Gnav cards were used in Denmark and Norway. It is not known exactly when the game first appeared. The earliest known Gnav-pack printed in Denmark is by Jacob Holmblad (1820-1837). Others are known by C. Steen and C. L. Keiblinger. Originally Gnav is believed to have been a gambling game but during the 19th century it changed into a children’s game played at Christmas. The game did not maintain popular appeal in Denmark after the 1920s. 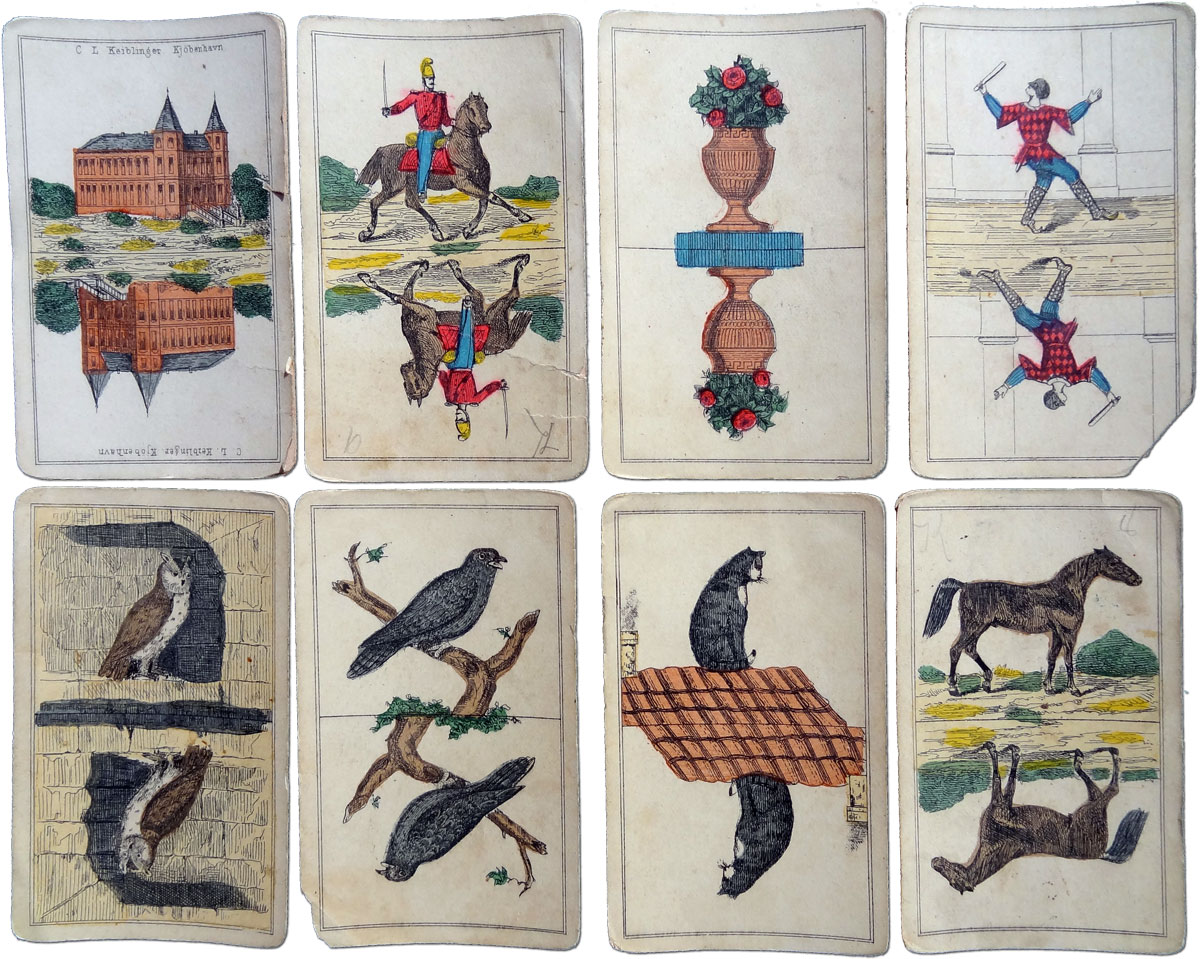 A Gnav deck consists of two of each of the following cards: the Cuckoo, the Horseman, the Cat, the Horse, the House, figure cards from 1-10 (or 1-12), the Garland (or zero), the Flowerpot, the Owl and the Fool. The Cuckoo is the highest card and the Owl the lowest.

The box states "med nye figurer" (with new pictures/figures). Instead of the usual house card, where the manufacturer often shows their factory, Steen has used a well-known castle north of Copenhagen, the "Eremitage-slottet", a royal hunting castle. See the Box► 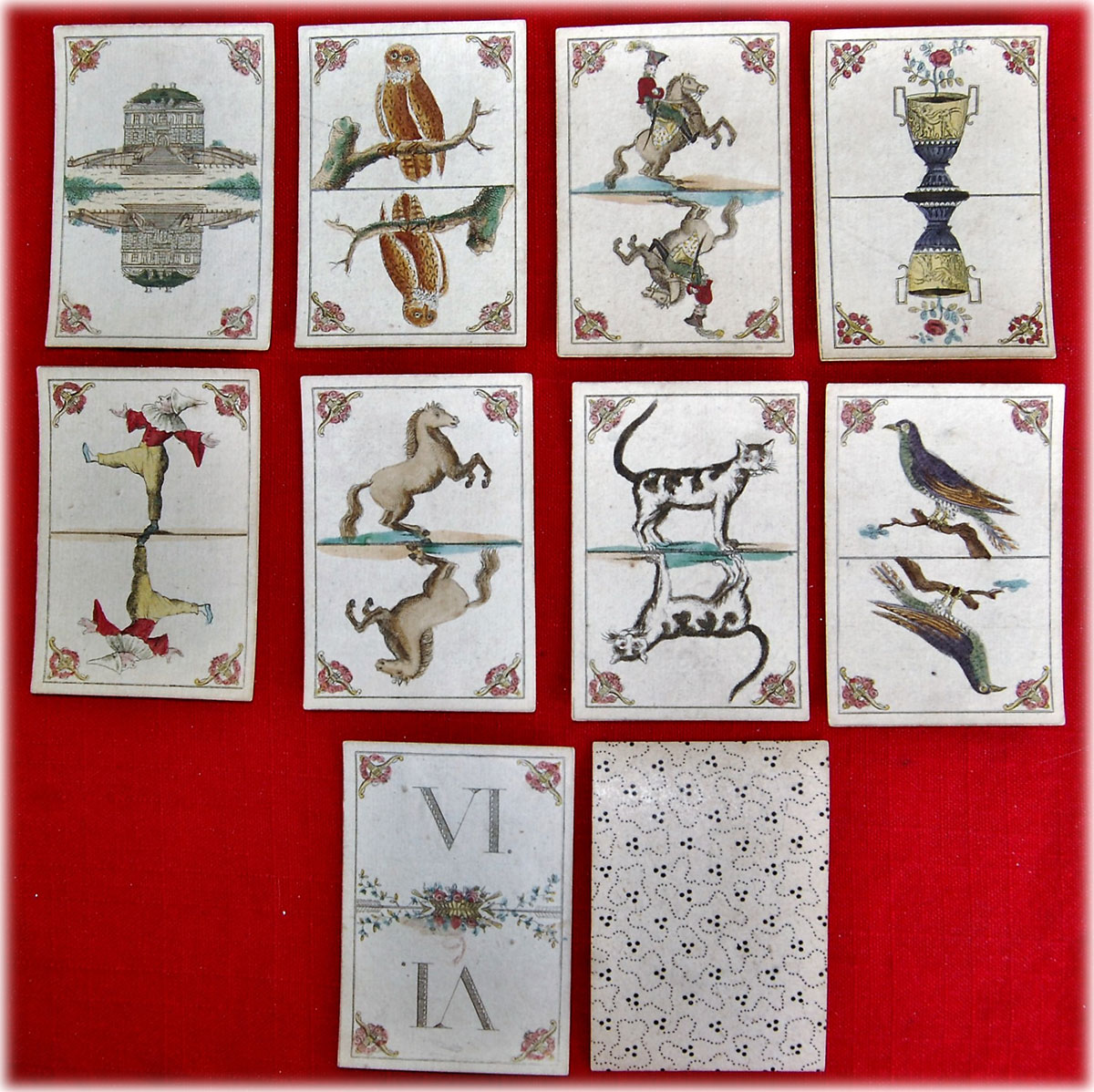 Above: very nice hand-coloured 'Gnav' game published by C. Steen, a prominent publisher and bookseller, whose address is given as 'on the corner of Pilestraede and Svaertegade', c.1825-40. Image courtesy Stephen Bohrer, extra research by Hans Jørgen Hinrup and Per Kristian Guntvedt.