After taking over from his father Jacob in 1837, L.P. Holmblad mastered the techniques and kept abreast of new production technologies. Possibly due to pressures of market competition, he began to innovate and had new designs drawn. He departed from the traditional animal images on tarok trumps which his father had employed and substituted images of buildings from Copenhagen and the surrounding area, mainly churches and castles. The deck had several editions (at least 4), with each new edition updating the latest changes to the buildings that had taken place since the previous edition. This tarok deck was continued by S. Salomon who were Holmblad's successors at the end of the century  see more → 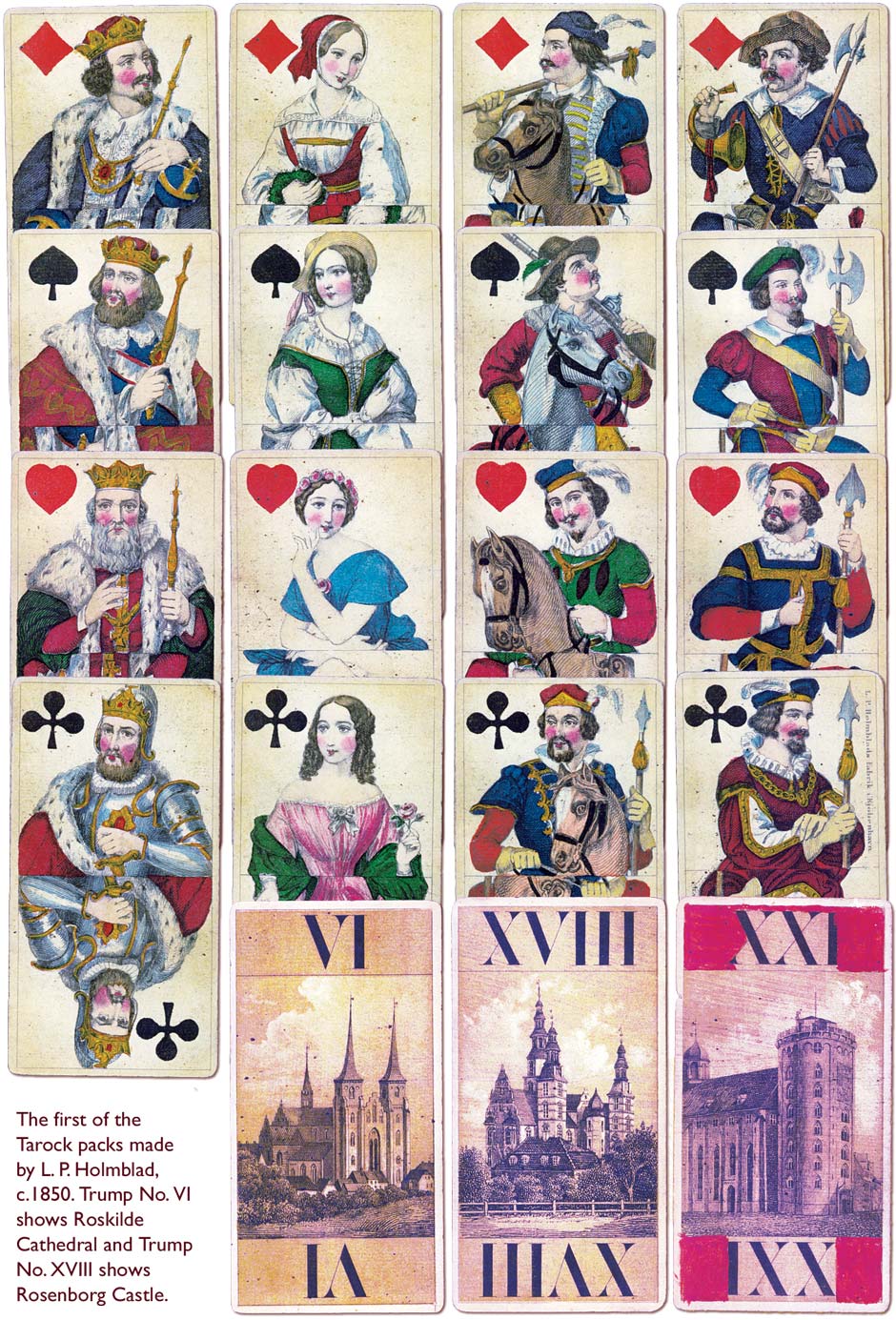 Above: cards from an early stencil-coloured Tarok pack made by L. P. Holmblad in c.1850. Holmblad was the most important card-producer in Denmark and became a household name. This design had several editions and this is the only one with six full-length images on the trump cards. The Roman numerals on the trumps were replaced by Arabic numerals, and the trumps became double-ended.