Right: an original sketch for the Jack of Spades →

Holmblad's designs gradually evolved away from the traditional French patterns into a Danish ‘House Pattern’. As copper plates wore out, or new lithographic printing processes were introduced, original and distinctive features appear in the re-drawn playing cards. The J♠ has a lowered head and his shield has one Danish lion showing. The Queens are wearing fashionable outfits from the time  next → 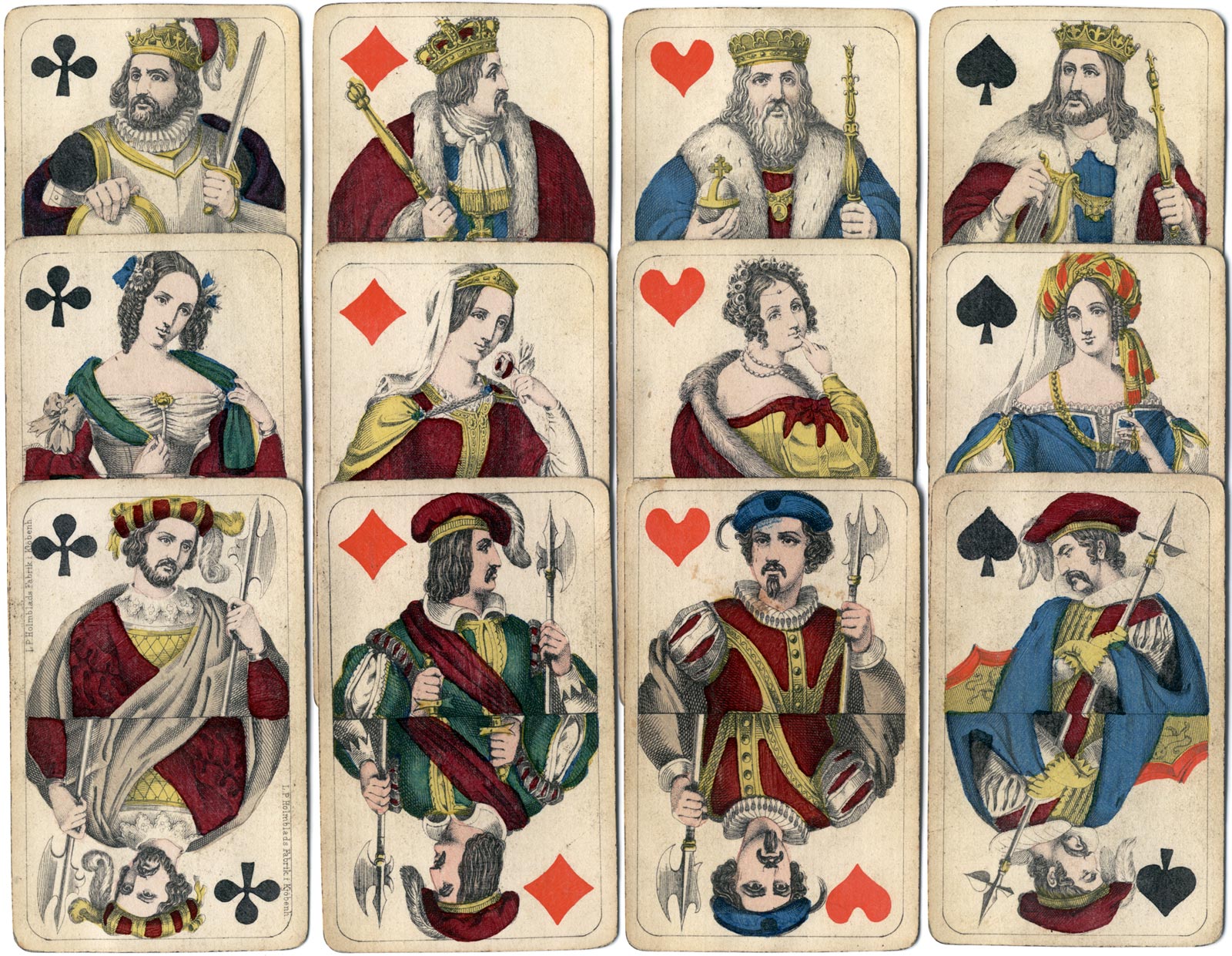 Above: L. P. Holmblad's house pattern used from c.1840, lithographic printing with stencil colouring, 52 cards. The manufacturer's name can be read down the sides of the J♣. The K♠ carries a harp as in the traditional French-type cards; but the J♠ is sleeping with his arms folded and his shield resting behind him, ready to awaken if there is danger.

Images courtesy Hans Jørgen Hinrup and historical notes taken from his articles published in The Playing-Card vol.33 no.4 April-June 2005 and vol.31 no.5, March-Apr 2003, IPCS London.