The design is purely 'Parisian' but the colouring is green, red, yellow and black. Belgium has taken this pattern for general use. 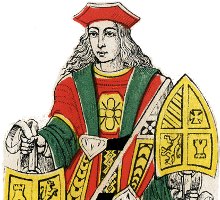 Purely 'Parisian' pattern in design, but the colouring is green, red, yellow and black. 40 or 52 cards. The pack is basically an export pattern from post-1827 France. Belgium has taken this pattern for general use and it is commonly found in many other parts of the world. For some reason the Jack of Clubs often bears a Spanish arms. It is distinguished from the Piedmont pattern by the diagonal division of the double-ended courts. 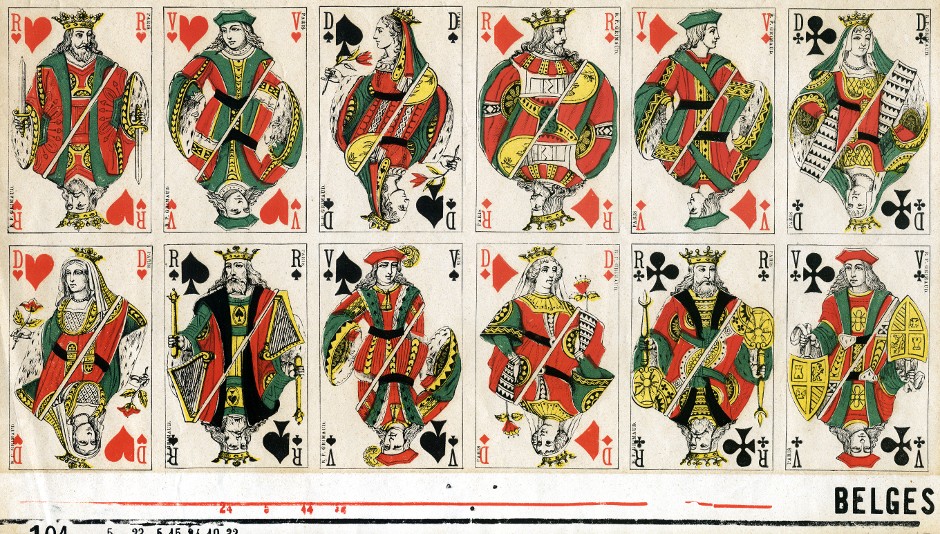 Above: Standard double-ended Genoese pattern cards from an uncut sheet manufactured by B. P. Grimaud, c.1920. Unlike the closely related 'Paris' pattern, the court cards are unnamed. 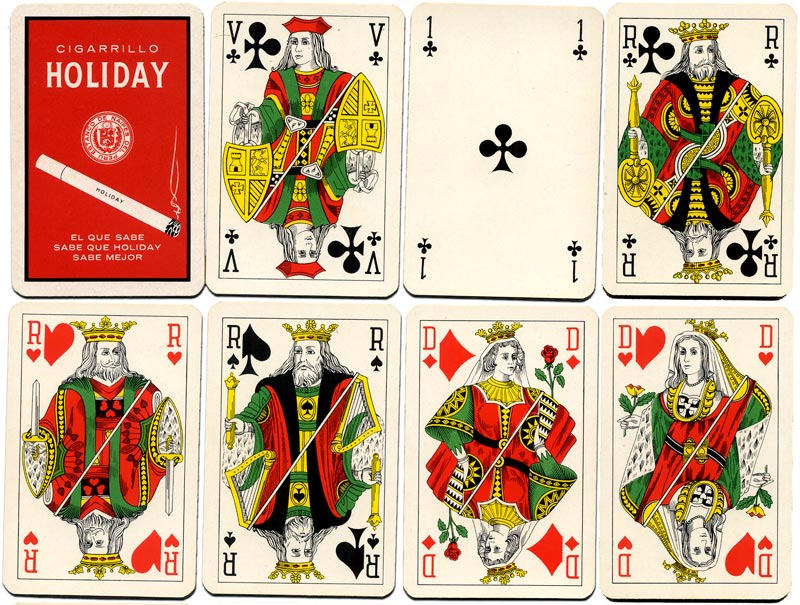