Above: Alexander, the most famous conqueror of Western history, as the king of clubs. Alexander the Great’s relentless energy and ambition drove him to explore remote parts of the world.

Although many of the figures were already known on earlier cards, the “Paris pattern” consolidated around the middle of the seventeenth century (based, perhaps, on the cards of Hector of Troyes). Single-figure courts prevailed until around 1830 when the double-ended version came into use. The court cards are usually named, and the reason for, or origins of, these names seems to derive from legendary heroes of antiquity. The Paris court card designs also appear in other parts of Europe as provincial variants (e.g. Belgian 'Genoese' pattern, Italian 'Piedmont' pattern). See Ken Lodge's Blog► 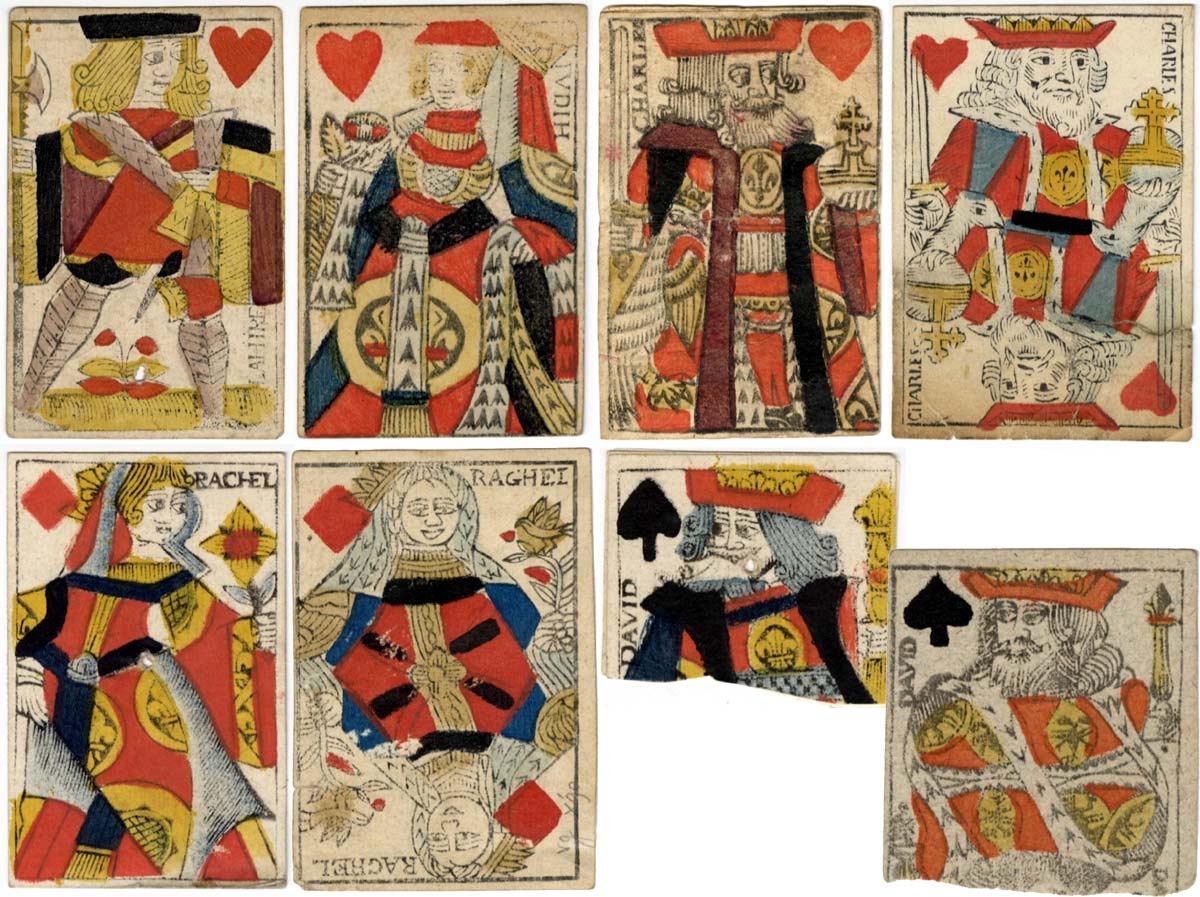 Above: a number of single cards, from different packs of different ages, demonstrating the Paris pattern, both single and double-ended. Each one is named after a legendary or historical person. 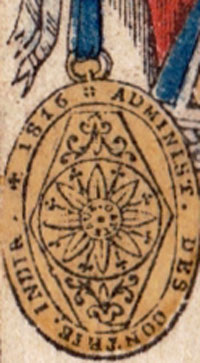 In the middle of the eighteenth century legislation was introduced making the Paris pattern the official portrait or pattern for the whole of northern France.

The outsized medallion held by the Jack of Clubs in his right hand was redesigned by Nicholas Marie Gatteaux, a member of a group of engravers who redesigned and standardised the Paris Pattern in 1813. Within this medallion are The Gatteaux Numbers. This was a time of massive French endeavour to standardise everything French under the “Code Napoleon” and set the pattern in a certain manner to last forever with no rogue variations. Well they certainly succeeded for a long time with the Paris pattern; introduced in 1813, the date on the medallion changed from time to time as follows:

These rules were dropped in the 1940s (not forever after all!) 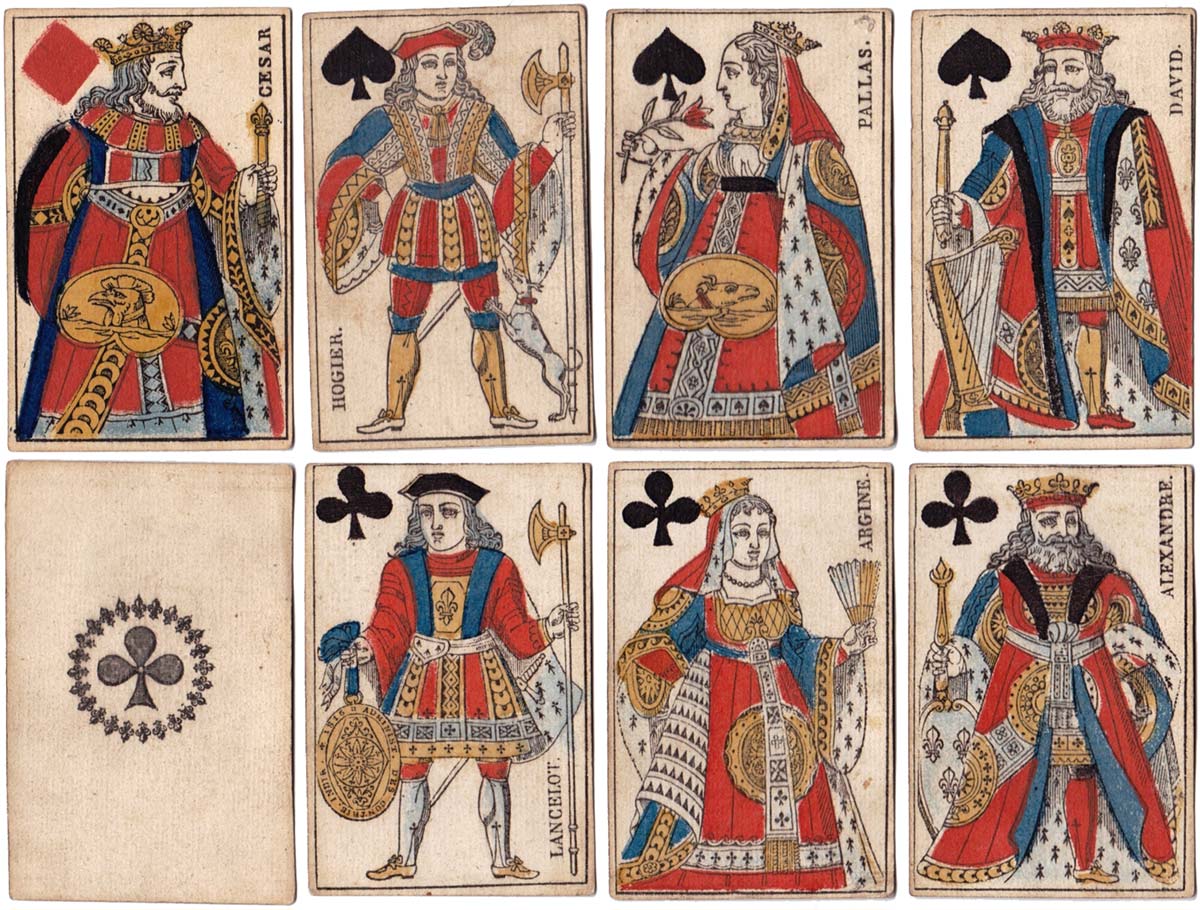 Above: cards from full-length version of the Paris pattern, c.1816-1827. Image and notes courtesy Rex Pitts. 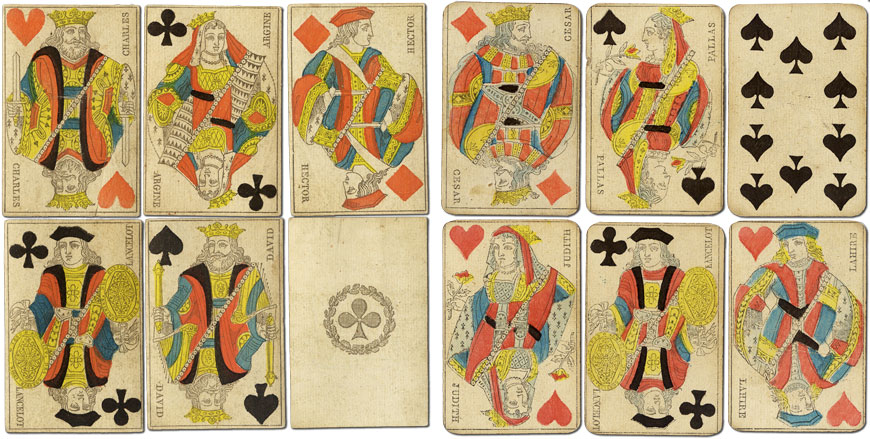 Above: two examples of standard double-ended Paris pattern playing cards, made by B. P. Grimaud, c.1855-75. Both sets are stencil-coloured. The left-hand set is from a 32-card deck and has square corners. The right-hand cards are from a 52-card deck, with rounded corners. There is an imperial eagle watermark on the right-hand cards. 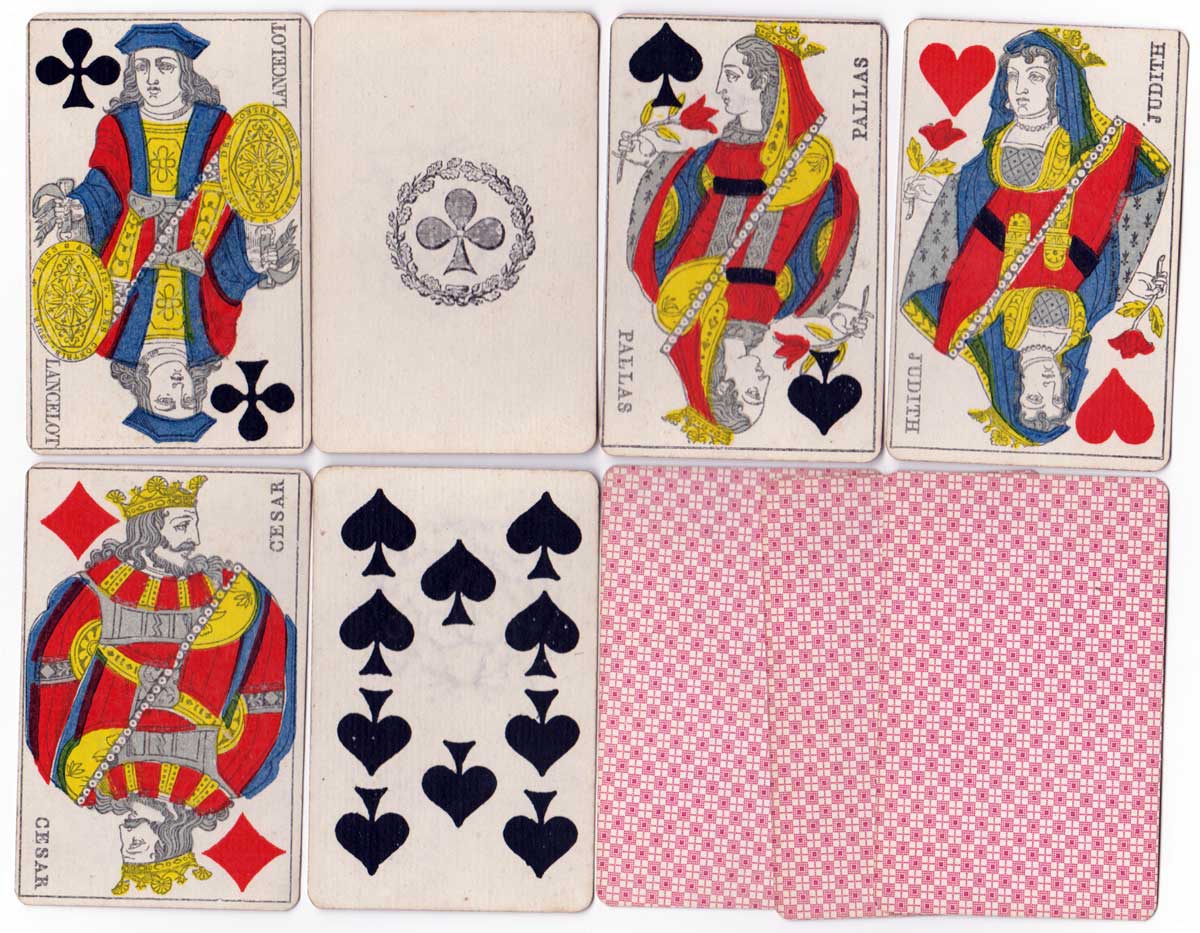