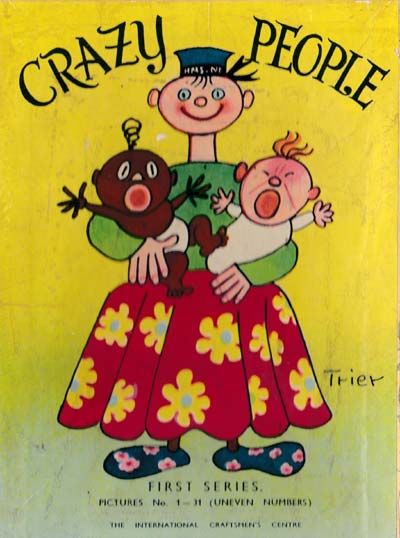 Crazy People children’s card game illustrated by painter, caricaturist and graphic artist Walter Trier (1890–1951), published by the International Craftmen’s Centre, c.1950. Each figure is cut into 3 parts - head, torso and legs - which can be interchanged and made into amusing figures. Trier’s Crazy People pictures were also published as folding picture books►

Trier provided the front cover design for every issue of Lilliput, a British monthly magazine of art, photography, humor and fiction, from its start until 1949. He has remained known until today mainly for his colourful children's book illustrations.