Zooloo Misfitz was designed by George Lambert and published by C.W. Faulkner & Co, c.1907. Lambert’s initials G.L can be seen on the bottom card in each set. The designs were described as “weirdly humorous and extra-ordinary”. Dicky the Donkey is reading The Daily Bray newspaper. At least three editions had been published by c.1908. These cards are a bit scruffy but you can’t deny the fun the children obviously had playing the game lots of times. 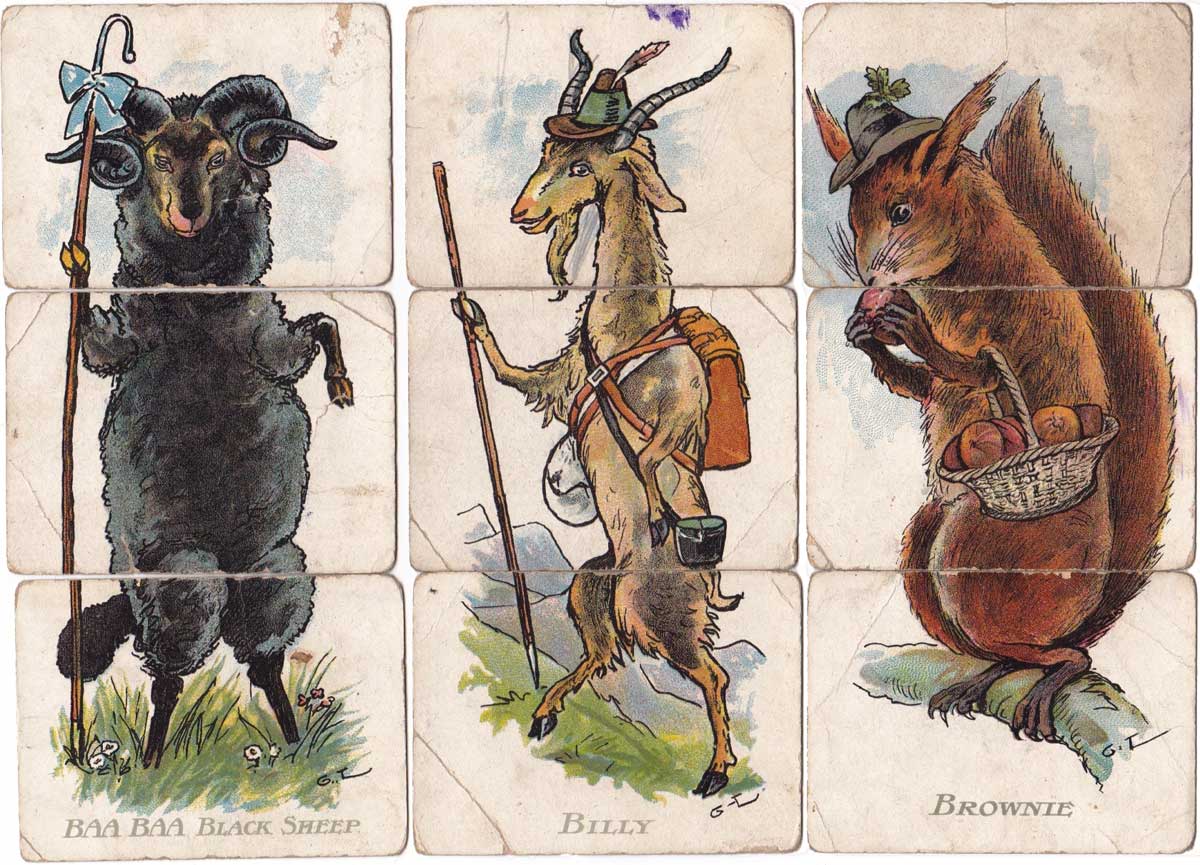 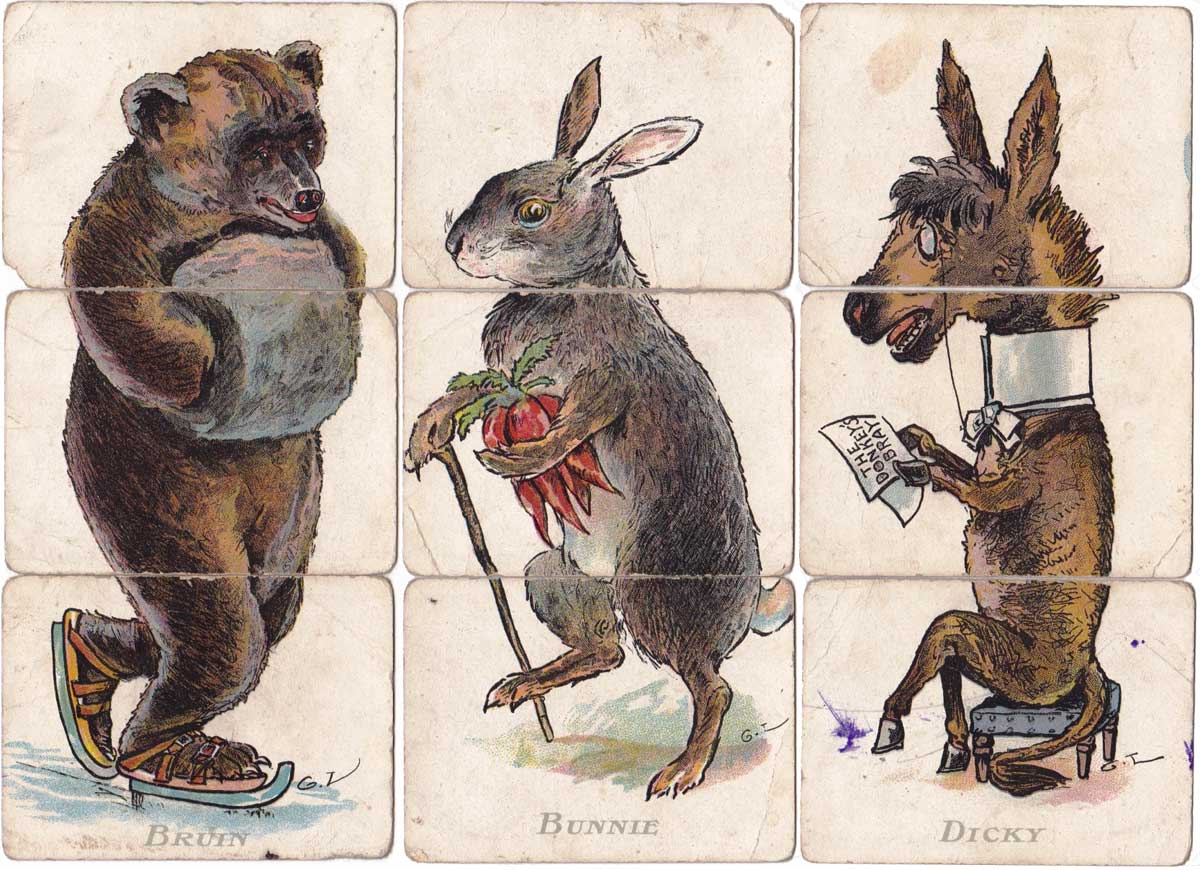 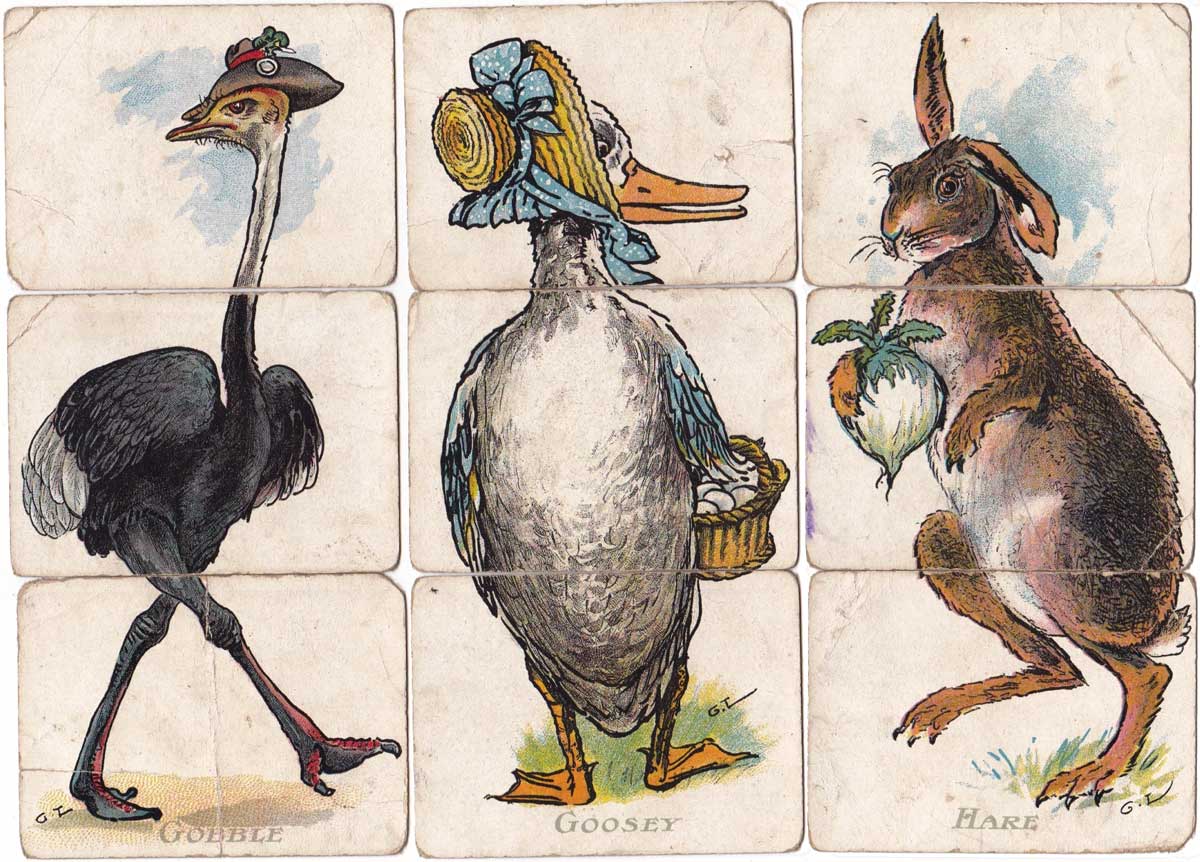 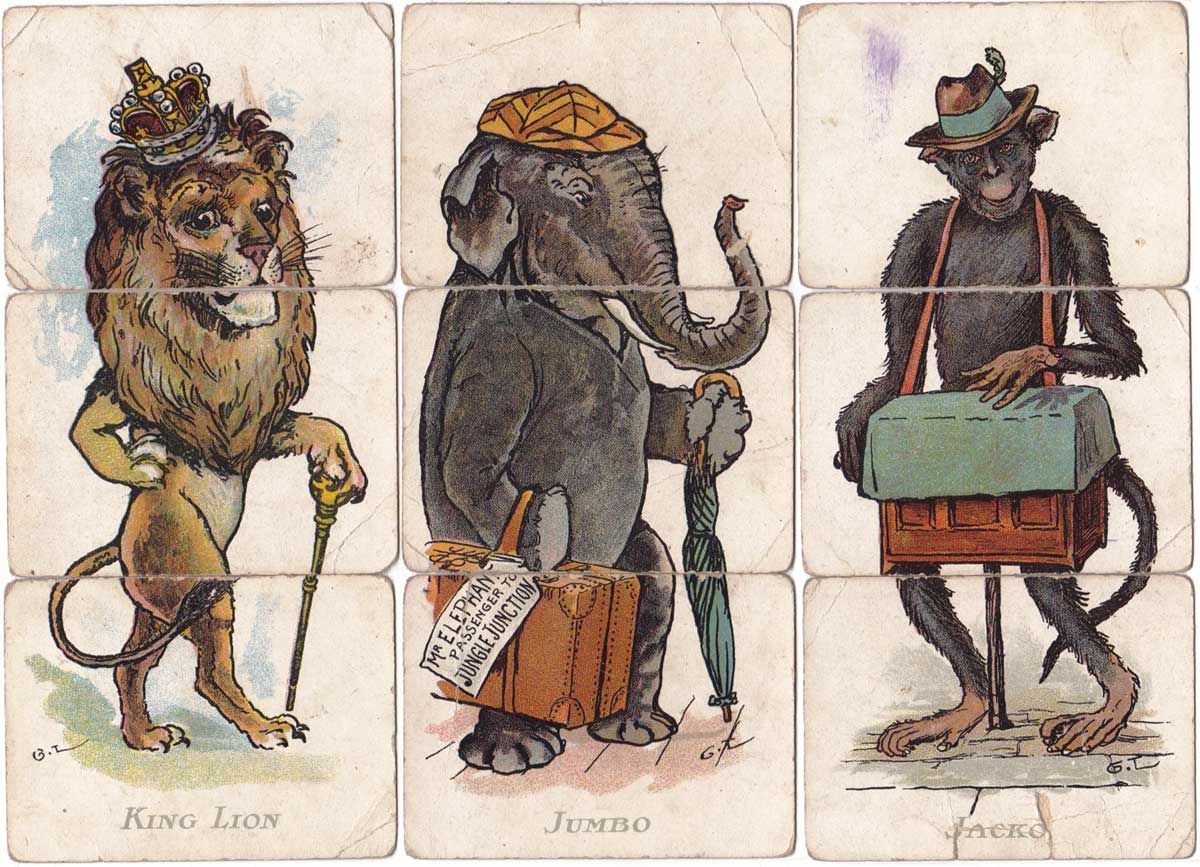 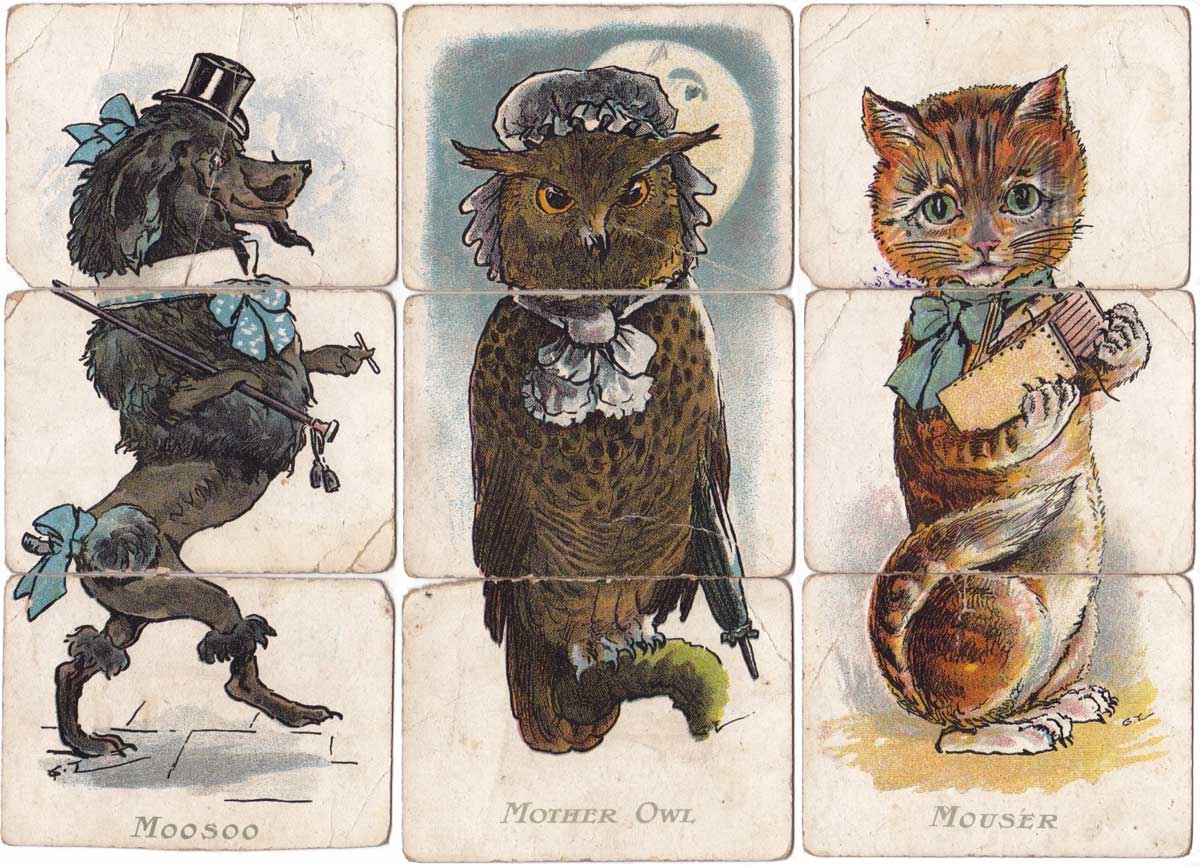 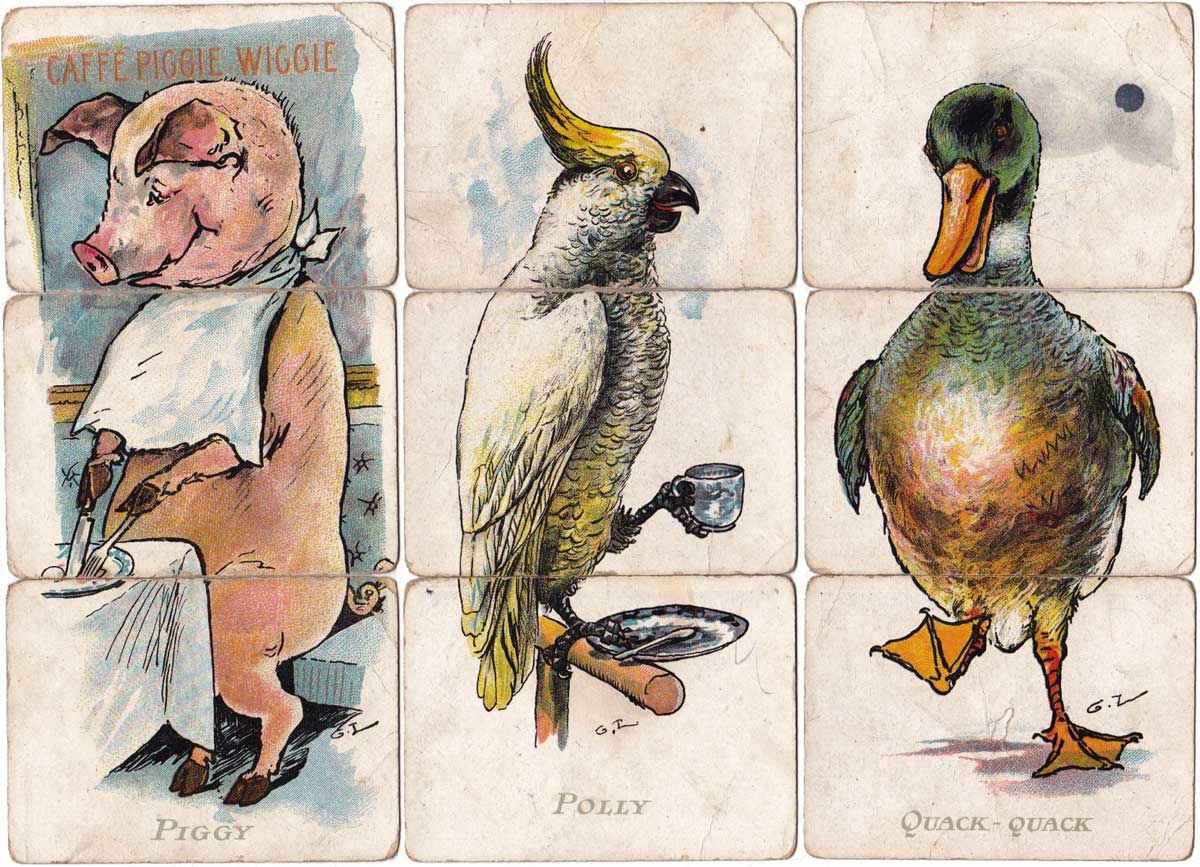 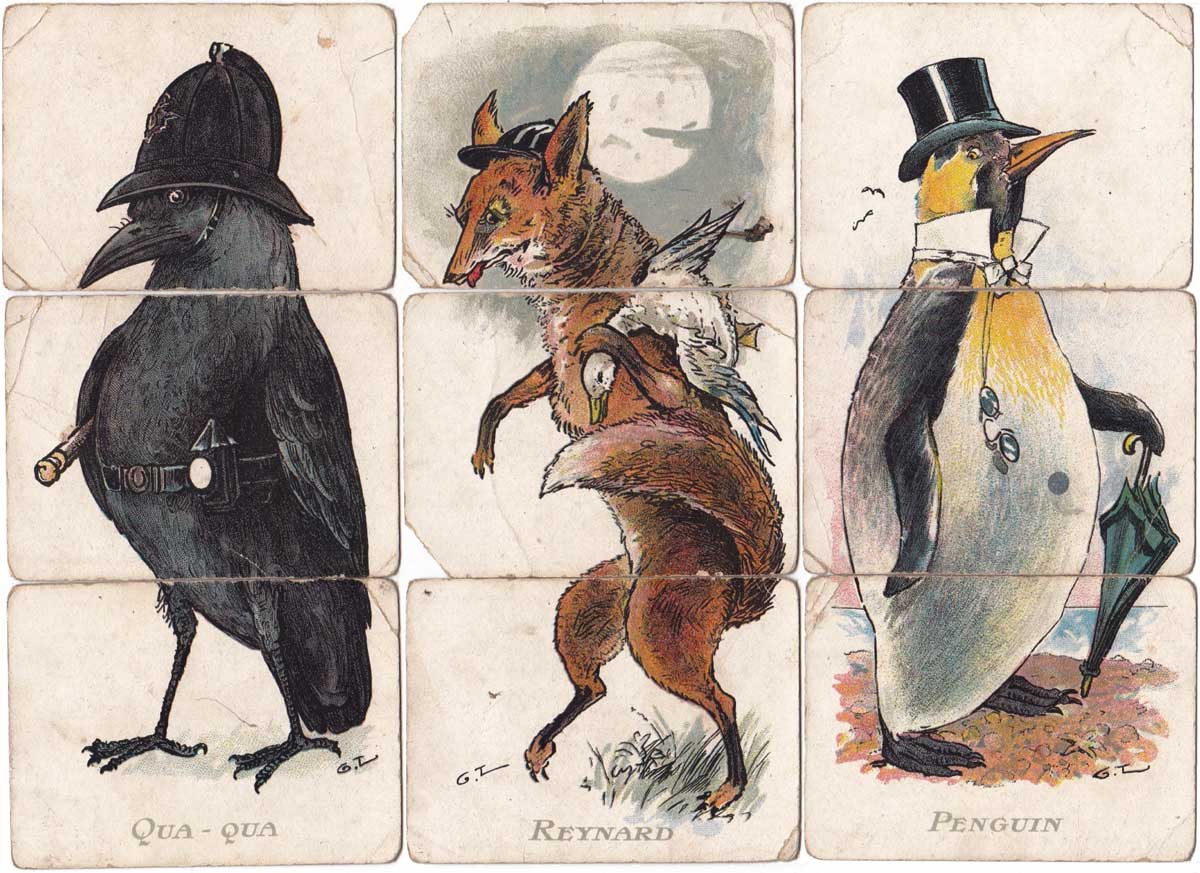 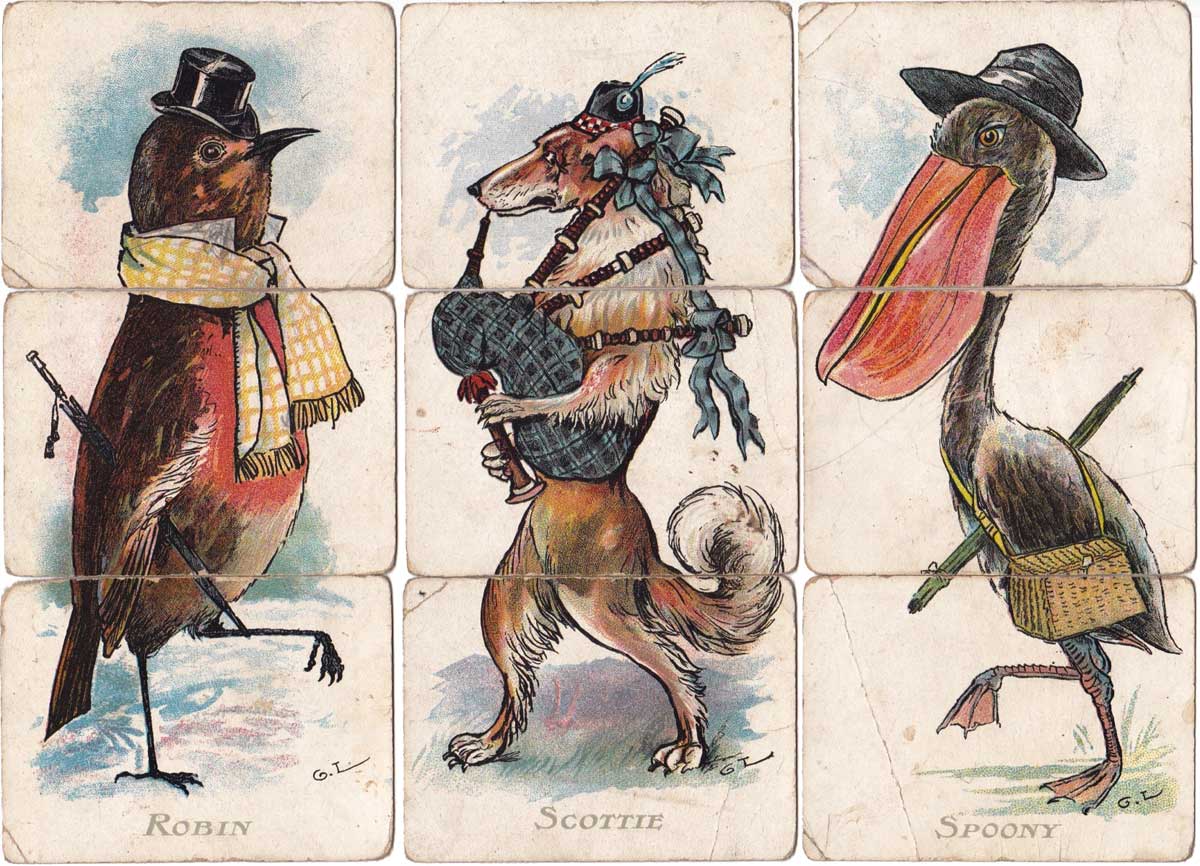