‘Sparx’ or ‘Listening In’

‘Sparx’ card game, or ‘Listening In’, published by Chad Valley Games, Harborne, c.1925. The images show what would have been the very cutting edge of modern technology at that time. The object of the game is to obtain one complete set of cards representing a broadcasting station. The two special cards - ‘Oscillator’ & ‘K.D.K.A.’ - add extra interest to the game. See the complete rules here→ 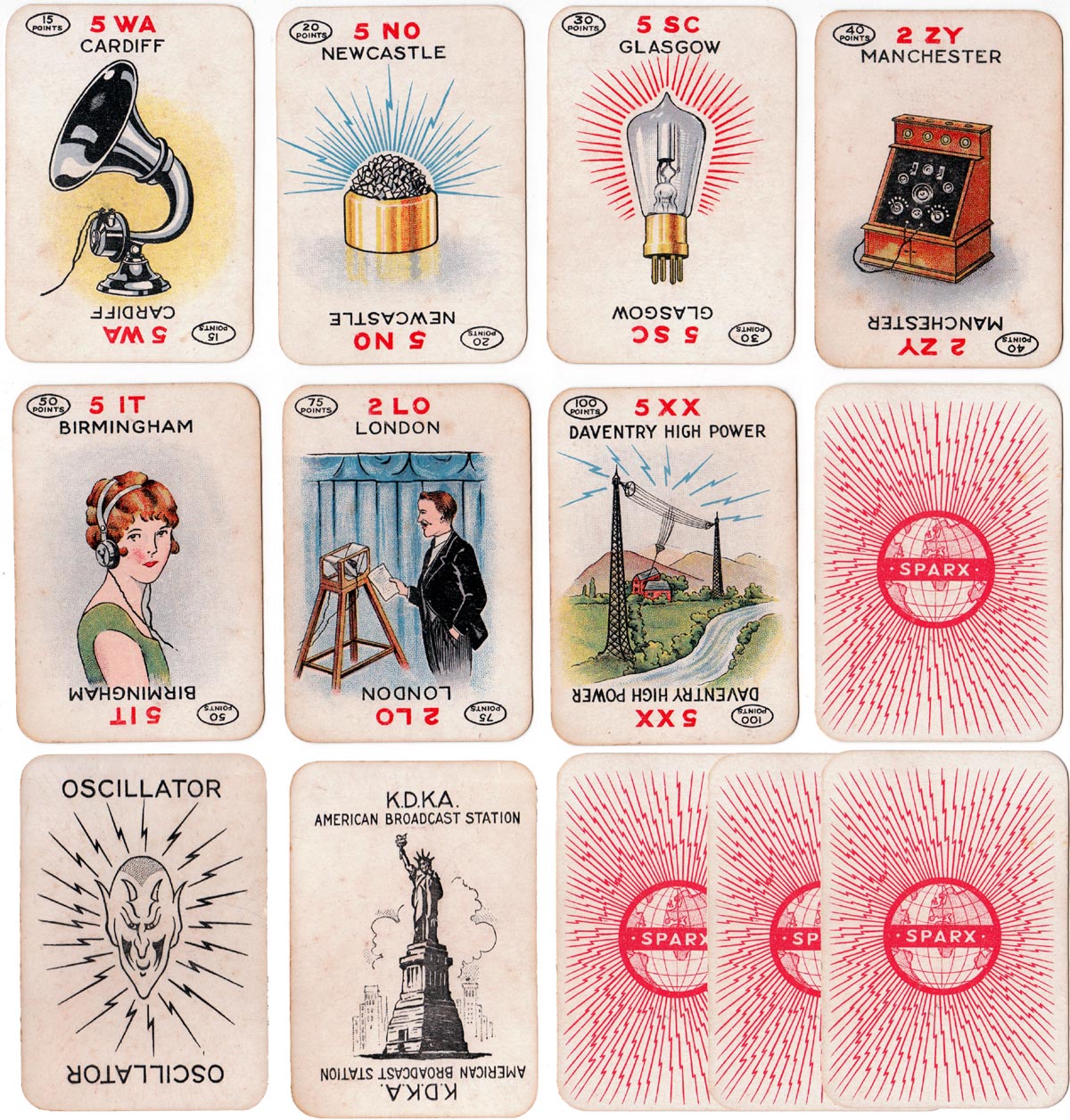 NOTE: the stations featured in the game tie it down to between July 27th 1925 and August 20th 1927 (or shortly afterwards, due to the design/manufacturing delay). 5XX wasn't from Daventry until the former date; and 5IT Birmingham closed on the latter. Thanks to Steve Phillips.