Lion Coffee was a brand of coffee sold by the Woolson Spice Company of Toledo, OH. During the late 1800s the firm began running promotions where consumers could redeem lion heads for gifts such as paper dolls, trading cards, educational games, etc. Collectible cards were also inserted into packets of Lion’s Coffee. Several card games are known from the 1890s on this basis which would have encouraged the purchase of many bags of coffee to collect a full set. 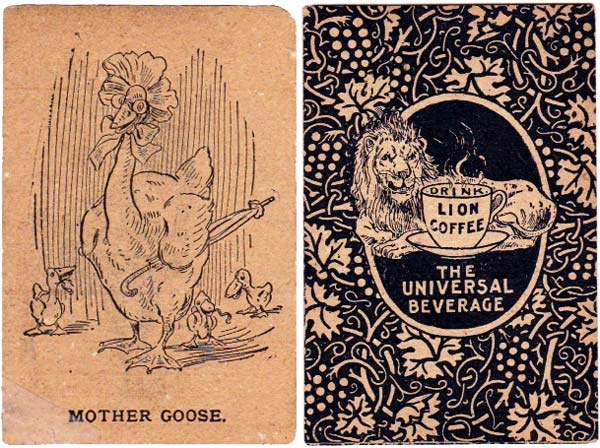 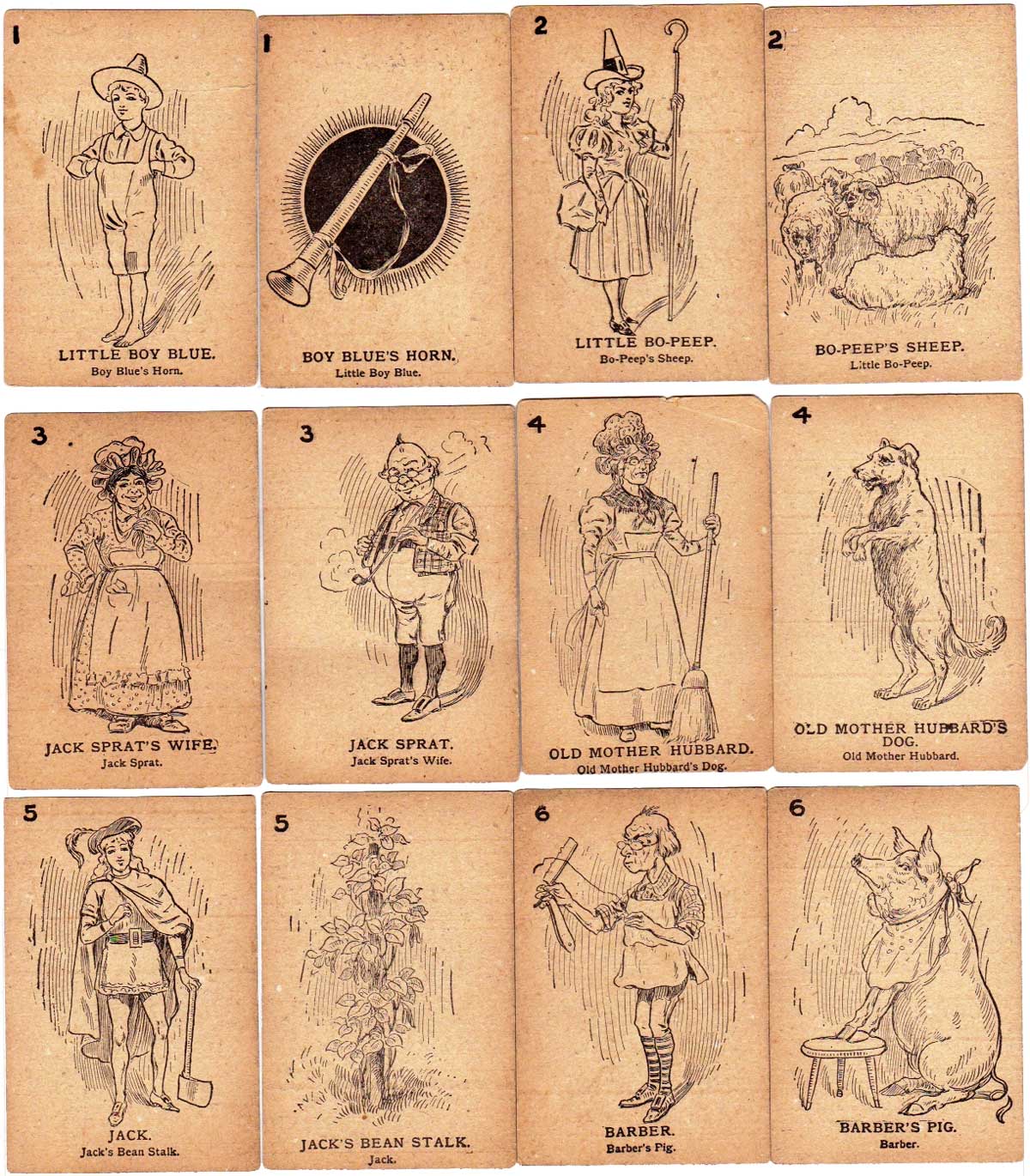 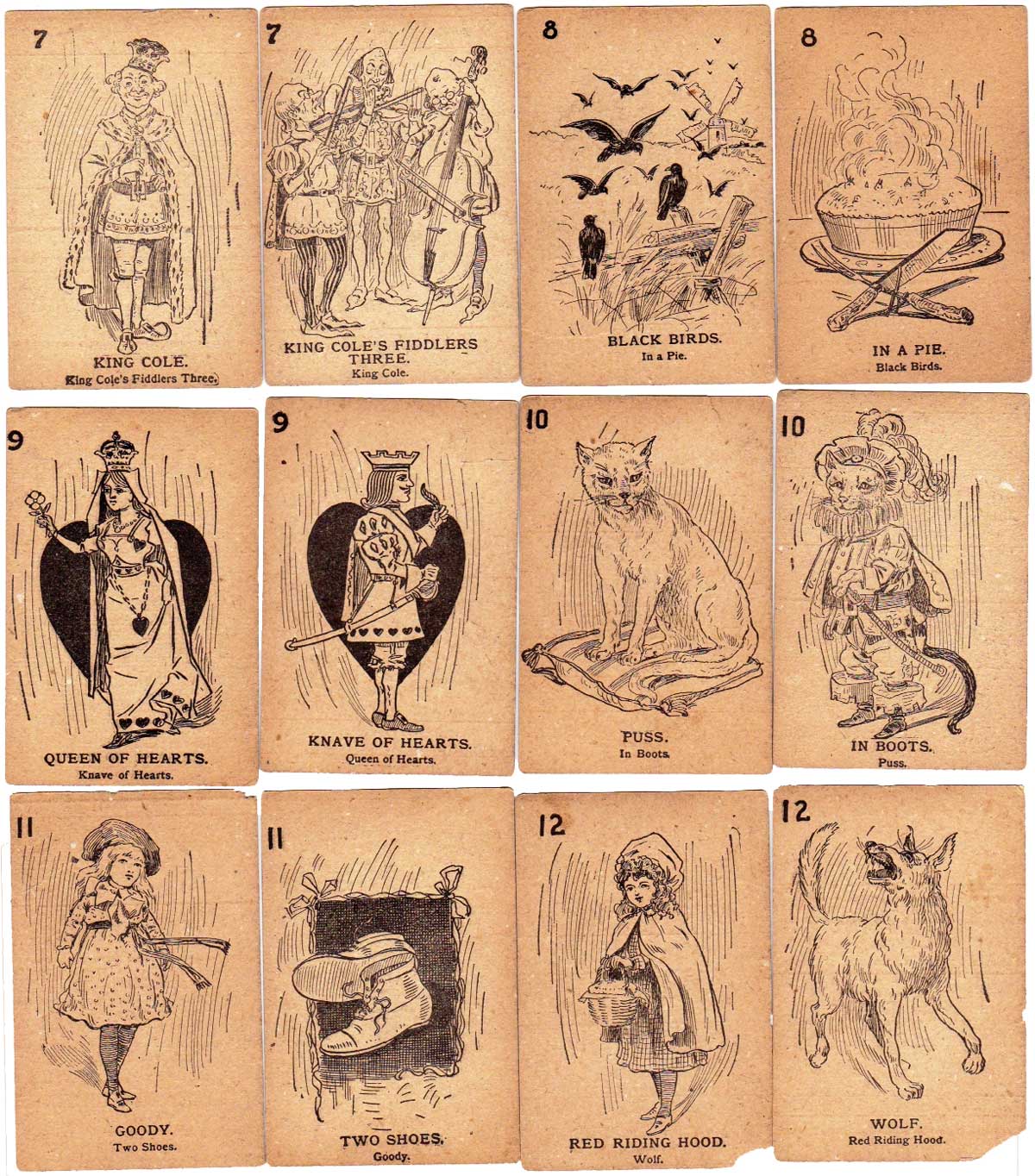 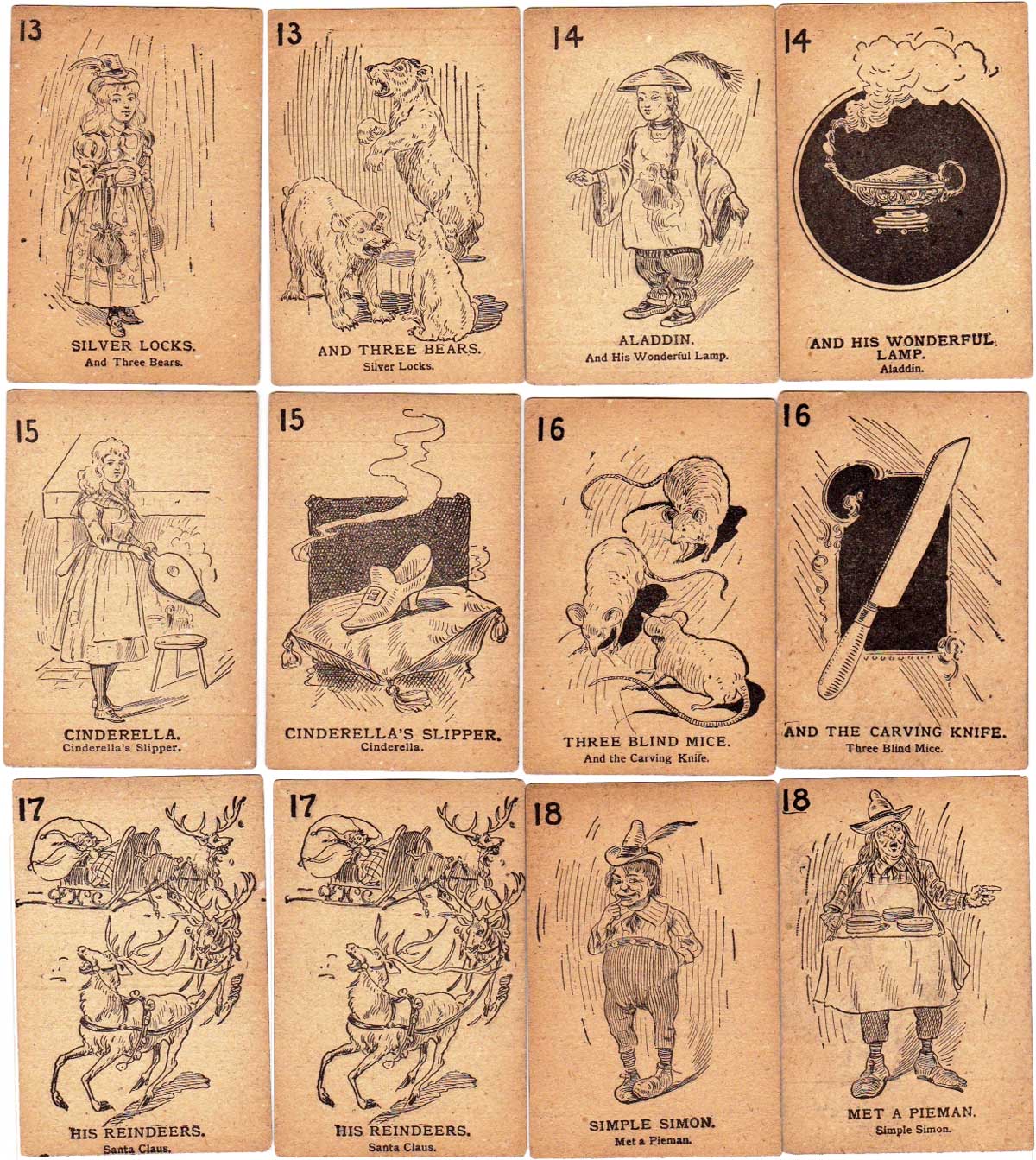 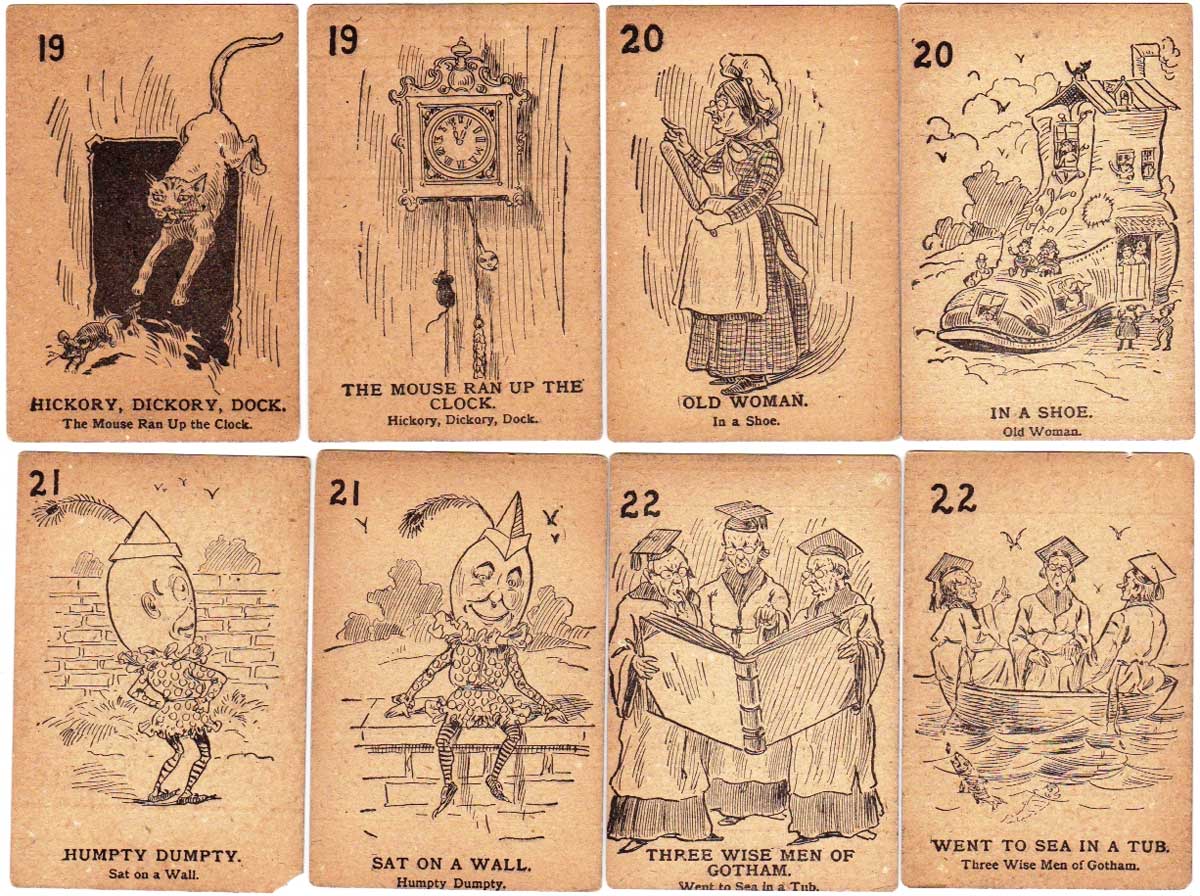 Above: Lion Coffee Mother Goose card game, late 19th century. 45 small size cards 100mm x50mm, printed on cheap card which has gone very yellow. The presence of a “Silver Locks” card (13) with the three bears points to the age of the cards. The bears’ adversary was named Silverlocks in the earliest appearance of the story but this was gradually favoured as Goldilocks, who we know now.