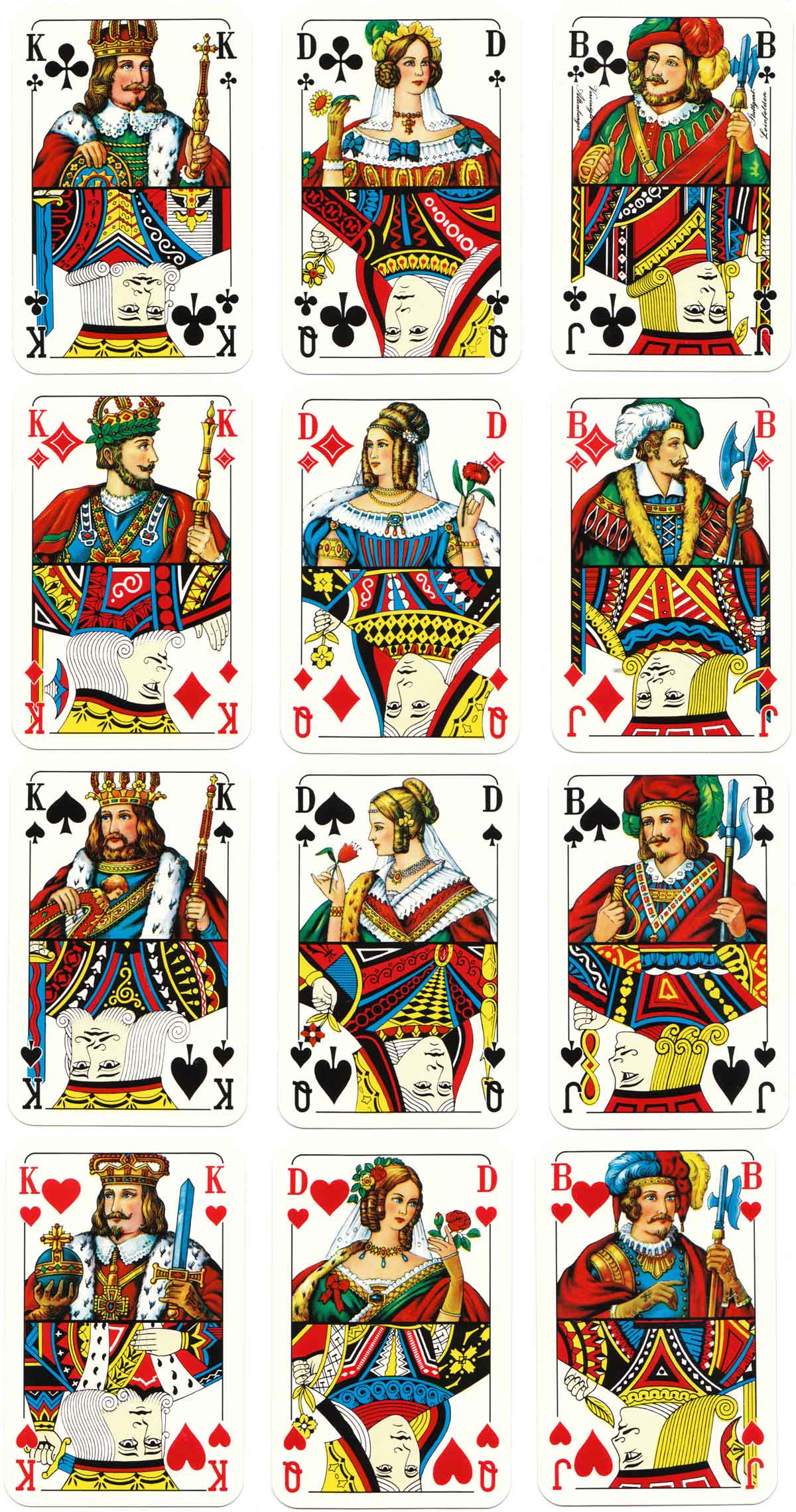 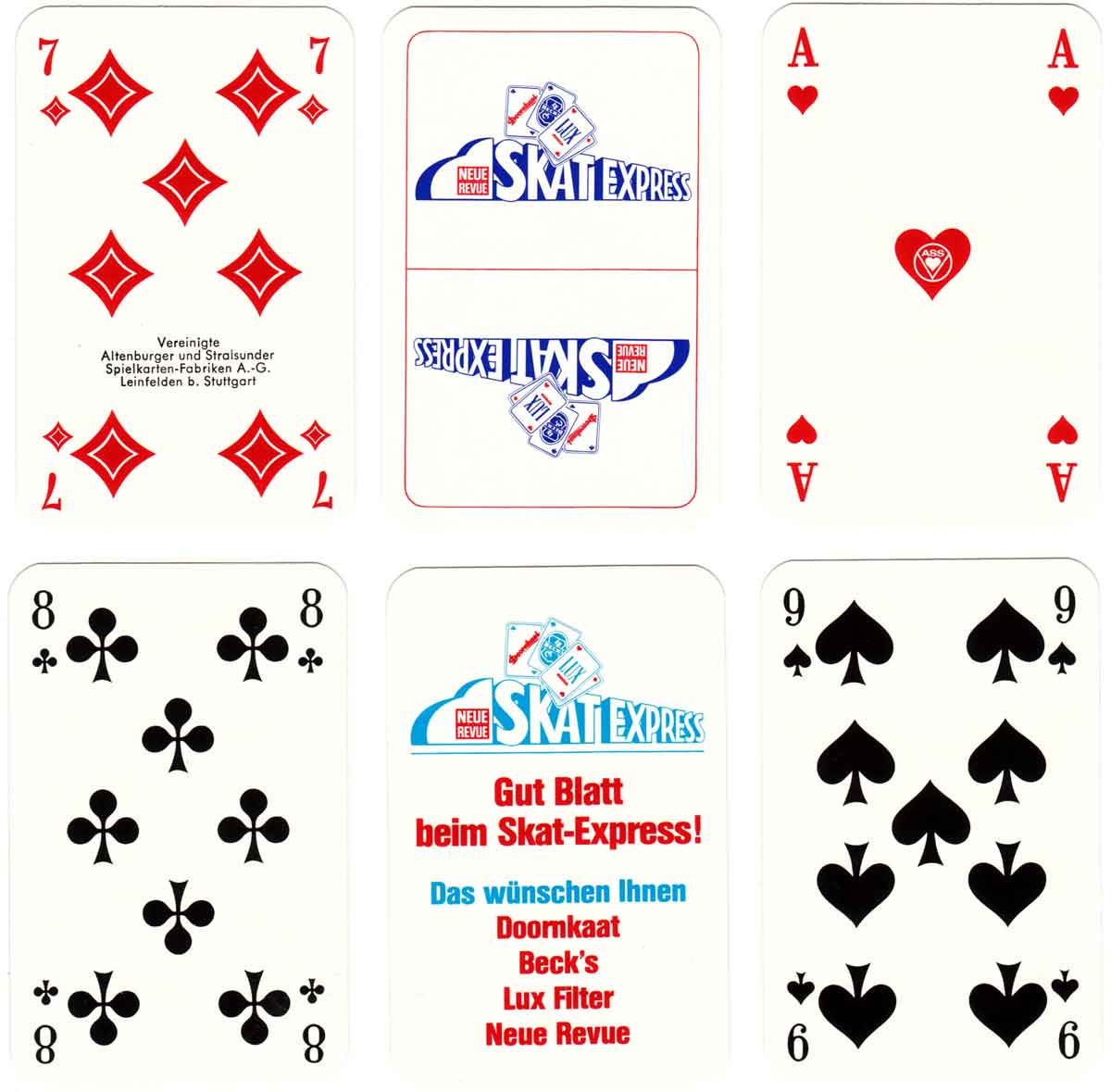 This one is also a skat pack but a bit odd, one end is similar to the Berlin pattern but the other end is more modern looking (look for curly moustacheos on all the males!). ISPA is International Skat Players Association► 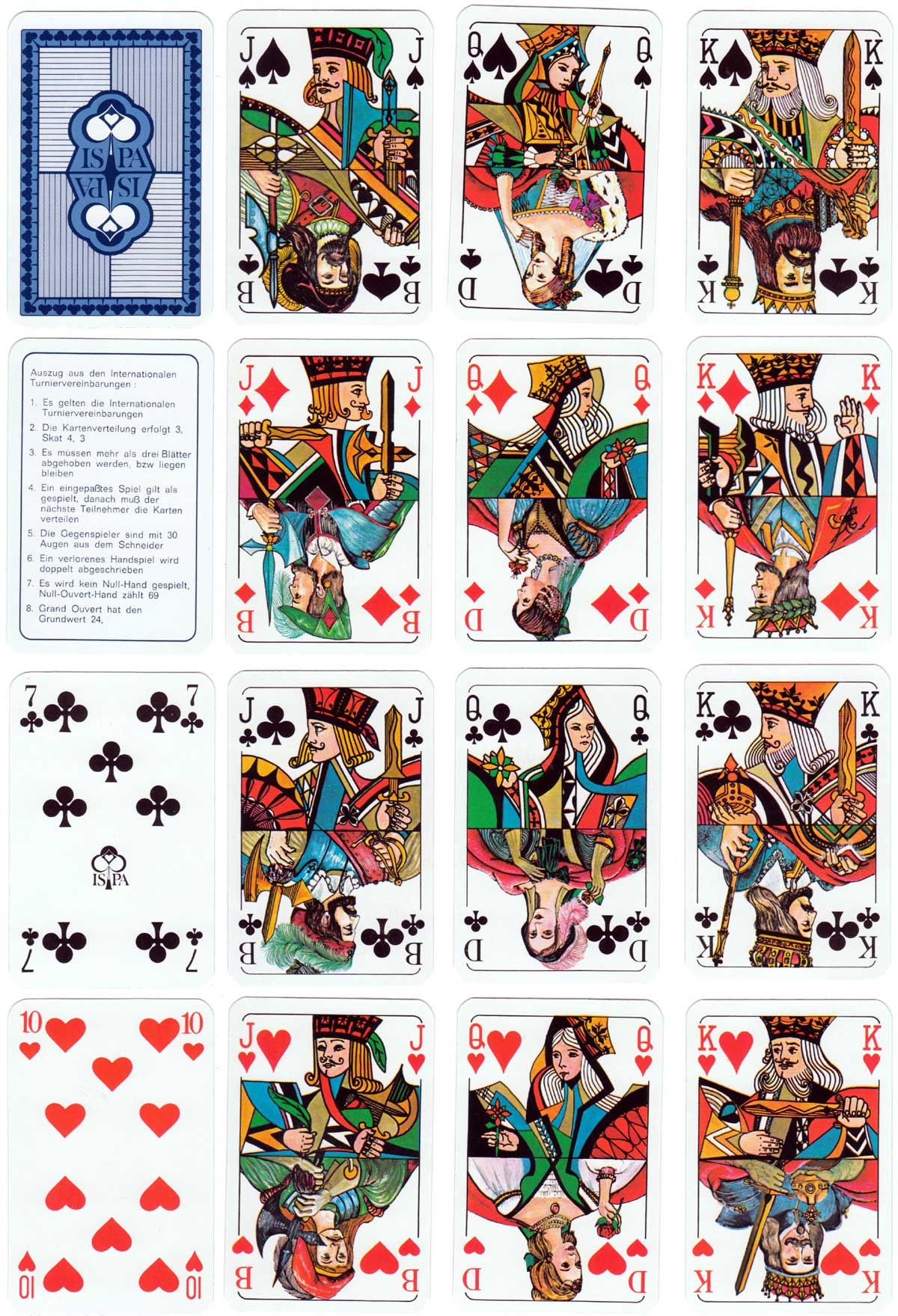 Above: ISPA Skat deck. The box has two sides, each with just the card back design and nothing else except ”ISPA” on the tuck flap. Courtesy Rex Pitts.