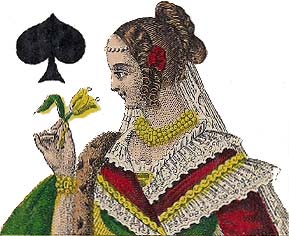 As its name suggests, this pattern is used mainly in North Germany where it has become a sort of national pattern. The design of the court cards, which appeared in the mid-19th century, is derived from the French ‘Paris’ pattern and packs are often labelled ‘Französisches Bild’ to distinguish from German-suited cards. The King of Diamonds has a laurel wreath under his crown reflecting his origin as ‘Caesar’ and the King of Spades is holding the top of his harp. The Queens wear costumes from the 1840s, have no crowns and hold flowers. The court cards are divided horizontally, are unnamed and the maker's name usually appears on the Jack of Clubs. 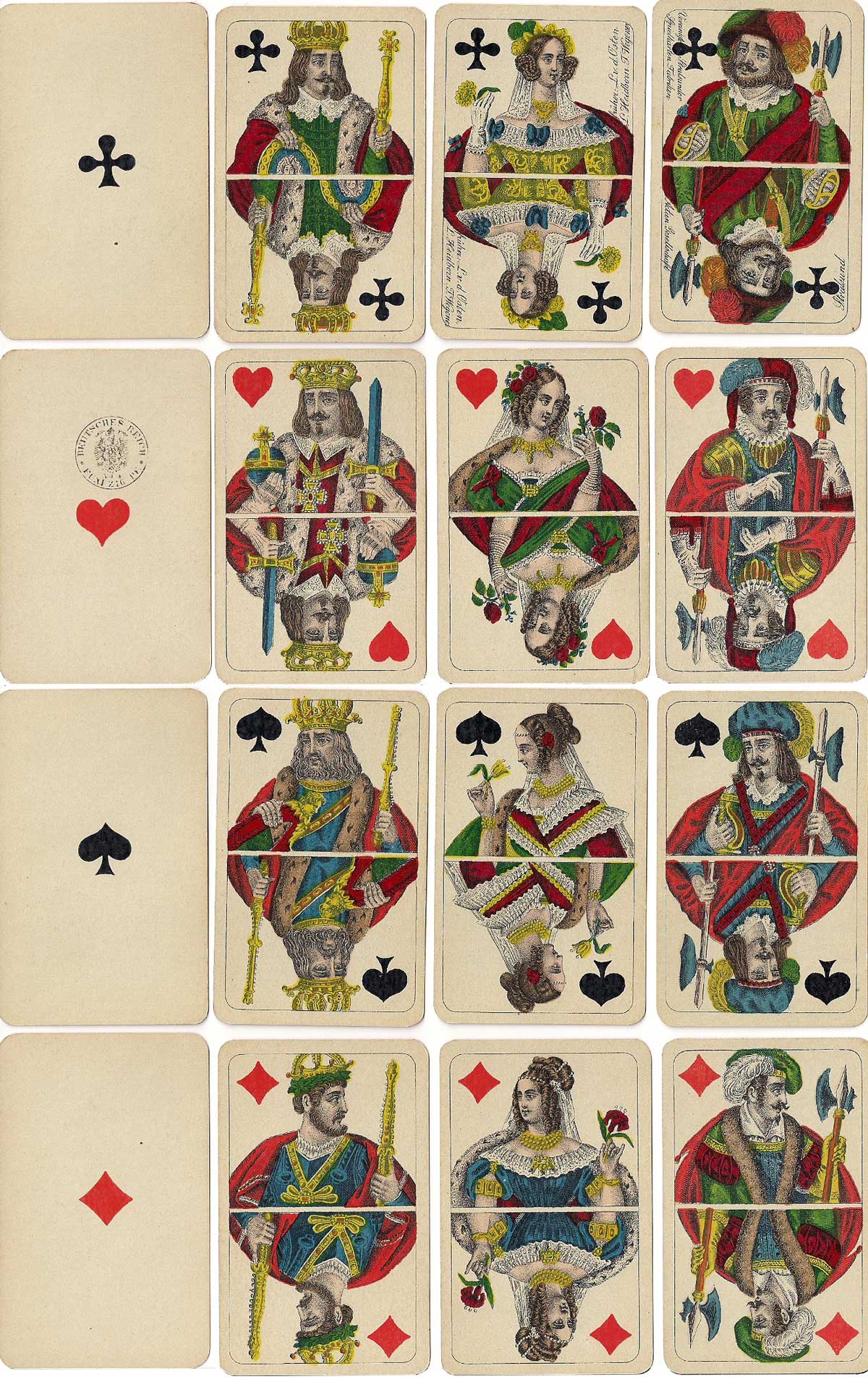 Above: detail from corner of jack of clubs

Above: North German pattern manufactured by Vereinigte Stralsunder Spielkarten Fabriken, c.1880. 40 cards running Ace to seven plus Jack, Queen and King in each suit. The court cards are engraved and coloured by stencil with excellent registration. No indices, corners gold tipped. The text on Queen of clubs reads: "früher: L.v.d.Osten. L.Heidborn. T.Wegener". In 1872 the company of Ludwig van der Osten merged with the two Stralsund companies Ludwig Heidborn and Theodor Wegener to found the "Vereinigte Stralsunder Spielkarten-Fabriken Actien- Gesellschaft Stralsund" which is the inscription on the Jack of Clubs, suggesting a date in the early years of the newly-founded company. The horizontal, white dividing line is also characteristic of many earlier editions. The version of the tax stamp on the Ace of Hearts was in use from 1878 to c.1890. Image courtesy Rod Starling. See slightly later versions 1899-1903, 1903-1918► 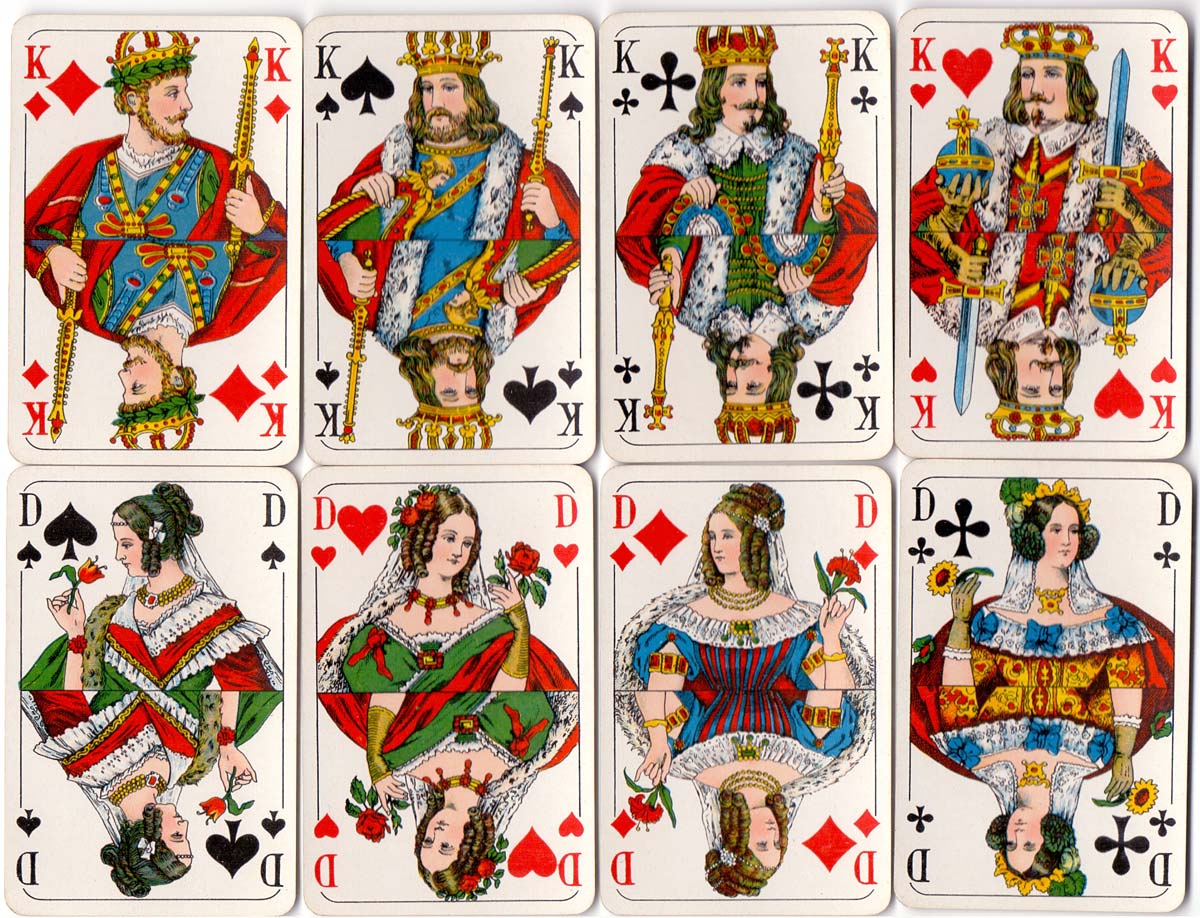 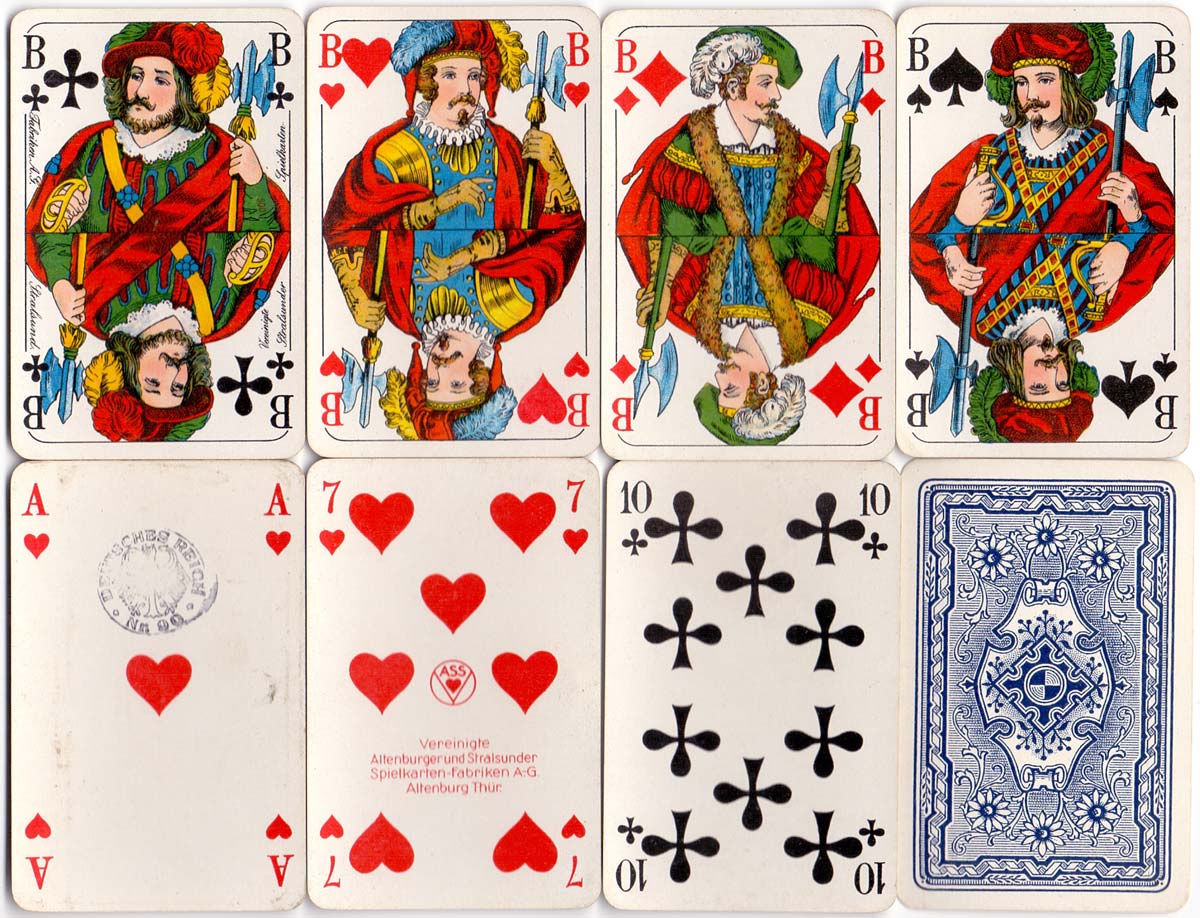 Above: German ‘Skat’ deck in the North German pattern manufactured by Vereinigte Altenburger und Stralsunder Spielkarten-Fabriken A-G., 32 cards in leather booklet, c.1935. The revenue tax stamp on the Ace of Hearts was in use from 1931 to 1936 and Nr.90 was the Altenburg office.