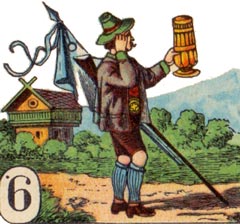 This pattern is known with single-ended and double-ended court cards. Although the costumes have been given a florid makeover, several of the court cards brandish military weapons and have poses which can be traced back to cards of the 16th century, and are also related to the Bohemian, Salzburg and Franconian patterns. The coat-of-arms of Bavaria can bee seen on several cards. The Ace of Hearts has a blindfold cupid and also displays the duty tax stamp. Small vignettes appear beneath the pip cards showing a series of country scenes or other local imagery. These old German-suited cards are gradually being taken over by standard English cards and may eventually become obsolete. 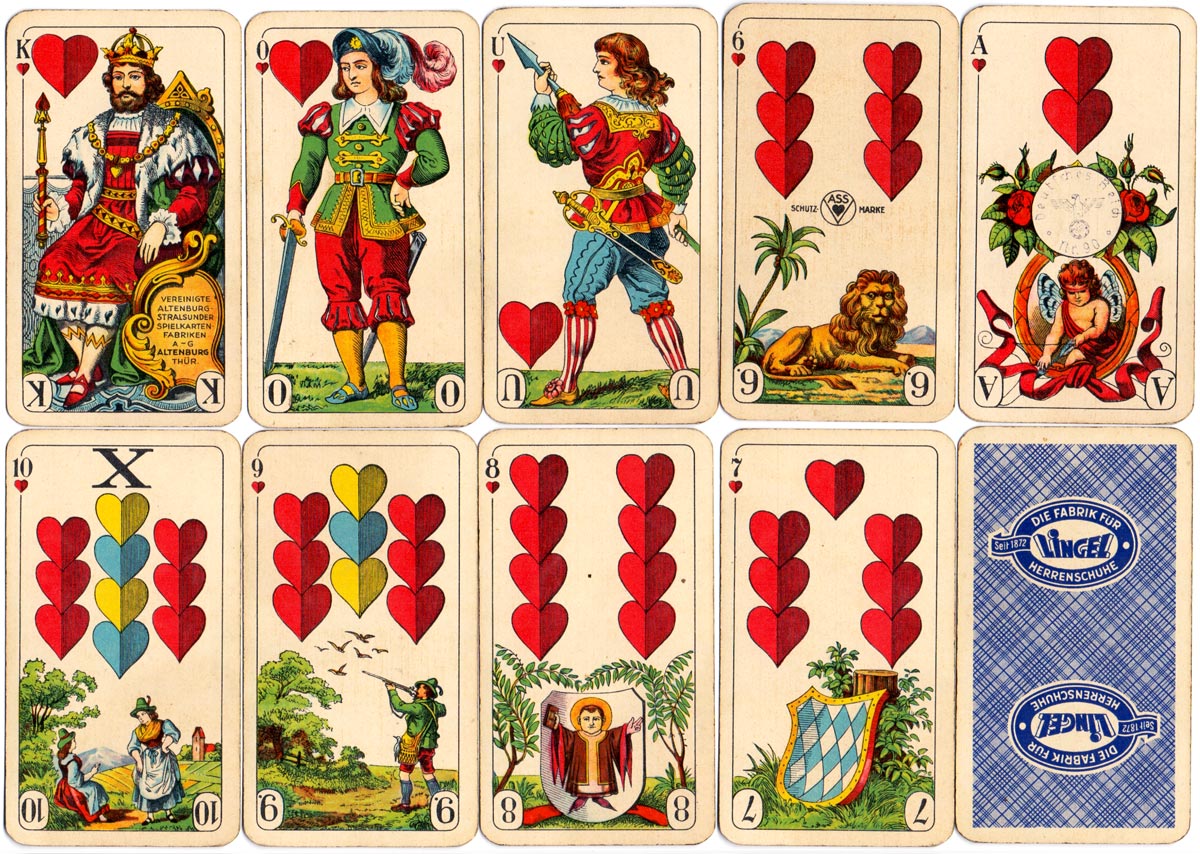 Above: Bavarian single-ended pattern manufactured by Vereinigte Altenburg-Stralsunder Spielkarten-Fabriken A-G., c.1937. German suit symbols, 36 cards, the coat-of-arms of Bavaria can bee seen on several cards. This is a promotional edition and the reverse has advertising for a men's shoe factory: “Lingel - Die Fabrik fur Herrenschuhe”. It was normally sold as “Bayerisches Einfachbild Nr.15a” with standard tarotée backs. The tax stamp on the Ace of Hearts was used from 1936 to 1939.