“Kaiserkarte” was published specially for the last German emperor and King of Prussia, Wilhelm II. The cards were printed at the Altenburg Card Factory (Altenburger Spielkarten Fabrik Schneider & Co) in 1895-1897. The back features a medallion surrounded by an oak wreath. In the centre are the coats of arms of Germany, Austria and Italy, with a crossed sword and caduceus. German motto: “Einigkeit macht stark” (Together we are stronger). 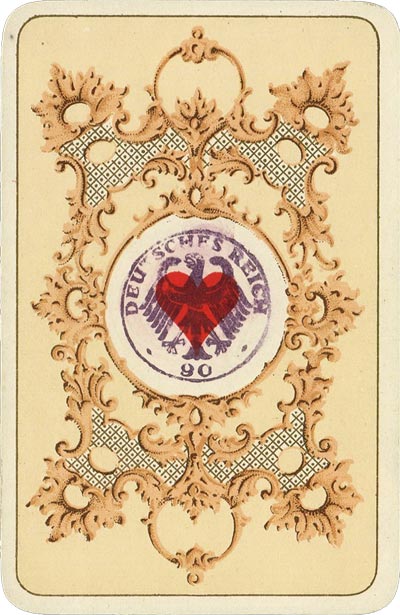 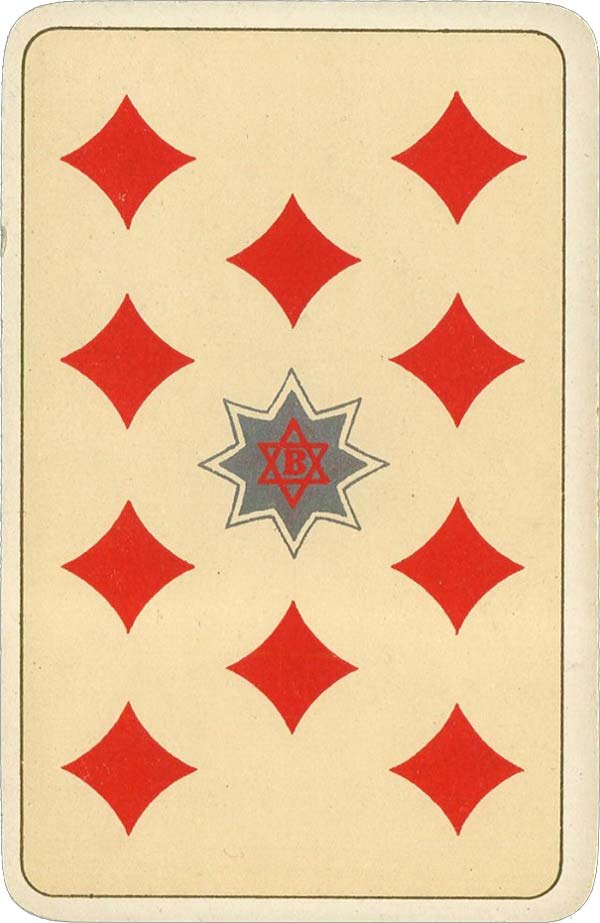 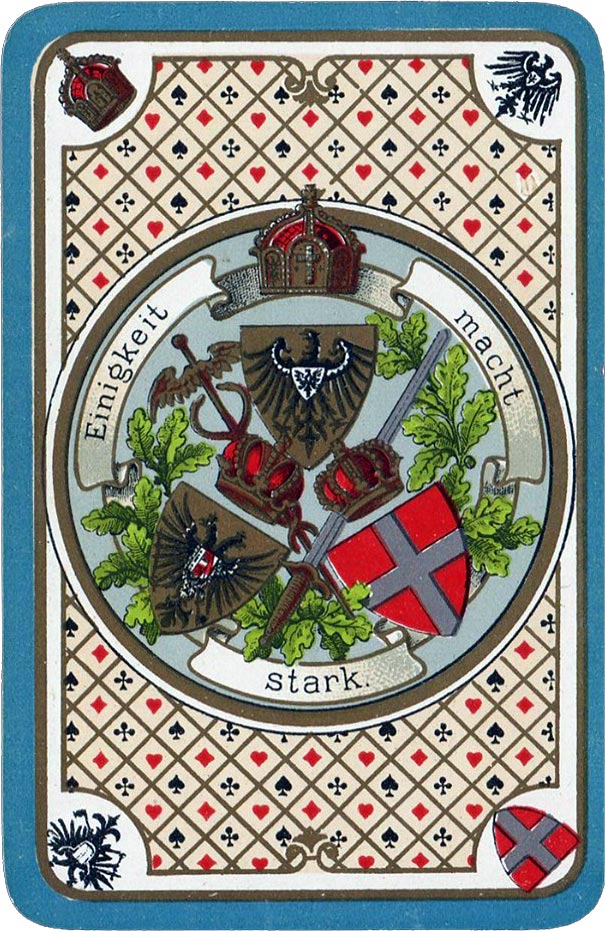 The courts depict historical figures: King of Hearts - Franz I. His Queen is a lovely woman dressed in a Renaissance style costume. Jack of Hearts – Landsknecht. The King of Clubs is Louis the Pious, Jack - Knight Templar. The King of Diamonds resembles the features of Charles VII. The Queen - His Beloved Agnes Sorel. King of Spades - Louis XIV (Sun King). Note: decks for the Royal household would have no tax stamps, but those printed for general sale do. 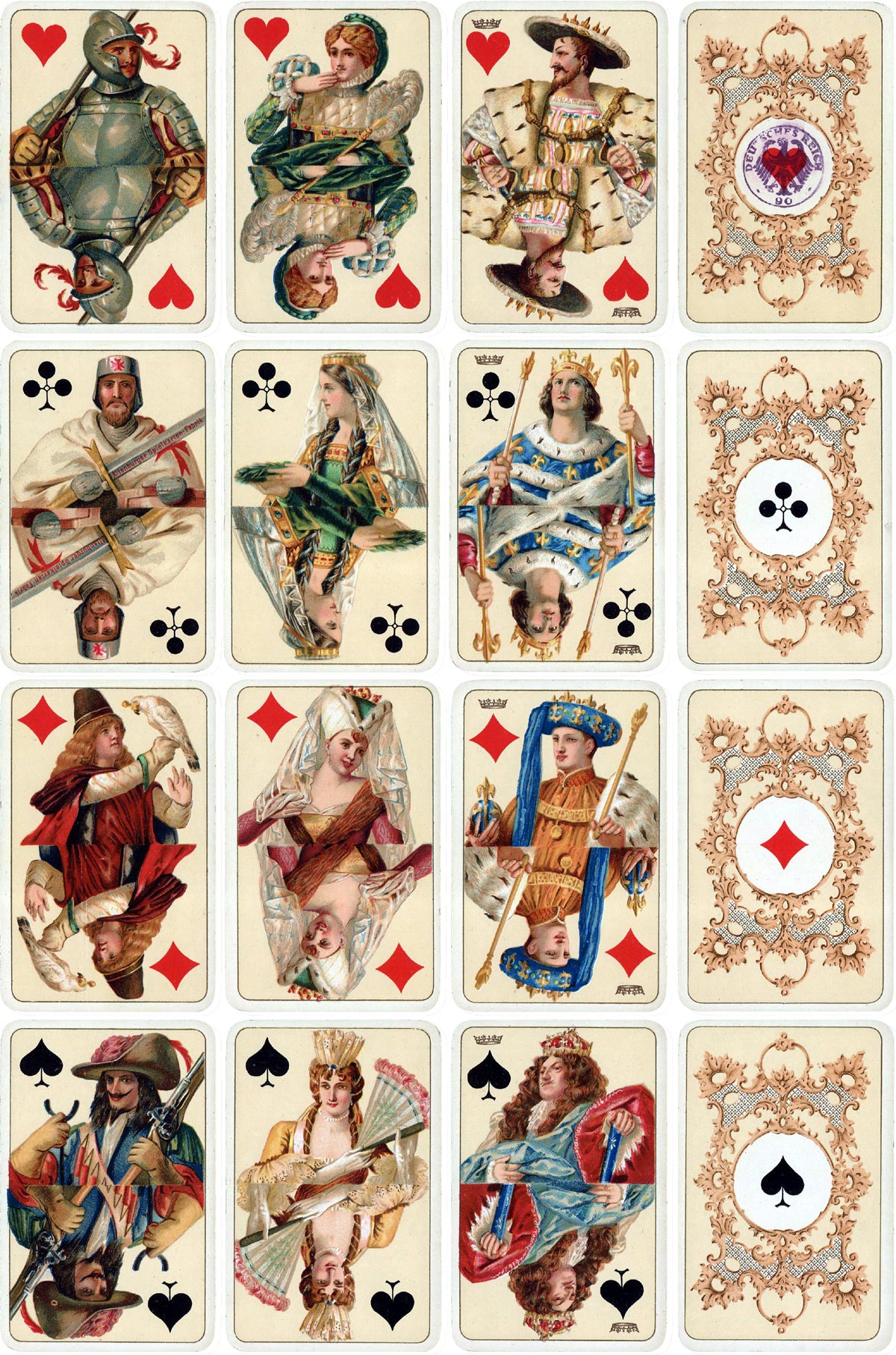 Above: “Kaiserkarte” by Schneider & Co, Altenburg, used exclusively at the Imperial Court in Berlin, first published in 1895-1897. The cards have no indices and an ornate back design. Images and historical notes courtesy Valentin Zadunaisky.

A facsimile of “Kaiserkarte” was issued by A.S.S., c.1970. The facsimile edition has indices, new aces and a new back design. 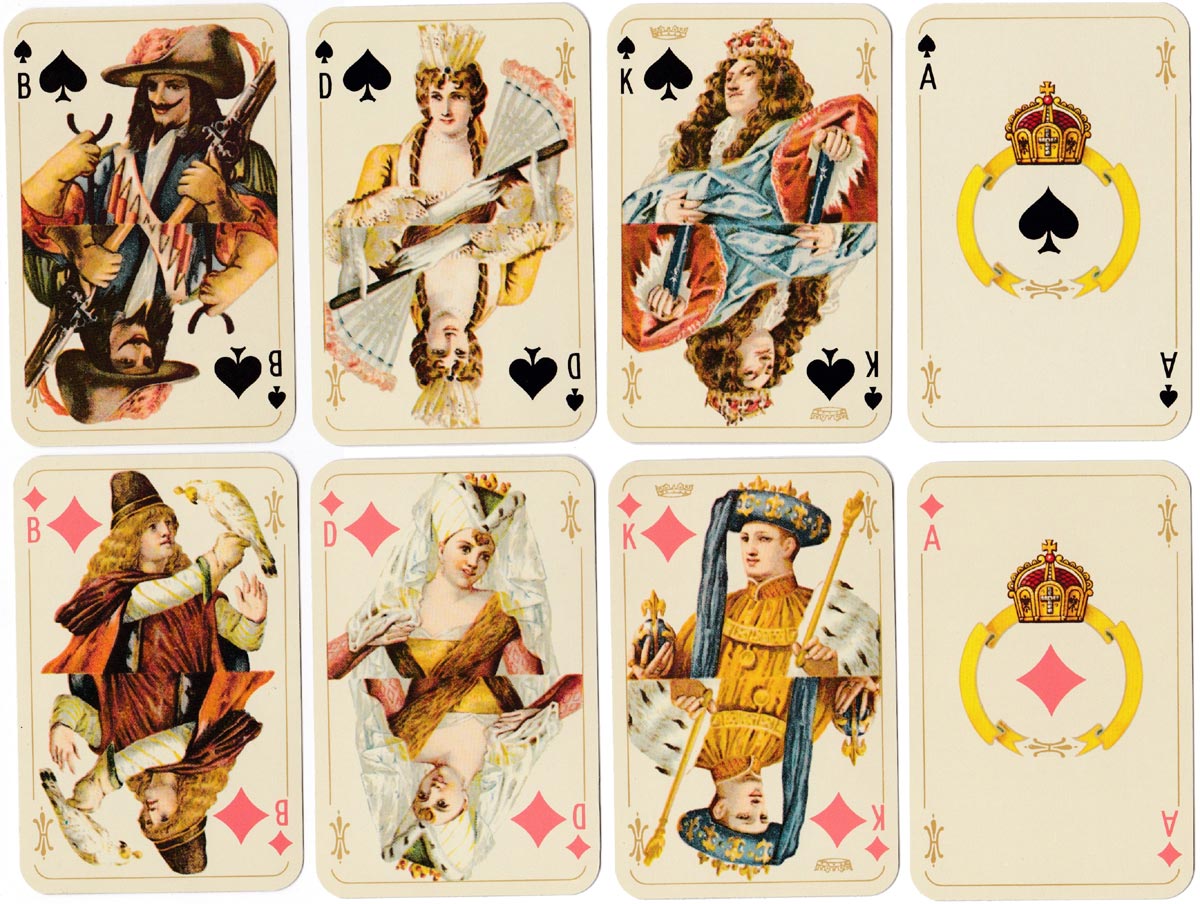 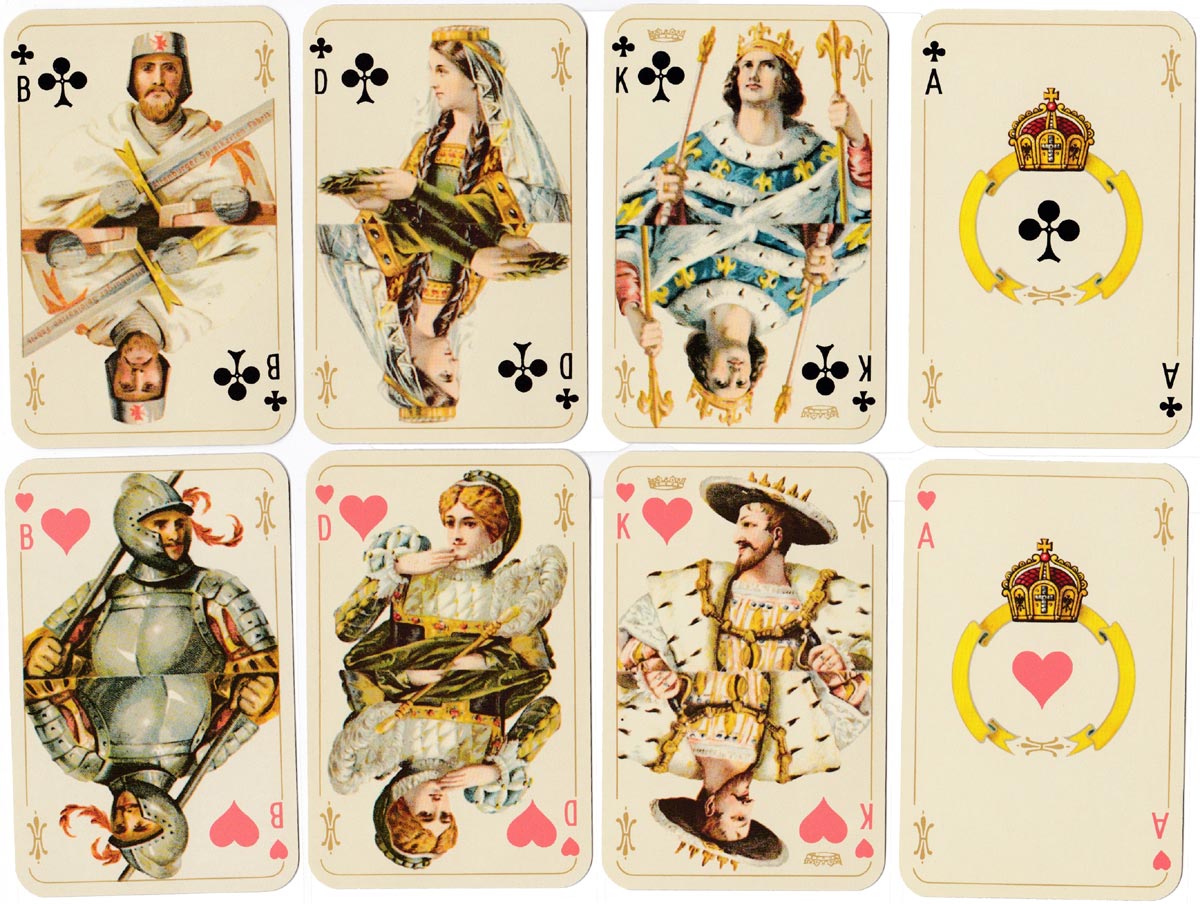 Above: facsimile of “Kaiserkarte” published by A.S.S., c.1970. The original cards did not have indices, featured a different back design and the four aces were more ornamental than in this reproduction. Contrary to the inscription on the reprint box that the original deck was first produced in 1910, the deck was first published in 1895-1897. Images courtesy Rex Pitts.