Ganjafeh was a popular card game in Iran and the Arab world, played between two and nine players with ninety-six cards. In the Qajar period (AD.1779-1924) the poker-like game of as was played with five suits of five cards each. 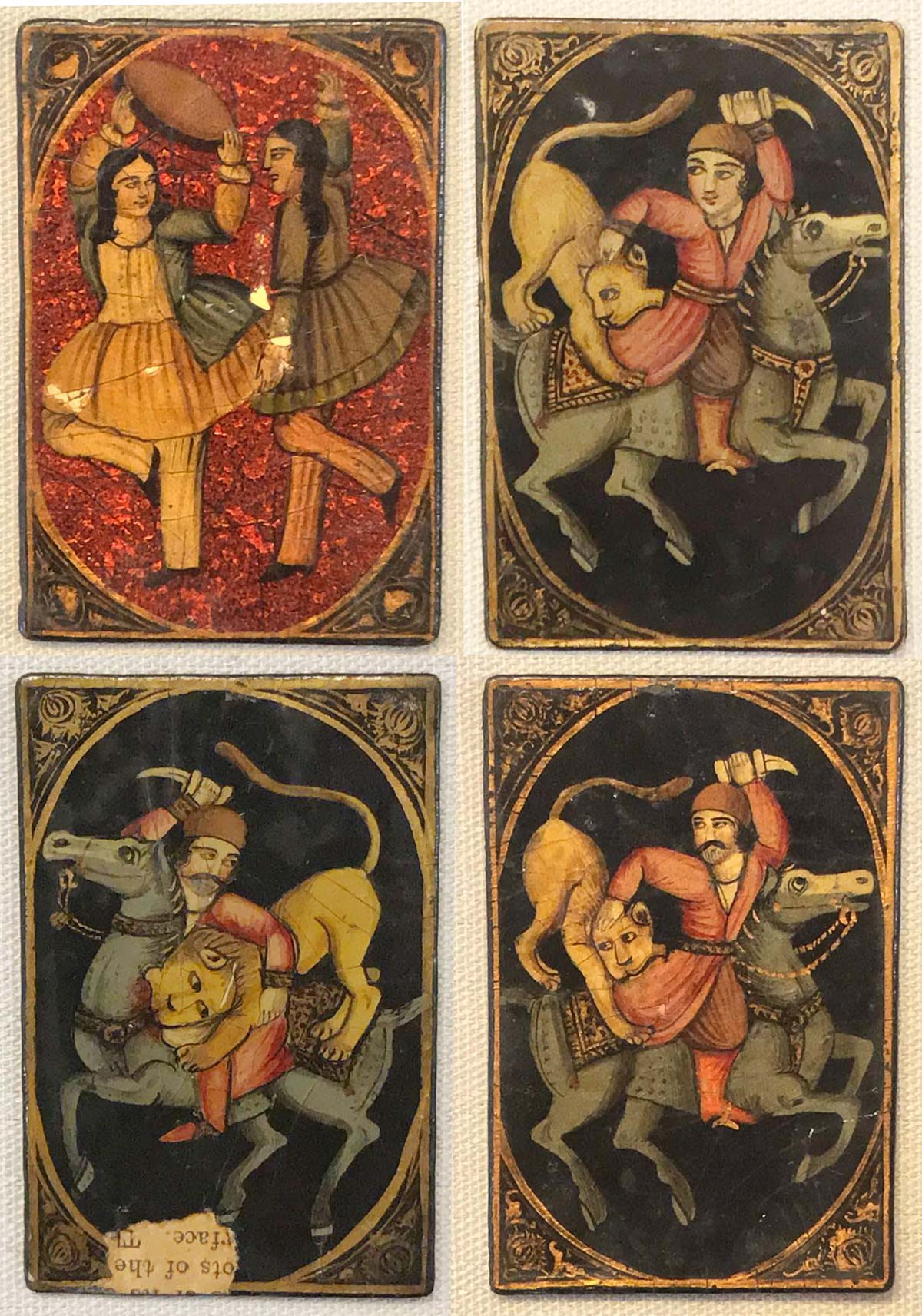 Above: Qajar Dynasty playing cards, Iran, 19th century, lacquer on laminated paper. Two cards come from one suit and the other two are from separate suits, but is is not clear for which game they were intended. Photograph courtesy Adam Wintle. 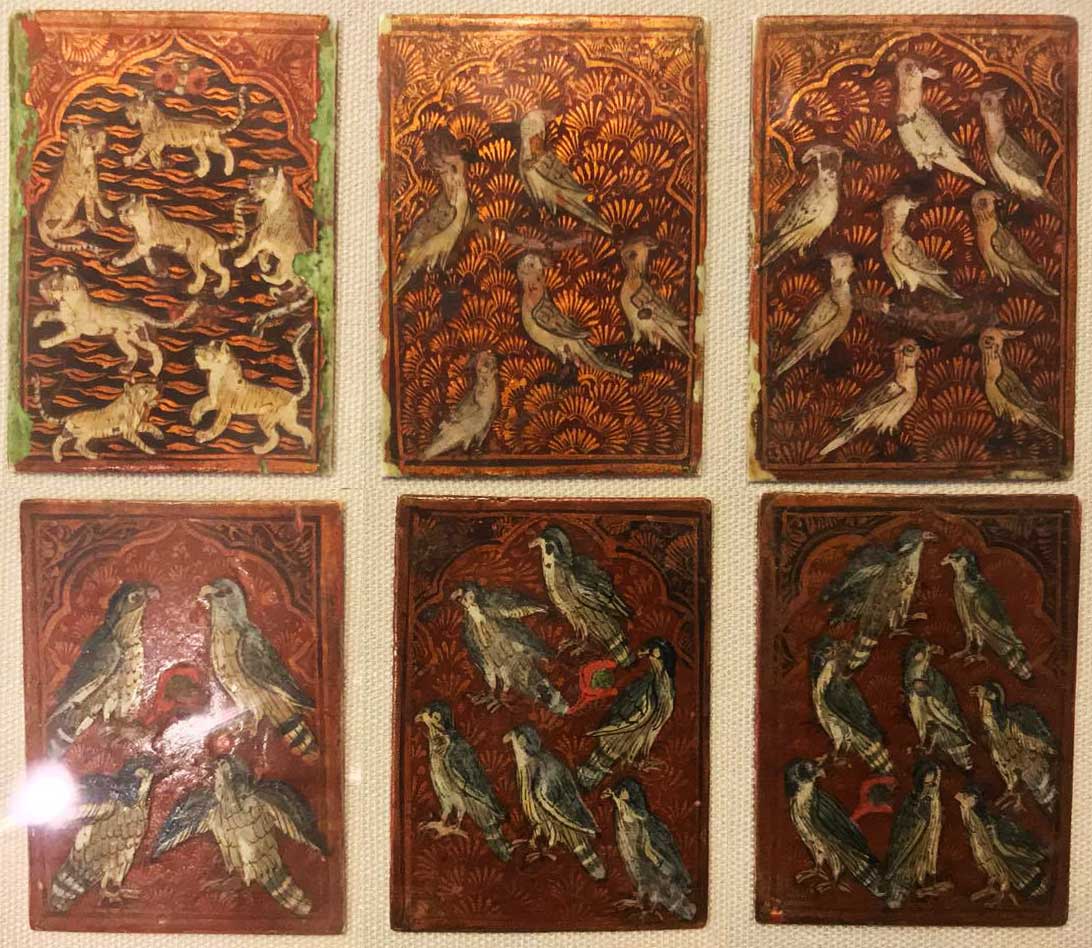