The “Game of Nations” is played with a 52-card deck divided into four suits representing Europe, Asia, Africa and America. These are in fact four continents rather than nations, inkeeping with other ‘Four Continent’ or Empire packs published around this time. Each ‘nation’ has 13 cards, with designs appropriate to the geographical region featured in that suit, running 2 → 10, Child, Woman, Man and Map (highest card). The court cards depict caricatures of people wearing traditional costumes from each of the four ‘nations’ in somewhat stereotyped style by today’s standards. See the Rules: English / French► 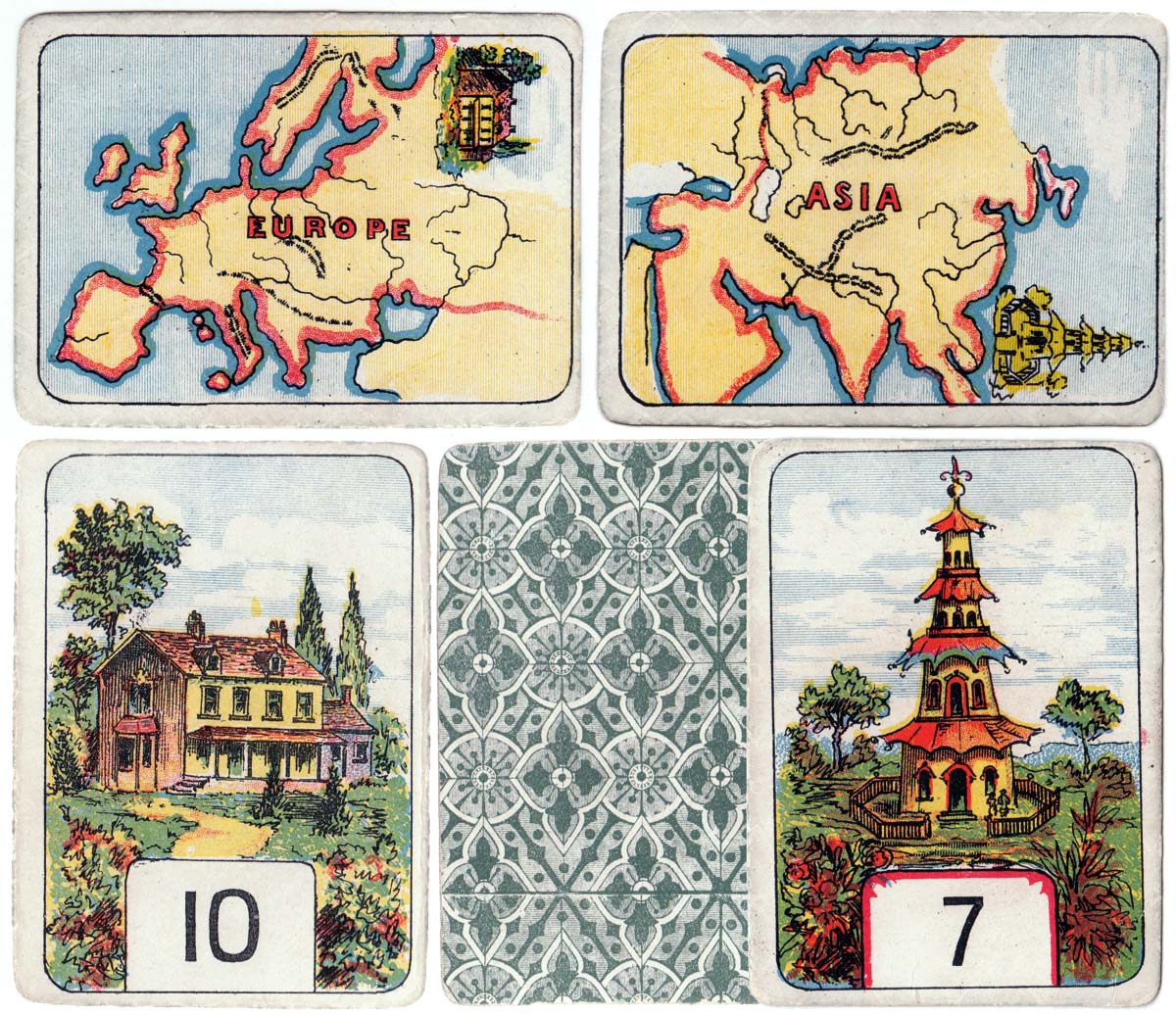 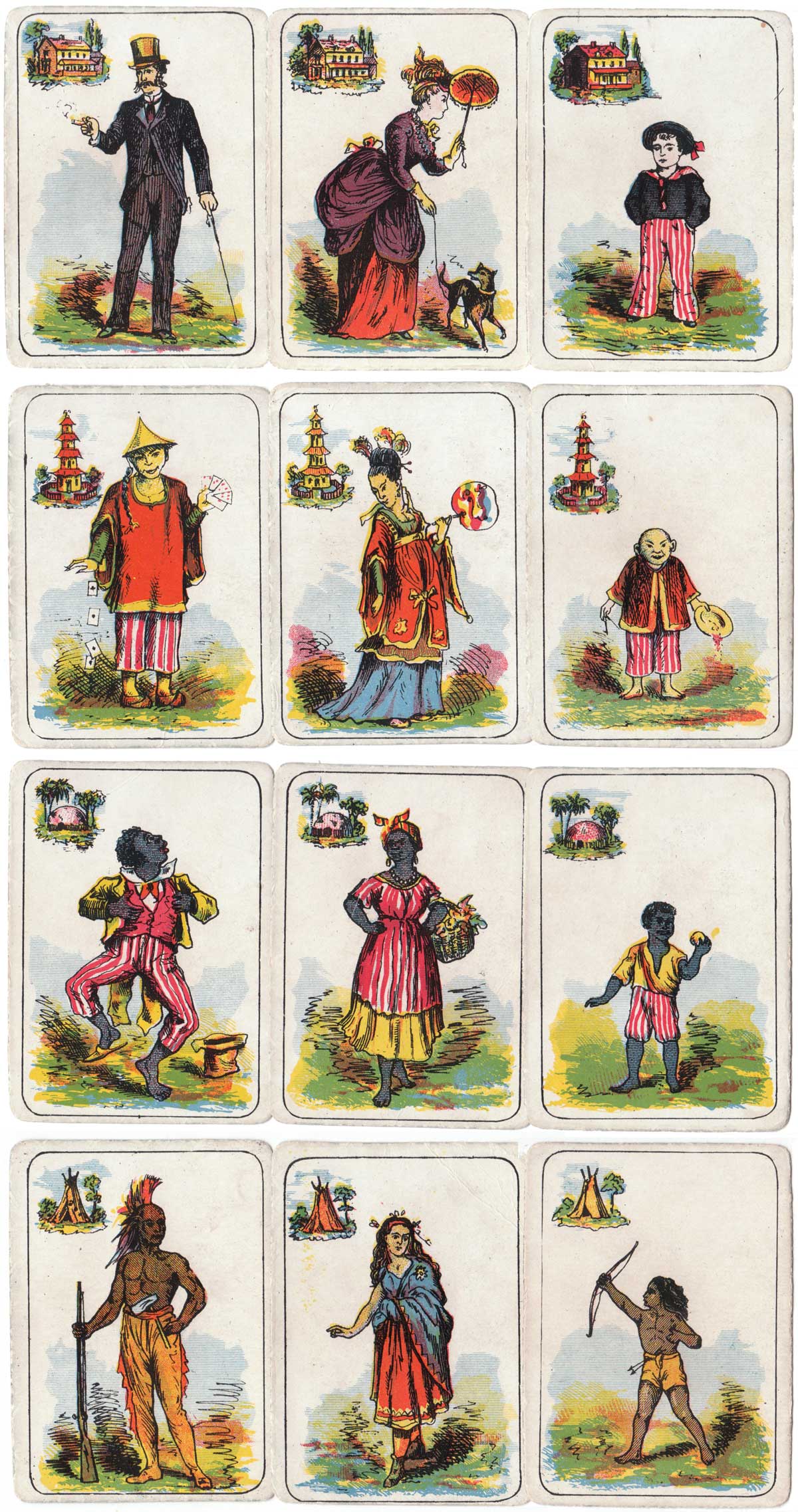 Above: cards from the “Game of Nations” manufactured by McLoughlin Brothers, 1890s. Images courtesy Rex Pitts. 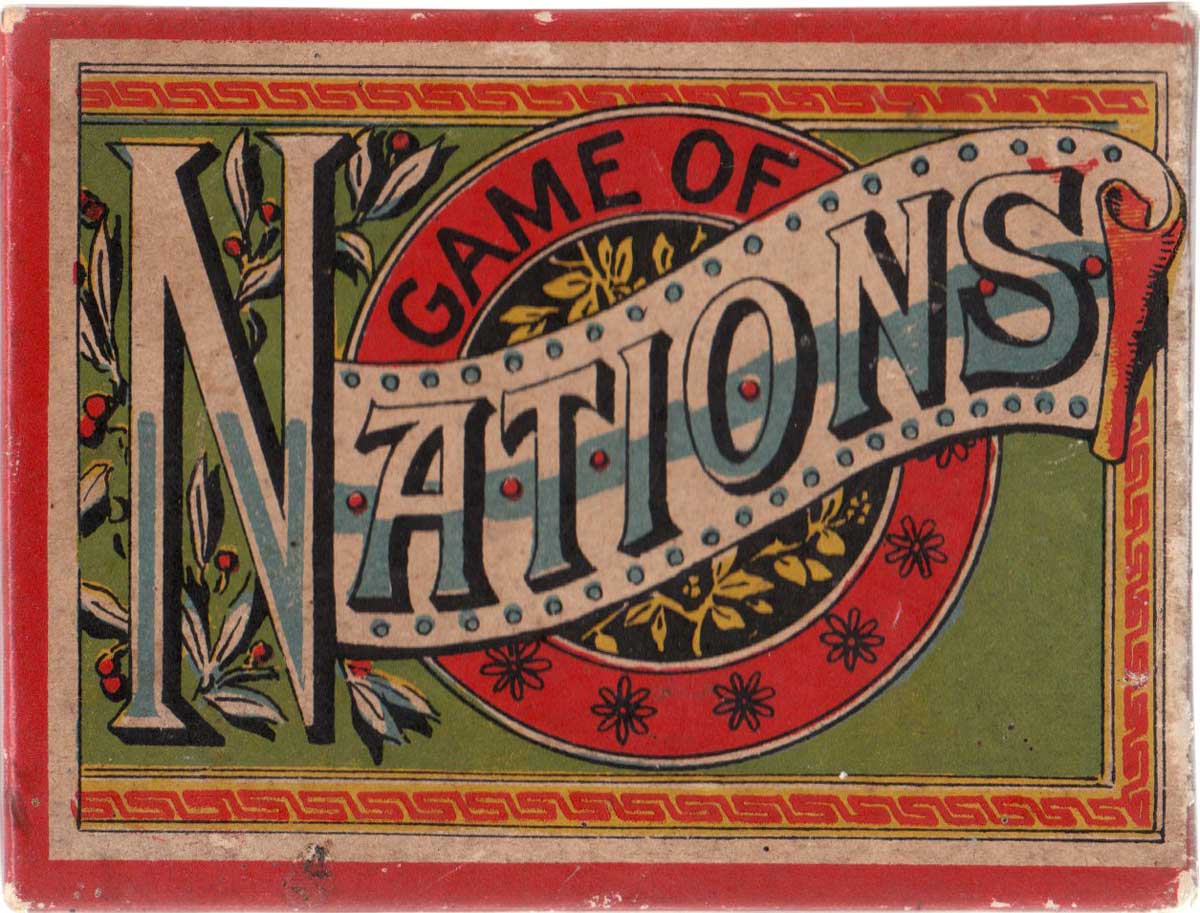