The highly individual “Sicilian Tarot” has the Italo-Portuguese suit system (found also in Minchiate and some early Spanish packs) with straight, interlocking swords and batons, maids instead of jacks in all suits, and suppresses the four aces and lower numeral cards. Several of the 22 trumps have new classicised images replacing the older ones which were seen as offensive (and some are derived from Minchiate). Trump 1 (i Picotti) shows some lads playing. The banner held by trump 4 sometimes reads “La Constanza” which identifies it as one of the ethical virtues. Trump 11, the Hanged Man, shows a man lynched from a tree. Trump 14 shows a ship, trumps 16, 17 & 18 are not the customary scenes. Trump 19 shows Atlas holding the celestial globe and trump 20 shows Jupiter. In early packs the trumps carried roman numerals but from the 19th century arabic numerals are found. 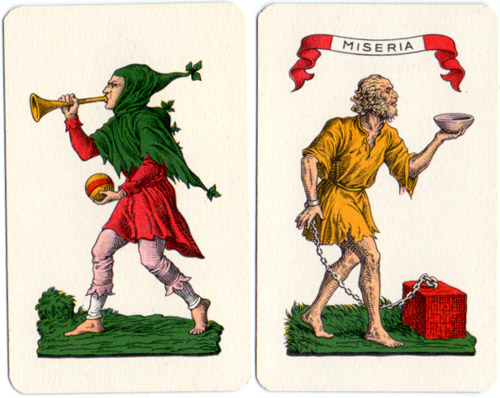 Above: the Fool is the highest ranking trump and serves to excuse the player from following suit. Miseria is the lowest trump, with no point-value, and ranking below trump 1.

The cards are of a relatively small size compared to other tarocchi sets. The suits are of the Portuguese type, and the court cards are based on the Archaic South Italian or Portuguese pattern with Maids (Donne) as the lowest court figures of all suits, and intersecting batons and swords on the numeral cards. No aces are used in the game. 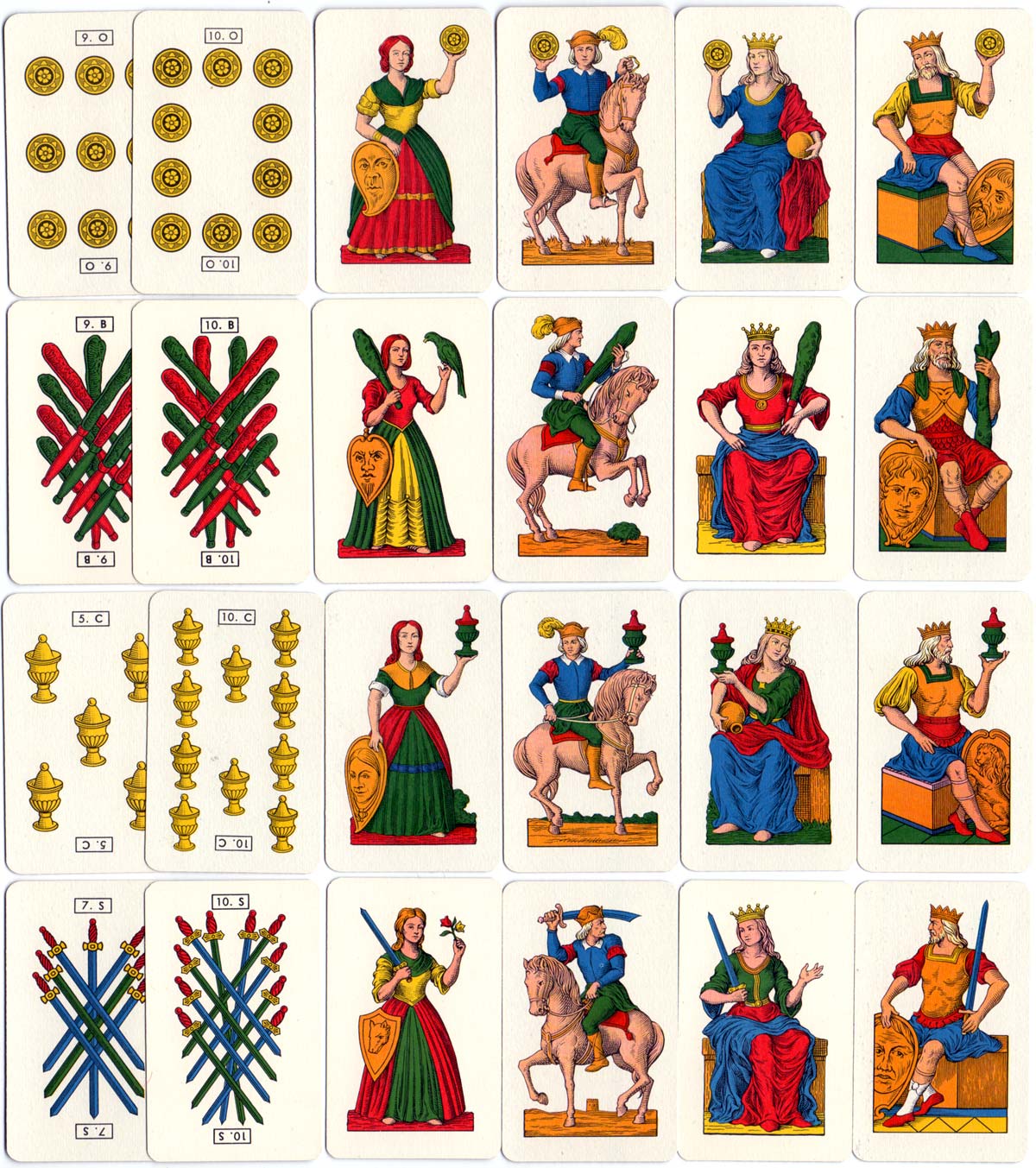 Above: Tarocco Siciliano No.94 manufactured by Modiano S.p.A., Trieste, c.1960, 64 cards in box. An ace of coins is included for the purpose of carrying the tax stamp.