Towards the end of 1941 Stalin gave orders that playing card production was to be resumed in Leningrad and a pack of ‘anti-fascist’ playing cards was designed by Vasiliy Andrianovich Vlasov mocking the rulers of Germany and the Axis powers. Working under difficult conditions and with no electricity, the pack was finally ready for distribution in 1943 in an edition of about 700 copies. The characters portrayed are from those countries that had attacked Russia in 1941: Germany, Romania, Italy and Finland. The Queens and Aces are allegories of the times and the Joker shows Goebbels► 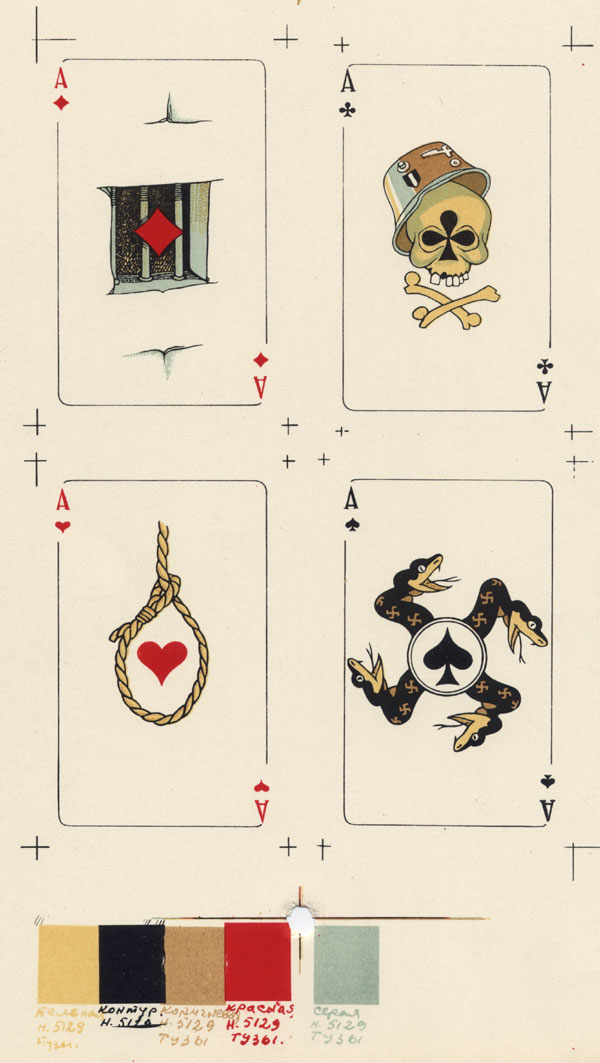 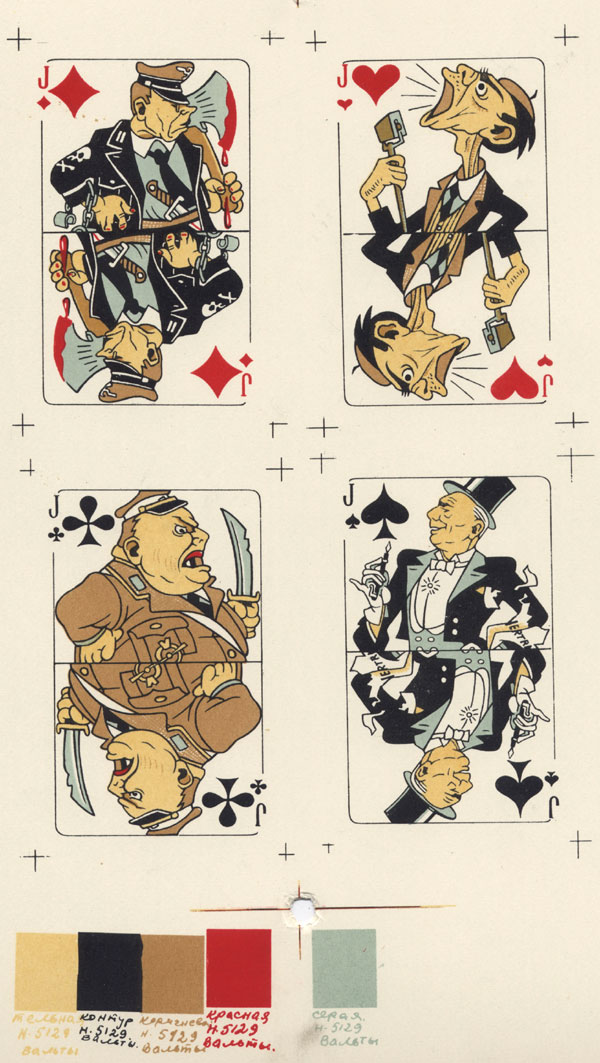 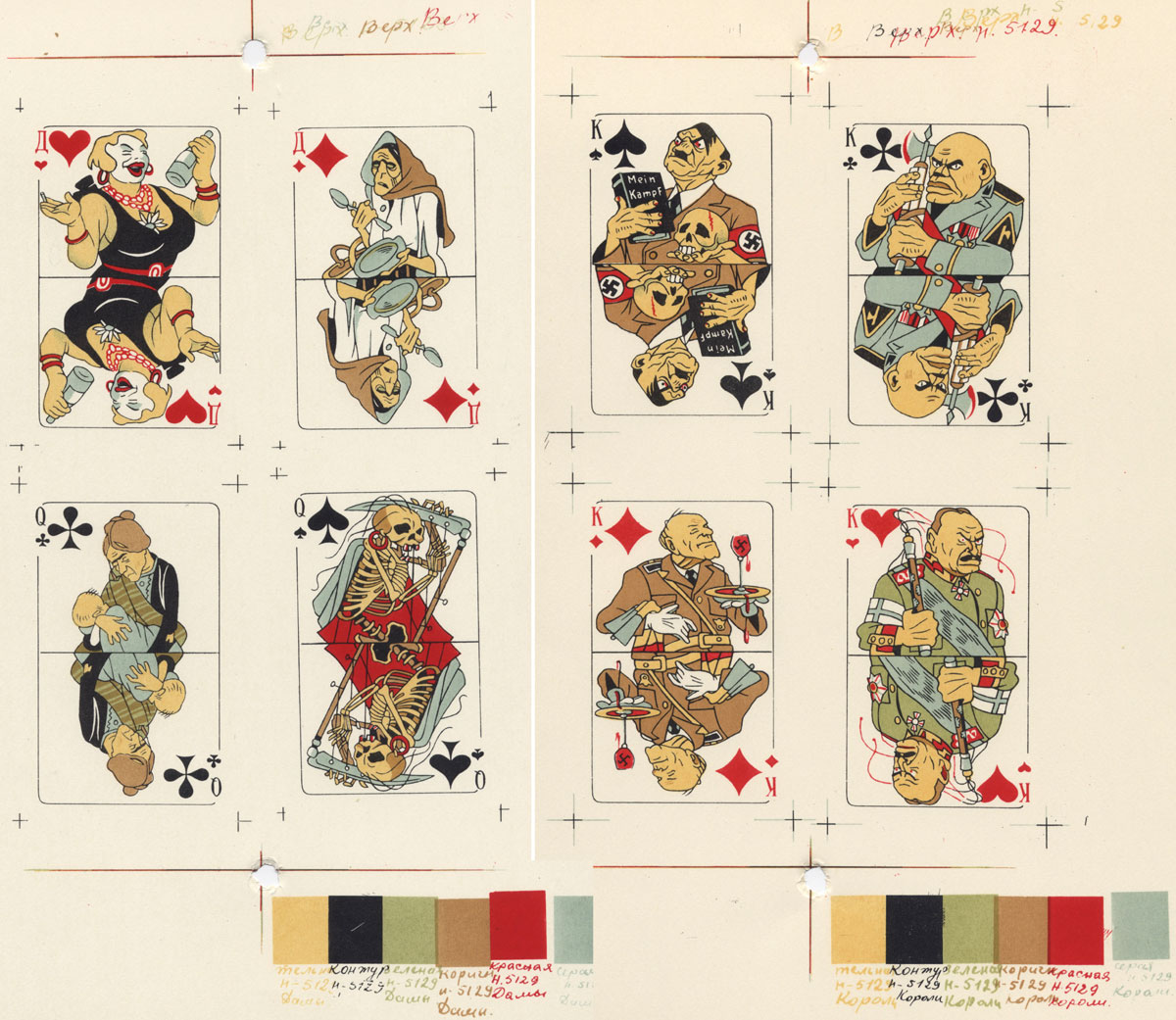 Above: a selection of the original cards from 1943, with Russian indices, also showing the cropping guide marks and colour palette. Images courtesy Valentin Krasavin. 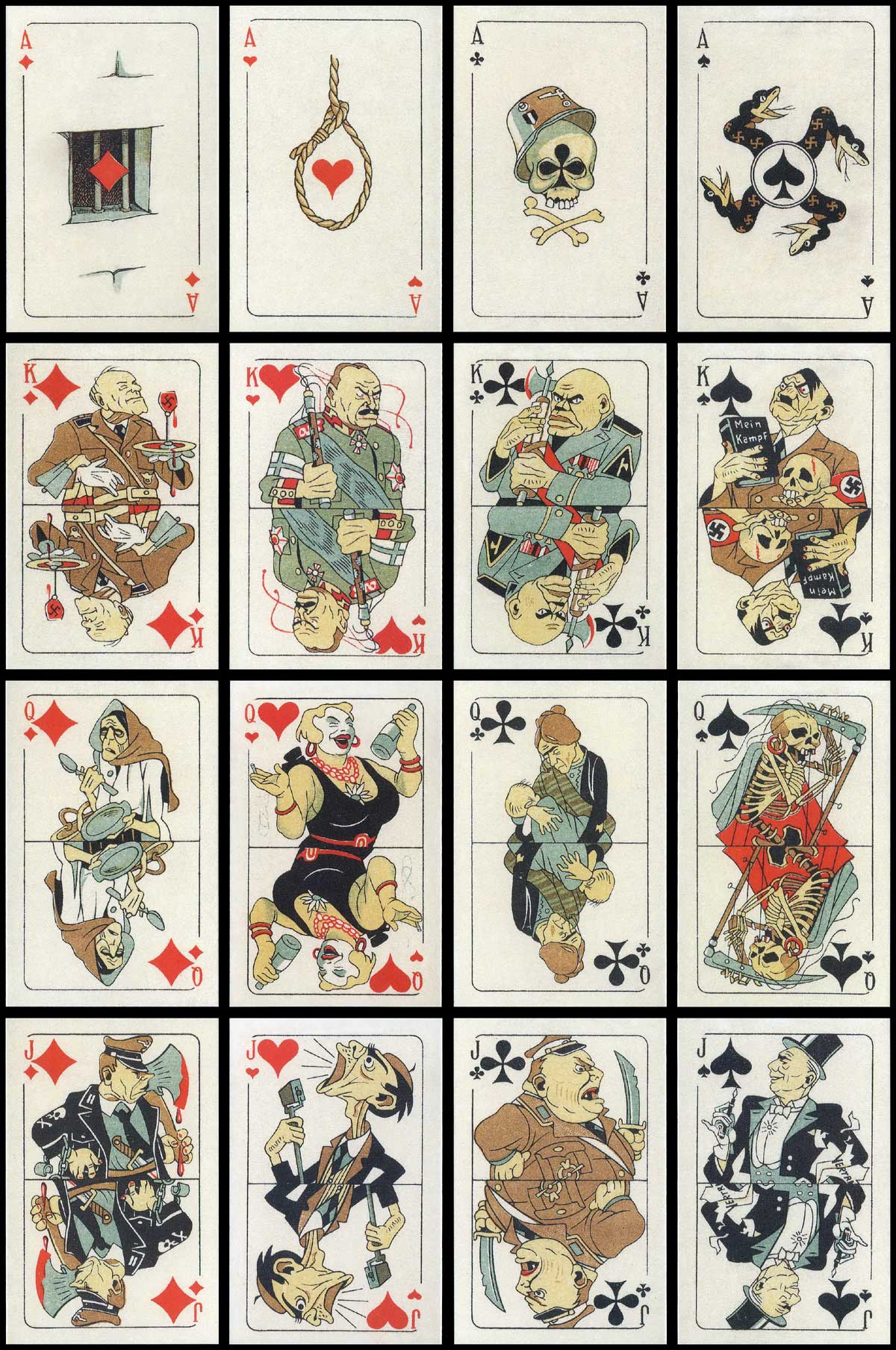 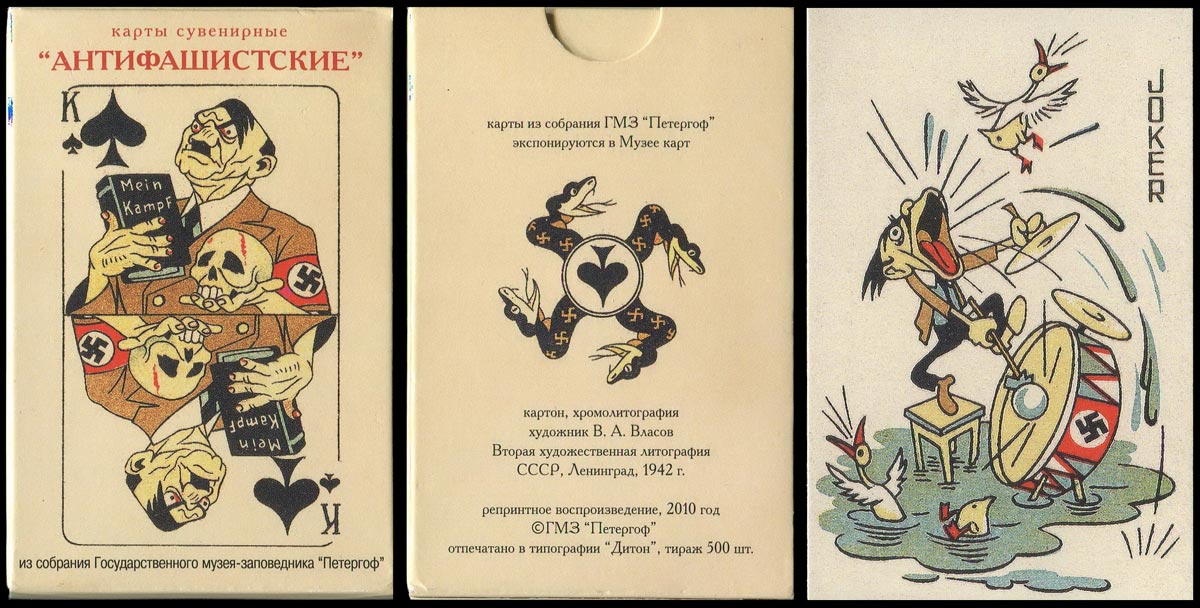