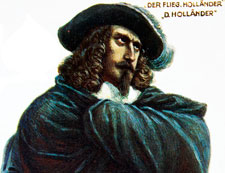 Richard Wagner playing cards were printed by AGMüller in 1968, featuring scenes and personages from Wagner's operas. The pack had been designed in 1920 by Swiss artist and illustrator Melchior Annen (1868-1954) whose output included watercolours, posters and prints, and who also designed several other packs for Müller & Cie. 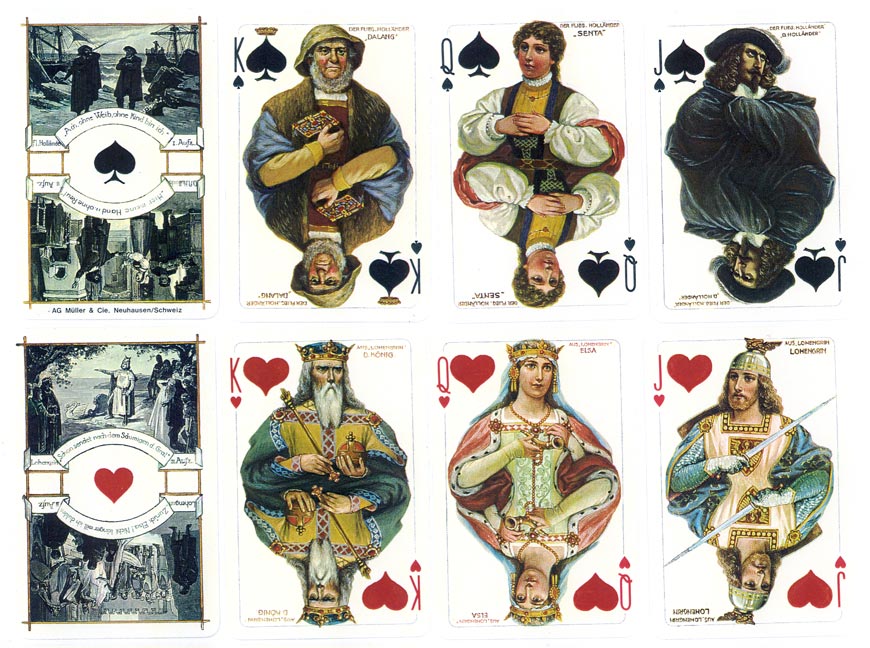 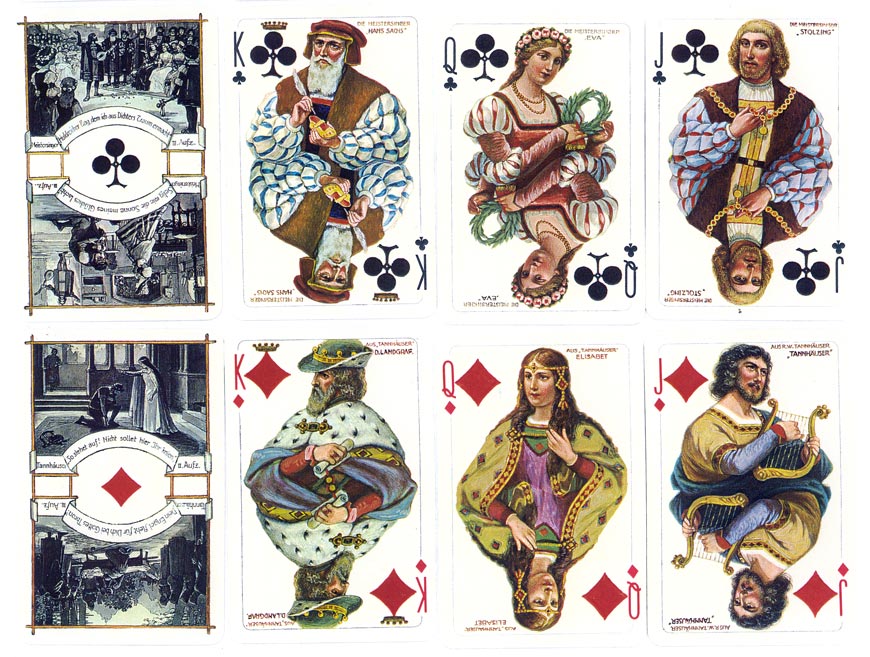 Above: Richard Wagner playing cards designed by Melchior Annen and produced by AGMüller in 1968. 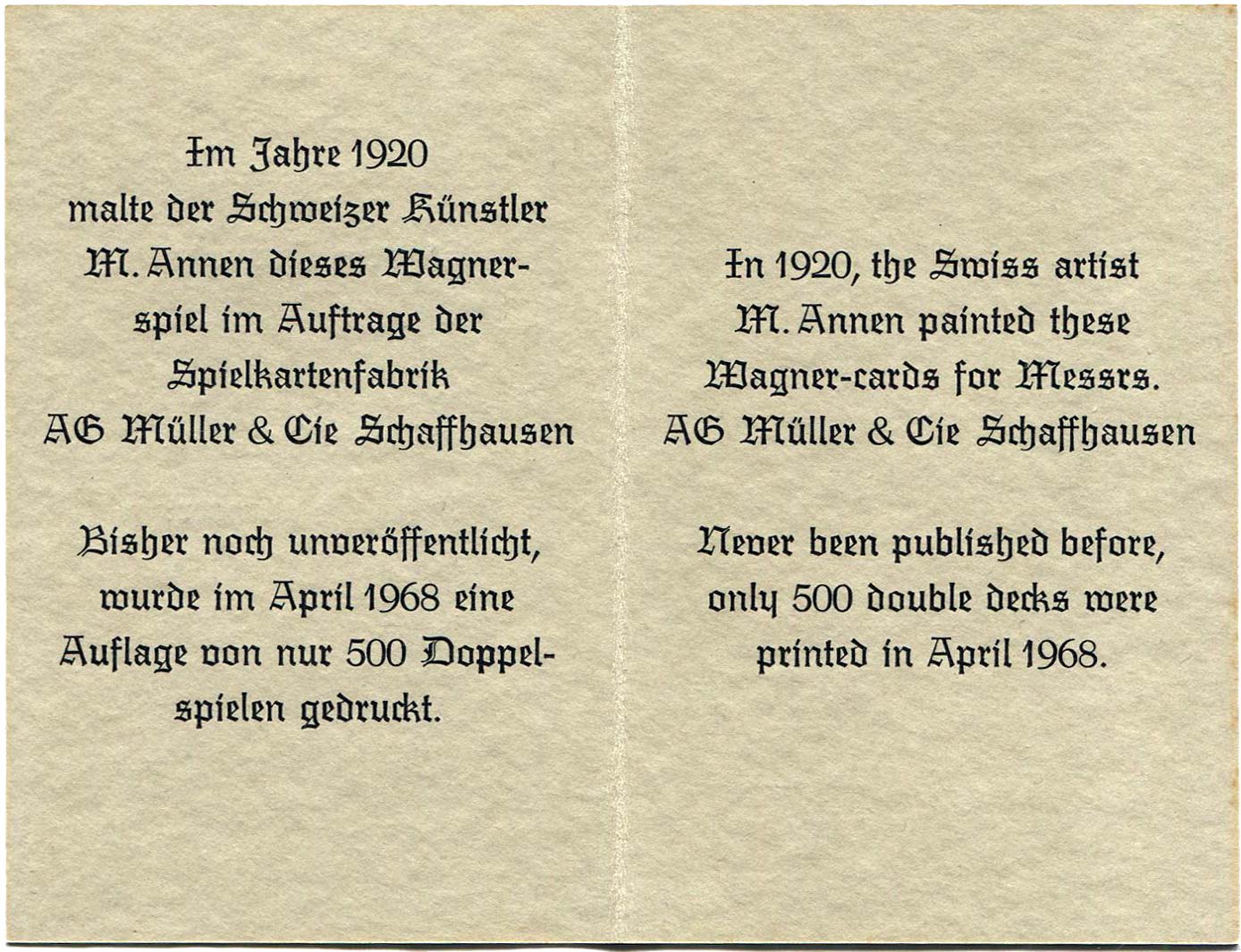 Above: a page from the booklet, courtesy Valentin Zadunaisky.