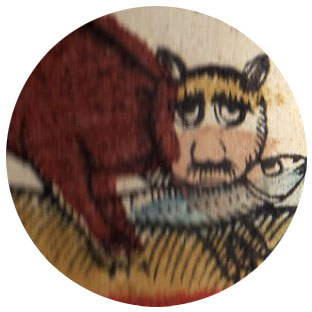 Tarots with French suit signs started appearing in around 1750, notably by Andreas Göbl of Munich. Subjects depicted on the trump cards varied, but during the 18th century there was a preference for pictures of animals or hunting scenes. The number cards were often reduced so that packs consisted of only 54 cards. Towards the end of the century mythological and literary subjects started to appear as well. The Fool was usually depicted as a harlequin, often dancing and playing a musical instrument.

As they have no titles or legends, the images on the trump cards must speak for themselves. Sometimes they appear to depict fables or folk sayings, perhaps even suggesting a moralising interpretation. In trump XIII we see a person being devoured by a crocodile: this is indeed unfortunate! On trump XVII a cat has caught a fish... 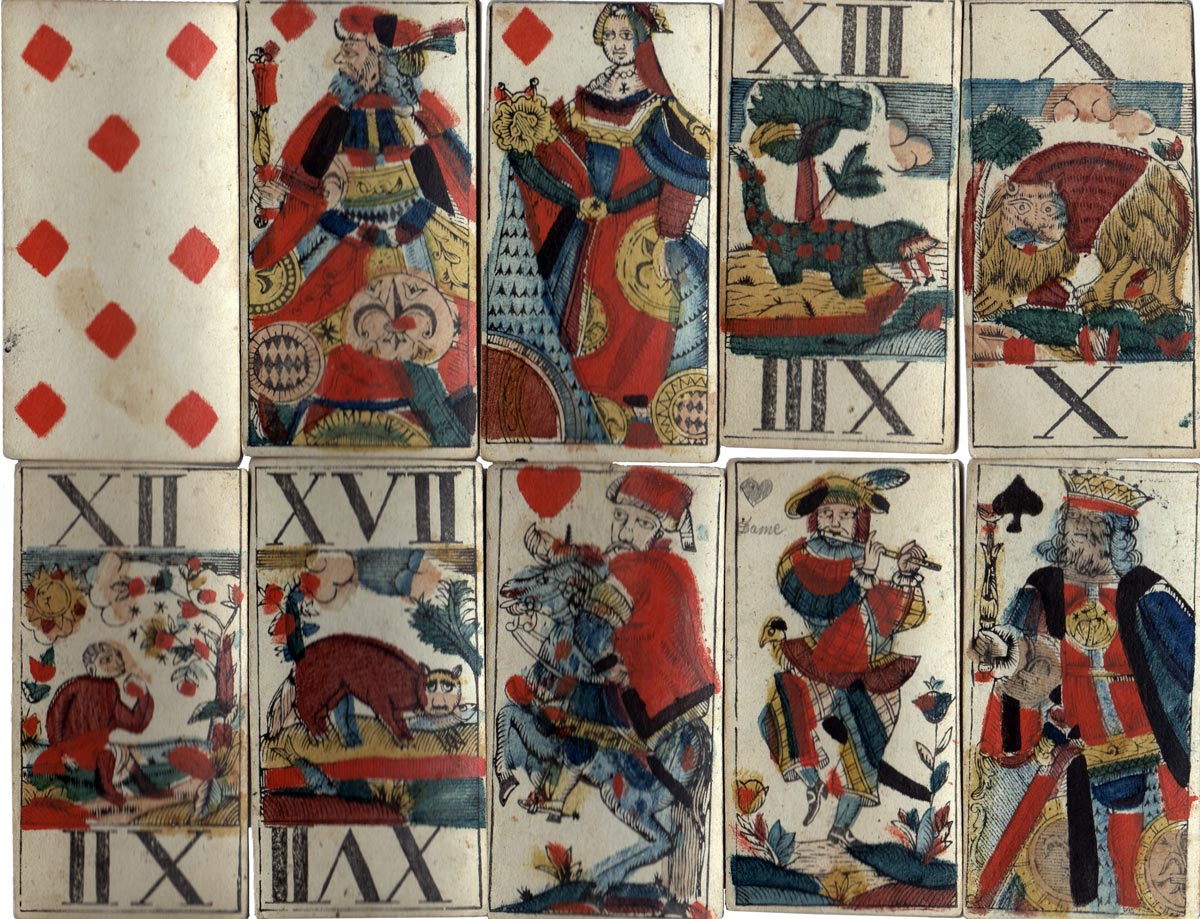 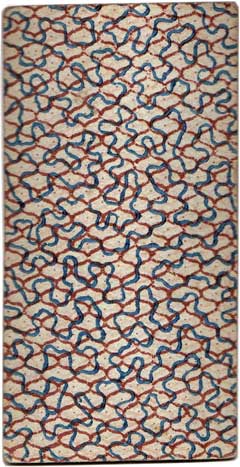 Above: woodblock and stencil Animal Tarot cards, probably of German origin, 2nd half 18th century. The city of origin seems to be indicated at the bottom of the King of Diamonds (A Mumijswii) but it is a real challenge to decipher. This is the most usual form of Bavarian Tarot, with panels at the top and bottom of the trump cards containing their value in Roman numerals. Lozenges of the Bavarian arms can be seen on the round shields of the King and Queen of Diamonds. Other decorative features on the court cards suggest a derivation from the old Paris pattern. The 'Fool' card in this example has been reassigned as the Queen of Hearts by a previous owner. Images courtesy Frederic C. Detwiller.