Circus Transformation deck, based on an imaginary Circus theme, was designed by Frank Robert Schick (1924 – 1988), whose signature can be seen on every card. It is presented in a wooden box with a explanatory booklet describing the card designs and a commemorative gold medal. The Jacks are all clowns. The pip cards have been cleverly transformed into miniature illustrations involving animals and figures. The cards are larger than standard and made by Carta Mundi, Belgium, in a limited edition of 1,000 copies. The artist was born in New York City. He received his training in the Arts at Fort Wayne Art Academy, in the State of Indiana. The deck was published posthumously by his wife on his passing on 16 June 1988. See the Flyer► 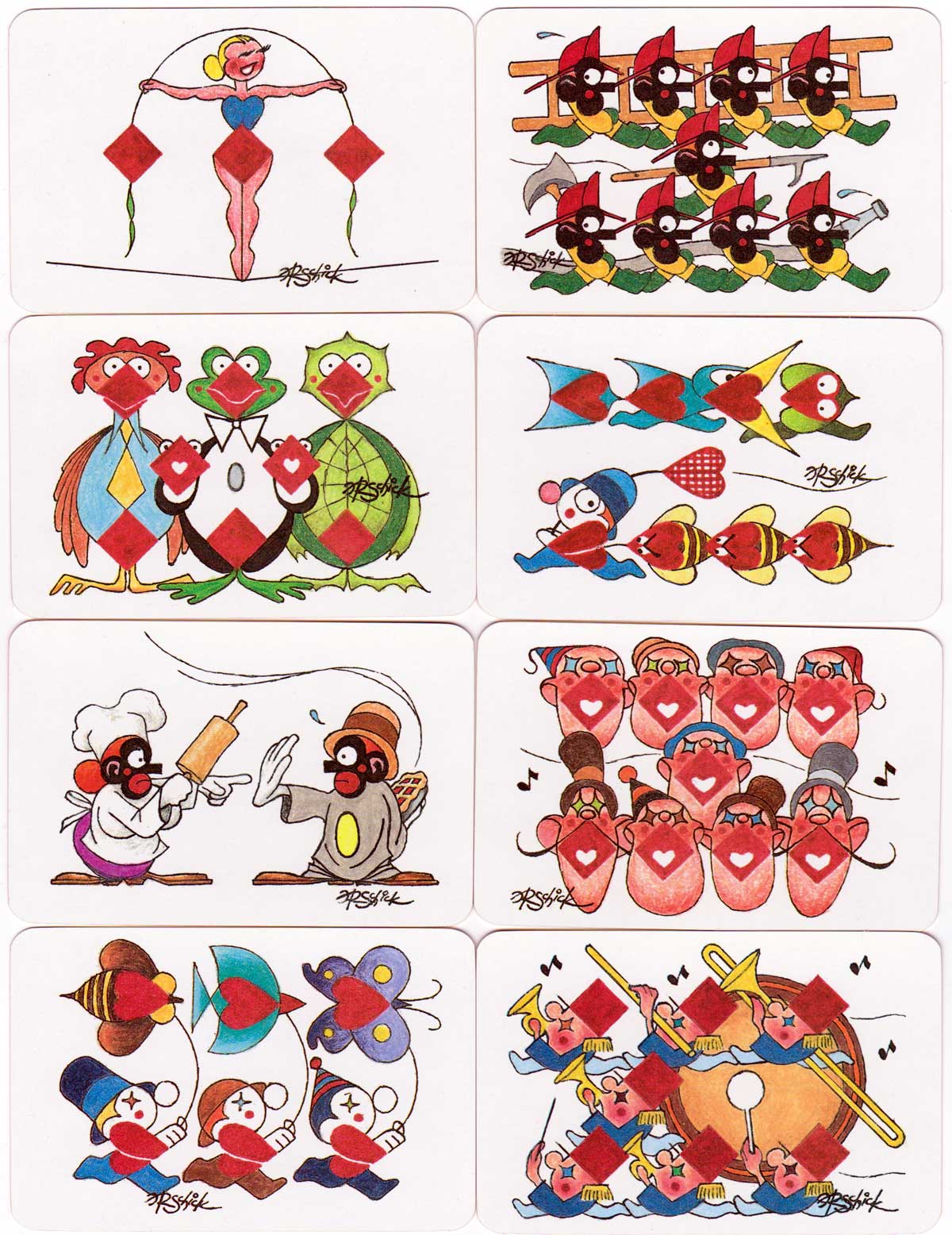 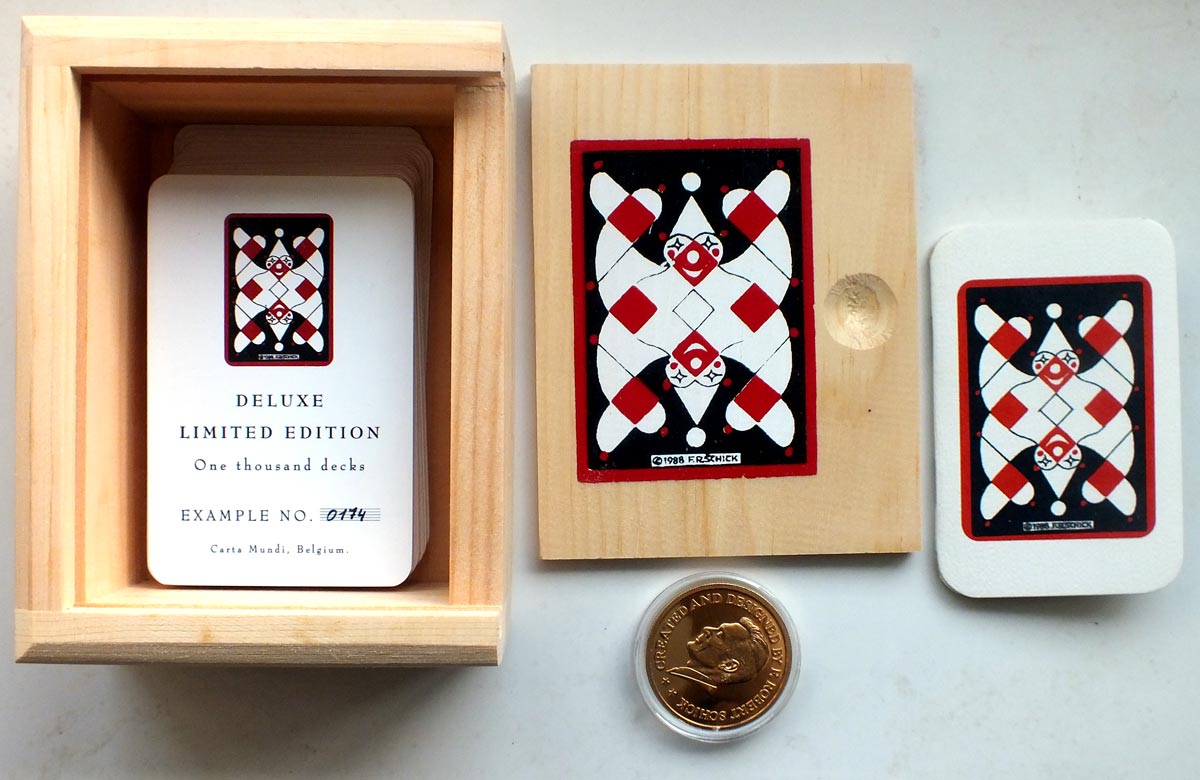 Above: Circus Transformation deck, based on a Circus theme, designed by Frank Robert Schick 1924 – 1988) and made by Carta Mundi, Belgium, in a limited edition of 1,000 copies. Published in 1988. The set includes a commemorative gold medal and an explanatory booklet. 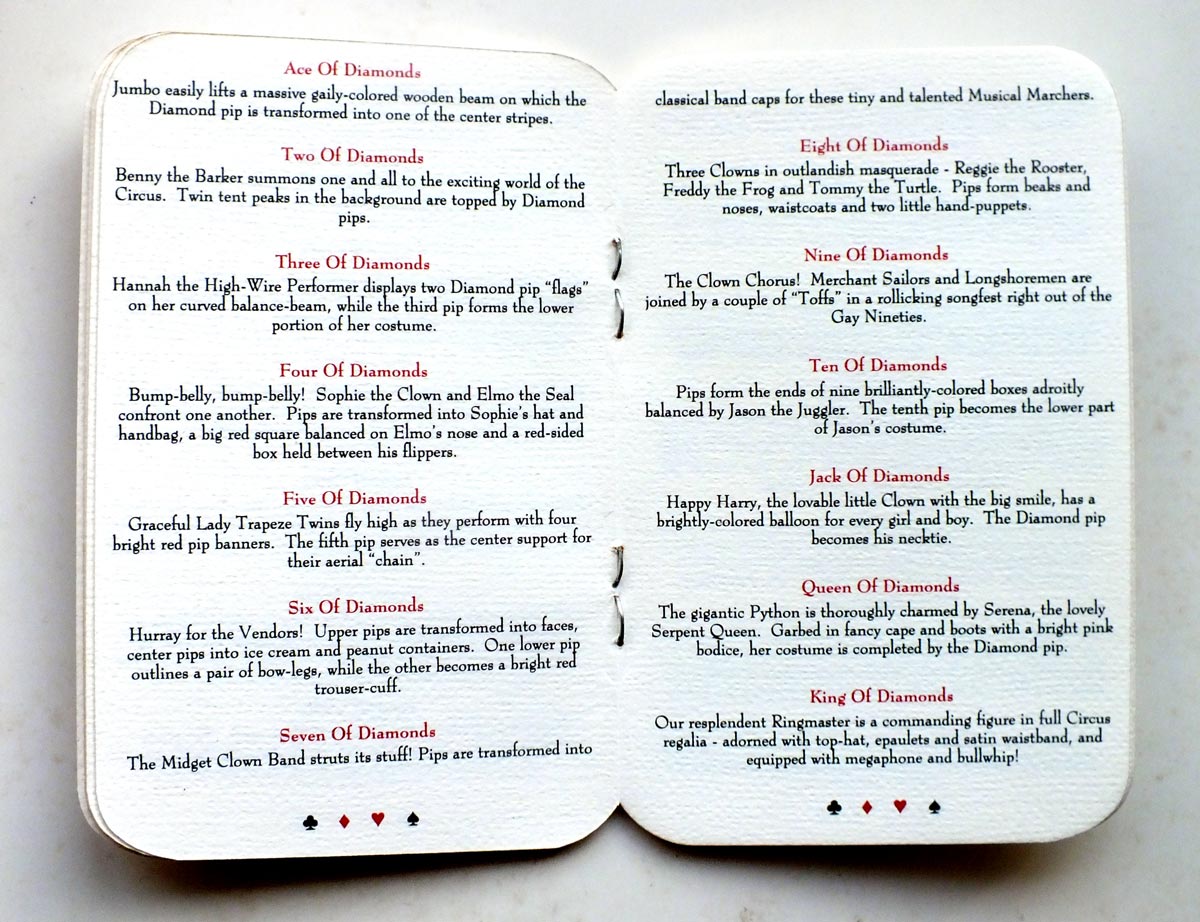