Above: Astronaut card game published by Pepys Series in the 1960s with pictures of spacecraft. 44 cards in box. The game has been re-issued by The Lagoon Group since 2011► 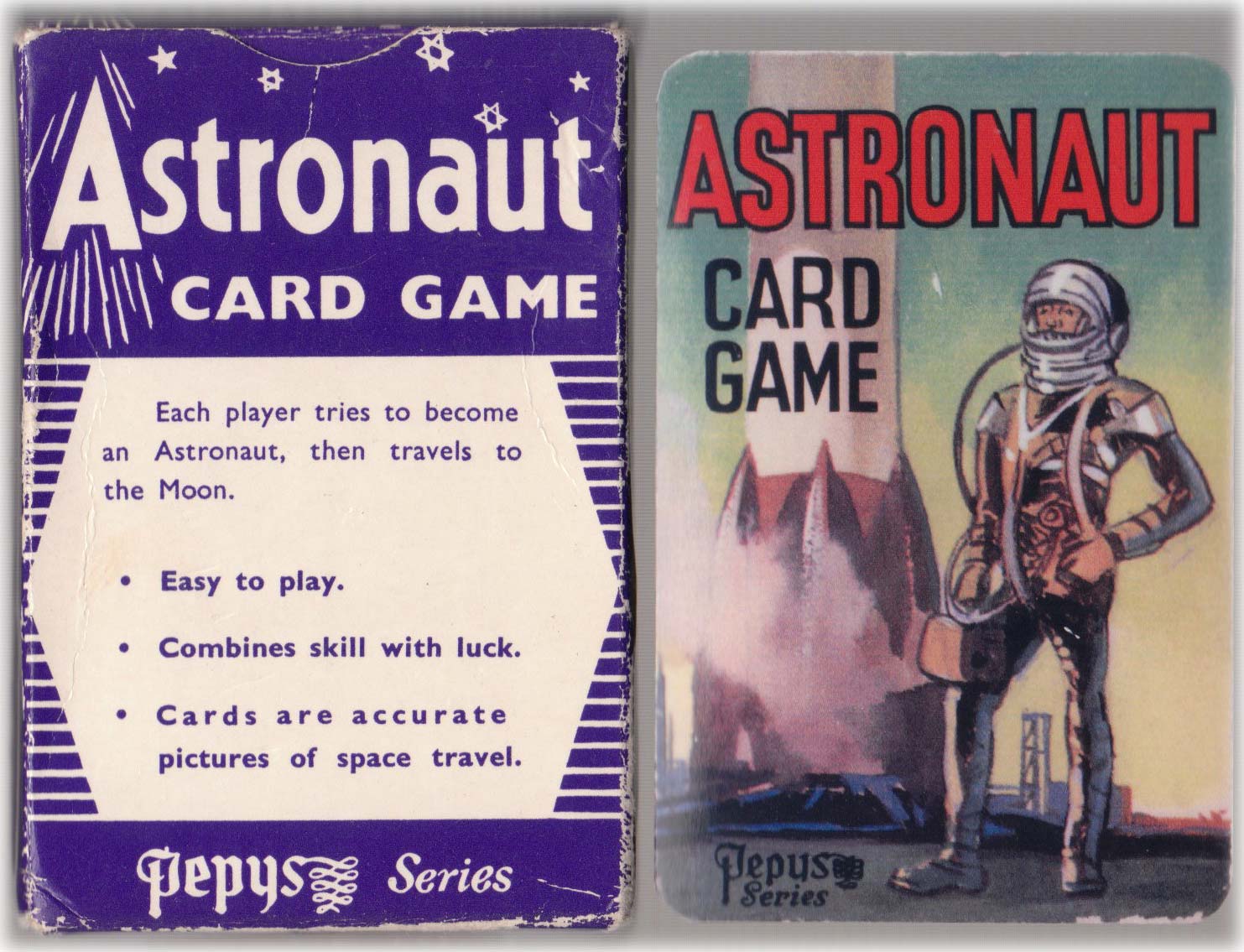