This very popular card game featuring Dan Dare, the pilot of the future, was first published by Pepys Games in 1953. The pictures are based upon Frank Hampson’s illustrations which were part of the front page of the Eagle comic between 1950 and 1952, with a breathtaking storyline which spoke vivdly to readers still living on food rations after the second world war. The first story begins with Dan Dare as pilot of the first successful flight to Venus which at that time was presumed to have extraterrestrial life and alien inhabitants. See the Box► 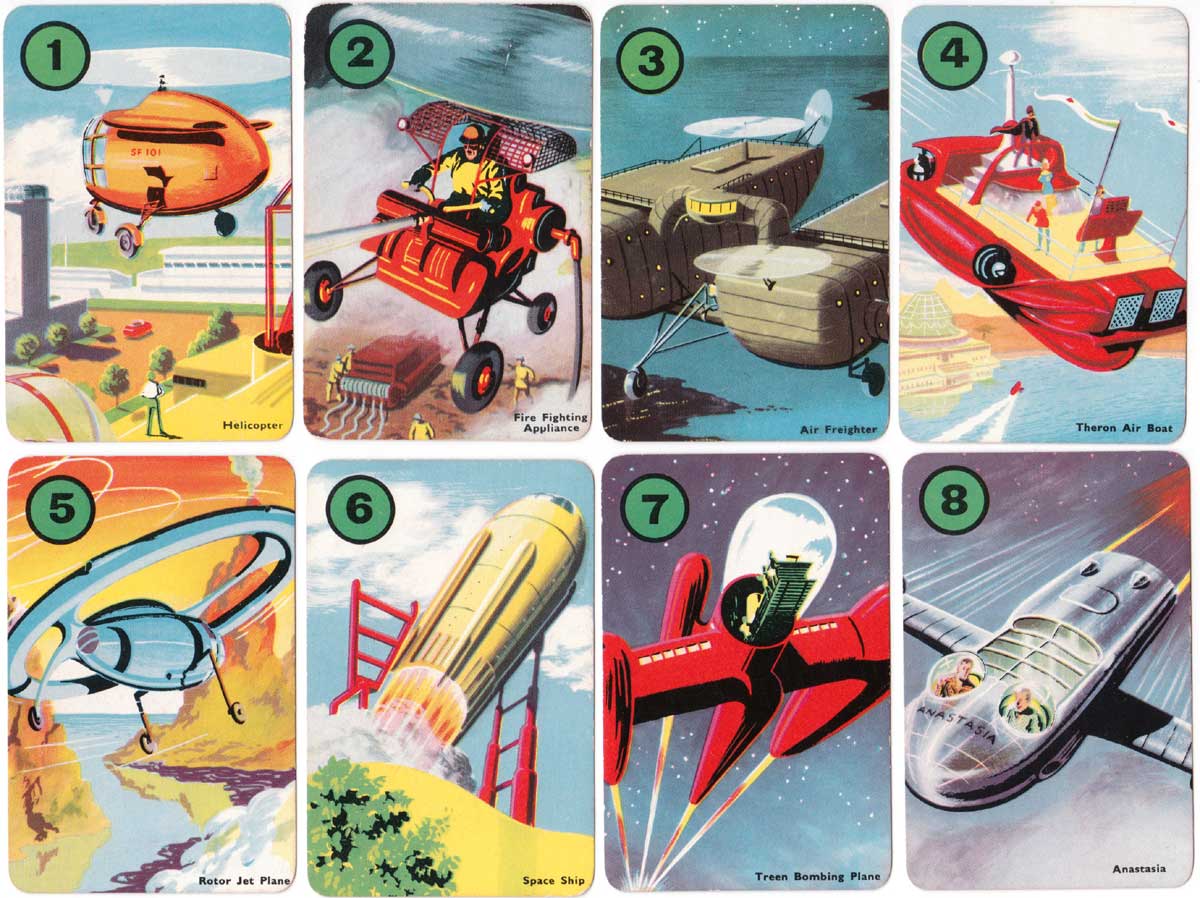 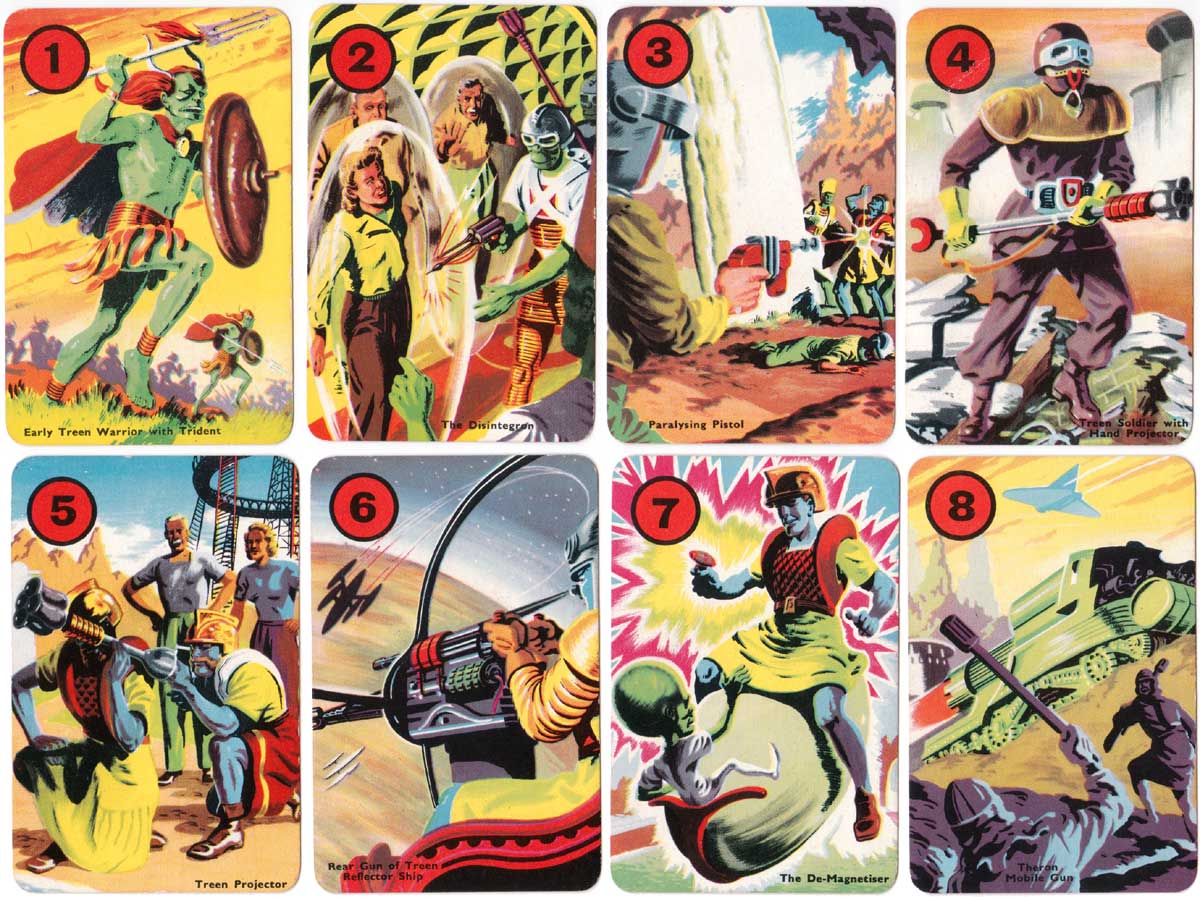 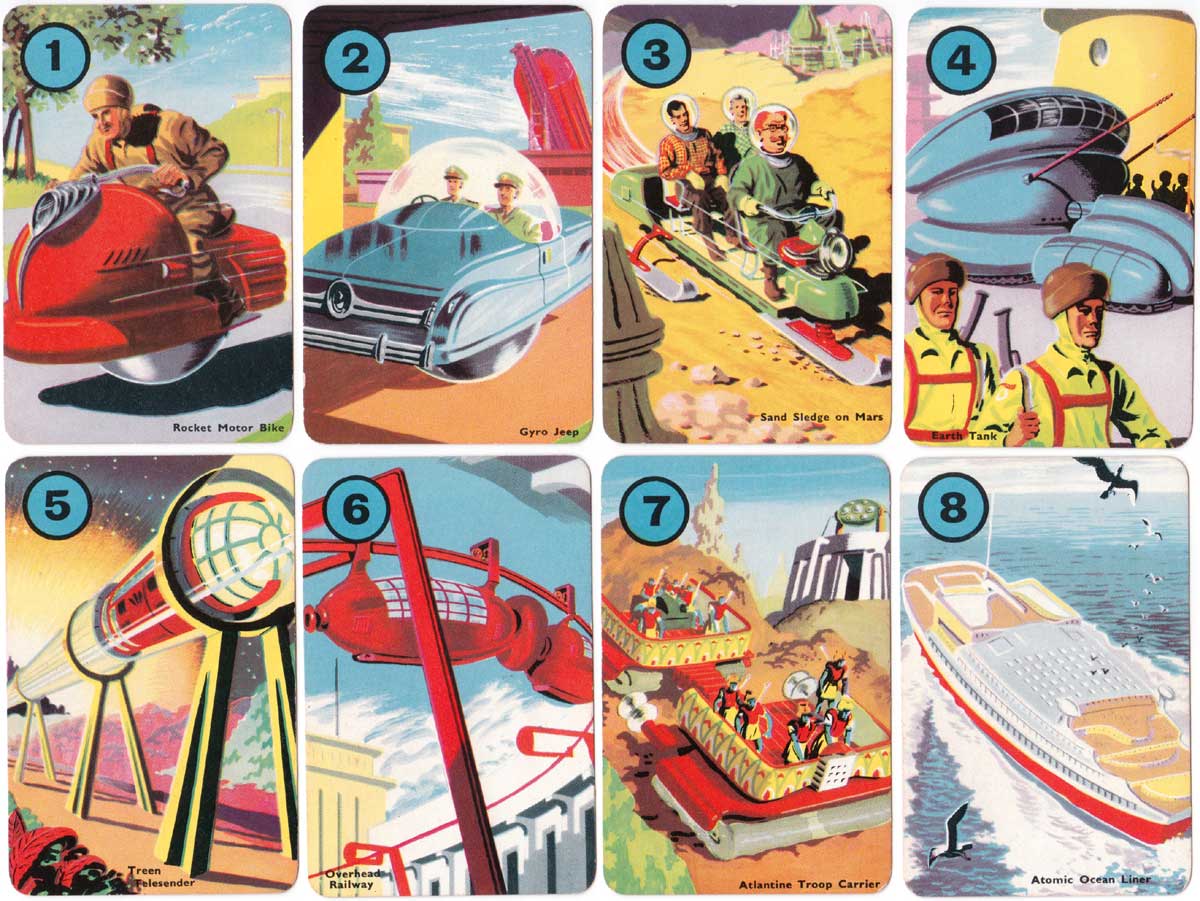 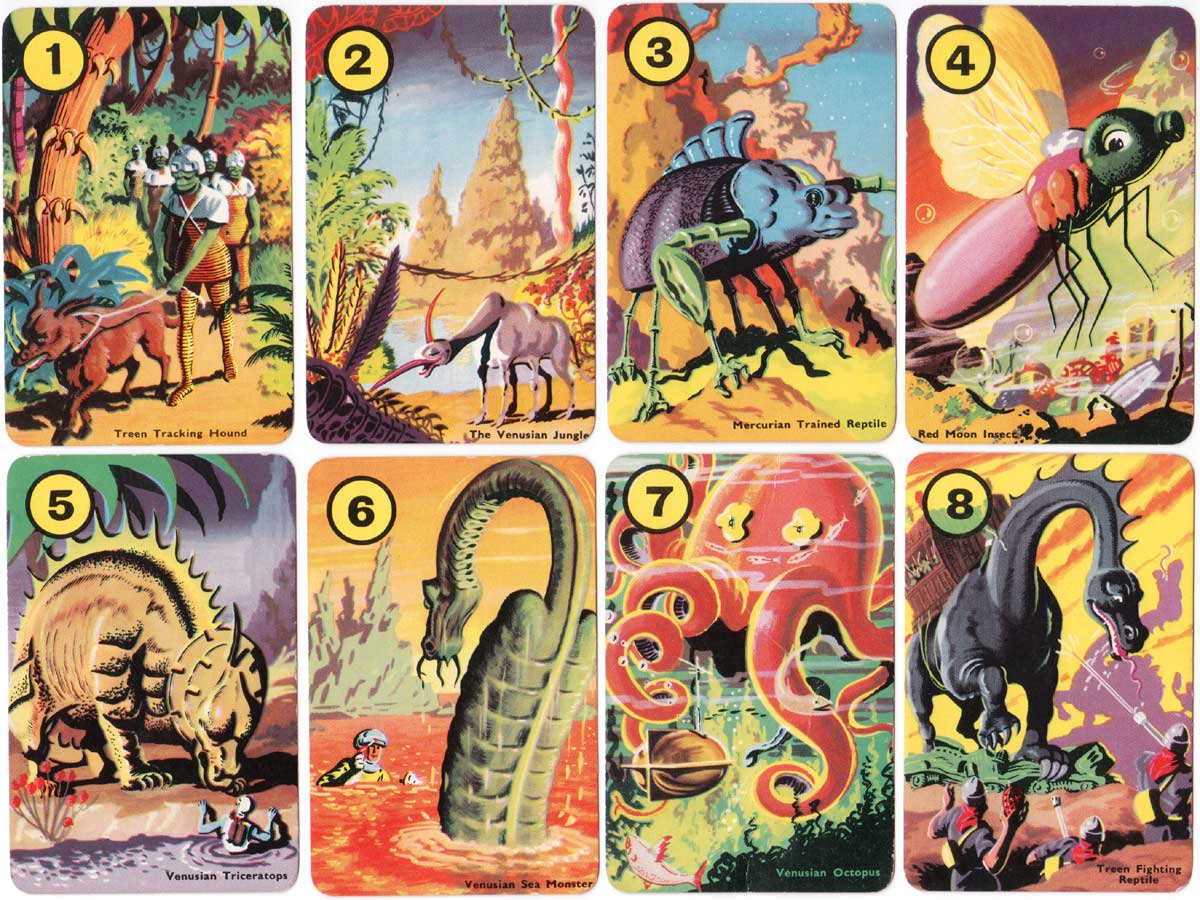 Marcus Morris published and Frank Hampson illustrated a Parish Magazine called “The Anvil” in Birkdale, Southport. Morris had been ordained as a priest in 1940 and first published “The Anvil” in 1945. He became increasingly dismayed by the influence of imported American so called Horror comics and determined to publish a comic with role models with a strong moral code. In 1950, after many financial difficulties, the Eagle comic was finally published; much of it illustrated by Frank Hampson. Dan Dare Pilot of the Future was the lead strip in the comic being on the cover and inside the front page in full colour. A huge publicity campaign was mounted to launch the comic and proved to be very successful as the first issue on 14th April 1950 sold over 900,000 copies one of which was the copy I bought. It was the leading topic of conversation at school and at home and I and many others placed a regular order at the newsagents. 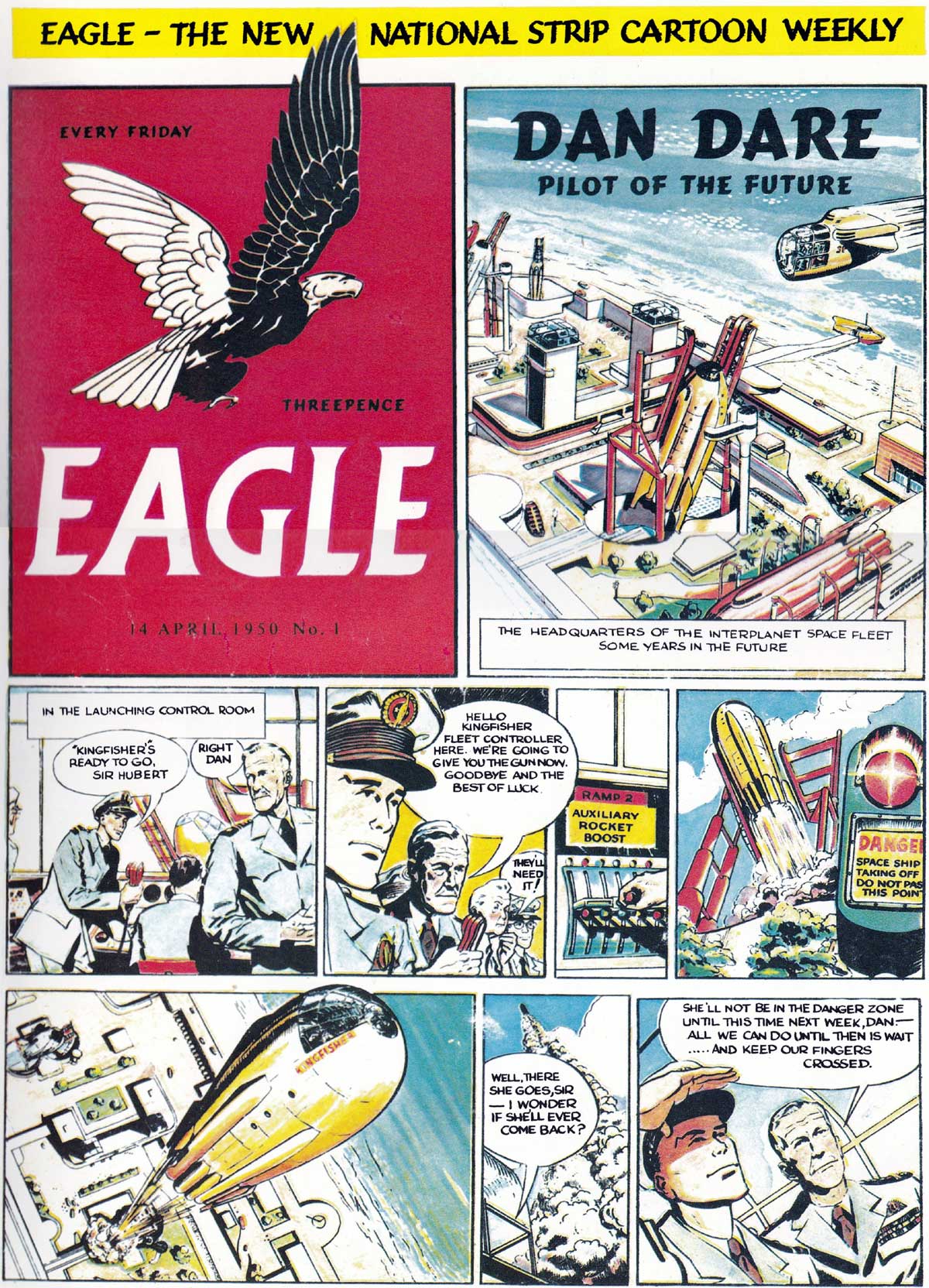 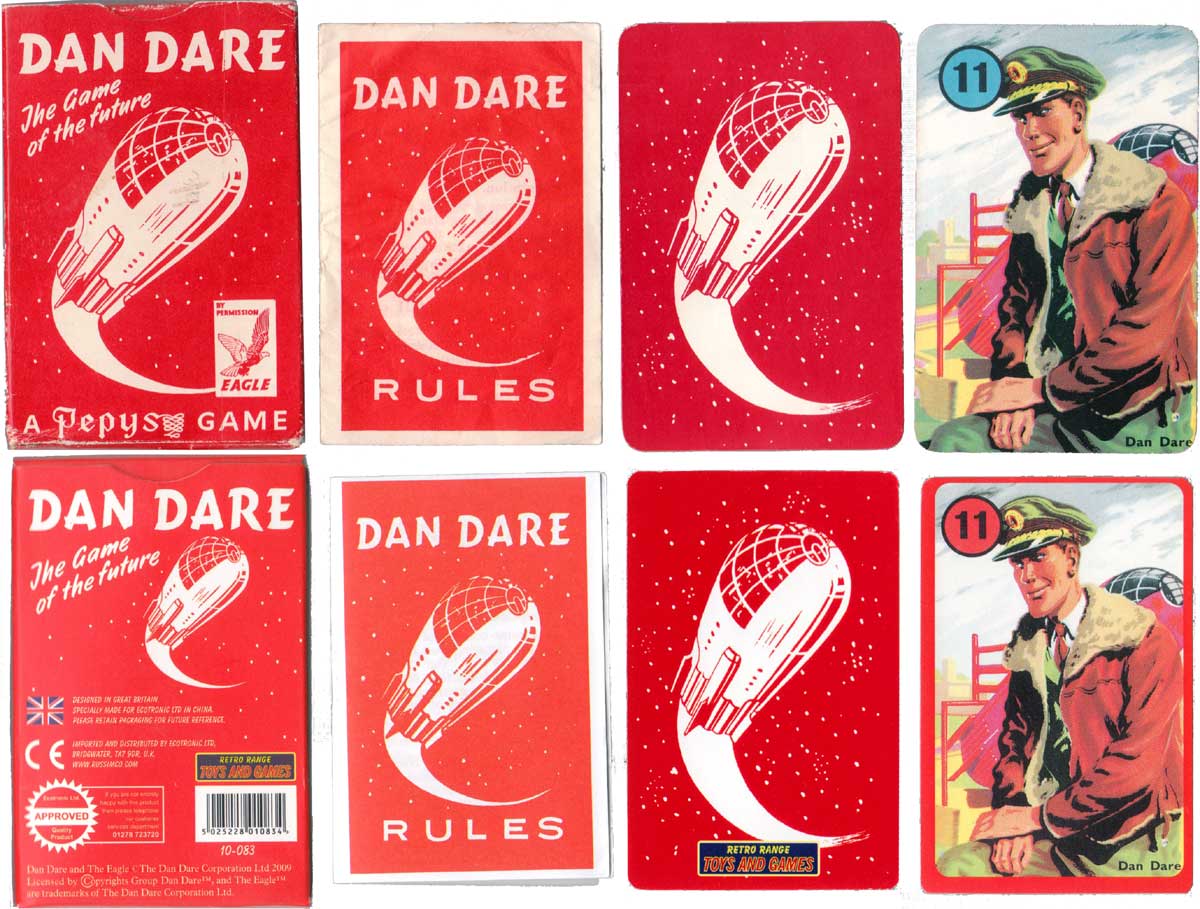 Above: comparison between the original 1953 version (top row) and the new reproduction made in China and distributed by Ecotronic Ltd, 2009.