Punch and Judy card game was drawn by Neville Main and published by Pepys as an economy 34-card game in 1956. The cards include the traditional puppet characters who fall victim to Punch’s club and we can almost hear the hysterical laughter. Two versions are known, one with white borders and the other without white borders. The boxes are identical. The object of the game is to dispose of one’s cards by laying down sets of three or four cards of the same character. See the Rules►  See the Box► 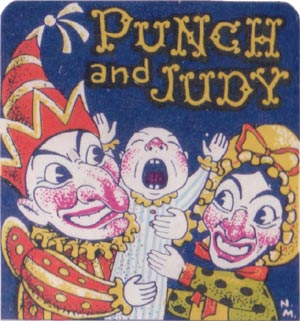 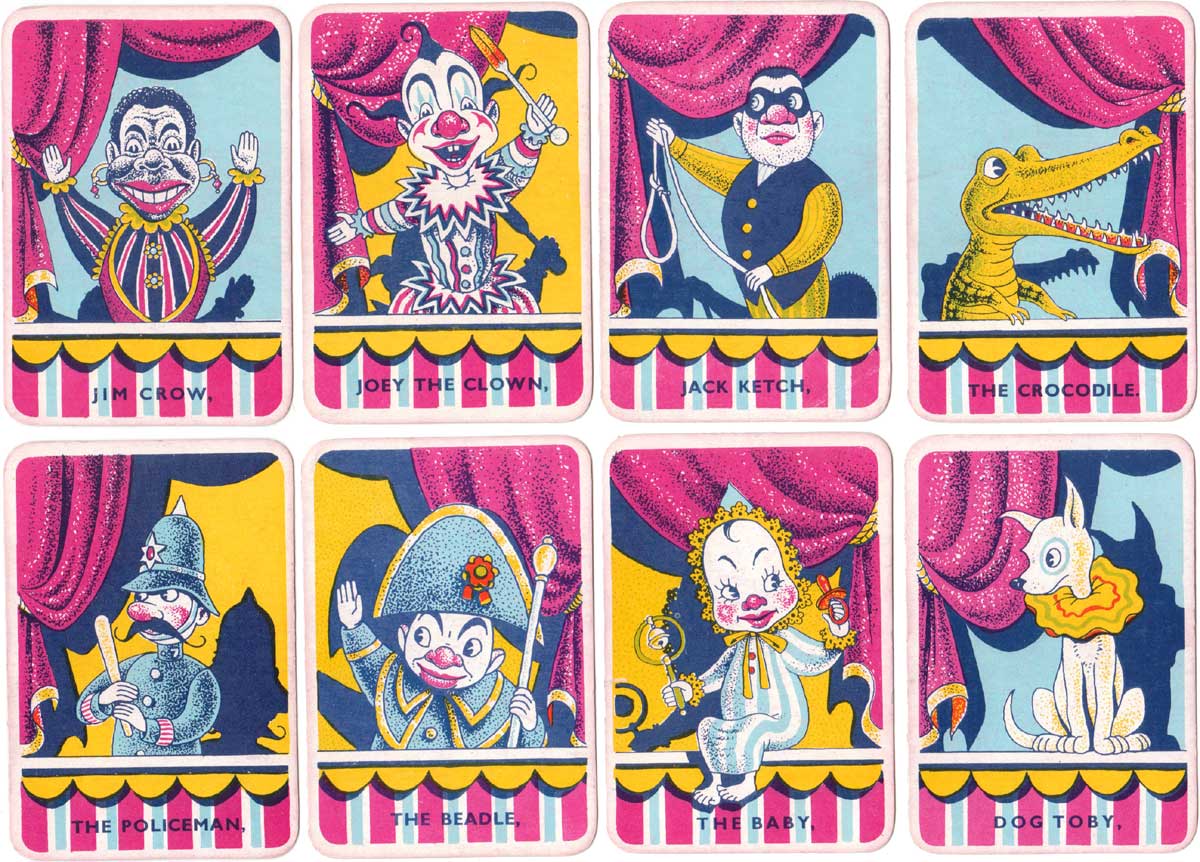 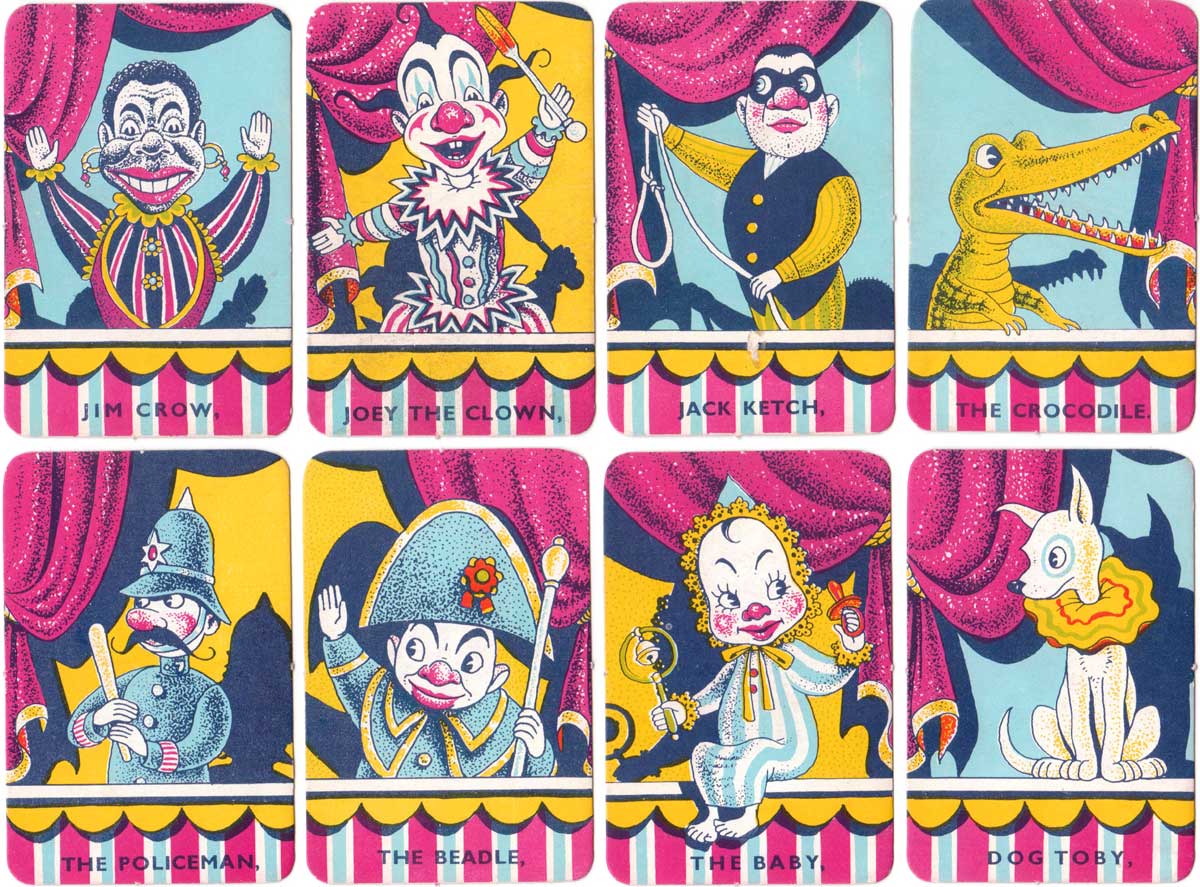 Above: two editions of “Punch and Judy” card game published by Pepys with and without white borders, 1956. 34 cards + rules in box.