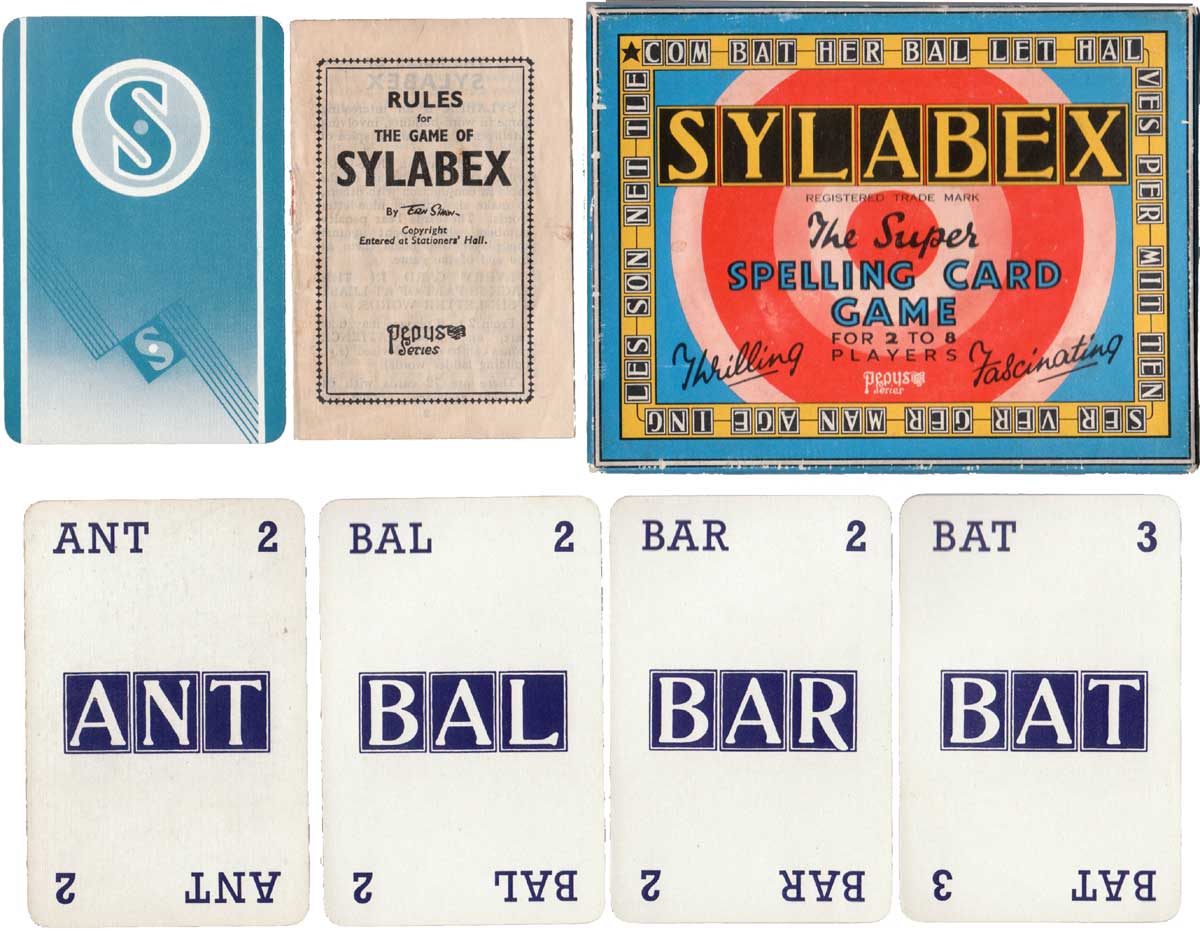 Above: Sylabex published by Pepys, first edition in a double sized lid and bottom type box with 72 cards, 1948. 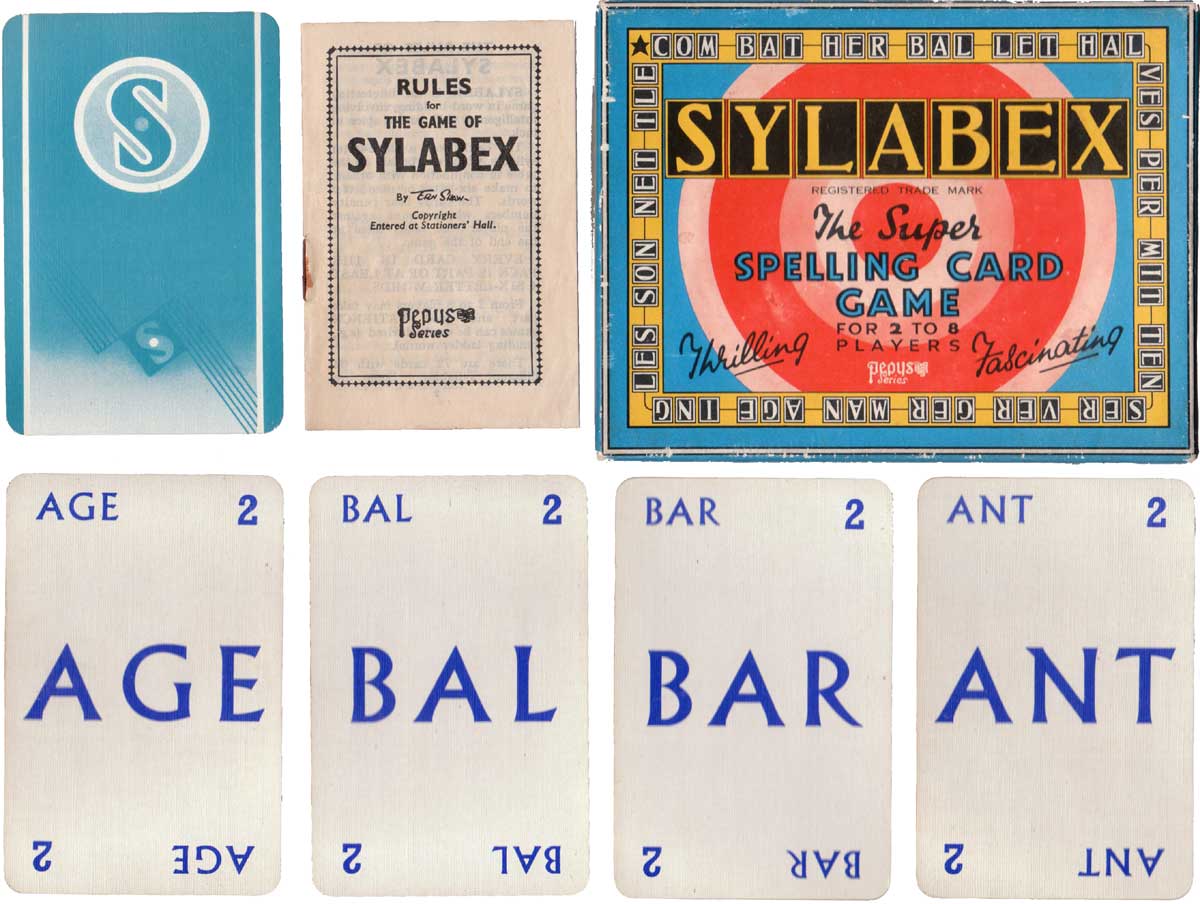 Above: Sylabex published by Pepys, 2nd edition in same large box but with new typeface on the cards, 1972. 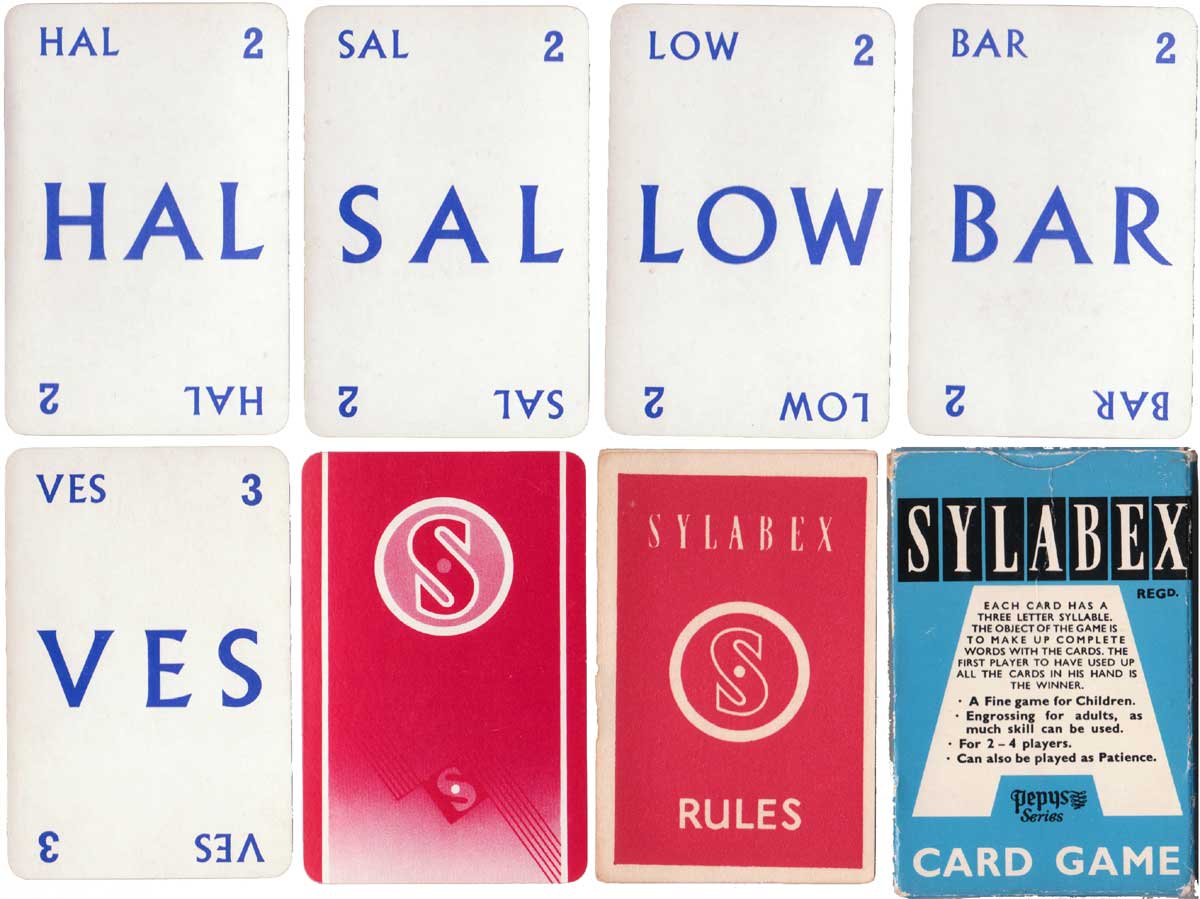 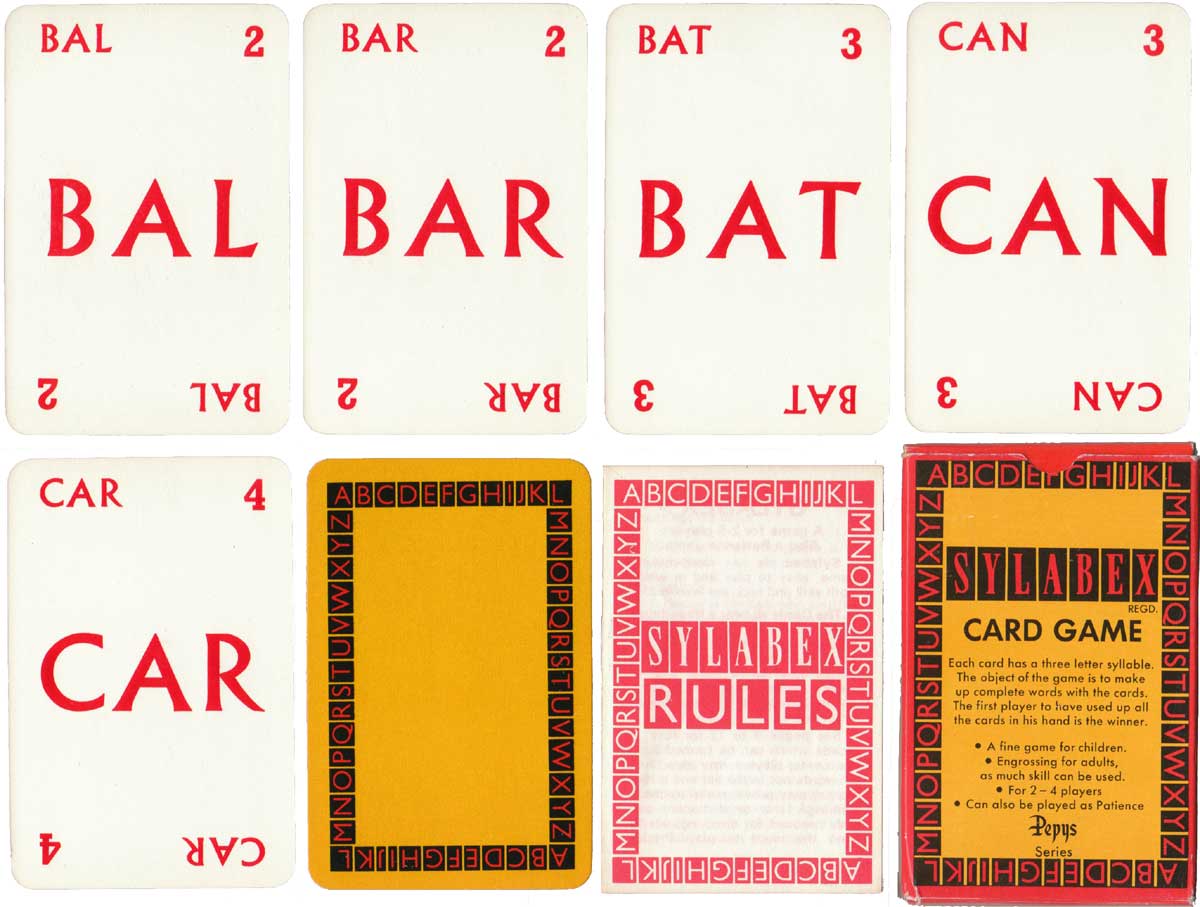 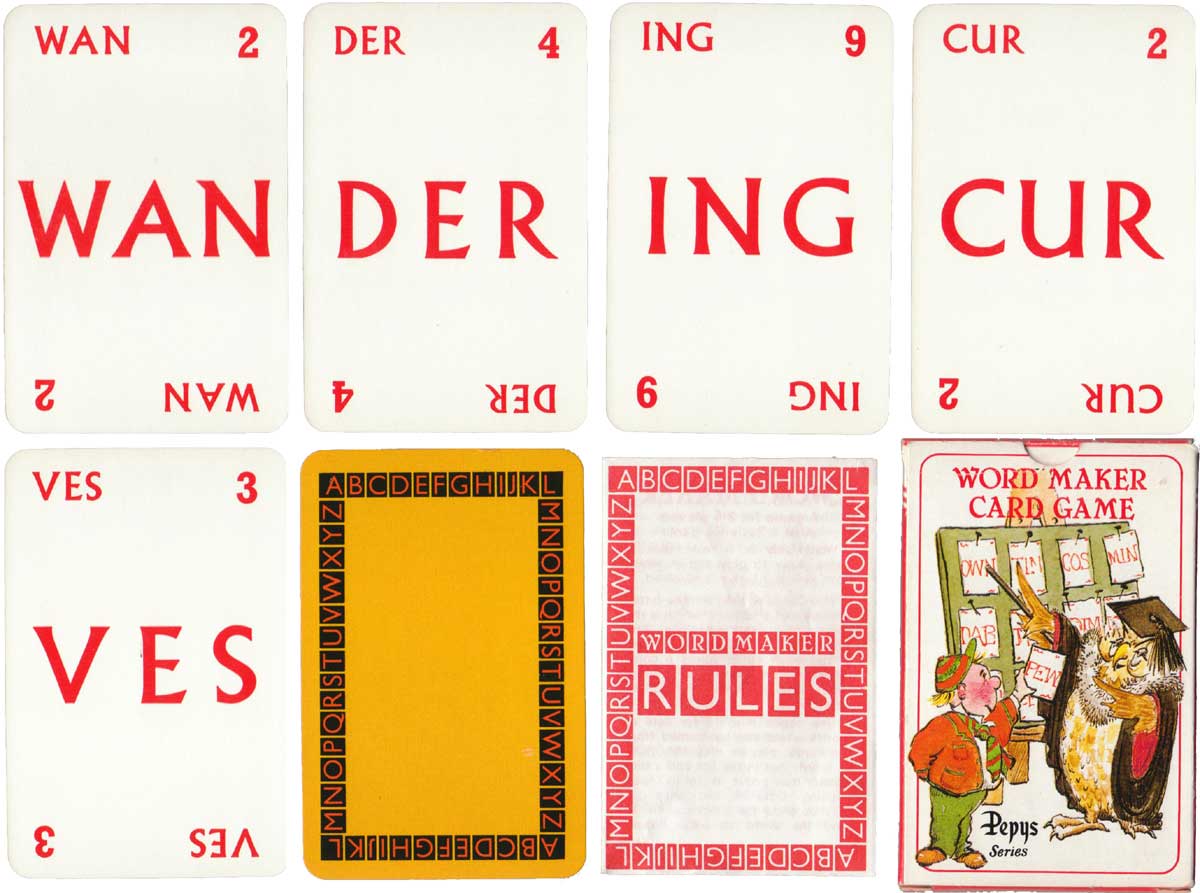 Above: Word Maker published by Gibsons, 1984.