“Vacuation” is a card game published by Pepys games during WW2 based on the British government’s plan to evacuate women and children from cities to Reception Areas in the countryside, away from the threat of enemy bombing. The game depicts humorous caricatures of children, school teachers and householders making a total of 44 cards with different letter codes and some extra cards such as “Alarm” and “Extra Gas Mask”. The aim of the game is to be the first player to get rid of all his/her cards. See the Rules►

By the end of the War around 3.5 million people, mainly children, had experienced evacuation   learn more → 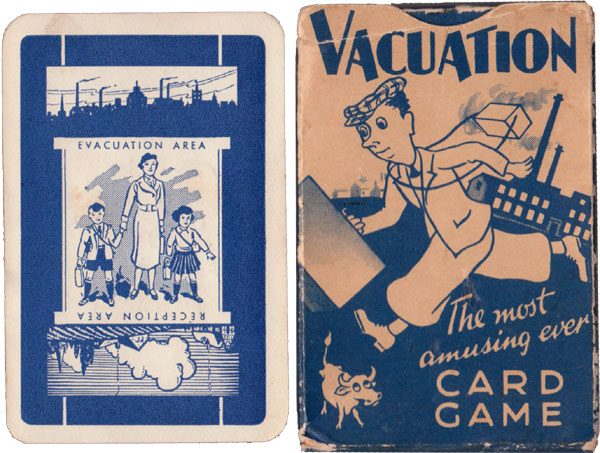 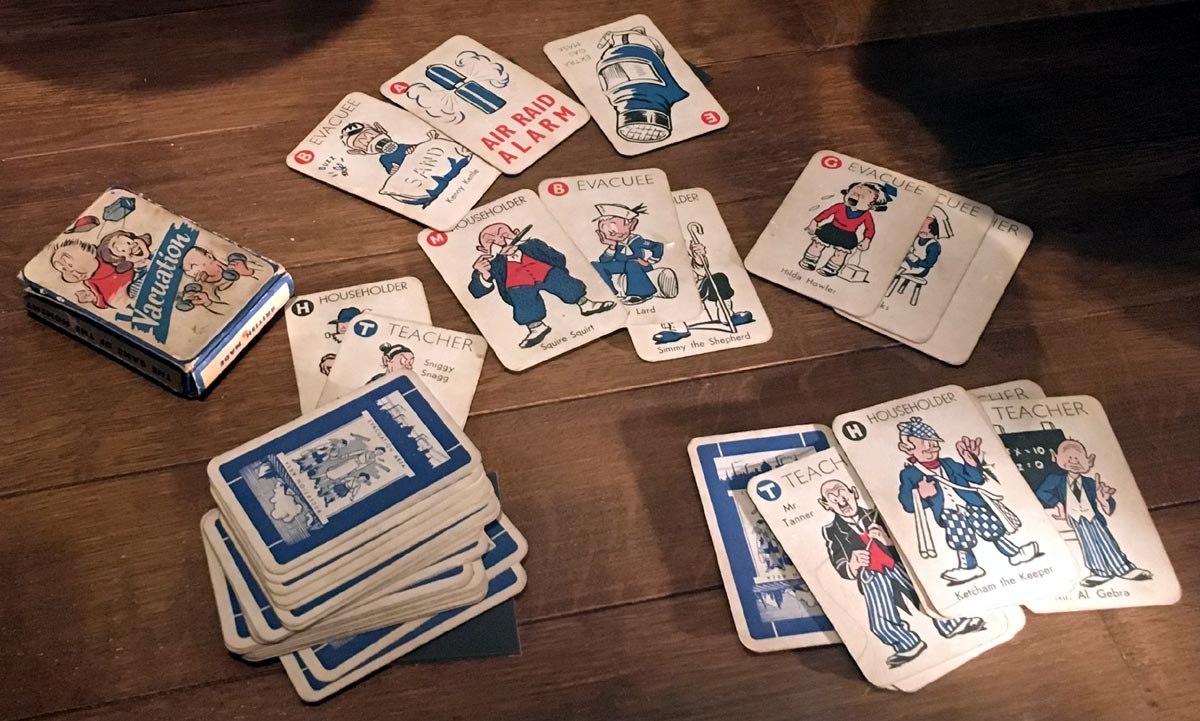