I Commit crime club card game, invented by popular novelist Laurence Meynell, was first published by Pepys in 1948. The marvellous illustrations depict a selection of criminal characters, their motives, opportunities and clues, as well as a number of police constables and inspectors. The object of the game is to get rid of all your cards by committing a crime, such as smash and grab or bank hold up, or by assisting the police to make an arrest. See the Rules► 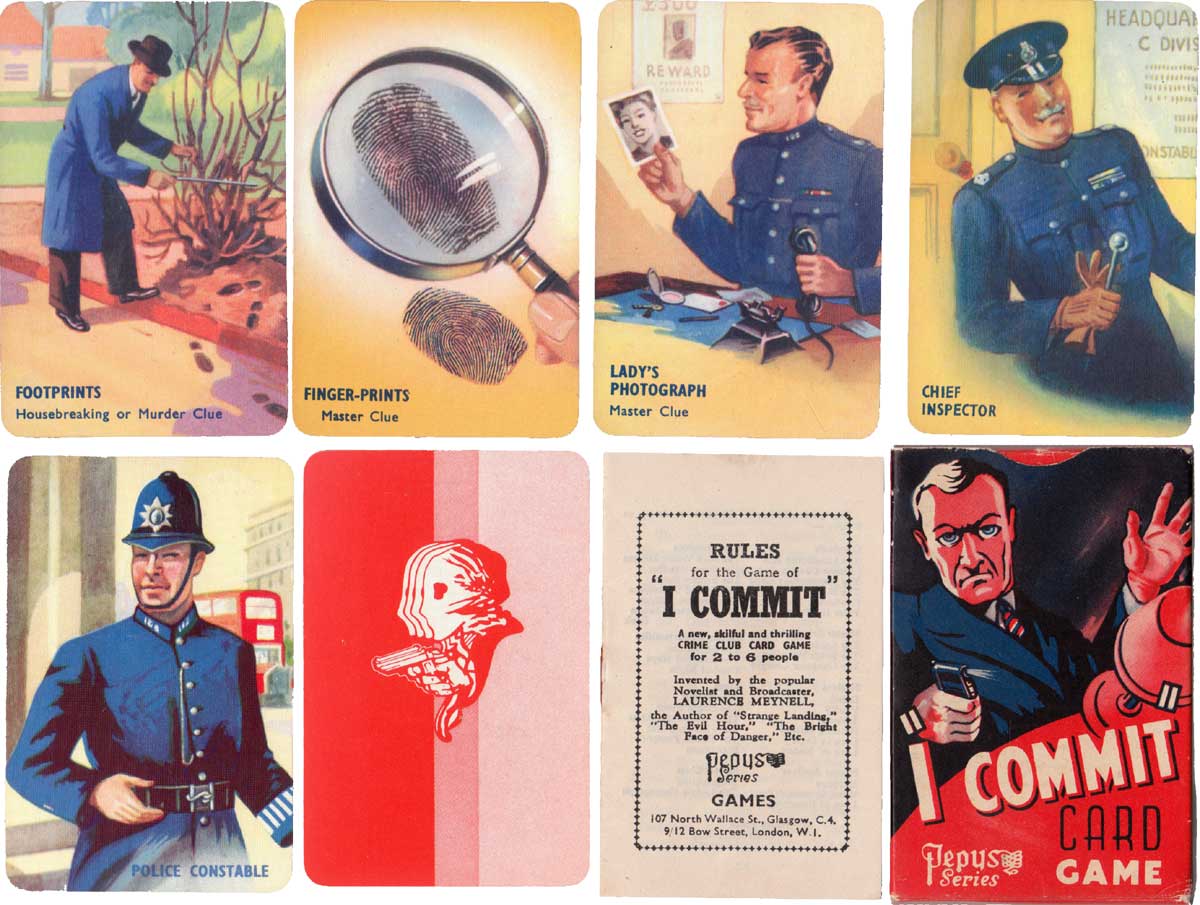 Above: “I Commit” crime club card game invented by Laurence Meynell, Pepys Games, 1st edition 1948. 53 cards + rules booklet in box. In view of the big success of the “Adventures of PC49” radio series (which must have been soon after the first edition) Pepys issued a second edition with a slightly odd policeman identified as PC49 on his collar.

In 2011 Lagoon Games issued a reproduction which they called “Accused” presented in a tin box, also introducing a white border around all the cards.