Wimbledon card game simulating Tennis published by Pepys (Castell Bros Ltd), 1959. A “Double Feature” game with a tennis court, a wooden ball and the endorsement of Fred Perry. According to the rules booklet, the scoring and object of the game are exactly the same as for a real game of tennis. See the Tennis Court► 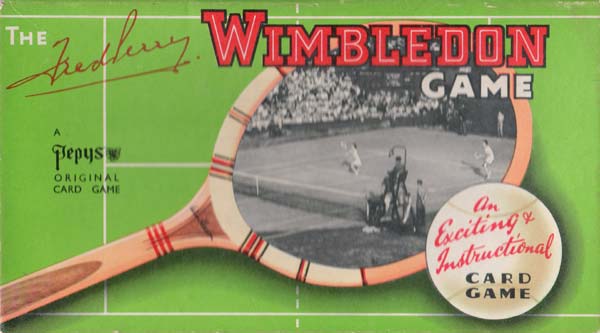 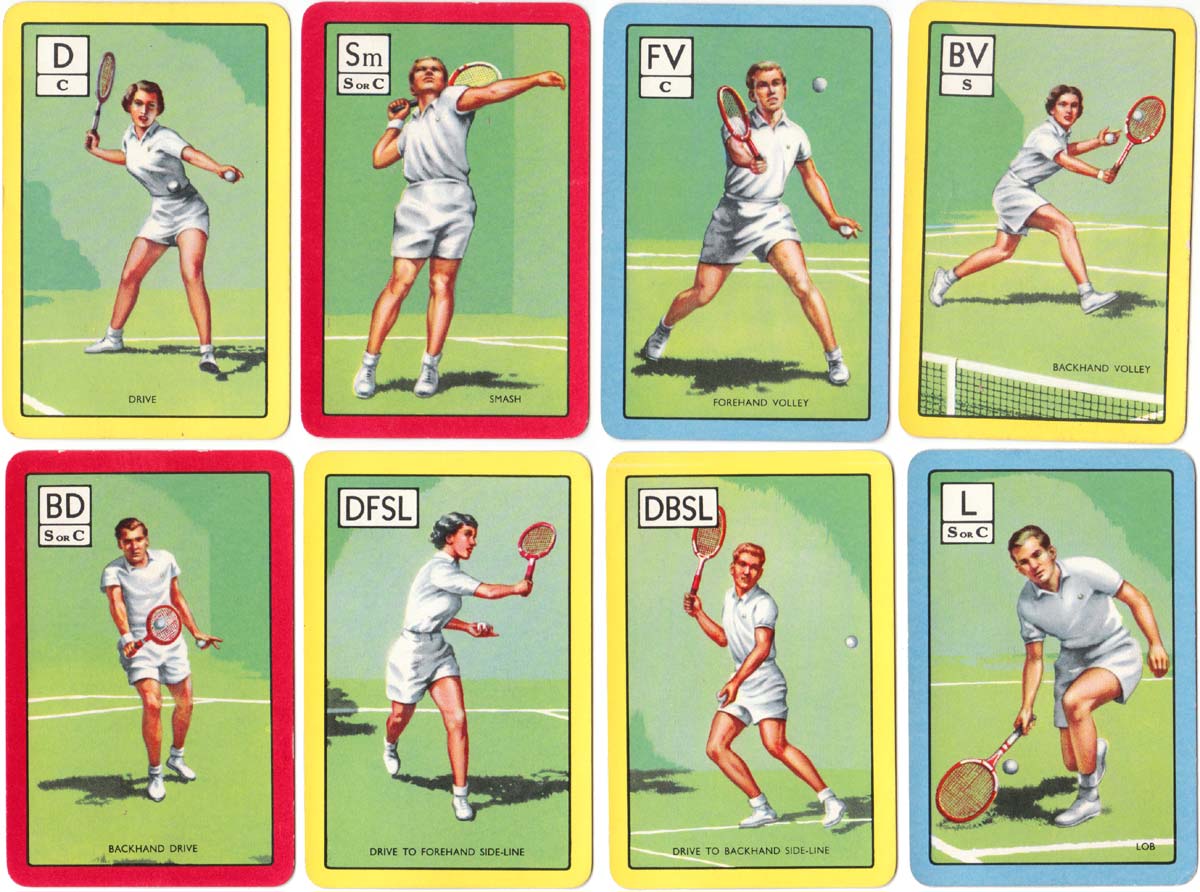 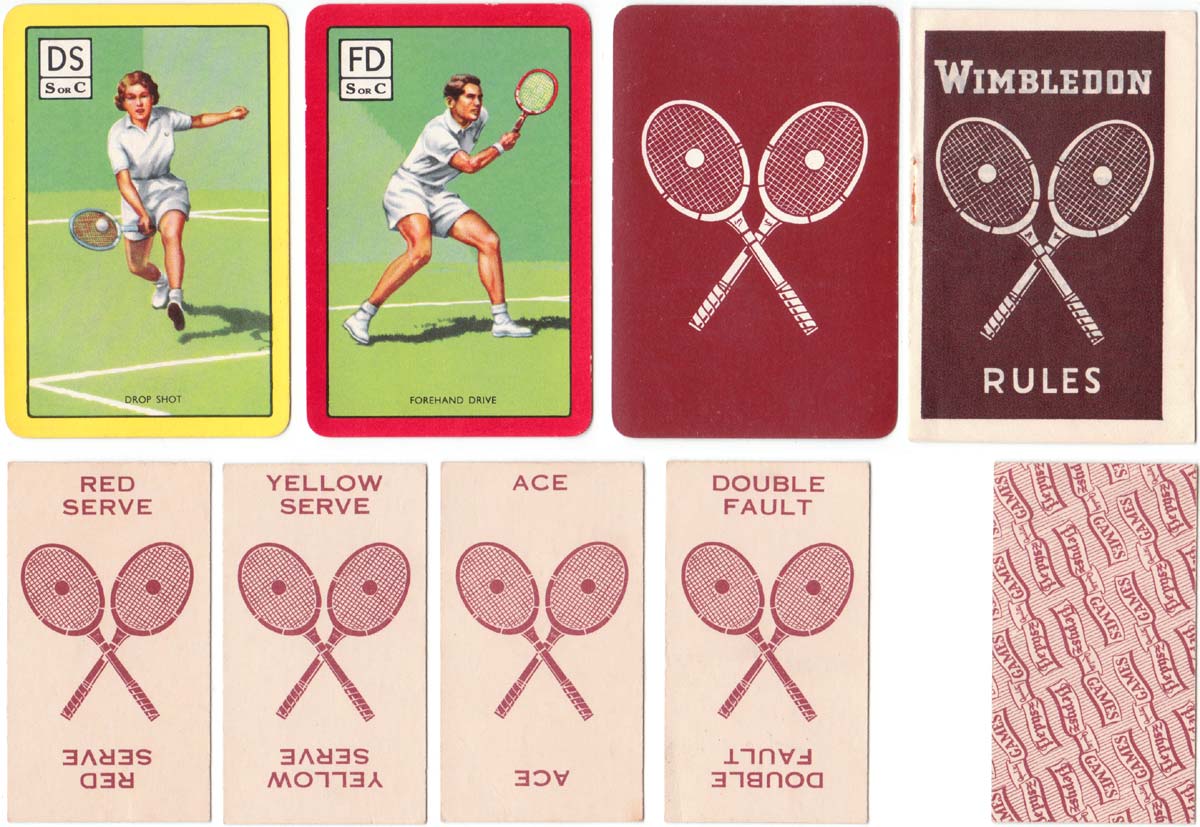