A Royal Game was registered at the Patent Office on 14th Sept. 1895 by William Pitt Brook and Alfred Collier (publisher) (who also published ‘Oliver Twist Snap’ and ‘Jovial Families’).

See the Rules►
See the Box►

“Our invention consists of a new or improved game to be played with cards by young people which will be both instructive and entertaining.” 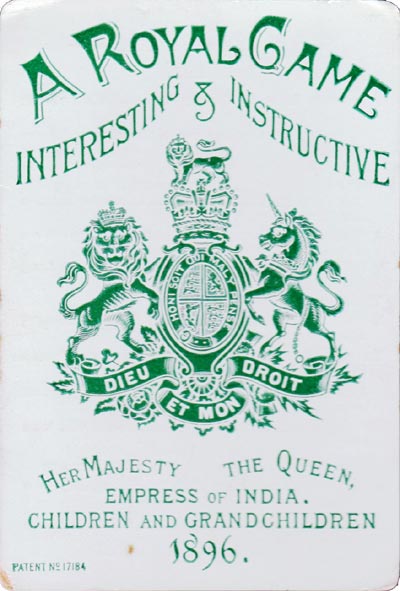 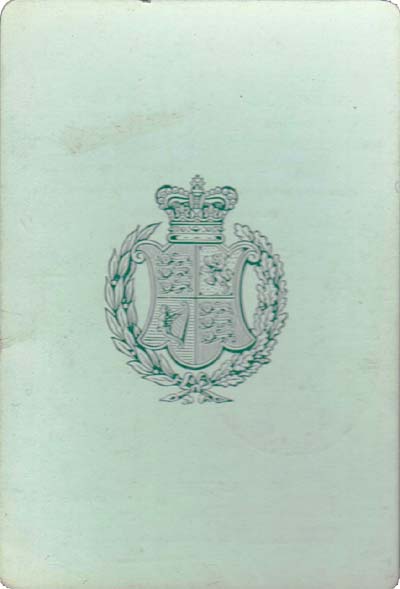 The pack contains 52 cards divided into ten groups consisting of Her Majesty, the late Prince Consort, with their children and grand-children. 1896 was the year in which Queen Victoria became the longest-reigning monarch in British history, and her Diamond Jubilee celebration would take place the next year.

Each card gives details of the name and title with dates of birth, marriage and death (if appropriate) along with an image of the person(s) concerned. To play the game, all the cards are dealt round and the dealer starts by asking any player for any card s/he may require to help complete any particular family s/he has in hand. See the Rules►