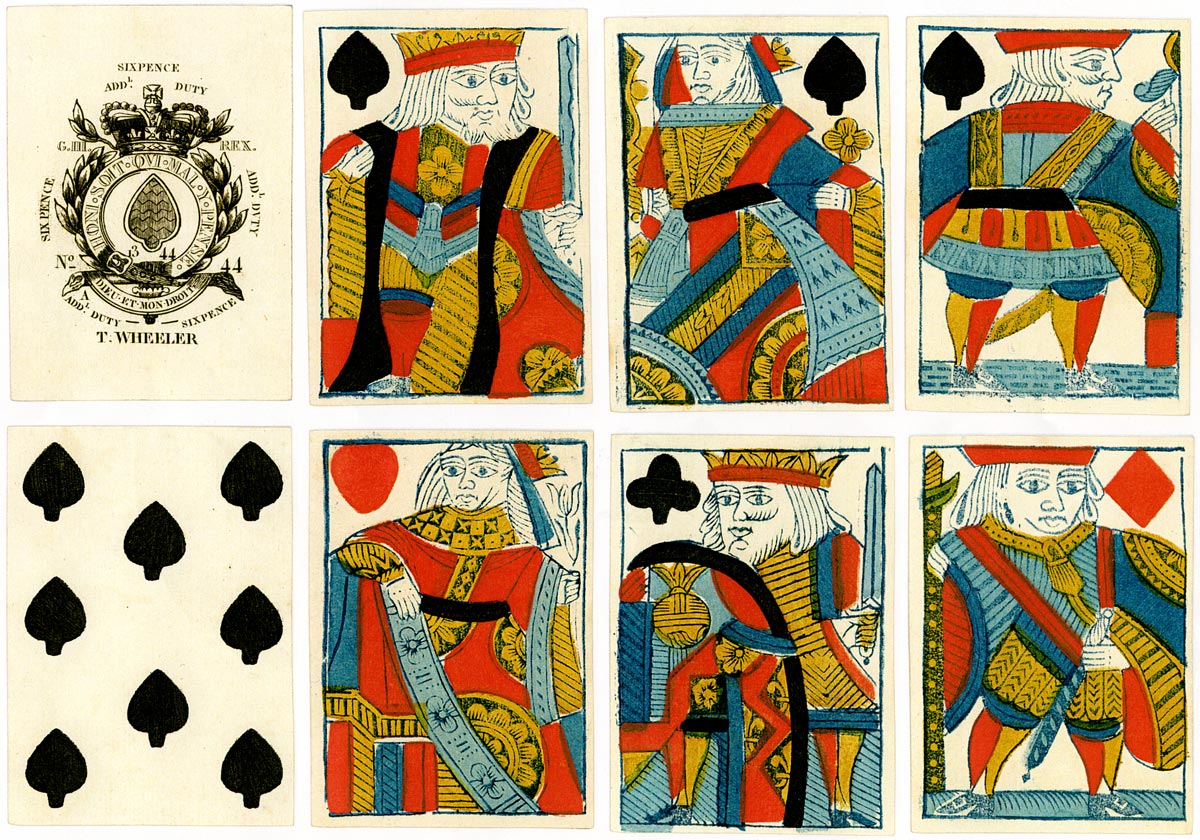 However, Thomas Wheeler soon changed to a more usual style of court like those of Brotherton. 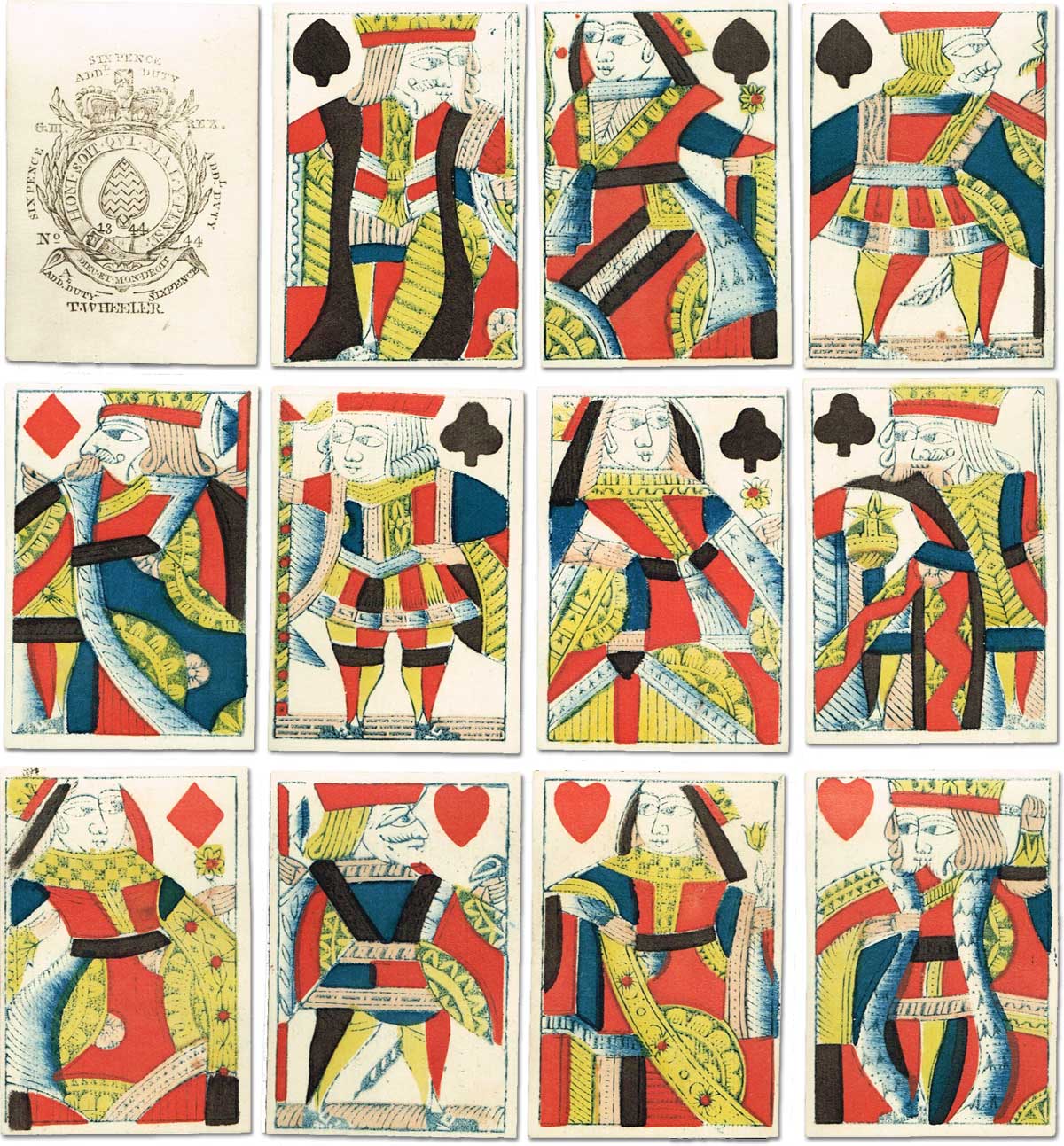 Above: cards from a pack by Thomas Wheeler, c.1803. This ace of spades, known as the Ludlow Ace, is die number 44, 1st re-cut, and bears a date of 1344 (needs to be read under a glass where the 3 can be clearly read). Wheeler ascribed this date to the forming of the Order of the Garter (the Garter Ace of Spades being used on duty aces from 1765-1828), the Order was in fact formed four years earlier! The central spade pip of the ace is shaded, which does not occur on other duty aces by other manufacturers. Images courtesy John Sings.

Thomas Wheeler also produced Ludlow’s Knights Cards around 1800. These were an attempt to introduce some innovations such as double-ended pip cards and in a second version double-ended courts. The design of the courts is even cruder than usual and the double-ended ones are not even mirror images.

Many Wheeler Aces turn up in what are most likely to be second-hand packs, because the courts don’t match the Ace.