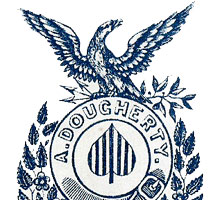 Andrew Dougherty's story is a key part of the development of the American playing card industry and he can be credited with several innovations to playing cards. In late 1849 Dougherty moved his business to 78 Cliff Street in New York and operated from that address until c.1858. The idiosyncratic courts used in this early deck, with features reminiscent of the woodblock & stencil technique, were used by several other U.S. manufacturers, including Crehore and Hart, and continued into the early 1900s in Faro decks   see example → 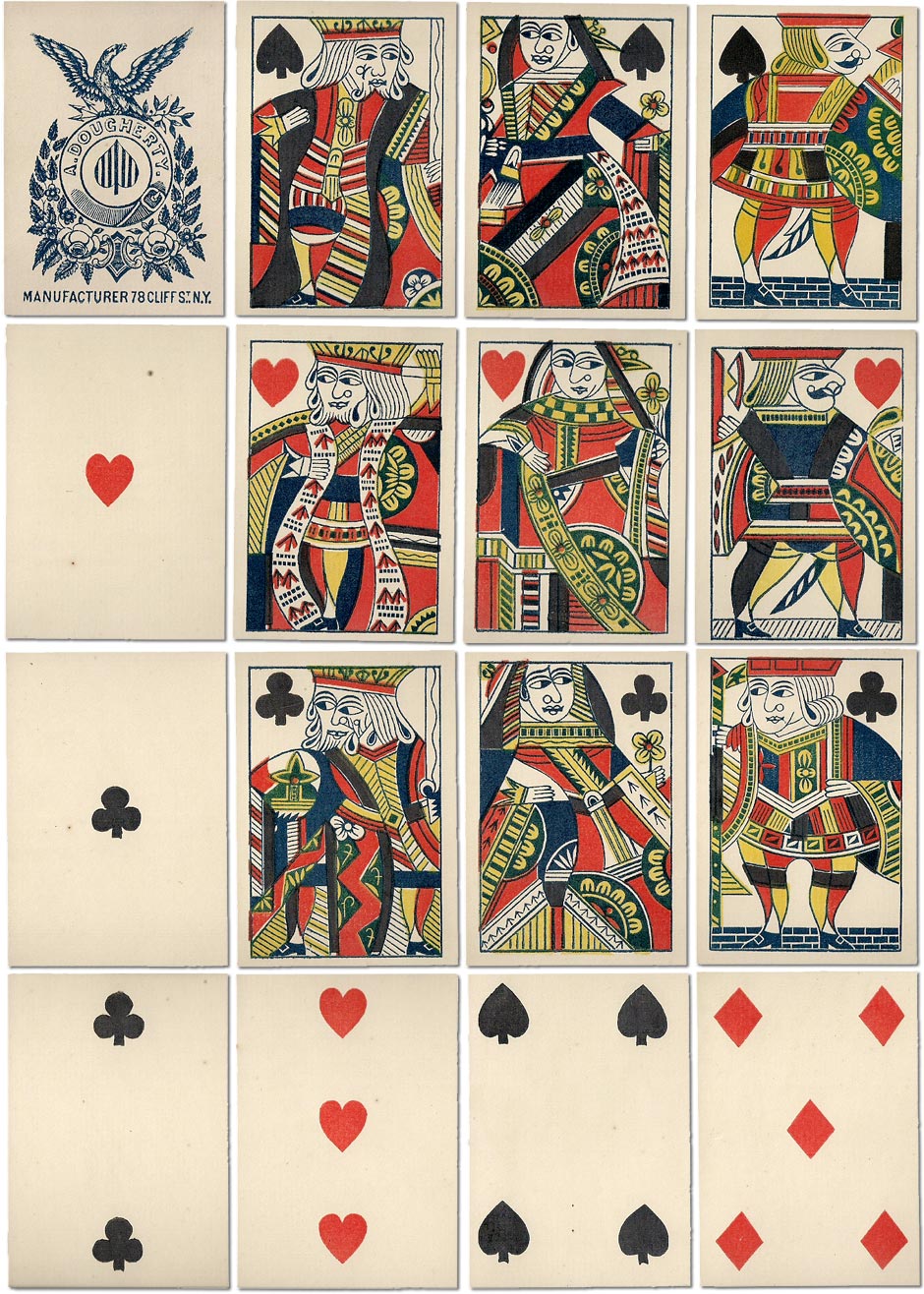 Above: an early single-ended deck with the Cliff Street address on the Ace of Spades, c.1850, printed with blue outlines. The one-way pip cards were applied using stencils. These courts were used by several manufacturers and continued into the early 1900s in Faro decks. Images courtesy Rod Starling.

Images from the collection of Rod Starling.