Naipes Congreso was one of Della Penna's brands of Anglo-American type playing cards, alongside Naipes Guarany, Naipes Inca and Naipes Ombú. The title refers, of course, to the Palacio del Congreso, the imposing greco-roman style, granite government buildings in Buenos Aires, completed in 1906 and which are illustrated on the box, the ace of spades and the reverse. The court cards are based on the designs of Goodall. This example shows the company name as C. Della Penna S.A.C.I. and dates from c.1965-67. 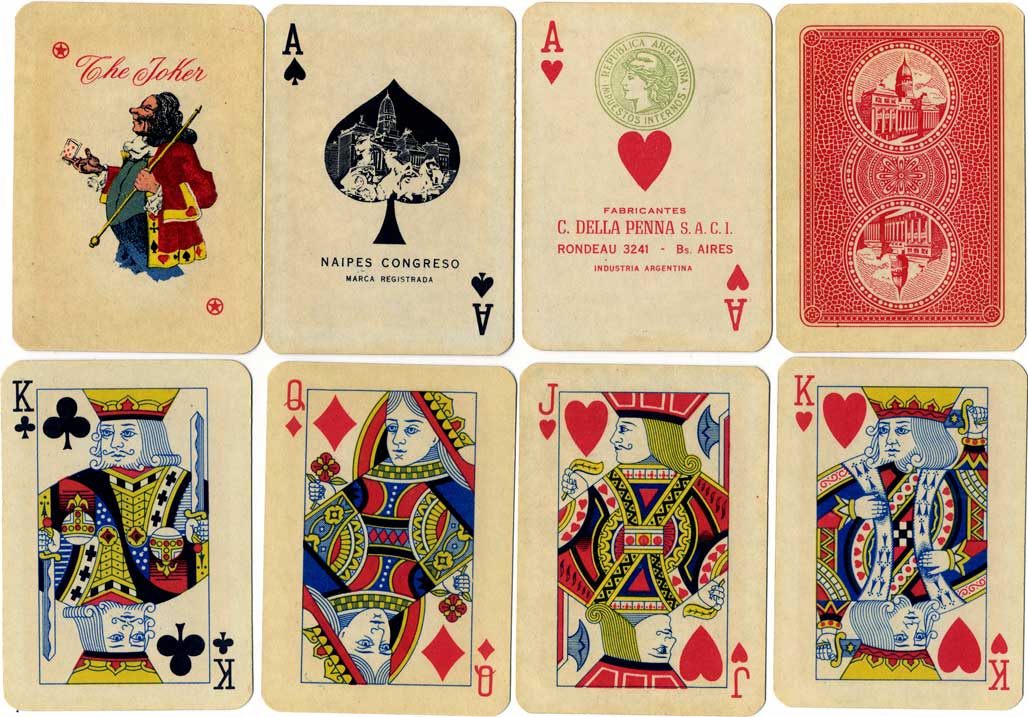 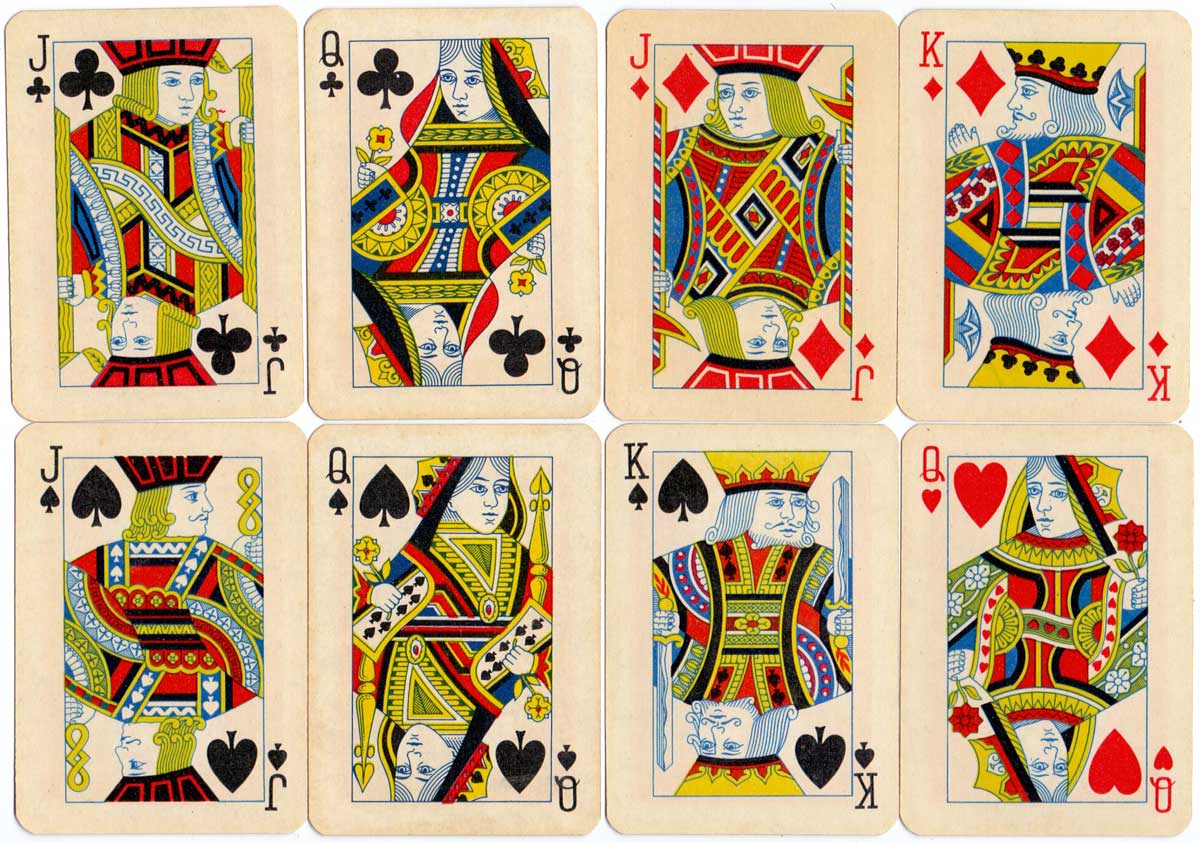 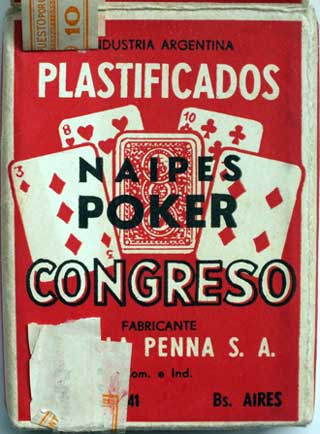 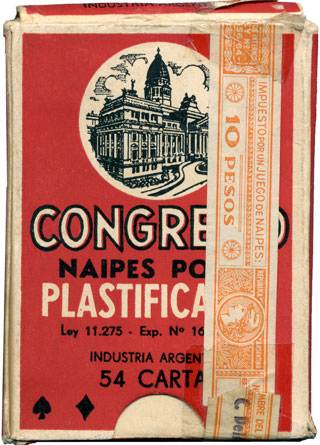 Left: box from above deck of Naipes Congreso, showing the 10 Pesos orange tax band which was in use during the period 1965-1967. The Palacio del Congreso building can be seen illustrated on the box. In conjunction with the green "Marianne" tax stamp on the ace of hearts, the deck can be dated to somewhere between 1965-1967.