Naipes Poker Guarany was one of Della Penna's leading brands of Anglo-American type playing cards and was produced in successive editions until the company was taken over in 1978. The court cards are based on the designs of De la Rue. The Joker and ace of spades show the Indian with bow-and-arrow motif. This early example shows the company name as C. Della Penna & Cía, before it became C. Della Penna S.A.C.I. 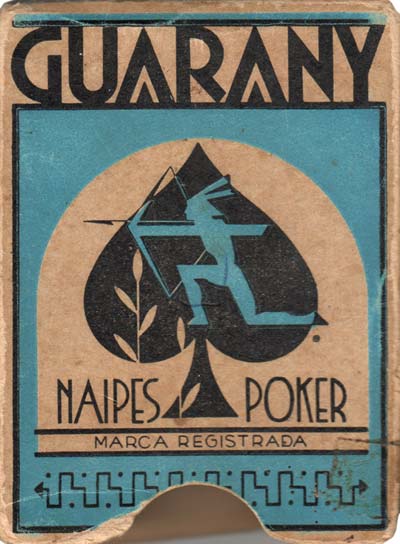 The Guaraní are a group of indigenous peoples of South America who speak the Guaraní language. 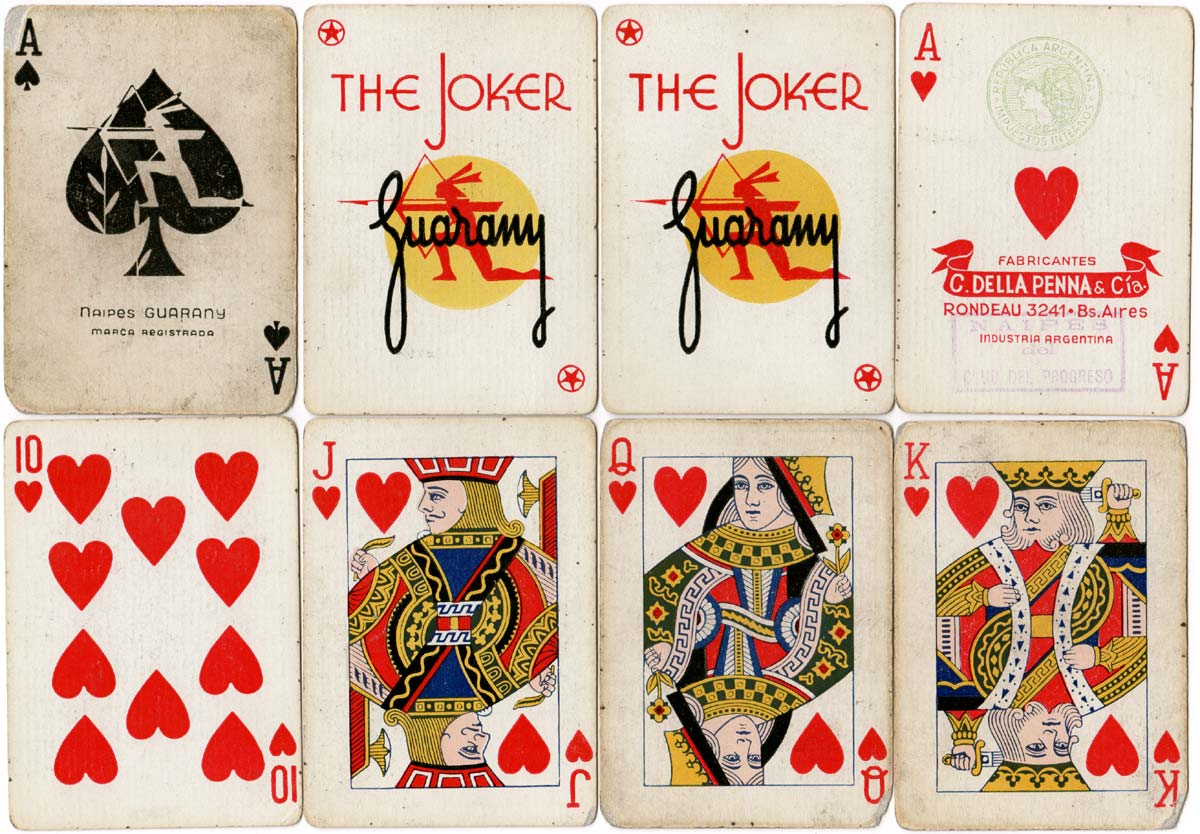 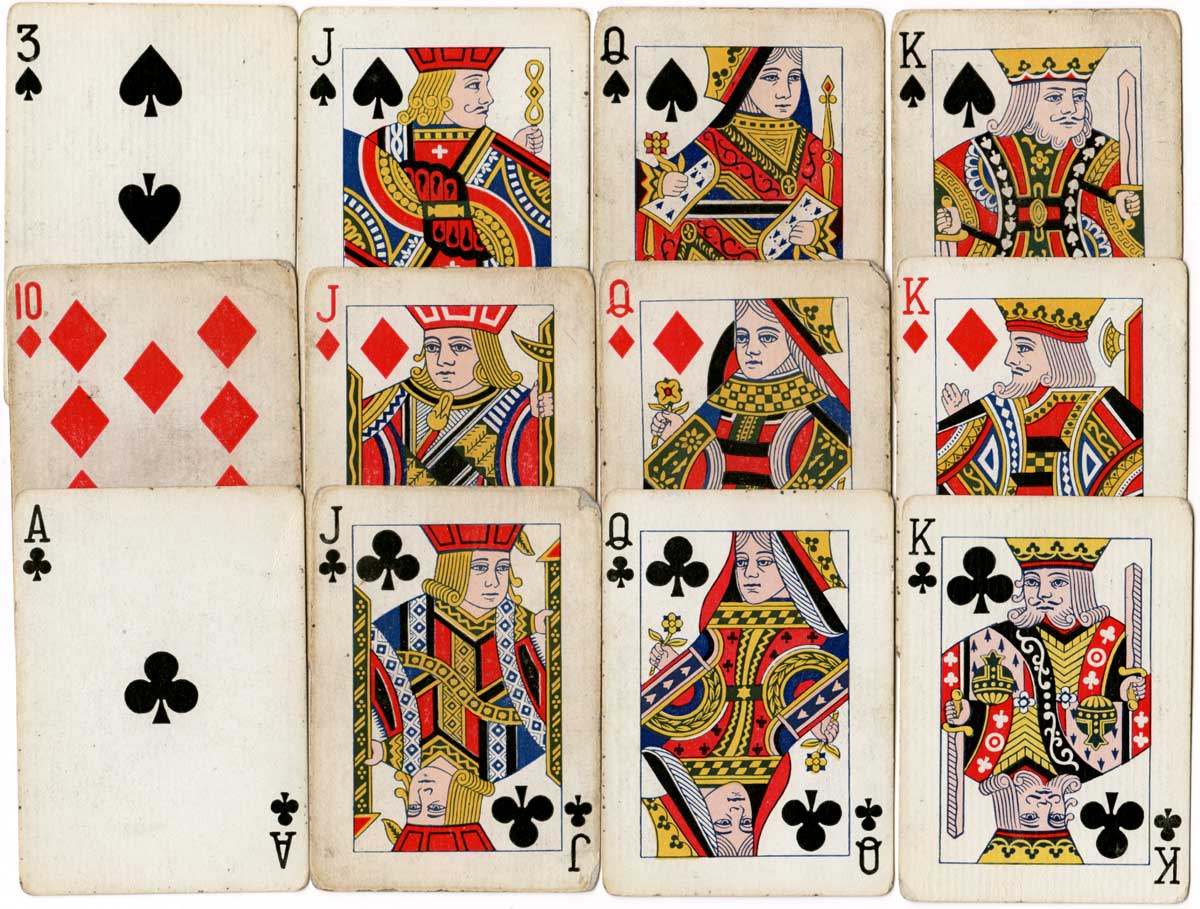 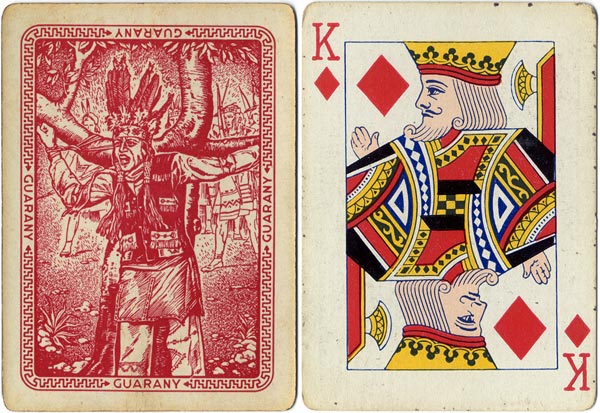