Naipes Inca was one of Della Penna's leading brands of Spanish-suited playing cards, and was produced in successive editions until the company was taken over in 1978. This new version of Naipes Inca, with re-drawn and slightly simplified court cards, appears to have been registered in 1943. 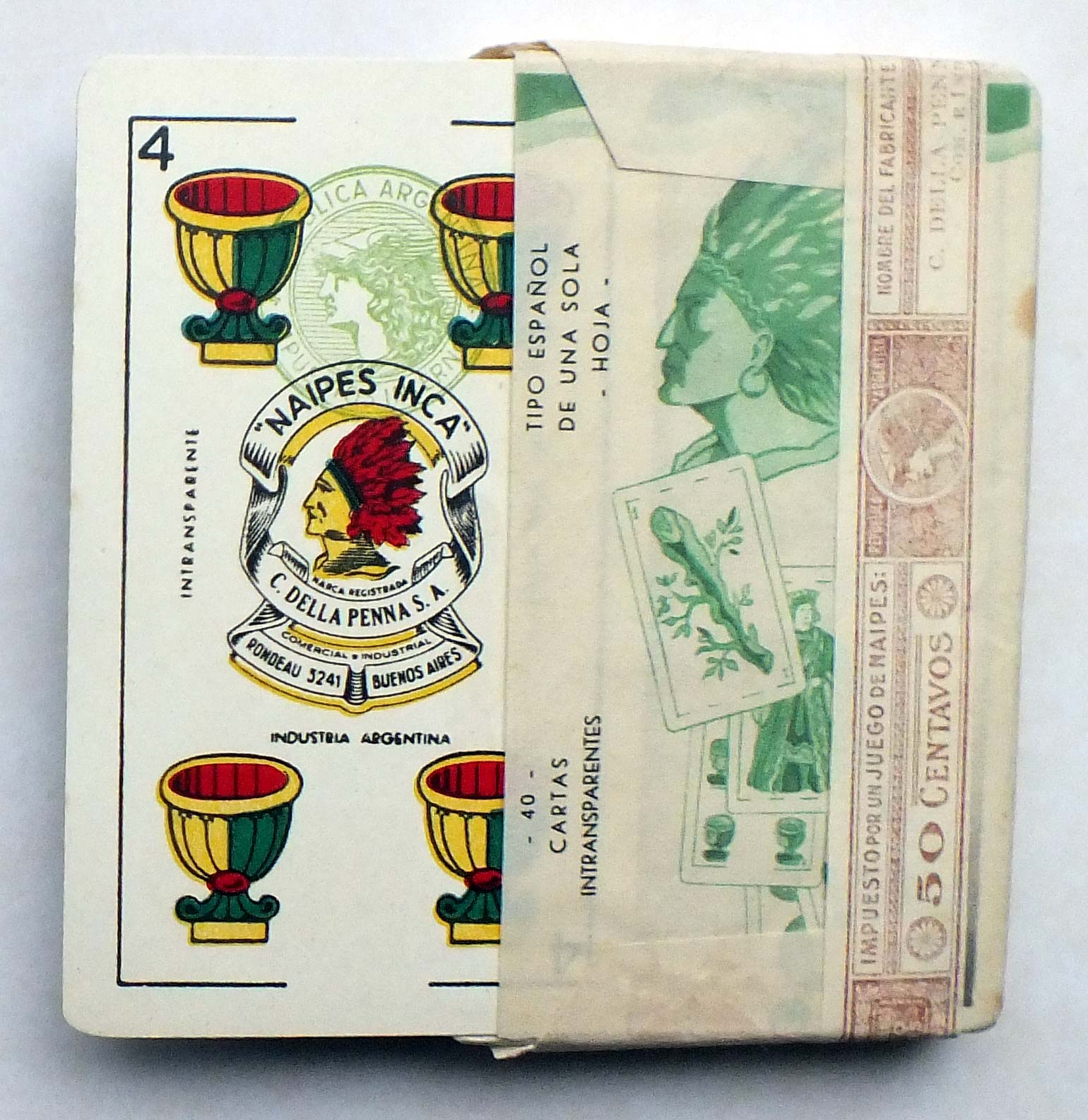 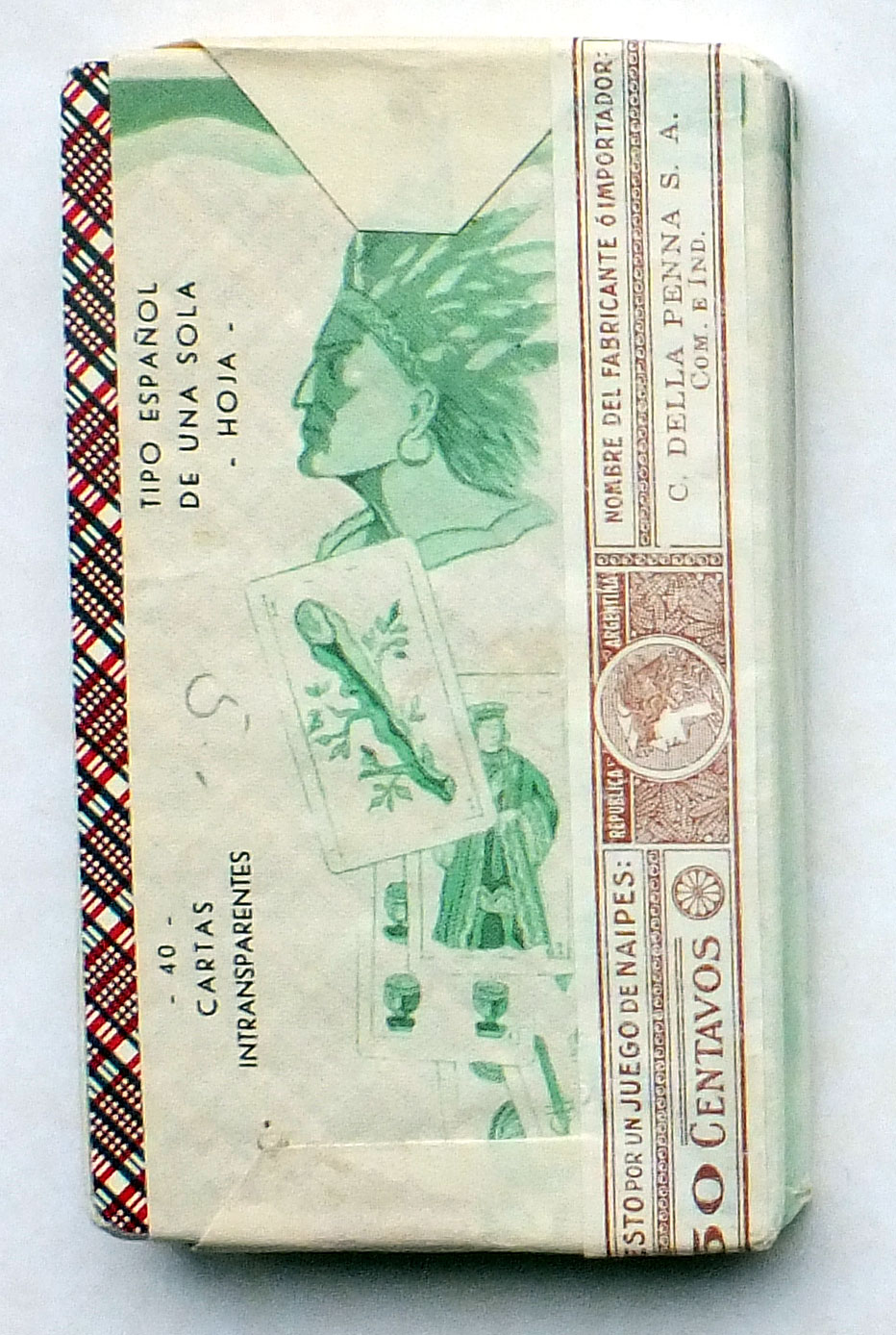 Decks produced over this time period can have either the "Mercury" or "Marianne" tax stamp on the four of cups, and the brown 50 centavos tax band around the outer wrapper or box, relating to Decreto 18,235 (1944-1964).

Boxes appear to have been introduced around 1960. Over the years numerous small changes of detail are discernible in the typography and design of the cards, but it is not possible to classify these here. 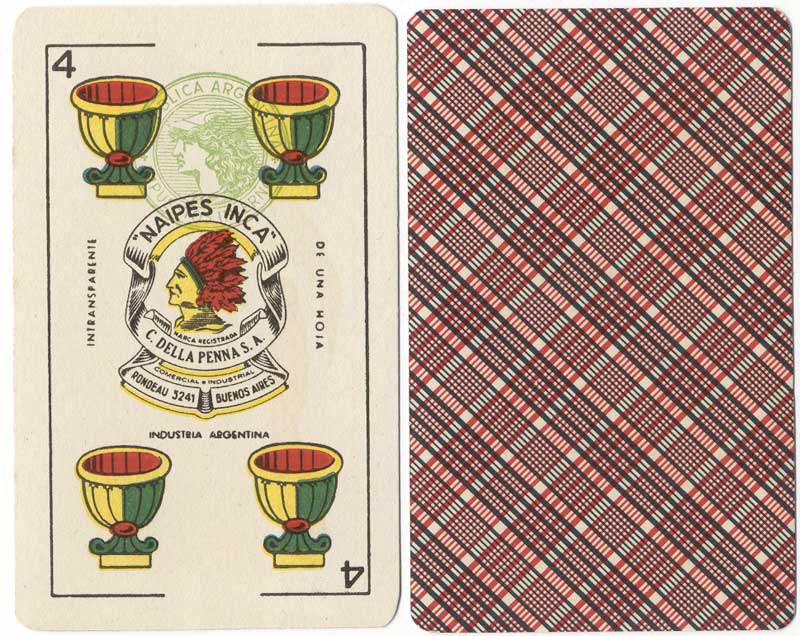 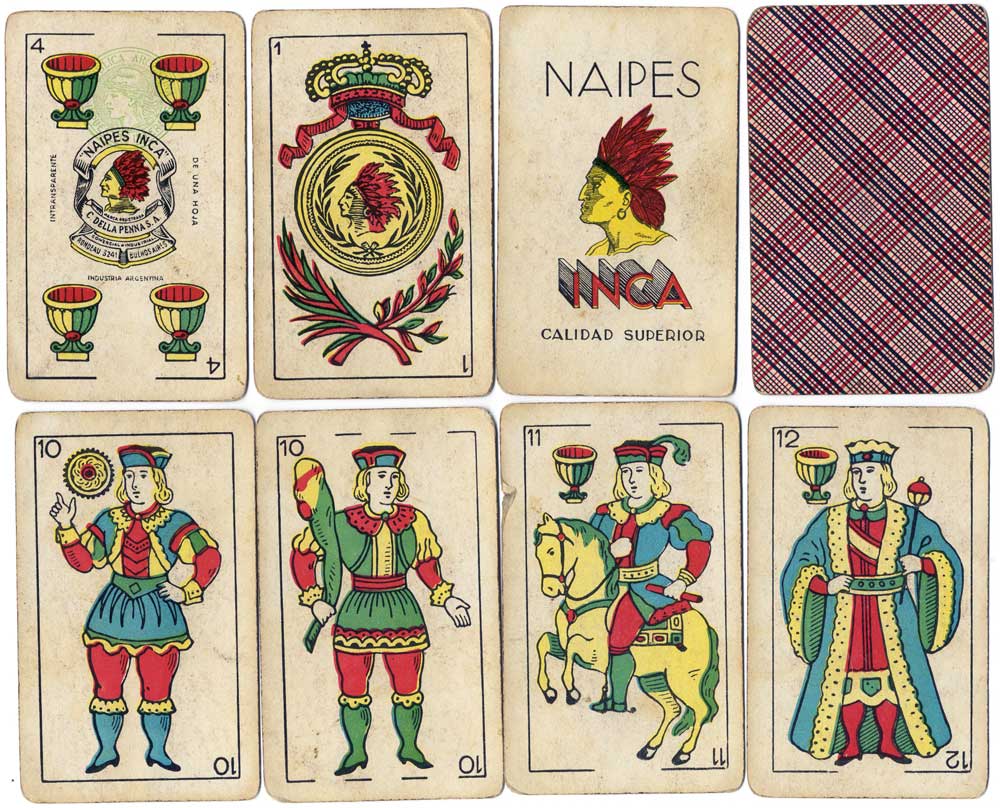 Above: cards from a 50-card deck of Naipes Inca, including 2 extra cards. The "Marianne" tax stamp on the four of cups suggests a date of between c.1955-68. In both cases the logo has the company name in a serif typeface.