Naipes Porteño was one of Della Penna's leading brands of Spanish-suited playing cards, alongside Naipes Inca. It was produced in successive editions until the company was taken over in 1978. The brand name appears to have been registered in 1944, however it is not known whether it was already being published before this date. Over the years the logo on the four of cups changed. Earlier editions show the Palacio del Congreso, as seen on this page, but sometime during the 1960s it changed to a view of Buenos Aires port, perhaps to differentiate from "Naipes Congreso". 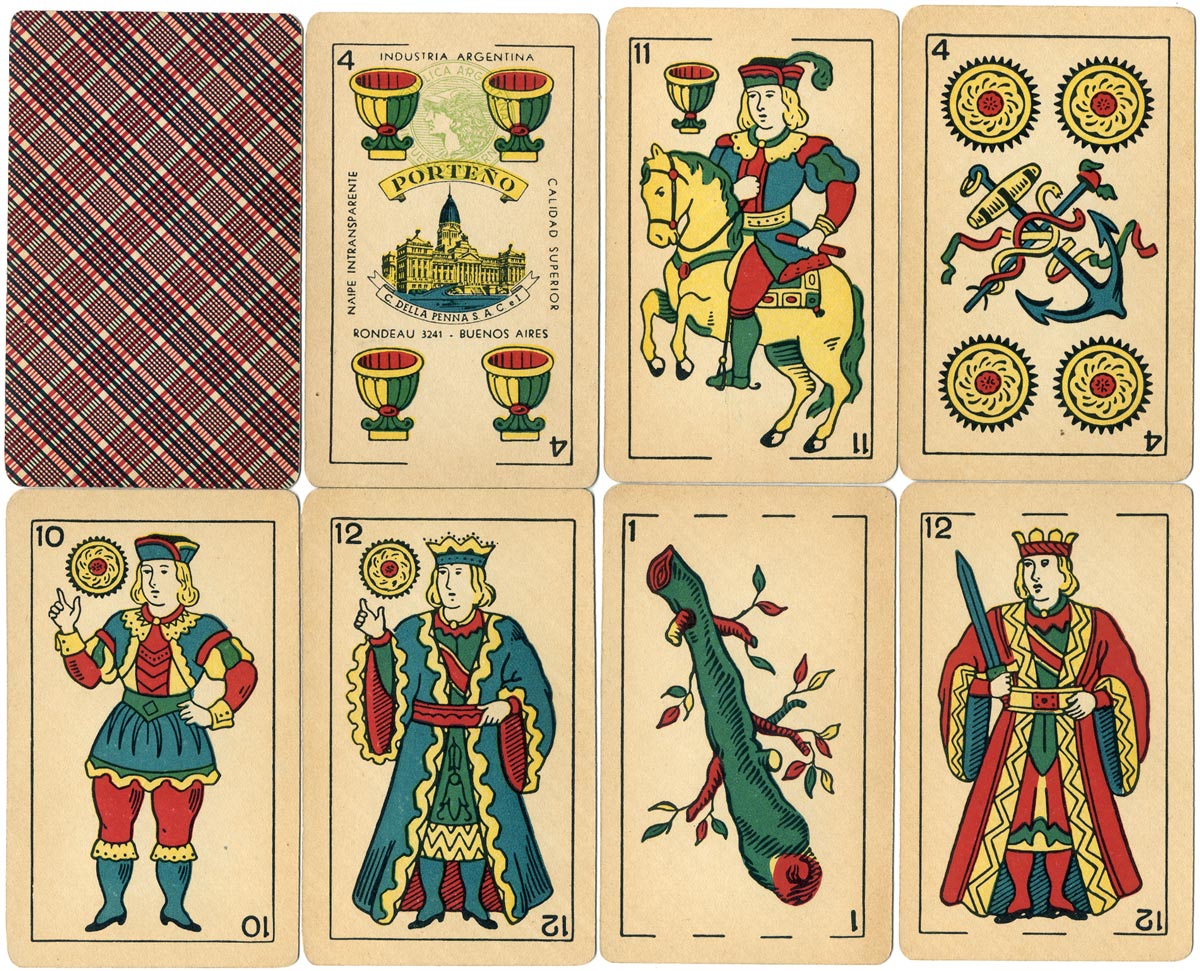 Above: cards from standard edition of Naipes Porteño by C. Della Penna S.A.C.I., dating from the late 1940s or c.1950. The four of cups shows the "Mercury" tax stamp and the "Palacio del Congreso" logo without any clouds. This version is also found with the "Marianne" tax stamp. In later editions this logo was re-drawn or replaced with clouds above the palace, or with a view of Buenos Aires port. The design of the court cards is a simplified version of the Spanish Catalan pattern which became the typical design found in Argentina and is always the same.  The same ace of coins is used as in Naipes Inca.

Above: cards from standard edition of Naipes Porteño by C. Della Penna S.A.C.I., c.1956. The four of cups shows the "Marianne" tax stamp.