After creating the artwork for the Nine Lives Tarot, Annette Abolins was further inspired to combine the symbolism of playing cards and tarot. Nine Lives Playing Cards features the Kings, Queens and Knights from Nine Lives Tarot, redrawn and clothed to match their corresponding suit sign and with additional details in the artwork. The resultant deck was winner of the PCF Design Competition, printed by EPCC and launched in June 2016. The four aces have been designed to incorporate symbolism derived from the tarot deck. See: www.ninelivestarot.com.au► 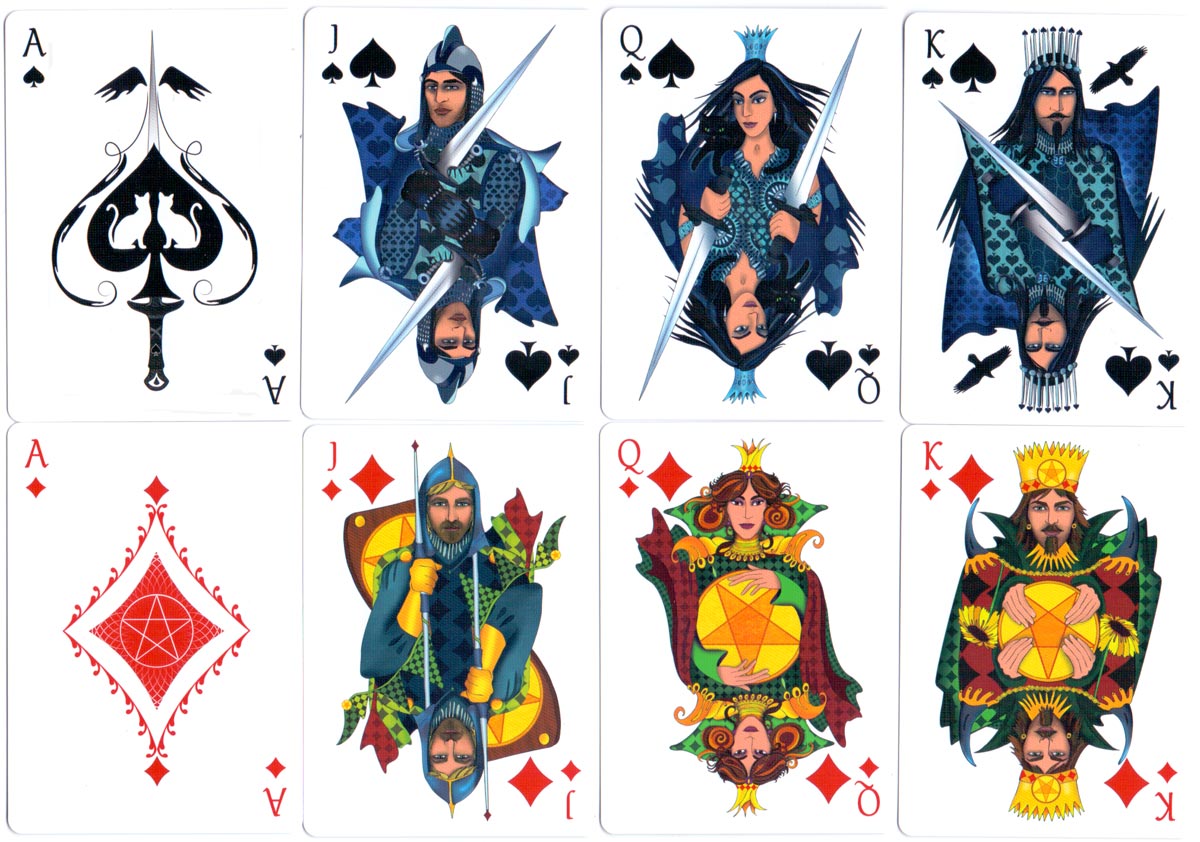 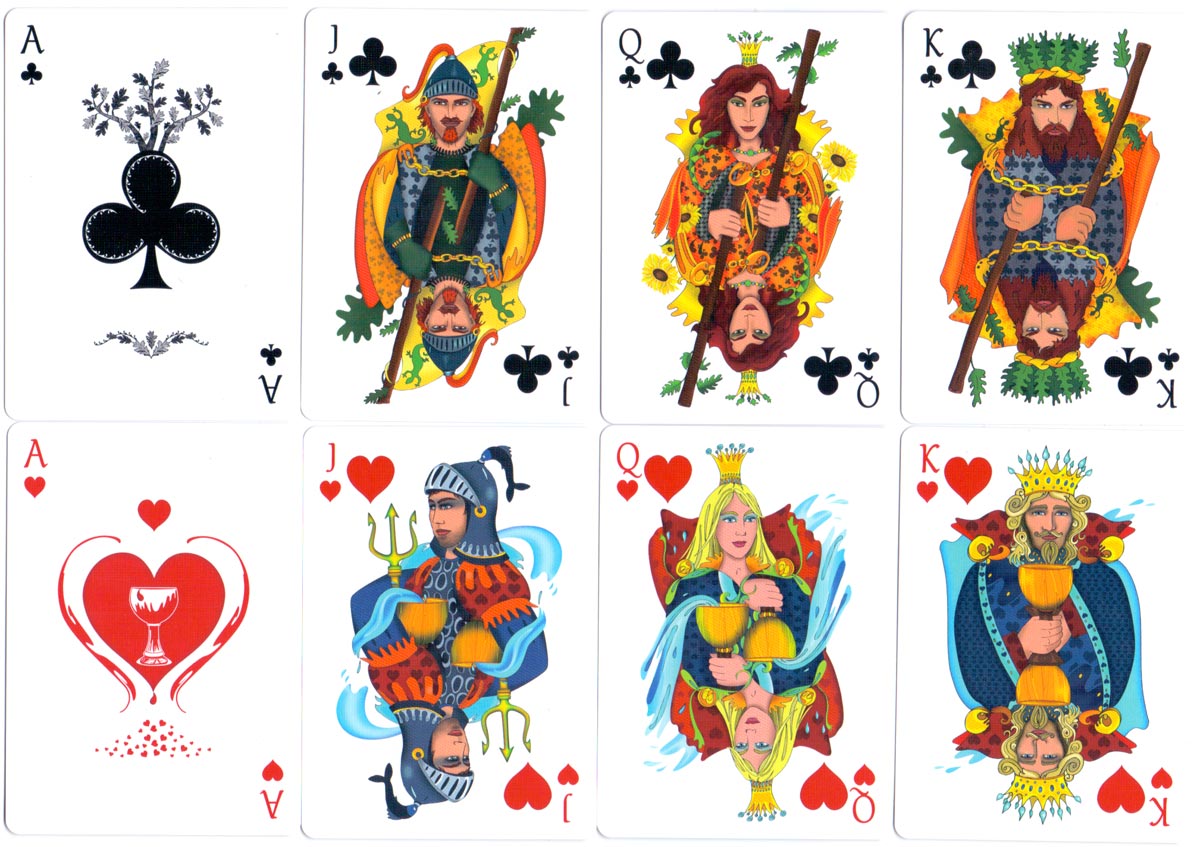