Fair Play was a budget-brand produced anonymously by Austrian firm Piatnik during the second half of the 20th century, first appearing around 1950 before disappearing about 1990. See the Box► 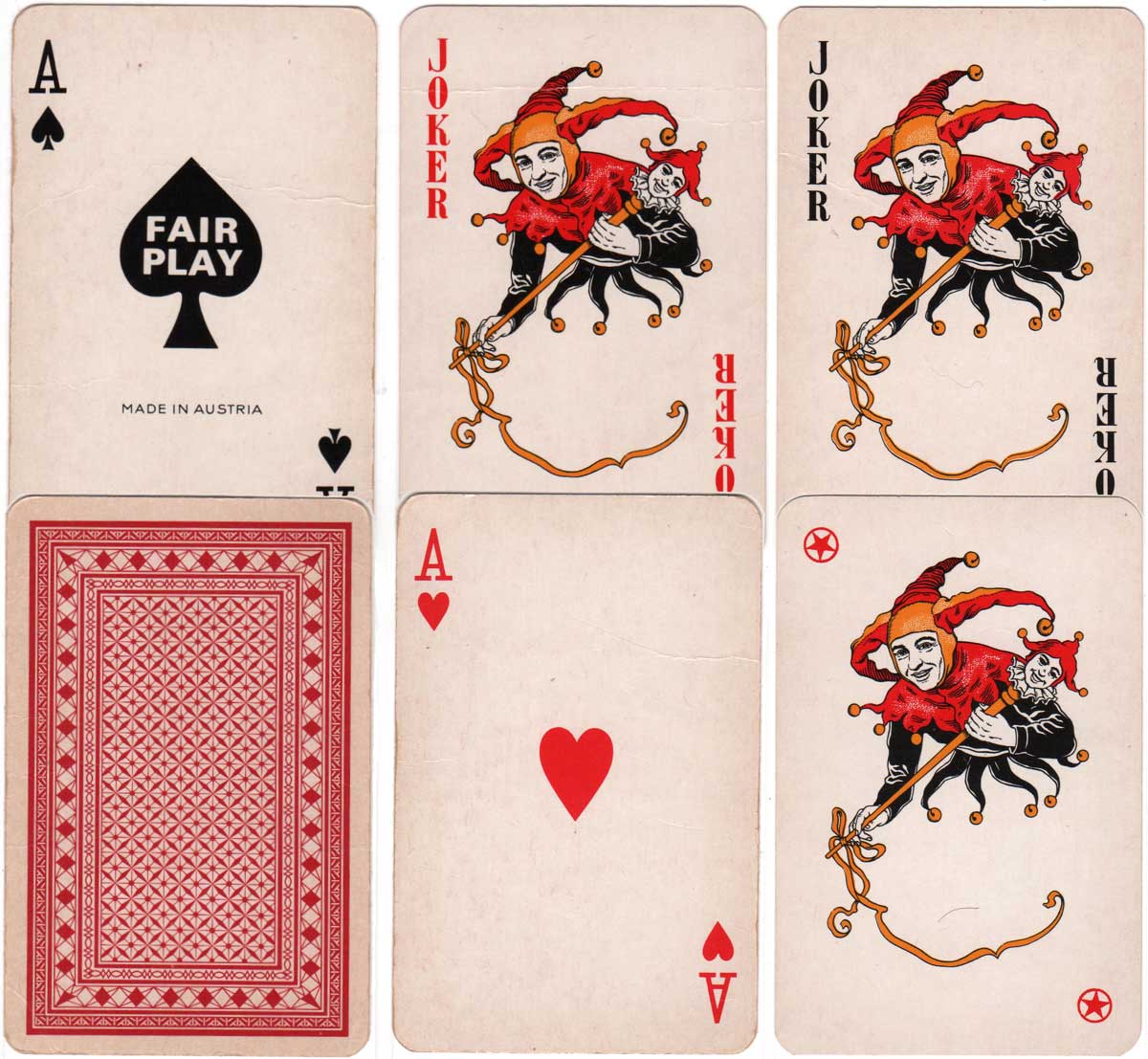 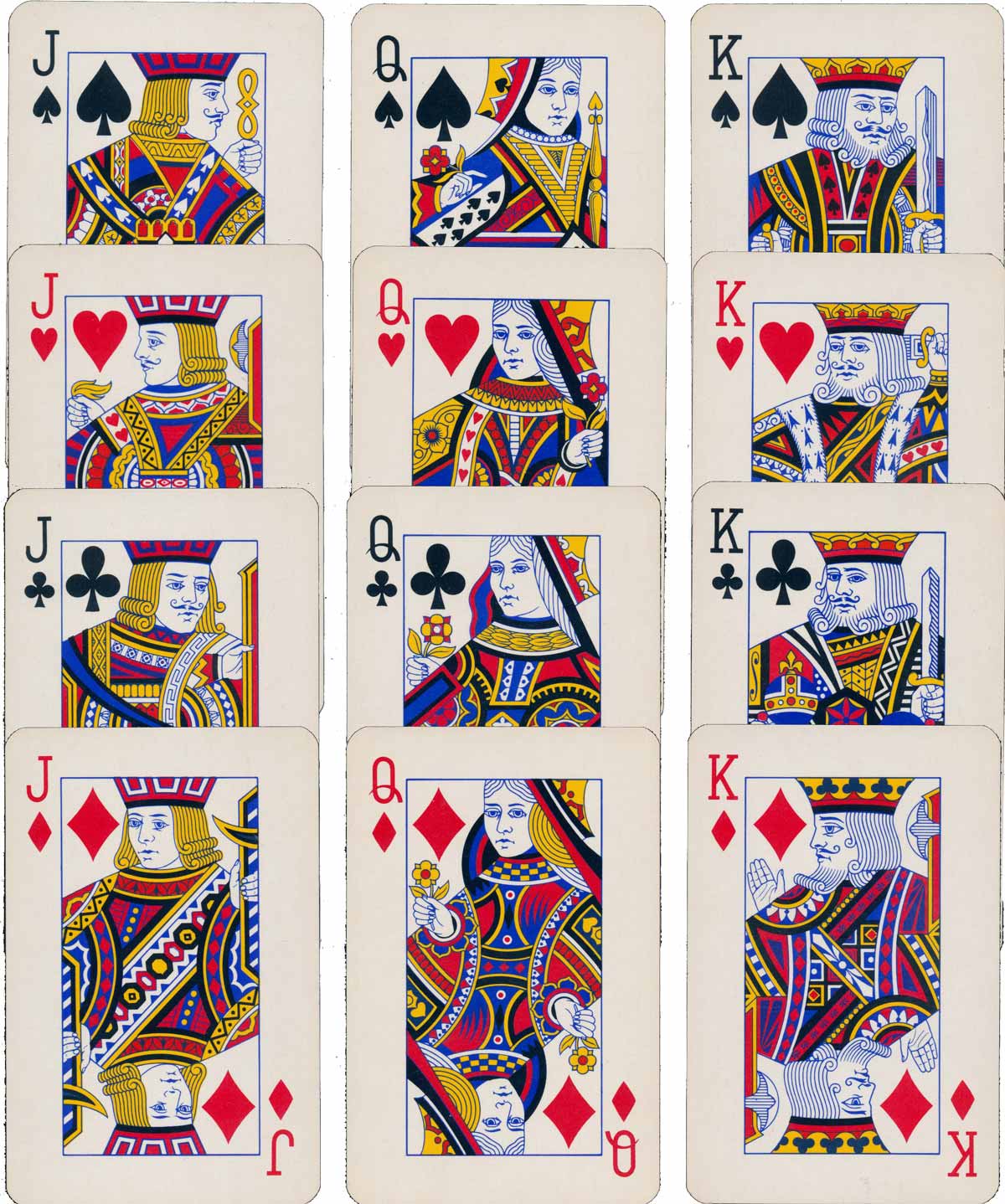 The cards were produced on noticeably lower quality “Plastic Treated” card stock. Also noticeable is the white (uncoloured) flesh of the court cards and jokers, the anonymous simple design of the ace of spades and the absence of any production codes on the ace of hearts, all of which differentiate the brand from the more usual Piatnik designs. Packs have been found sold singly, and also paired as a bridge set in a faux-leather case distributed by Benno Products. 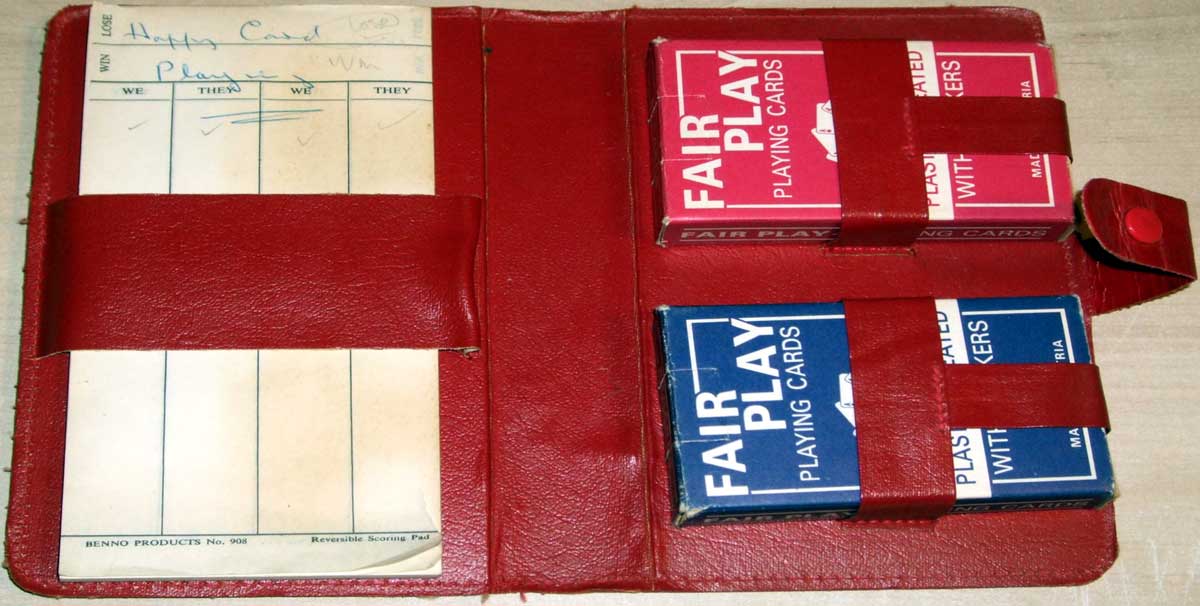