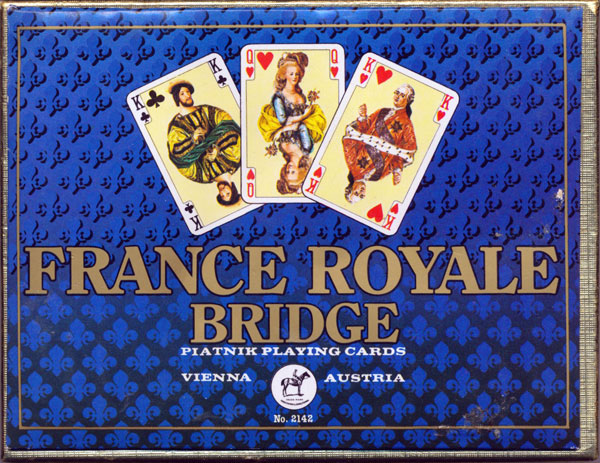 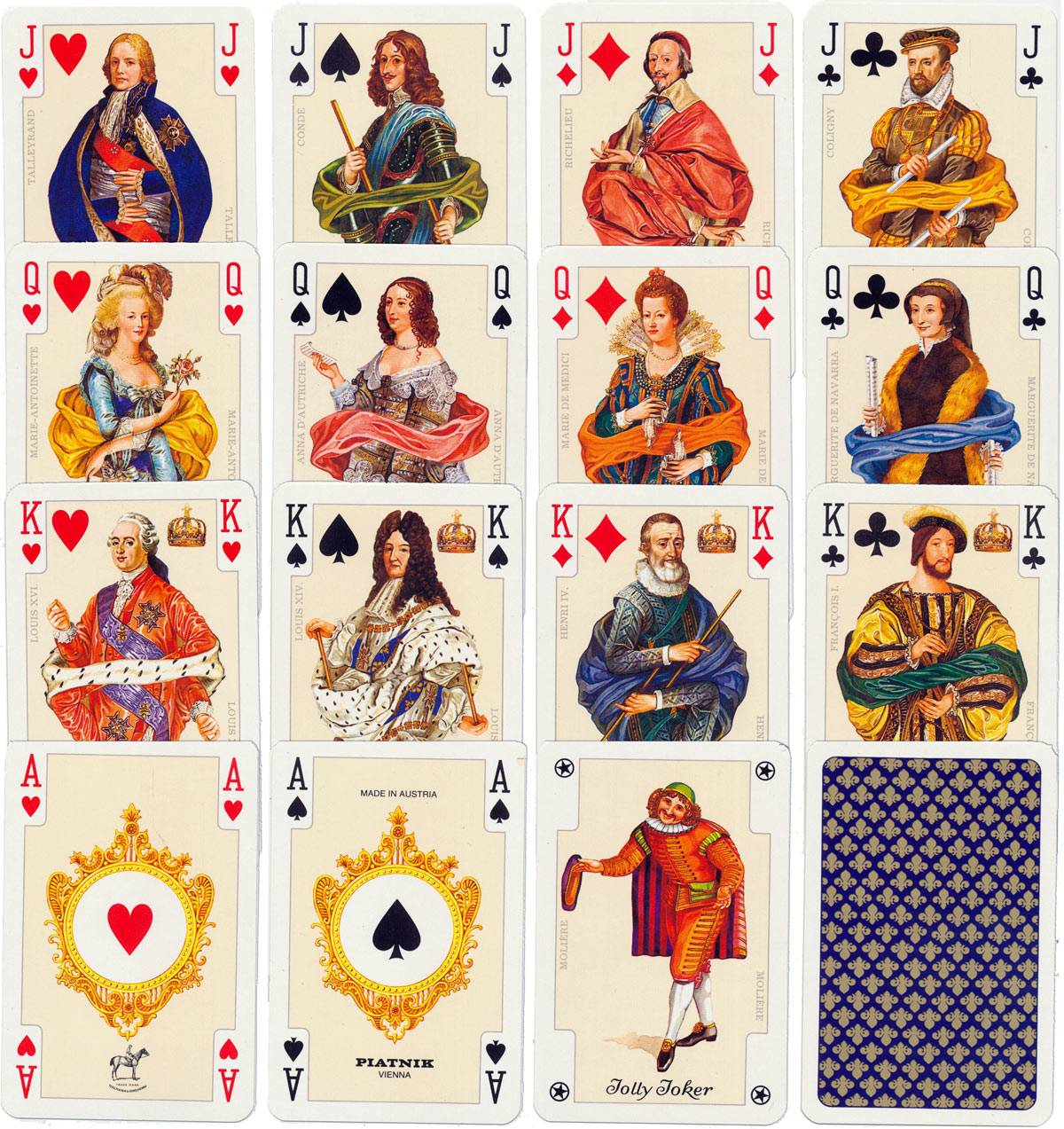 Above: “France Royale” Bridge No.2142 playing cards, Piatnik 1975. 52 cards + 3 Jokers in luxury box. Fleurs de Lis on the backs. Normally, the code numbers are under the company legend on the ace of hearts, but in these France Royale packs its on the ace of diamonds. Images courtesy Matt Probert. 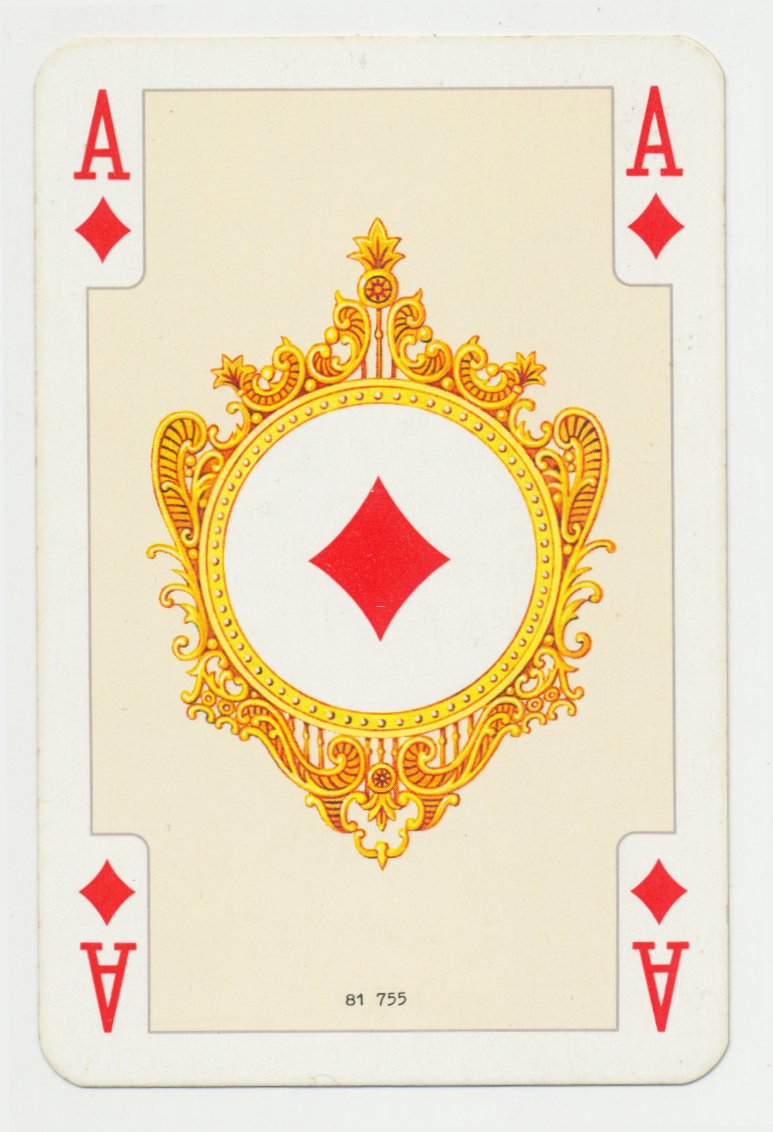