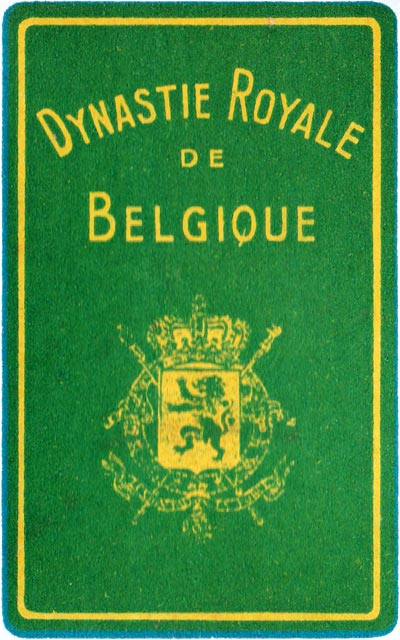 Dynastie Royale de Belgique by Mesmaekers, 1934. With the cards having been issued in 1934 maybe they were to commemorate Leopold 3rd’s accession and probably before the death of Queen Astrid, a native of Sweden, when the King and Queen were on holiday in Switzerland. The King was driving their car and lost control and the car plummeted into a roadside forest and hit a large tree. Queen Astrid was killed instantly but the King was only slightly injured.

The Jacks appear to be household or estate employees The Royals are as below: 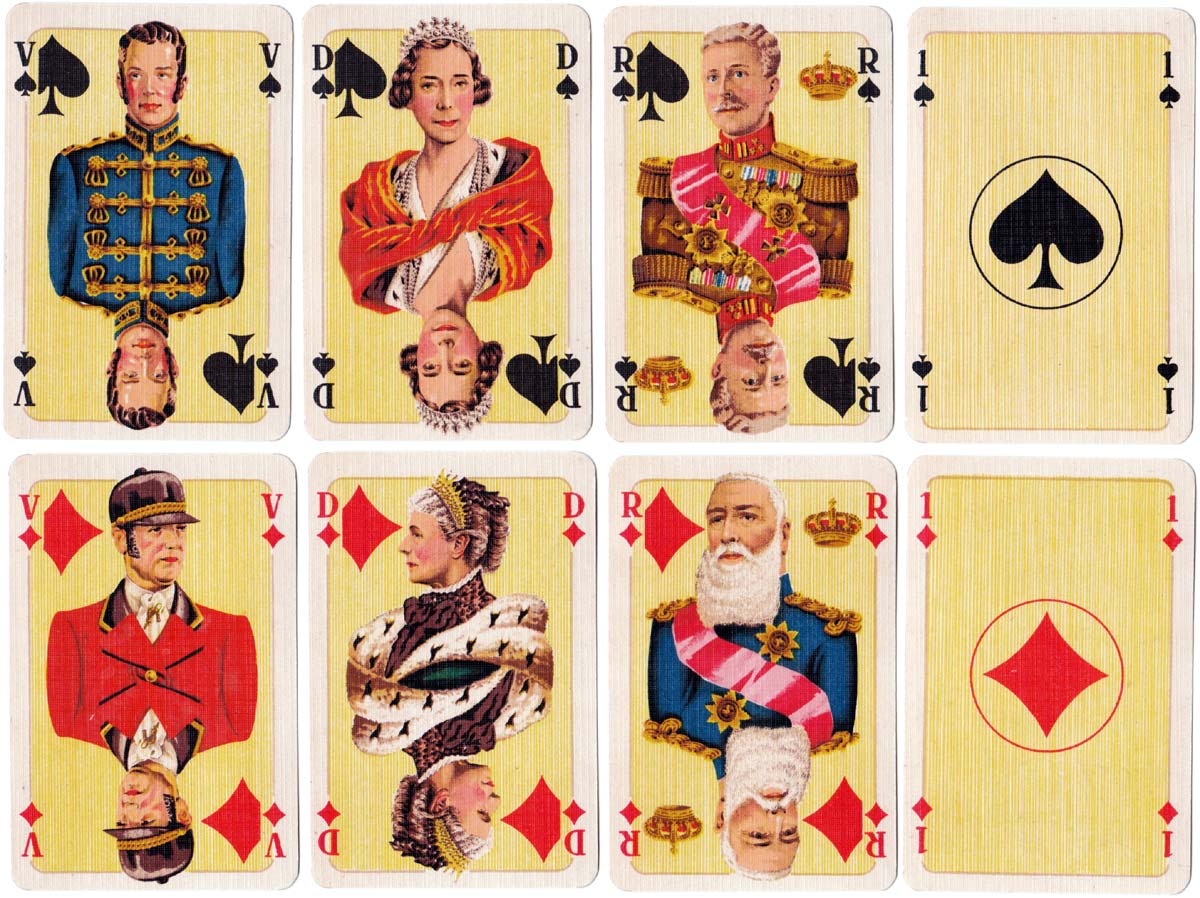 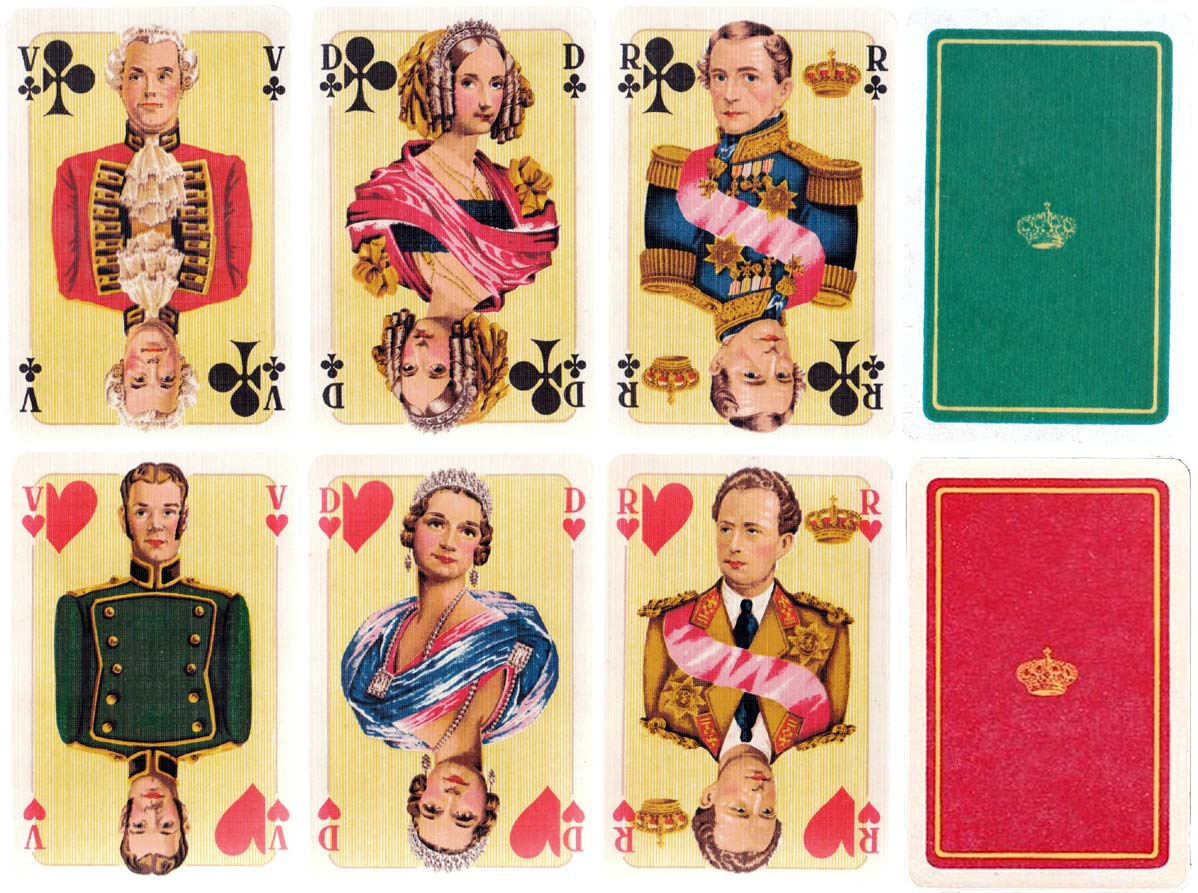