This pack was printed by Brepols of Turnhout for Germany, during the occupation of Netherlands, early 1940s. The use of the Wüst star on the 7 hearts and box is probably because it was printed for VASS who had taken over Wüst in 1927. There are several slightly different editions of the deck, including one for Scandinavia with Scandinavian indices. 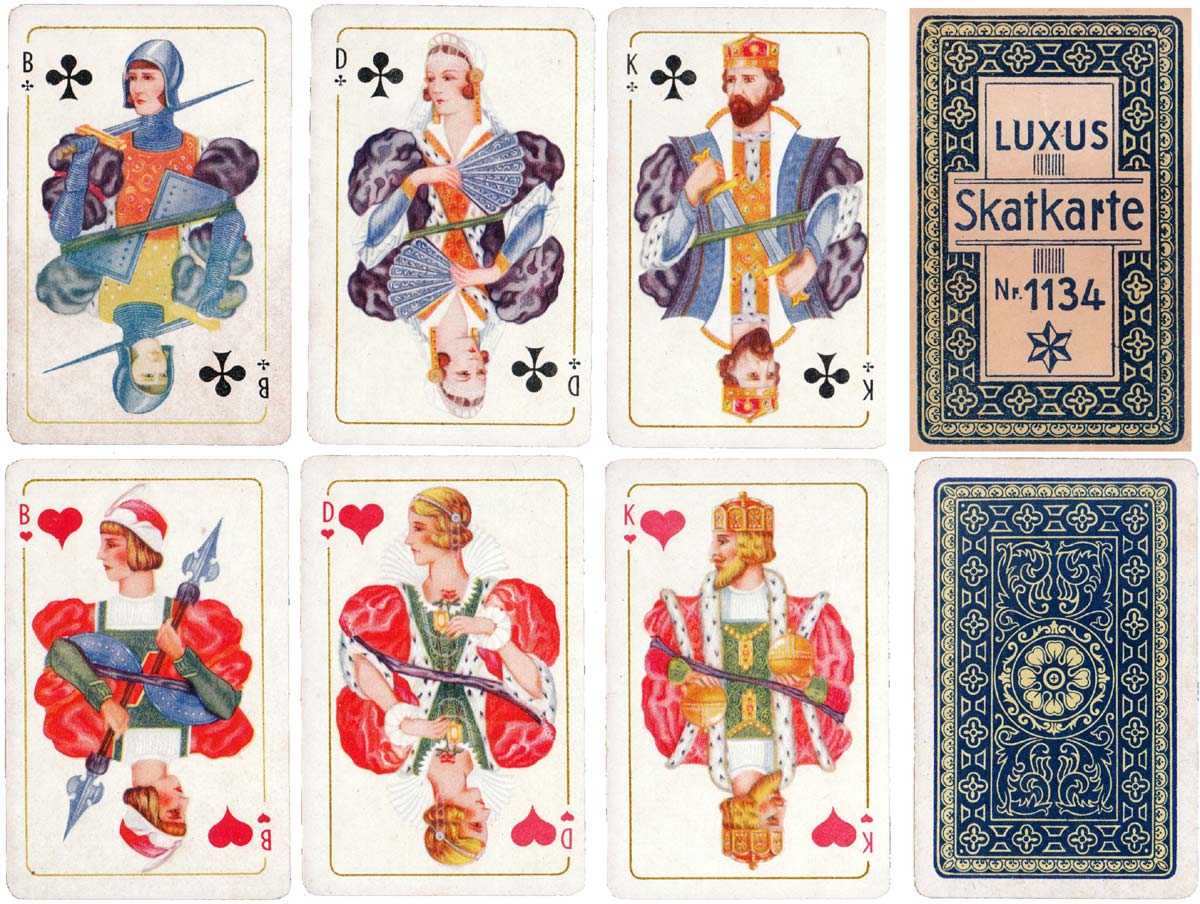 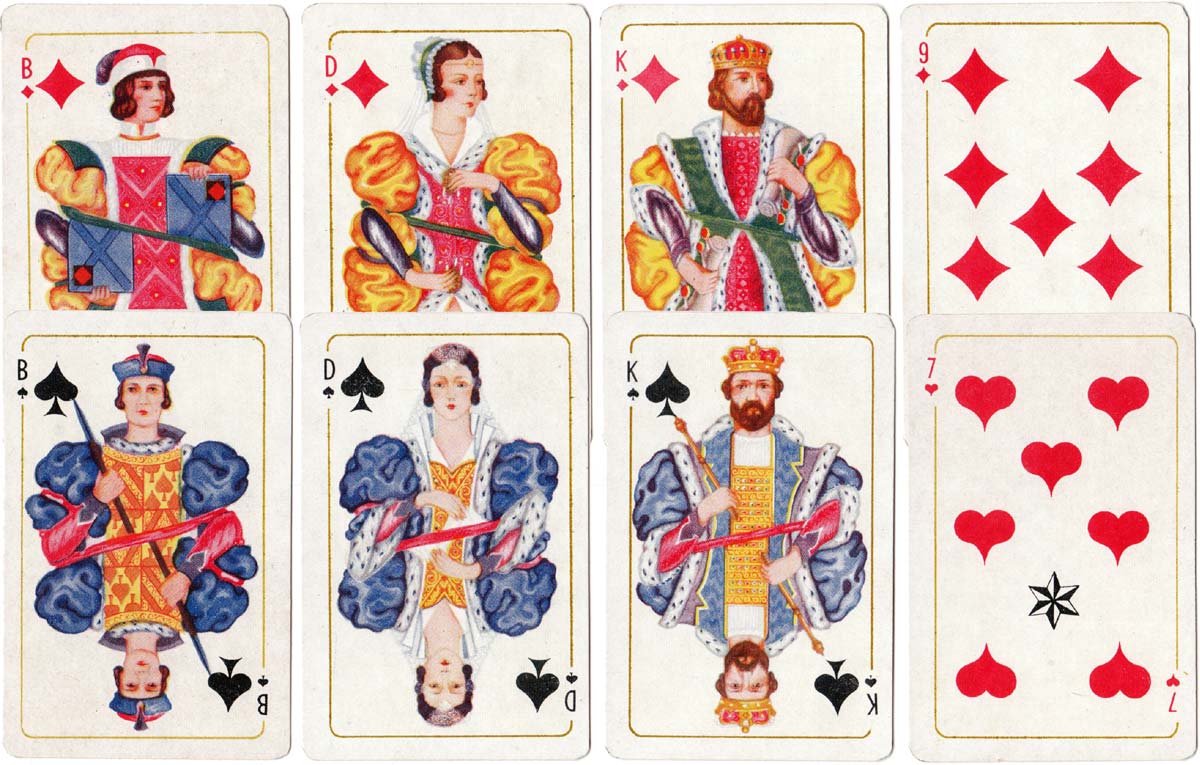 Above: Luxus Skatkarte Nr.1134 by Brepols, c.1940s. Thanks to Paul Symons for additional research.