Wüst's Swiss Cantons souvenir deck was published in Frankfurt in c.1875 for the emerging tourist market.

Wüst's Swiss Cantons souvenir deck was first published in Frankfurt in c.1875 for the emerging commercialised tourist market which took off in the mid-19th century. Since 1863 Thomas Cook offered guided holidays to Switzerland which catered to a mixed clientele, from heads of state and princes to upwardly mobile representatives of the middle, lower middle and working classes. French suit symbols were used in this pack (rather than Swiss) making them appeal to international visitors. The costumes and canton shields along with four Aces depicting Swiss scenes were, of course, very attractive as souvenirs. 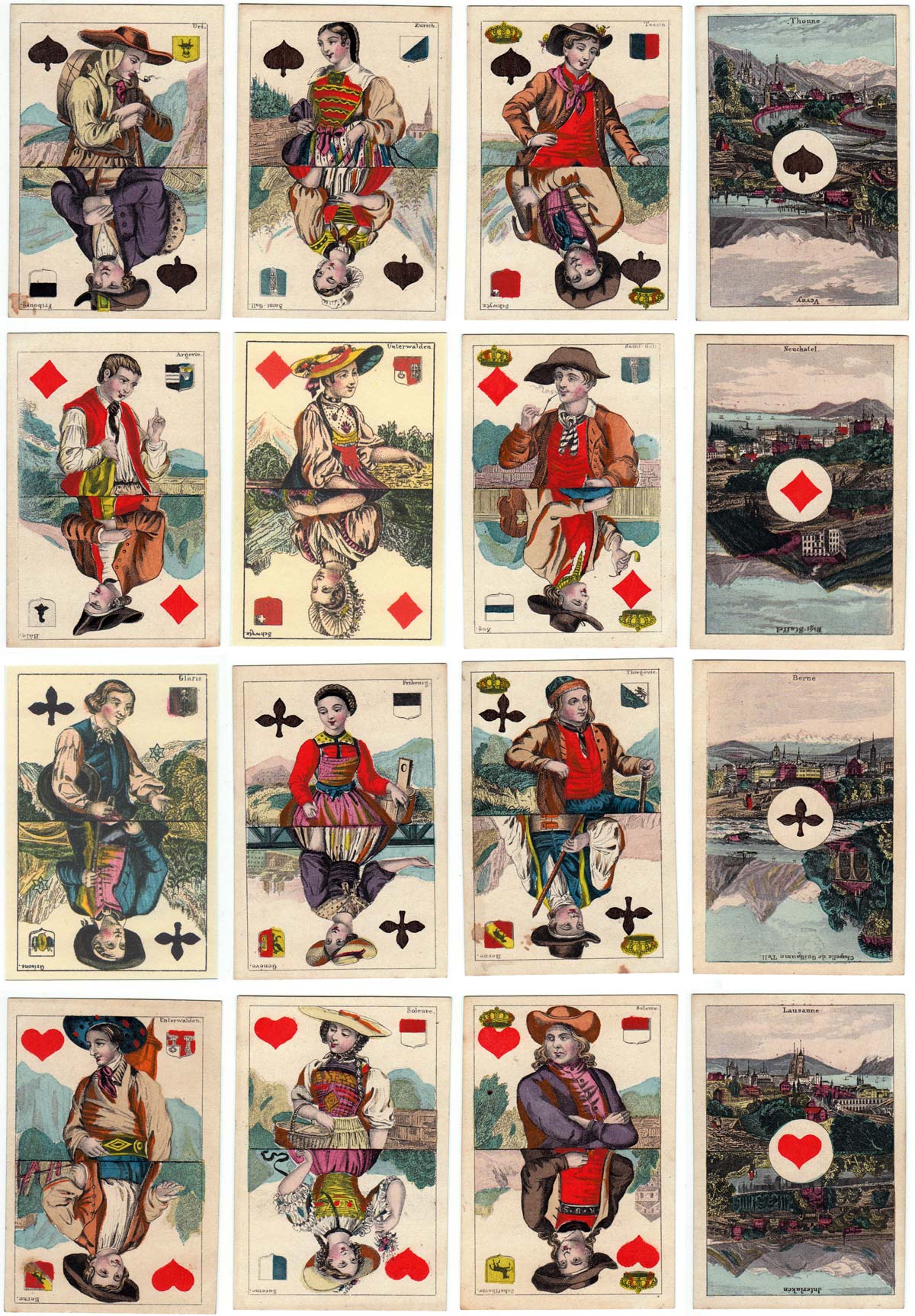 A facsimile edition was produced from an original copy in the Schaffhauser Spielkartenfabrik AG Müller archive. See the Box► 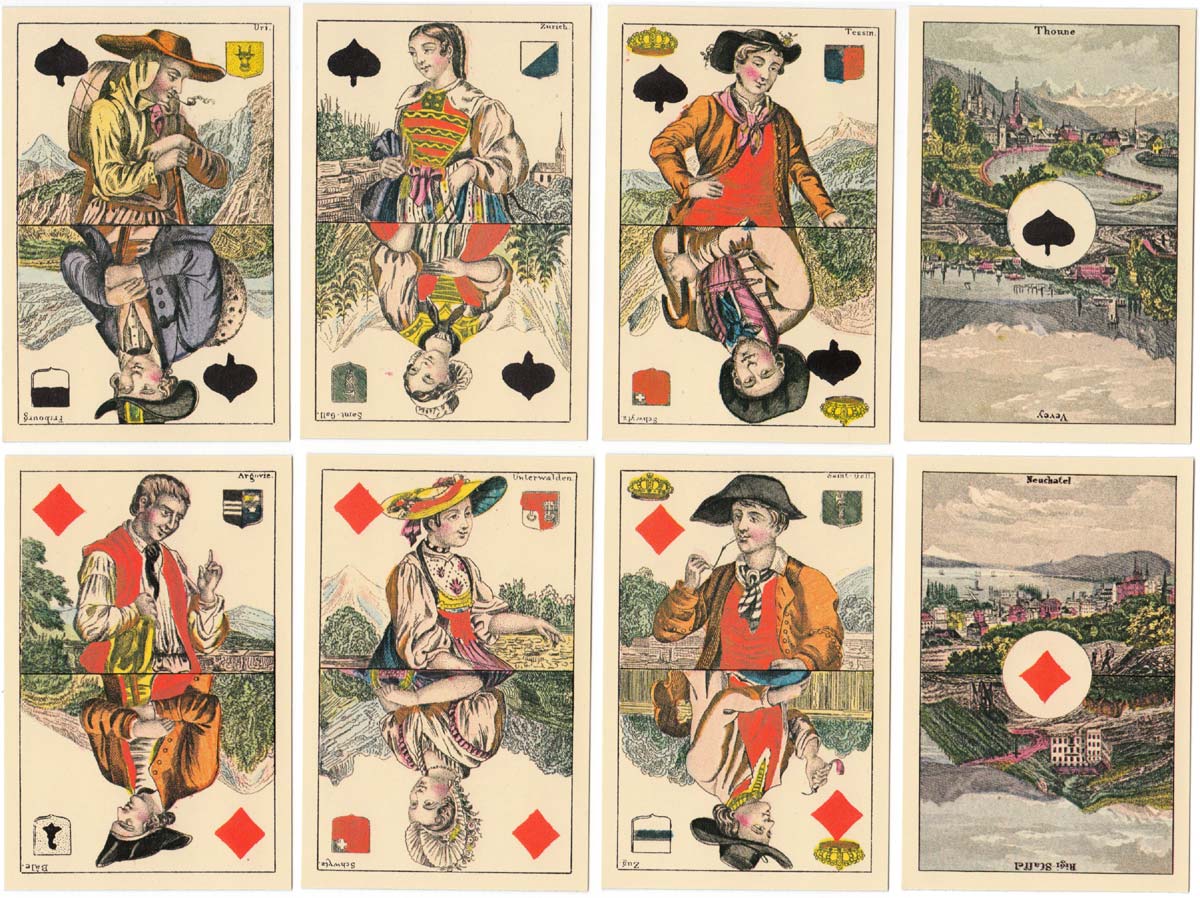 Above: cards from the facsimile edition. Courtesy Rex Pitts.