Estate Playing Cards with five suits were designed by Keith Wilson as an augmented and modified deck of cards reflecting the modern world. The traditional royal courts (jack, queen and king) are replaced by a contemporary man and woman, called family cards. Each suit runs 2, 3, 4, 5, 6, 7, 8, 9, 10, Man, Woman, Ace. The suits, referred to as “Estates”, are hearts, diamonds, clubs, spades and waves which represent Church, Corporation, Community, Military and the Media. The resultant pack has 60 cards + 2 extra “Imperial” cards, the Pope and the President, which replace the joker. 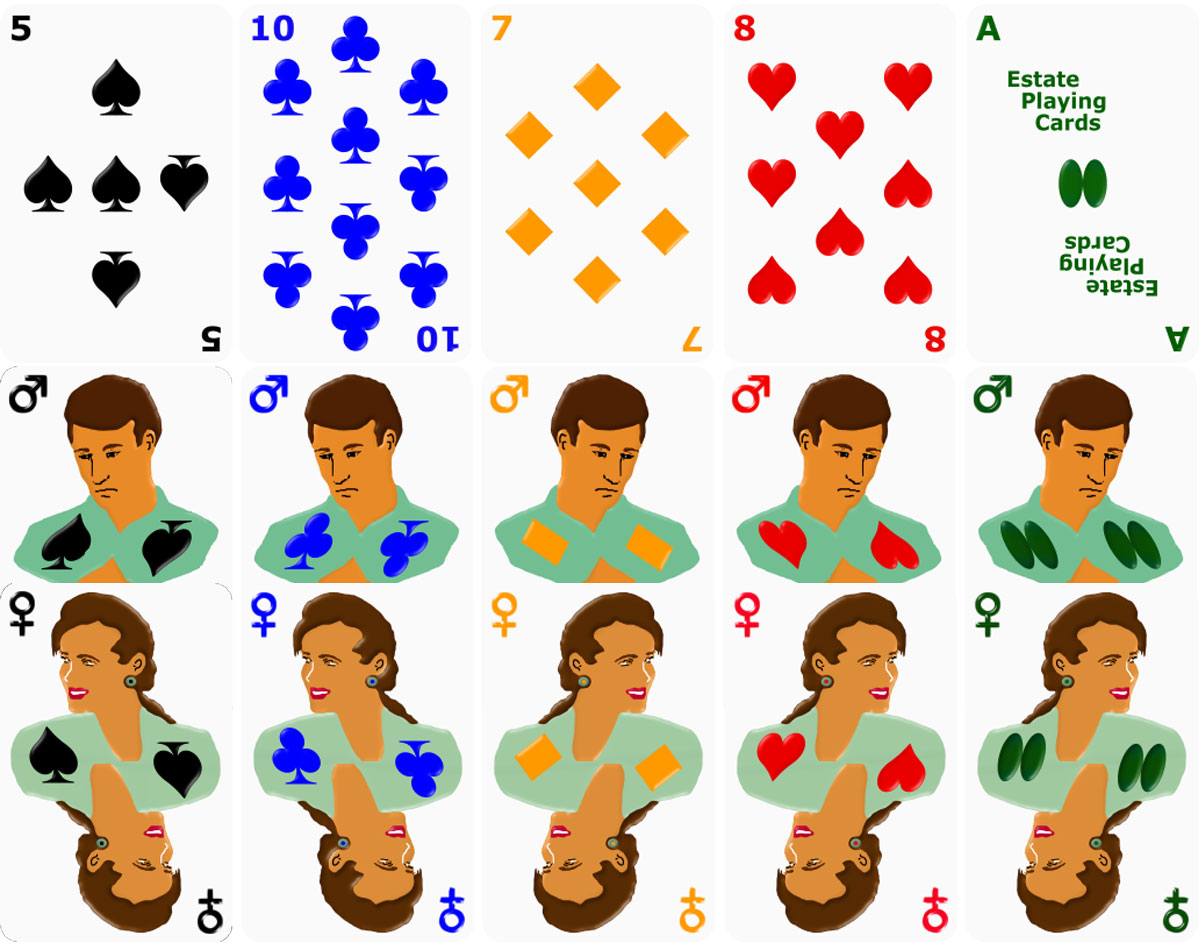 The fifth Estate, called Waves, represents signals put out by various media. The symbol is a graphic of a transmission wave. Most existing card games can be played with an estate deck. Some remain virtually unchanged while others require modifications. The family cards generally hold a value of ten, although in certain games Man may be eleven and Woman twelve. Aces are high or low usually with values of 11 or 1 respectively. In games such as 500 and Poker, estates from highest to lowest are Waves, Hearts, Diamonds, Clubs and Spades. In Bridge the estate order is Spades, Hearts, Waves, Diamonds, Clubs.