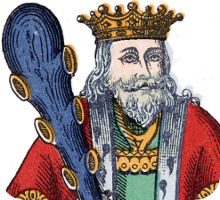 These Spanish-suited cards are used in a small area in the Eastern Pyrenées region of Southern France which has strong Catalan traditions. The French Catalan pattern seems to have developed its own identity in Perpignan at the end of the eighteenth century. The designs are derived from the old “Spanish National” pattern but are different from the modern Catalan pattern. The broken frame lines, or ‘pintas’, have been preserved. 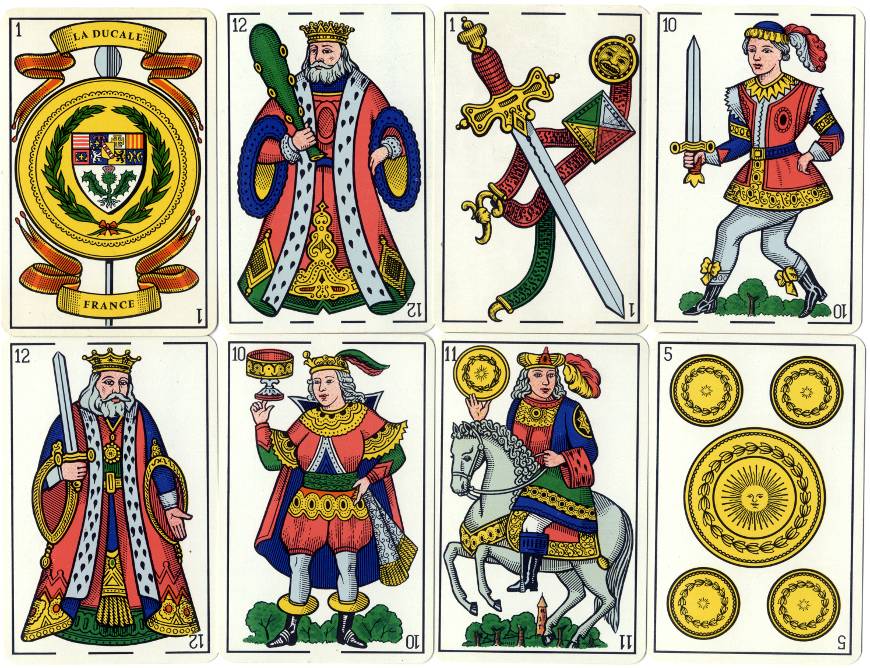 Above: Cartes Catalanes are used in a small area in the Eastern Pyrenées region of Southern France., 48 cards.