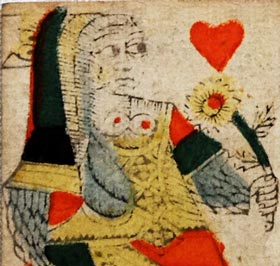 In 1701 a law was passed in France laying down fixed designs for the playing cards from each of the nine regions, so that a distinctive pattern from each region was produced which could be identified by the tax authorities. The 'Provence' pattern has earlier origins, however, and contains figures which go back to the fifteenth century and which also occur in other regional patterns. For example, the King of Clubs wields a battle axe and has been found as the King of Coins in early Spanish or Italian-suited packs and has become the King of Hearts in English packs (also known as the 'Suicide King'). The Jack of Hearts has one hand on his hip and the other on his halberd, with a banner proclaiming the maker's name. He is also found in earlier packs. The Queen of Diamonds has square sleeves and an inscription. The Queen of Hearts is a fur-covered 'Wild Woman'. Unlike some other French patterns, the court cards in the 'Provence' pattern are not named. 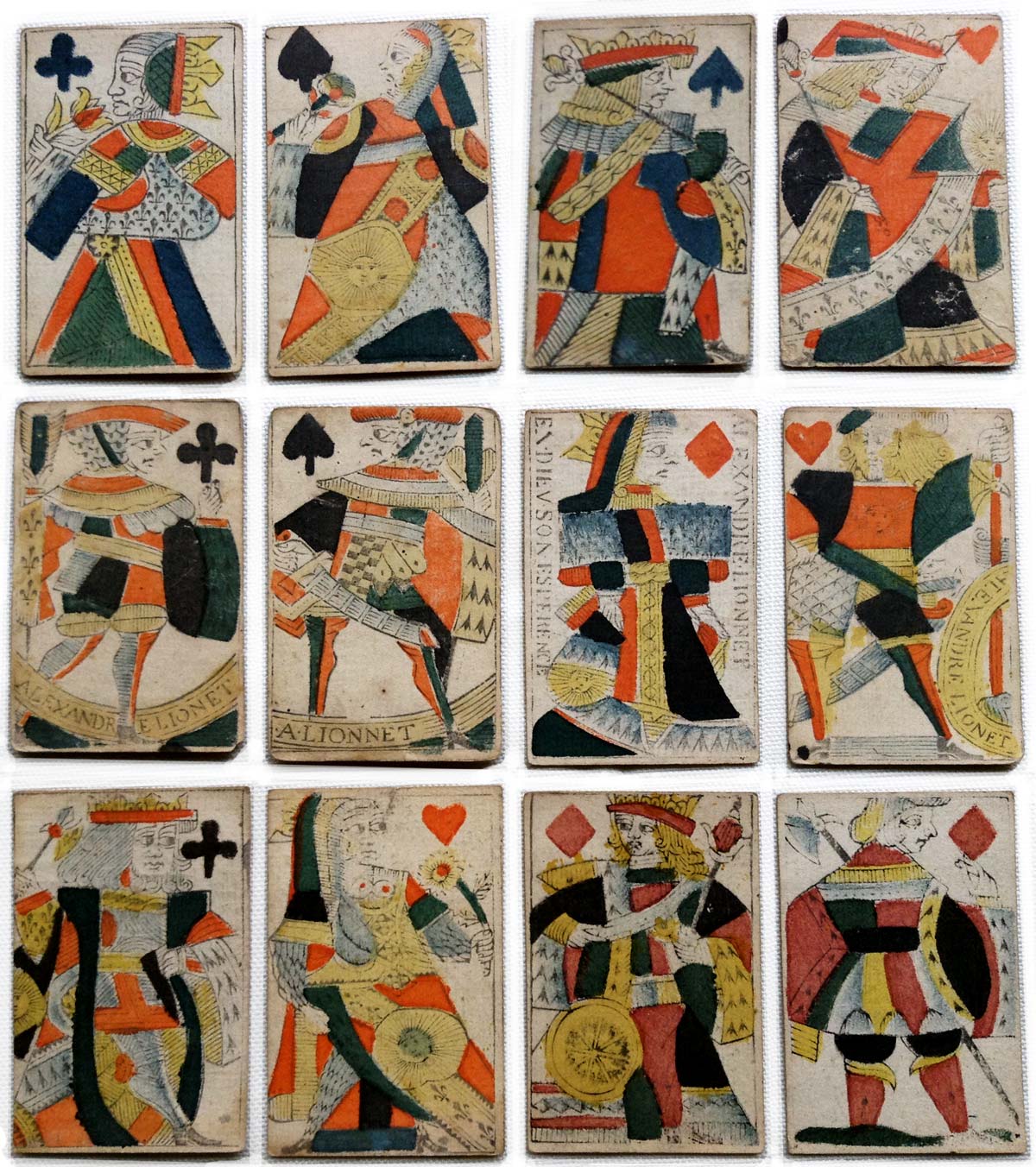 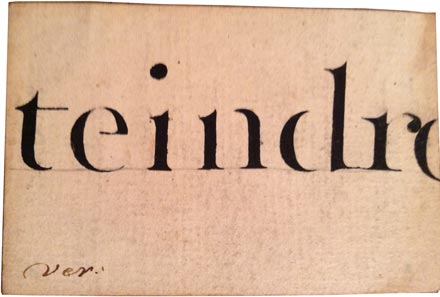 Above: cards of the archaic 'Provence' pattern made by Alexandre Lionet (or Lionnet), woodblock and stencil printing. There were several Lionets known in Montpellier, we are not sure when this one operated, but probably mid 18th century. The King of Hearts usually has a falcon on his wrist, but here there is a sunburst which also appears in the patterns on several other cards (see JH, QH & QS). The King and Jack of Diamonds (bottom right) appear to be substitutes from a different set as the colour palette is slightly different. The backs of the cards were originally plain white, and have been re-used as a lexicon of French grammar. Images courtesy Luc Esterson.

Right: the backs of the cards have been used as a lexicon of French grammar (click to see more) → 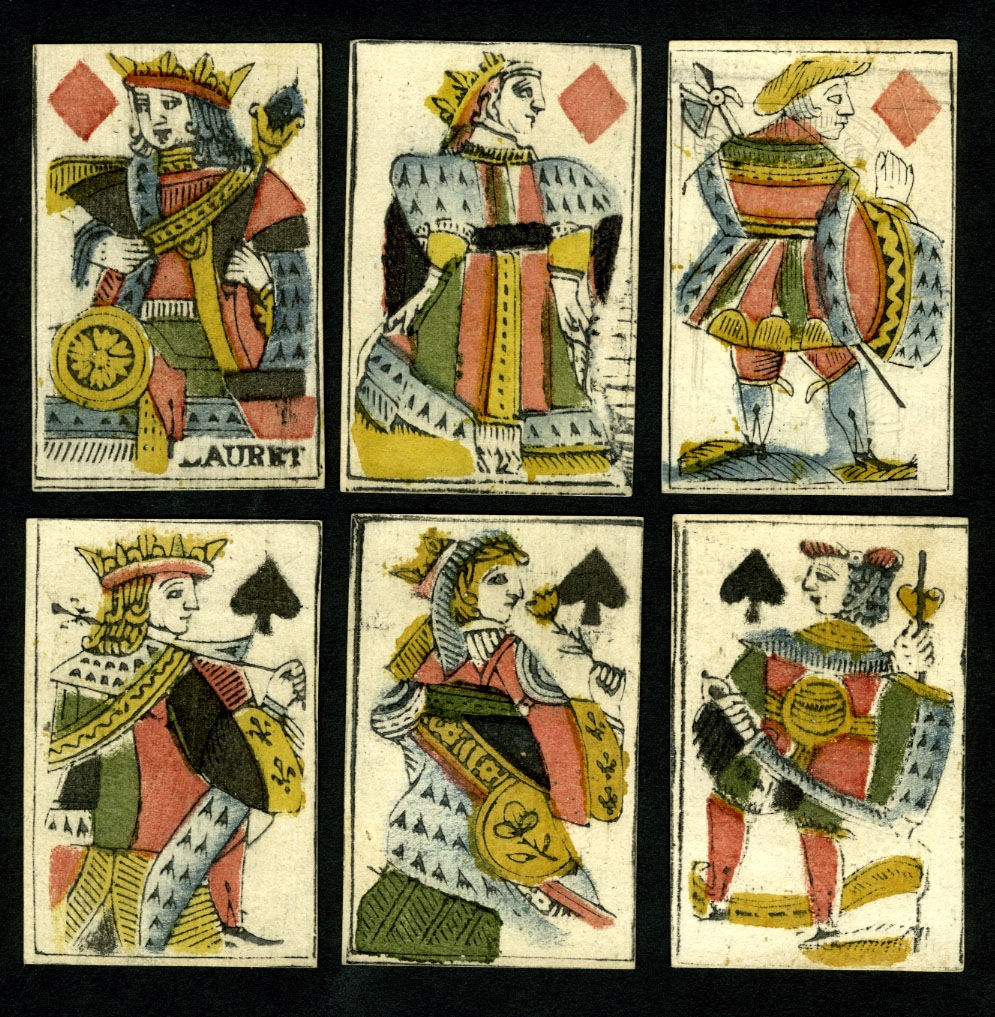 Above: 6 cards from the old 'Provence' pattern by Etienne Lauret, late 18th century. The Queen of Diamonds has distinctive squared shoulders but no inscription. Image courtesy Dan Dragojevich.