The creative people at PLAYMOBIL® are constantly coming up with new ideas to bring fun to children everywhere. This card game features characters from their range of model figures along with symbols at the bottom of each card which are explained in the Rules► 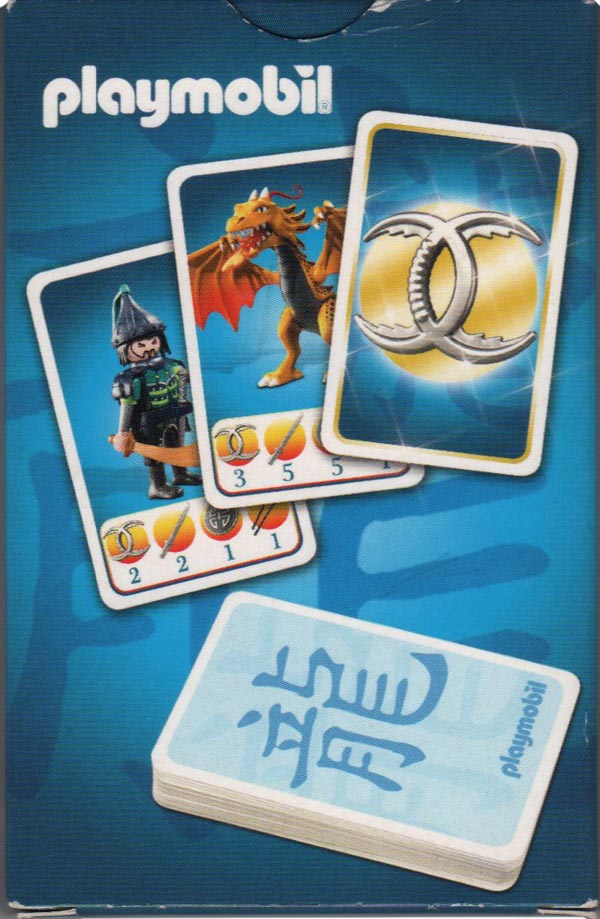 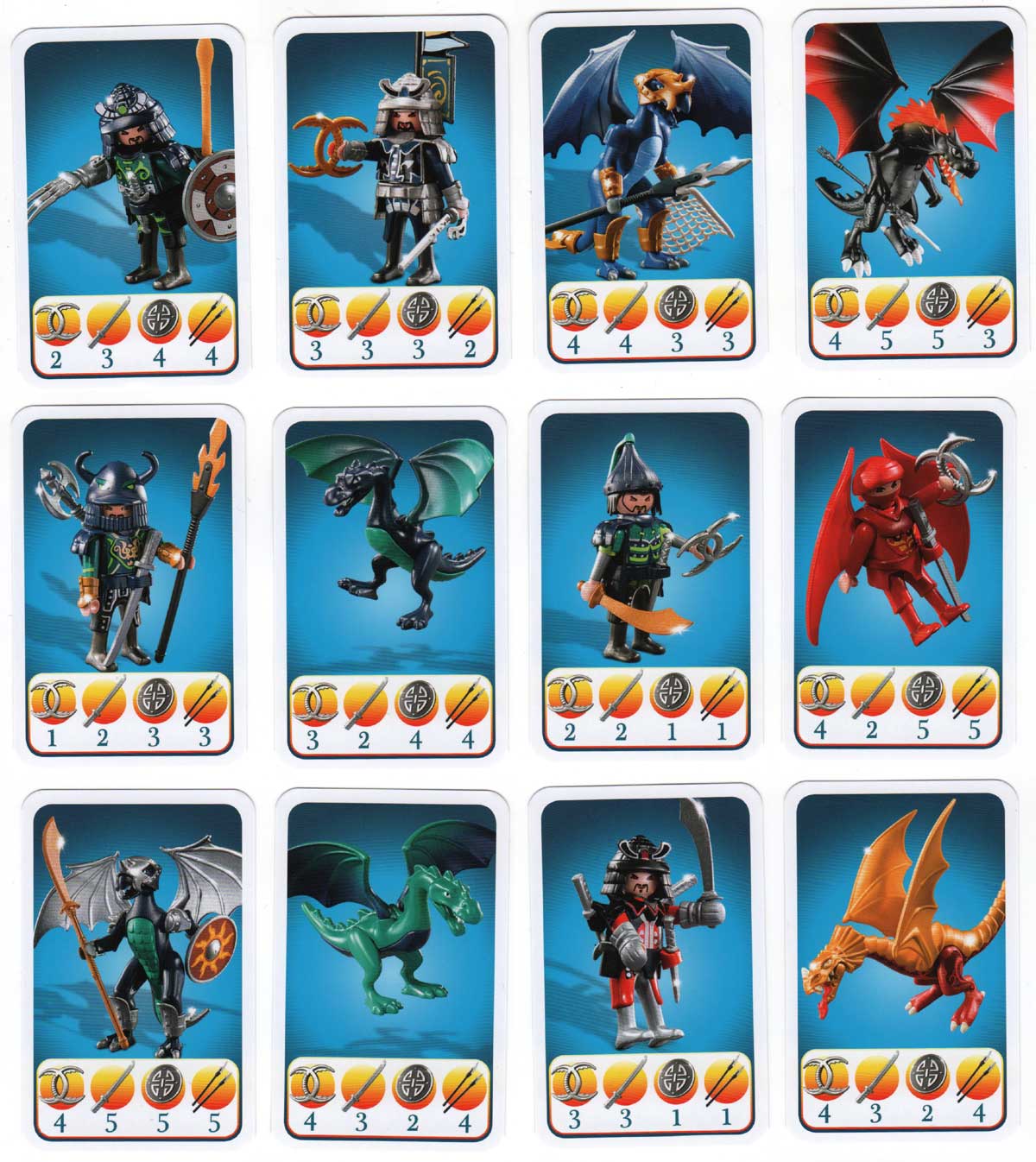 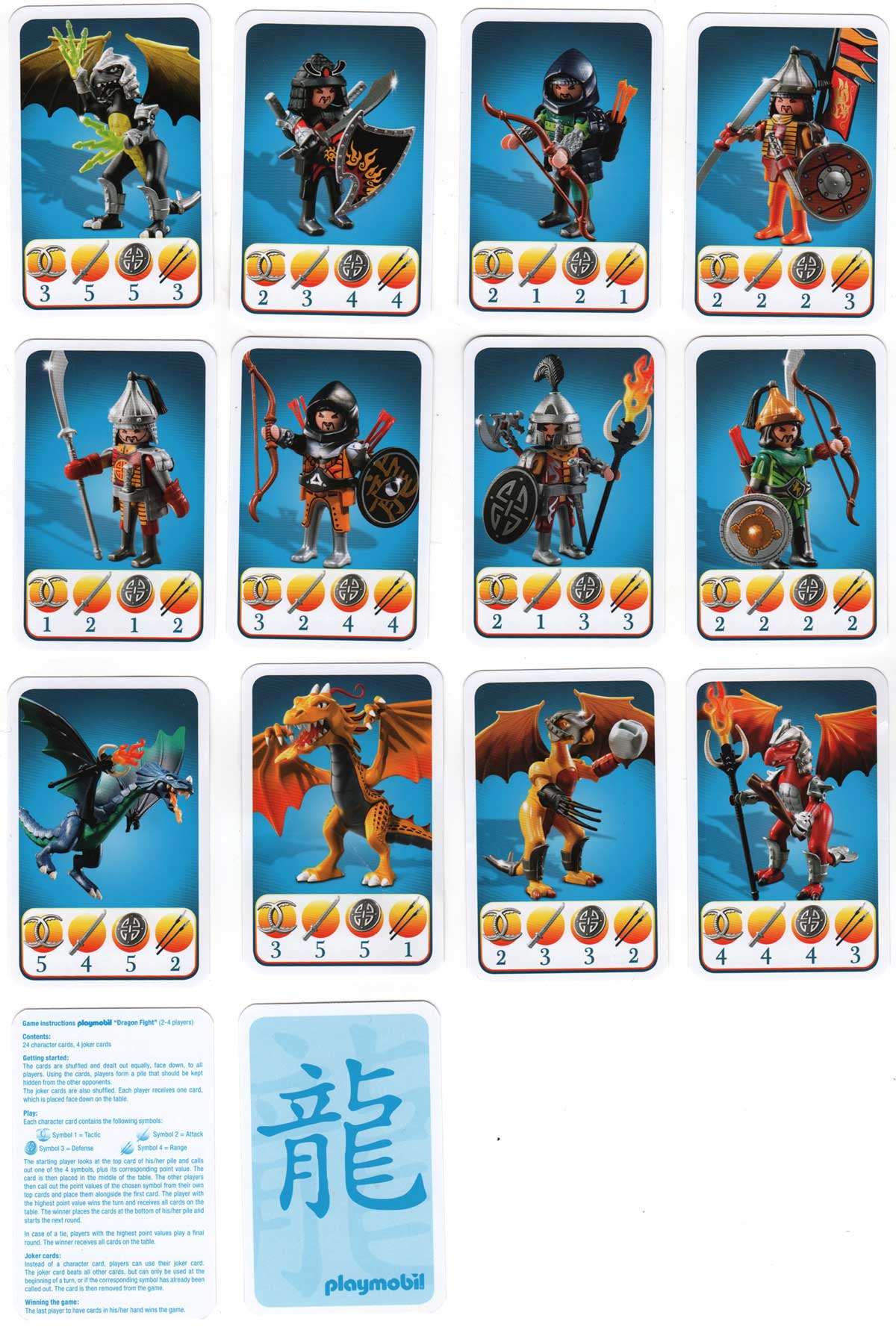 Above: Dragon Fight card game by Playmobil ®, c.2014, a division of geobra Brandstätter Stiftung & Co.KG, Zirndorf, Germany. There are 24 character cards and four joker cards. The images on the four joker cards are actually white or steel grey on a reflective gold disc in colour, but scan as black so are not shown here.