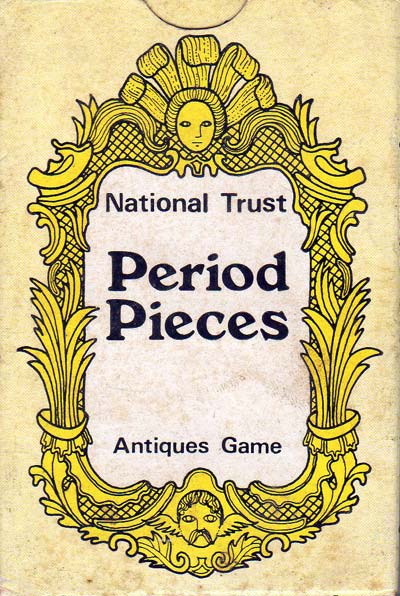 ‘Period Pieces’ Antiques Game produced for the National Trust by Dinosaur Publications in 1976. This card game comprises 11 sets of 4 cards depicting different classes of item from one of four eras: Jacobean, Georgian, Victorian or Modern plus 4 wild cards called “House Cards”, and a rules card printed on both sides. The game is played somewhat like Rummy, with players seeking to make sets of 3 or 4 cards of either the same period or object, scoring points as depicted by the numbers on the cards (1-11) or 20 for a house card. Points are deducted for cards left in one's hand at the end of a round. The winner is the first person to achieve a target score, as decided by players in advance. See the Rules► 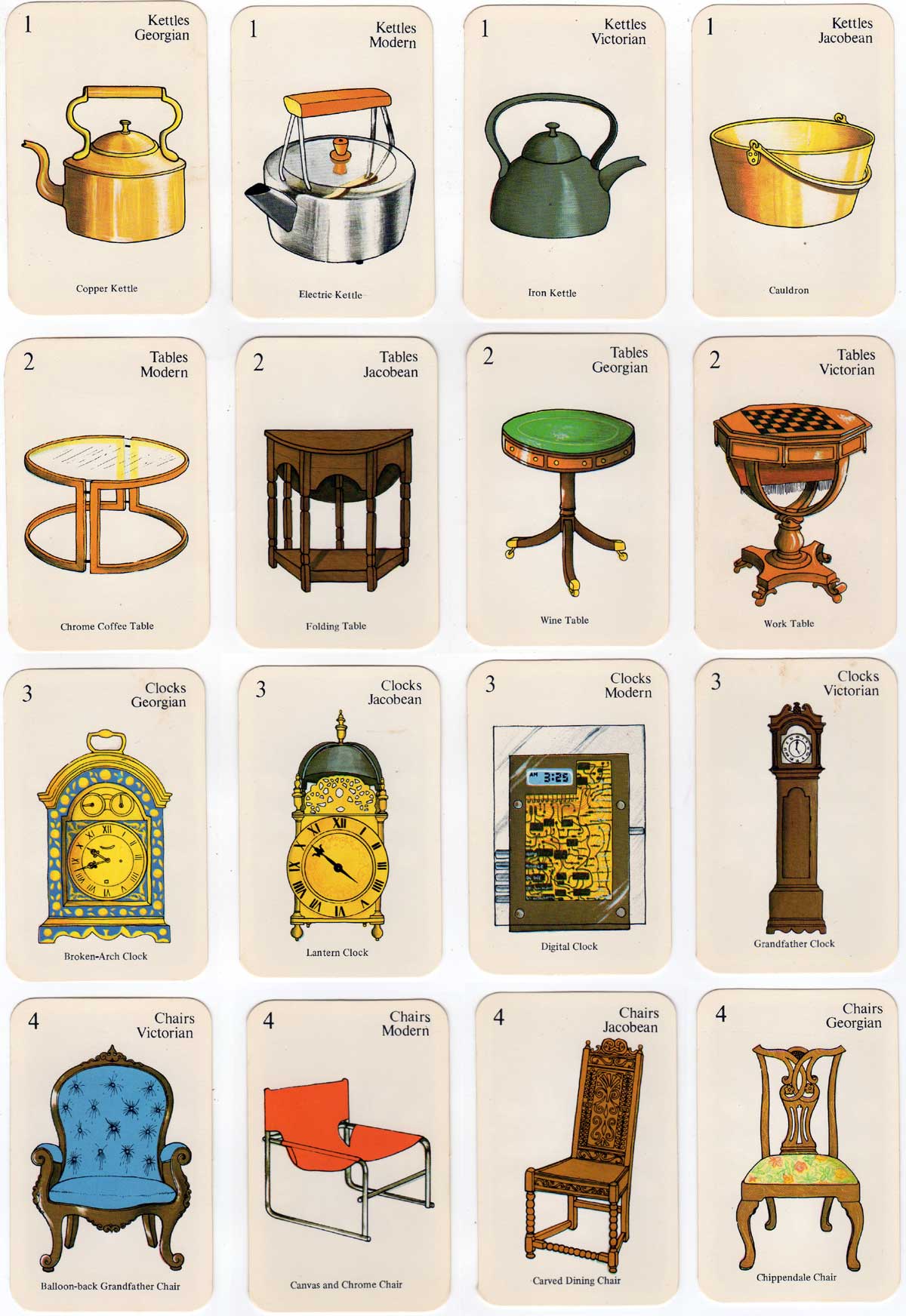 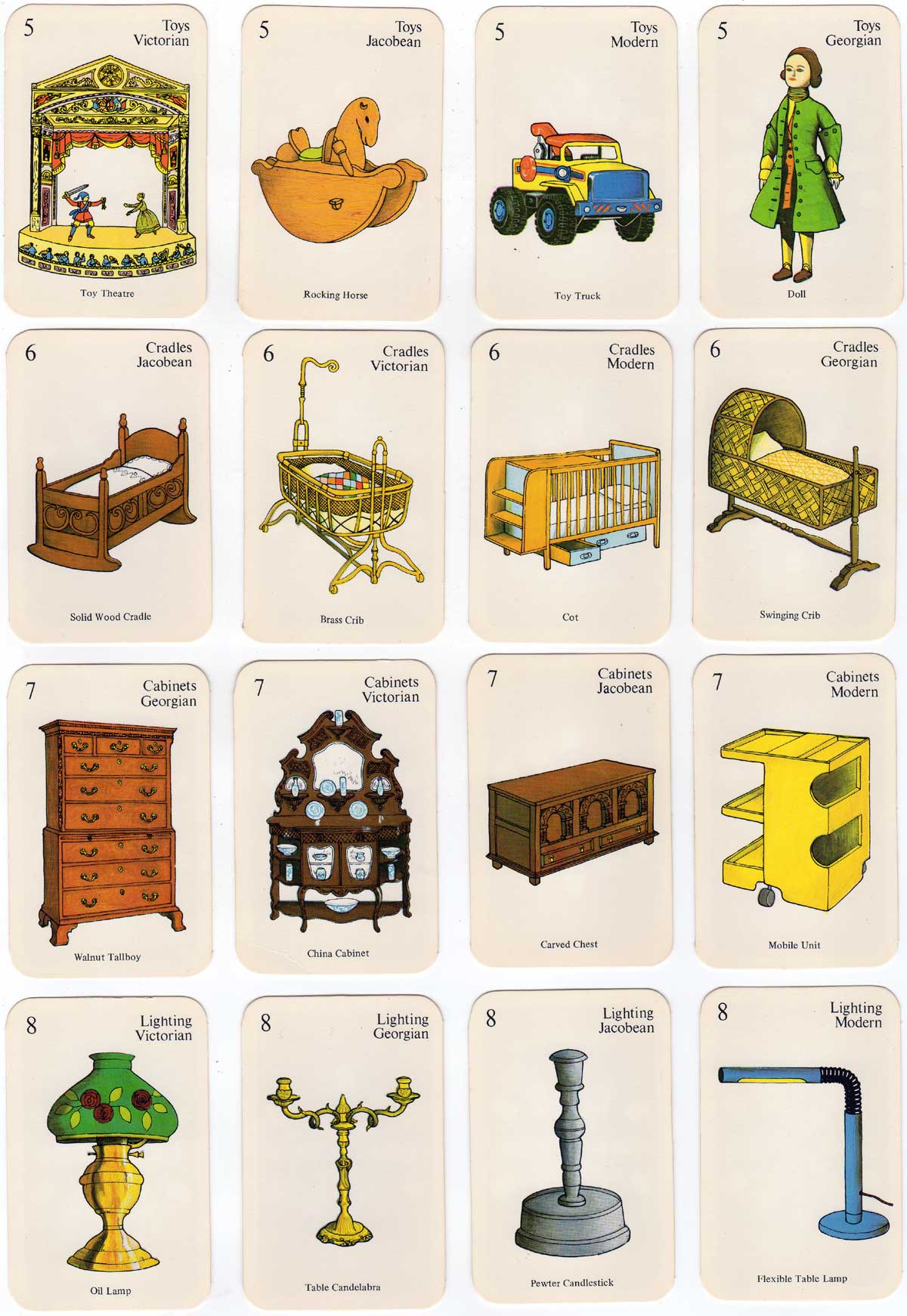 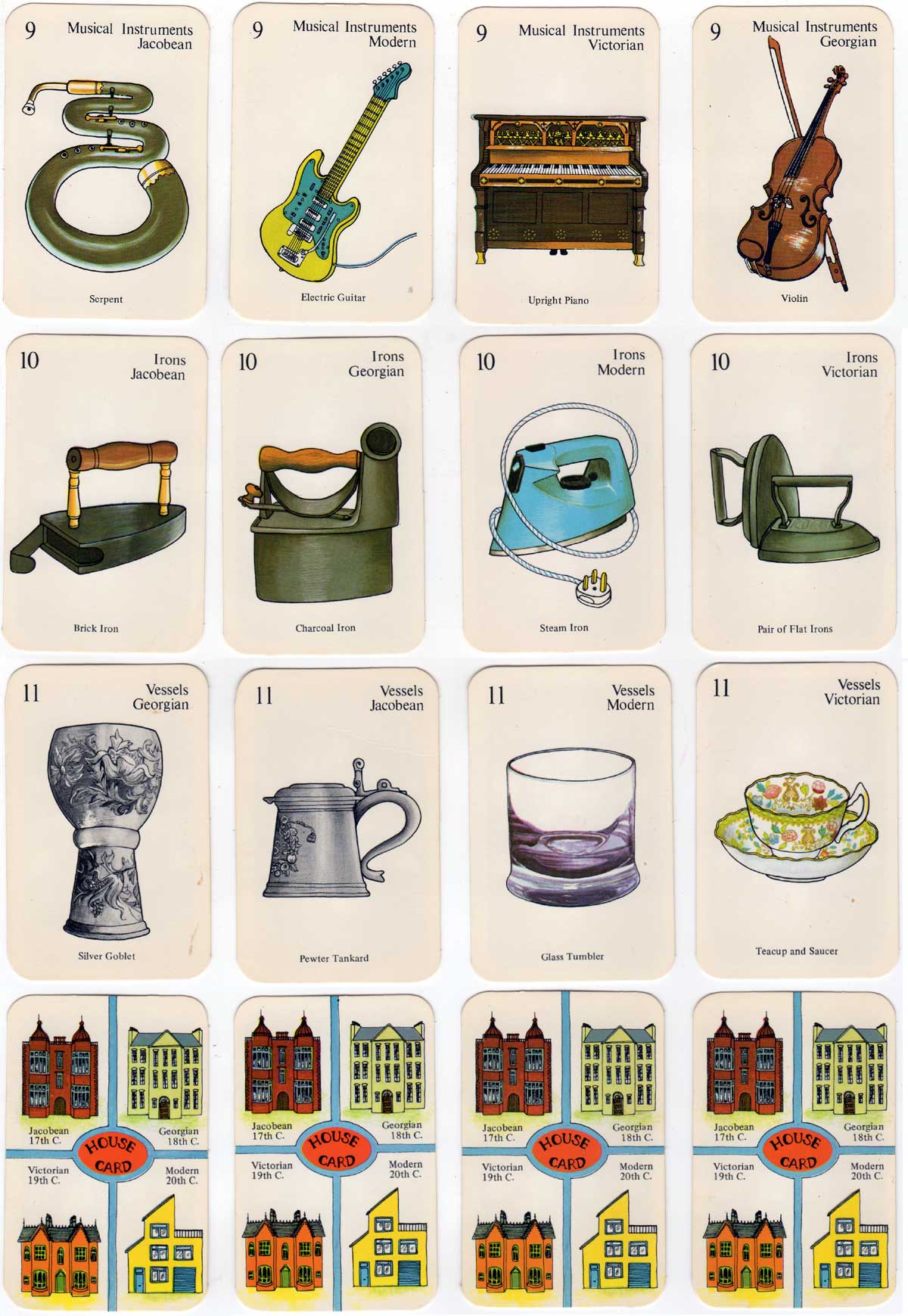 Above: Period Pieces Antiques Game produced for the National Trust in 1976 by Dinosaur Publications. No mention of the manufacturer on cards or box. 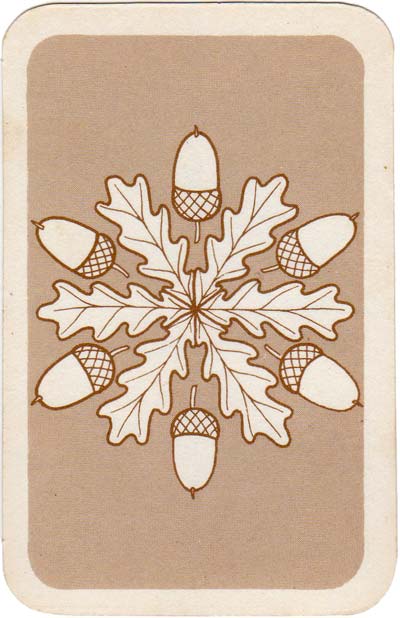