‘Stage’ novelty card game was published in 1904 by C. M. Clark Publishing Co. Boston, Massachusetts with portraits of popular actors and actresses. Contemporary advertising described the game as the “Newest and Best of all Card Games”, “Learned in a Twinkling” and “Never Forgotten” which today might be equivalent to the excitement of playing pokies. Seven branches of drama are represented: Grand Opera, Tragedy, Drama, Comedy, Comic Opera, Vaudeville and Farce, along with Audience, Holiday, Blizzard and Deadhead cards. The object of the game is to be the first player to fill one of the classes of theatre with the artists that belong there and an audience. C. M. Clark Publishing was in existence until 1912. 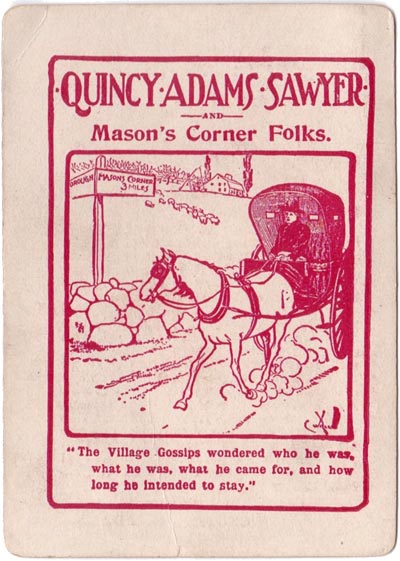 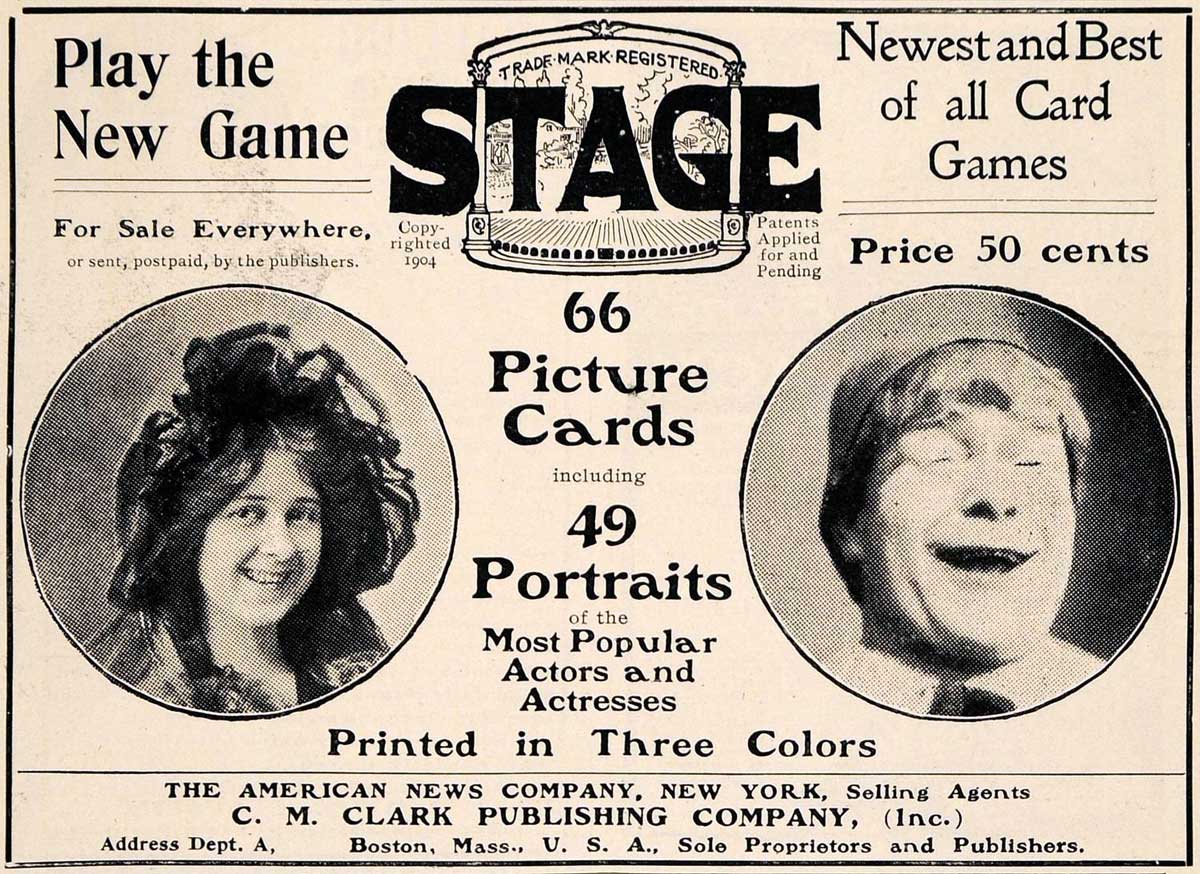