Game of Cities card game was published by E. E. Fairchild Corporation, NY, under their ‘All-Fair’ brand name, in 1932. Seventeen North American cities are represented in sets of three cards each, with the addition of a fictitious city called Taboo, making a total of 54 cards with brief histories of each city printed beneath the images. See the Rules►

A second edition of the game, published in 1945 with only 36 cards, is shown lower down this page. 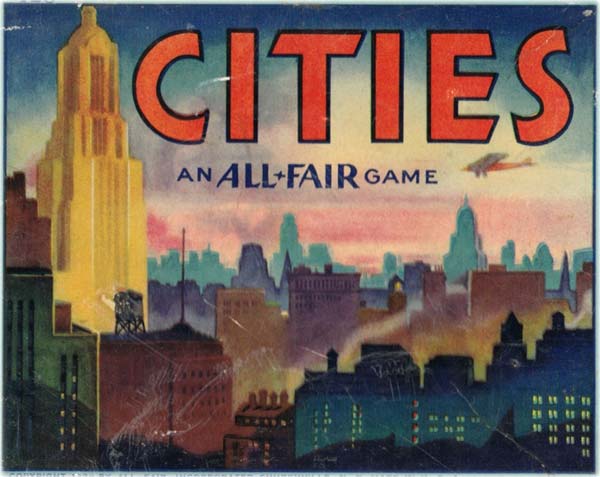 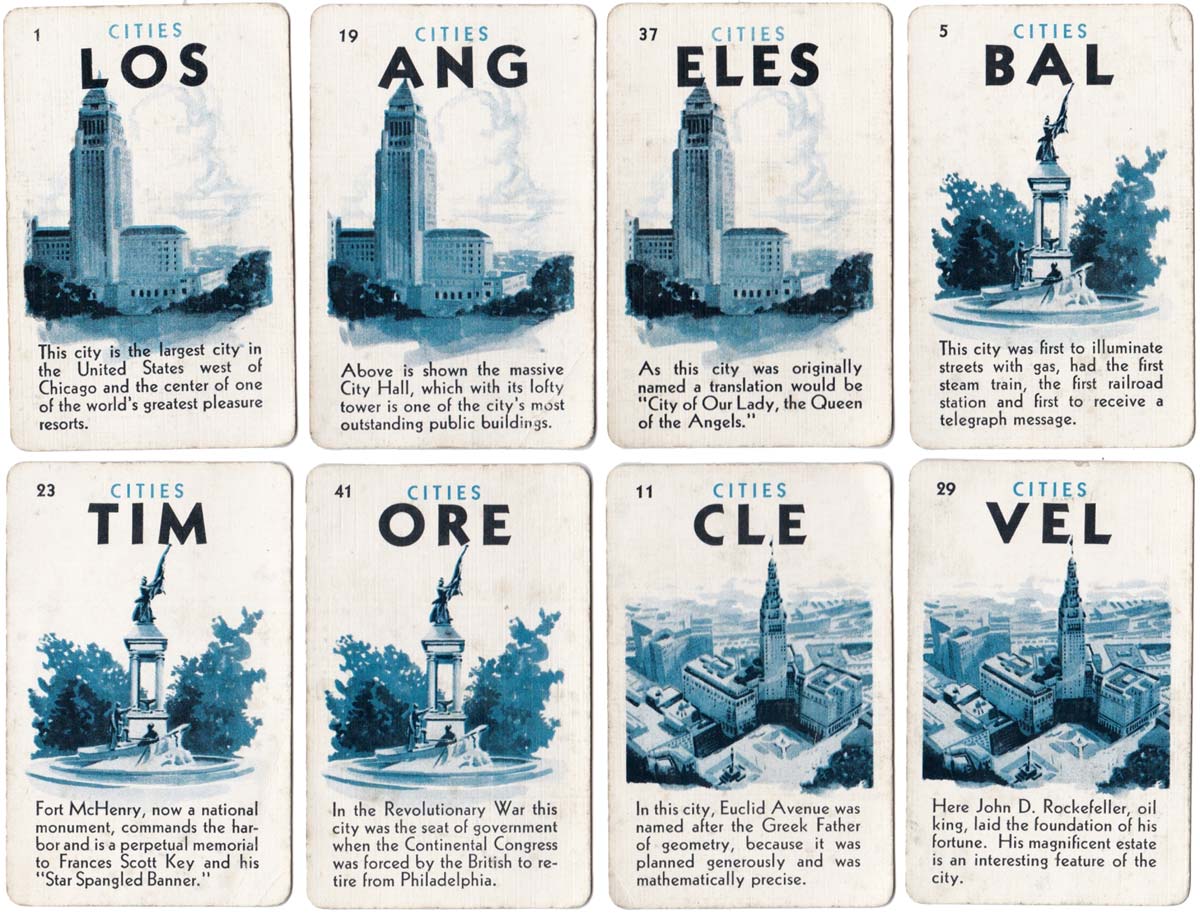 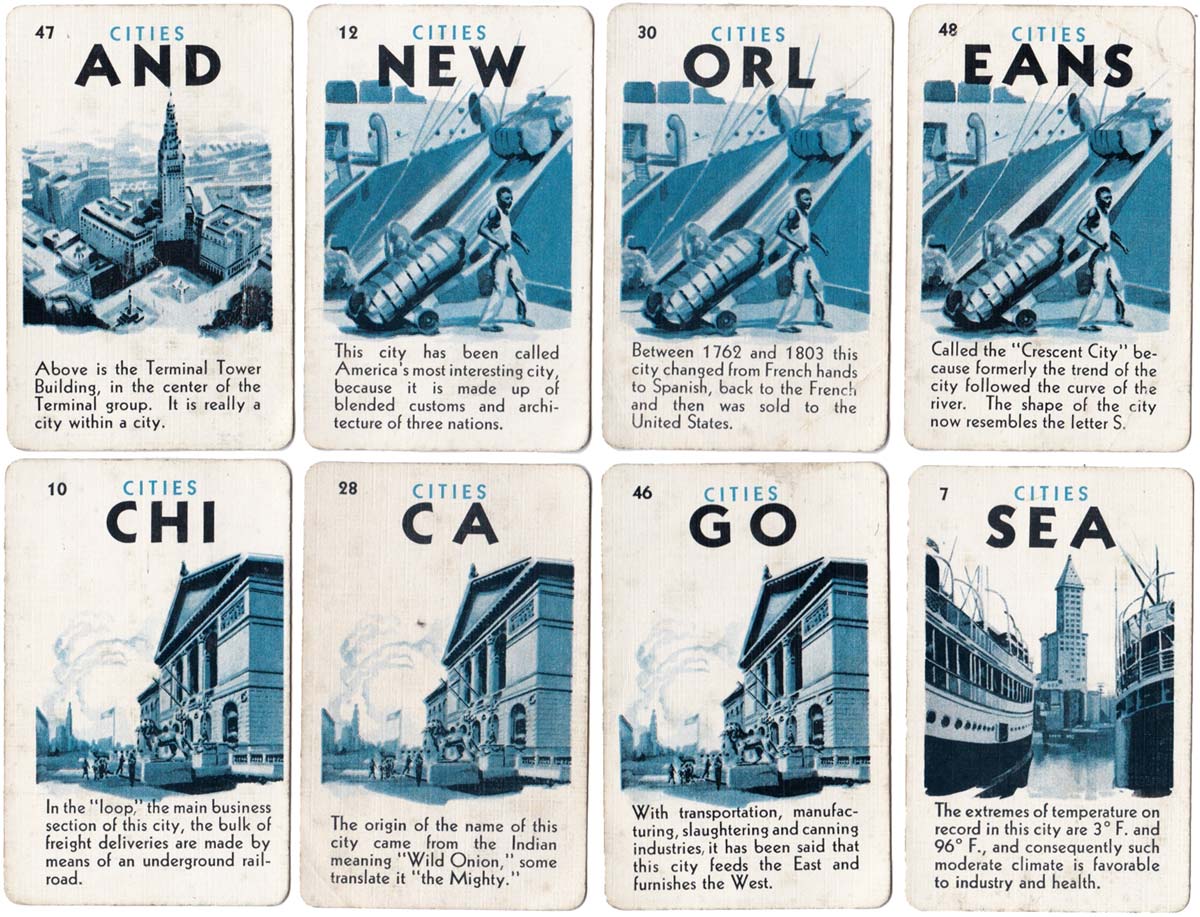 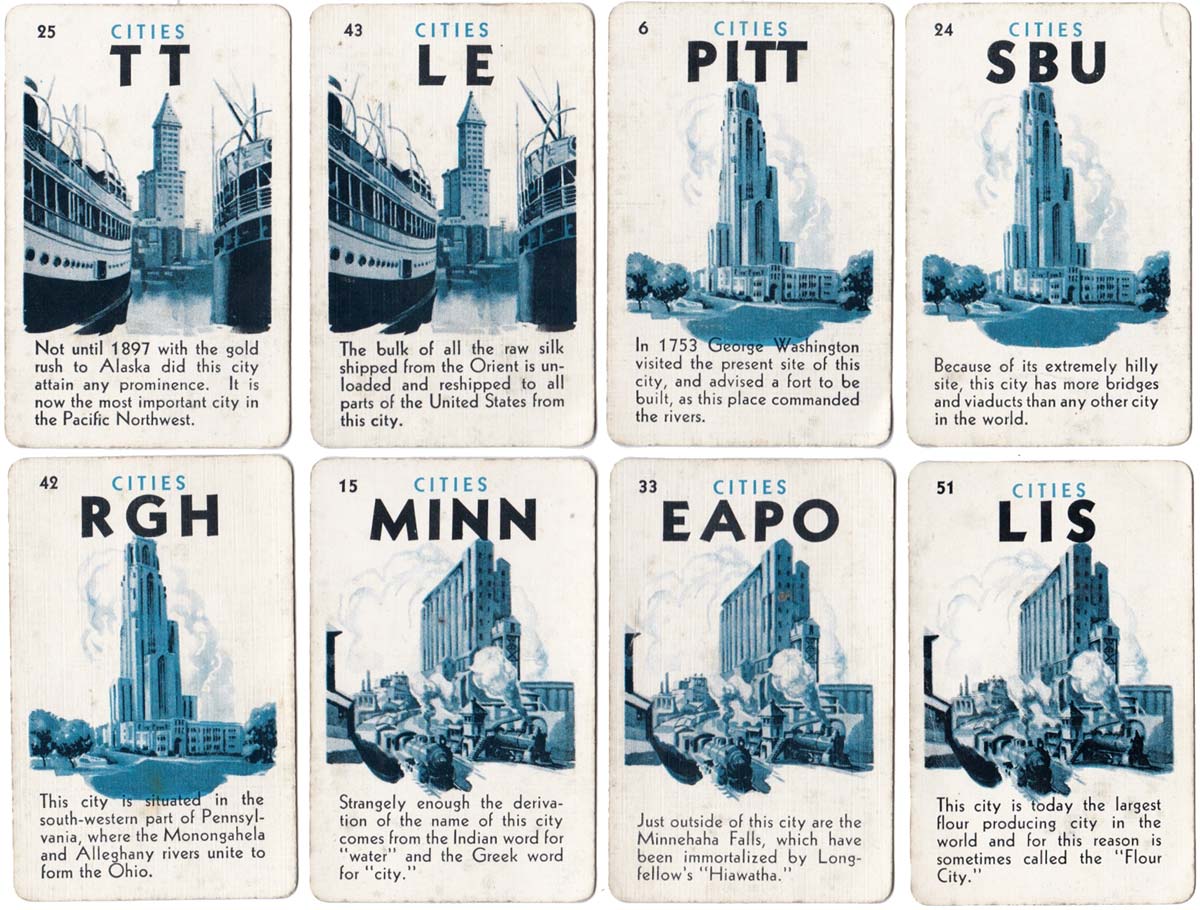 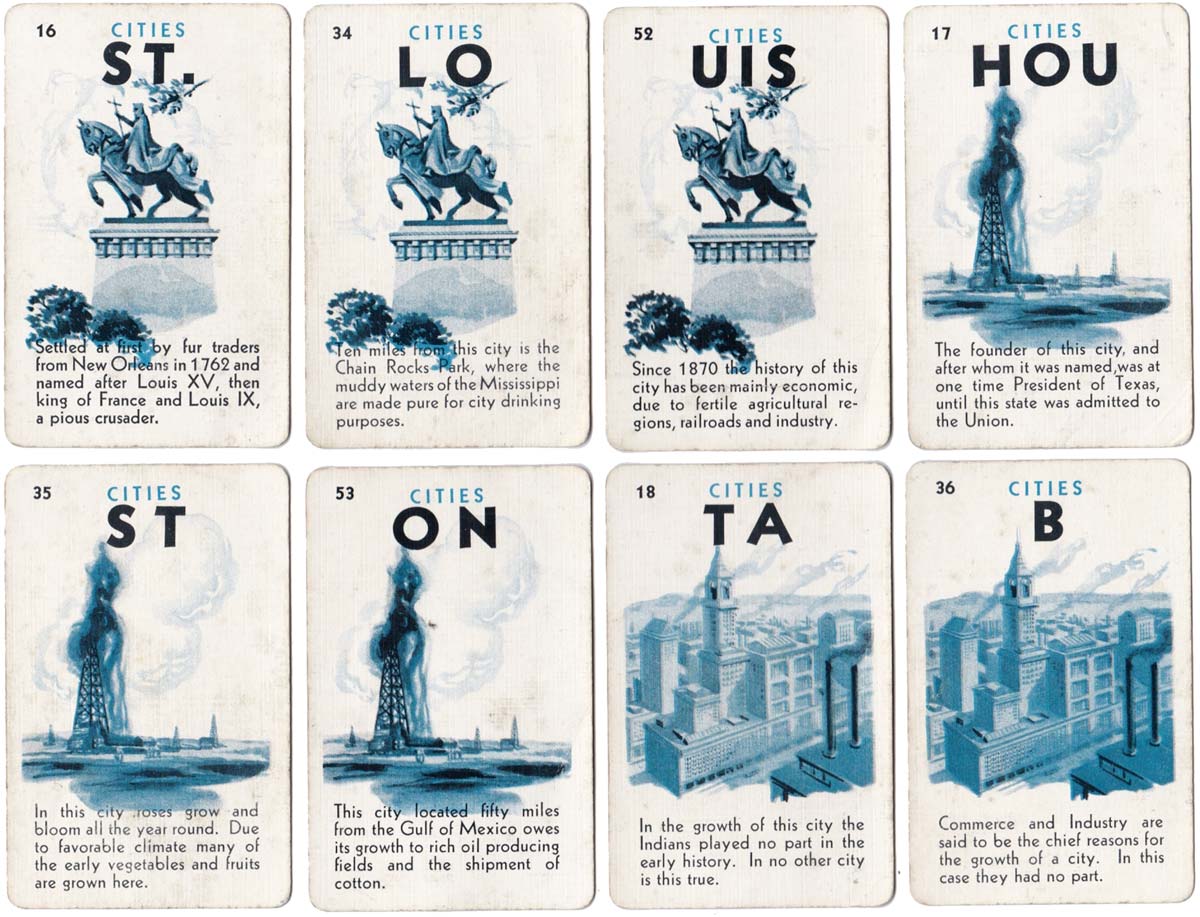 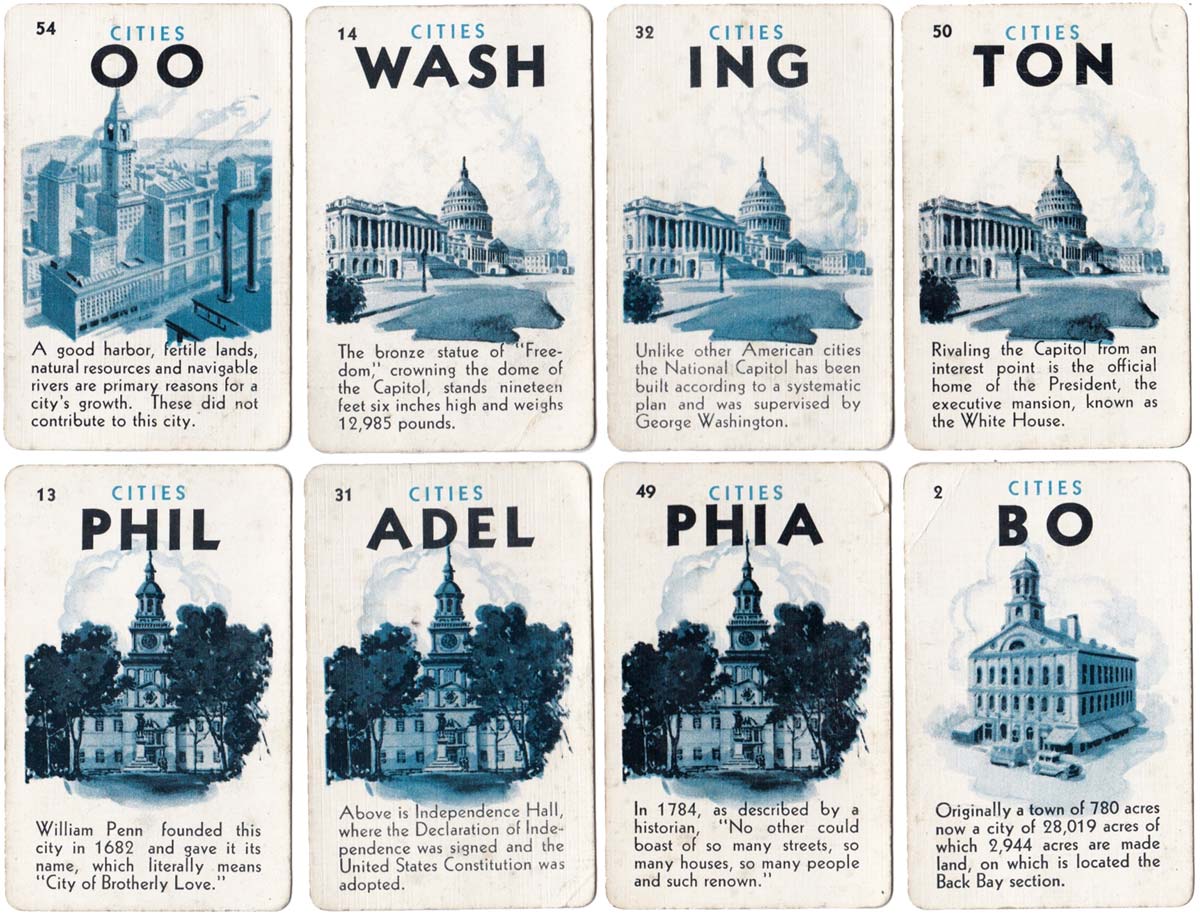 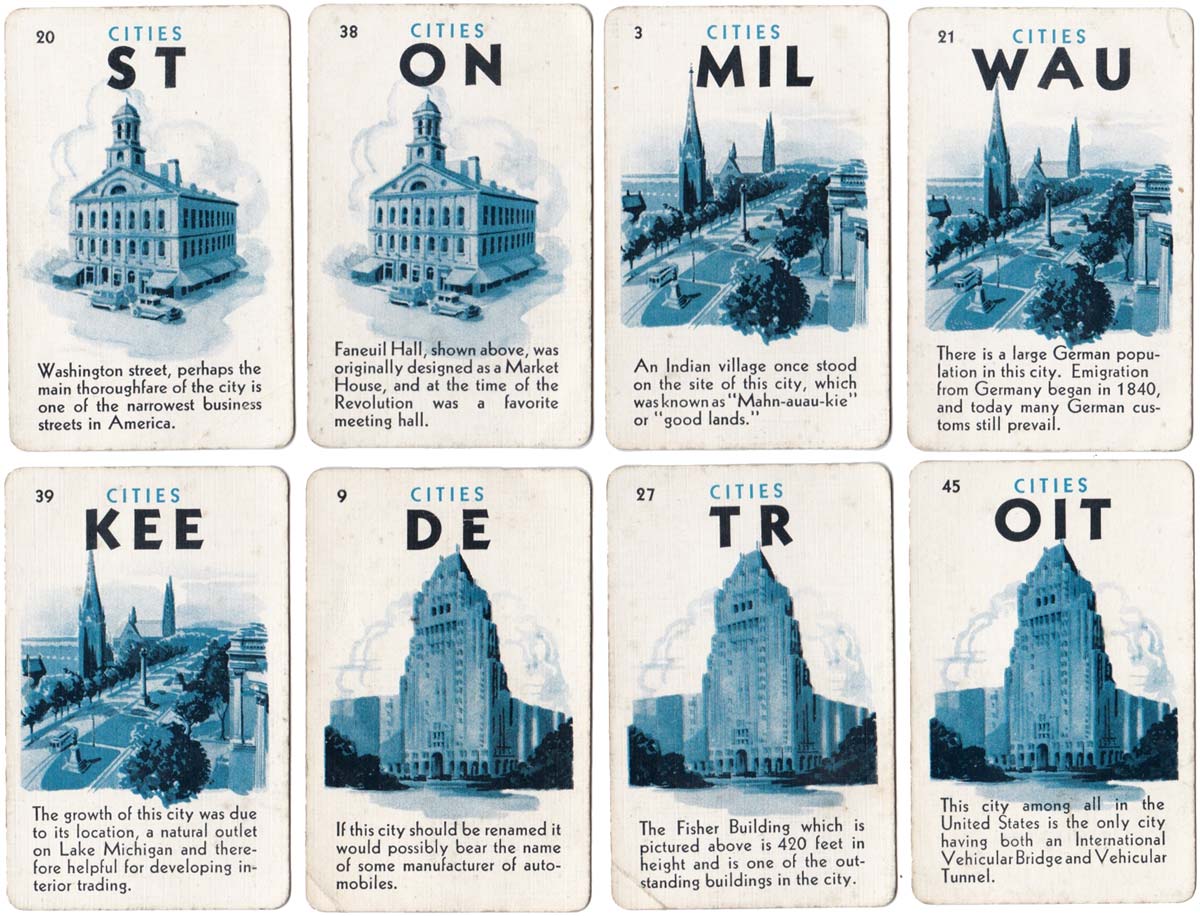 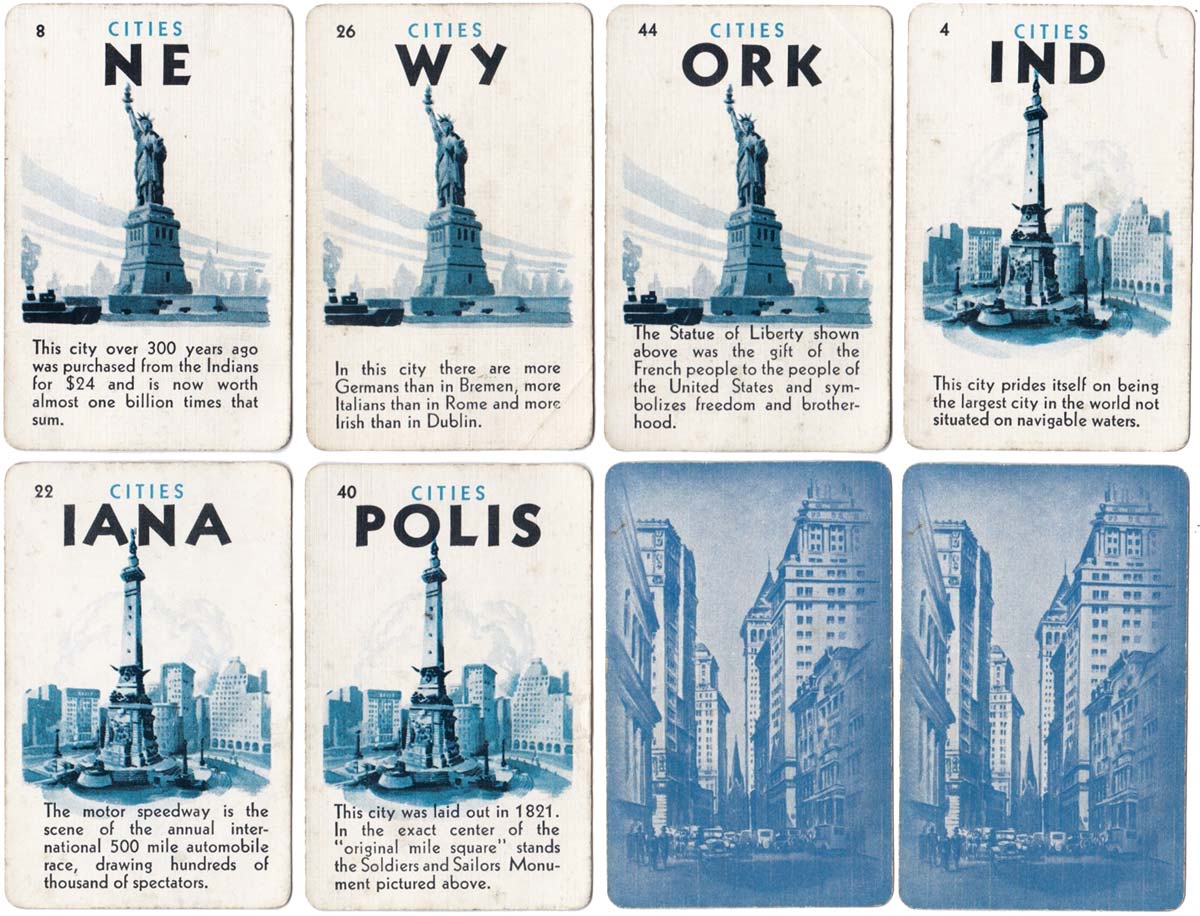 Above: cards from Game of Cities published by E. E. Fairchild Co, 1932. The city of Taboo is fictitious and also a penalty in the game. 54 cards + rules in box.

A second edition of the game was published in 1945 on lower grade materials, probably due to wartime restrictions. Only twelve cities are represented, making a total of 36 cards, with a new back design. This edition has a different method of scoring in the game. See the Rules► 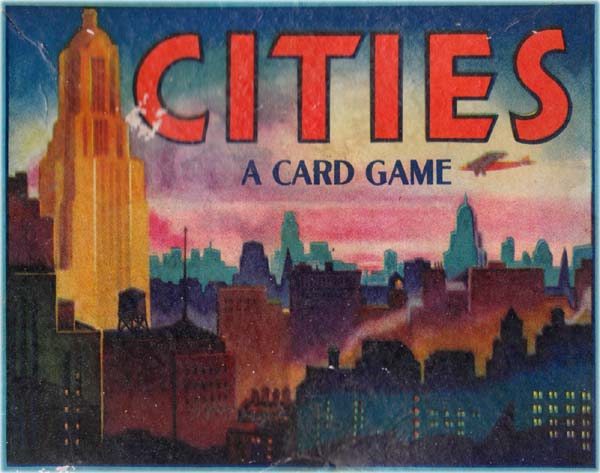 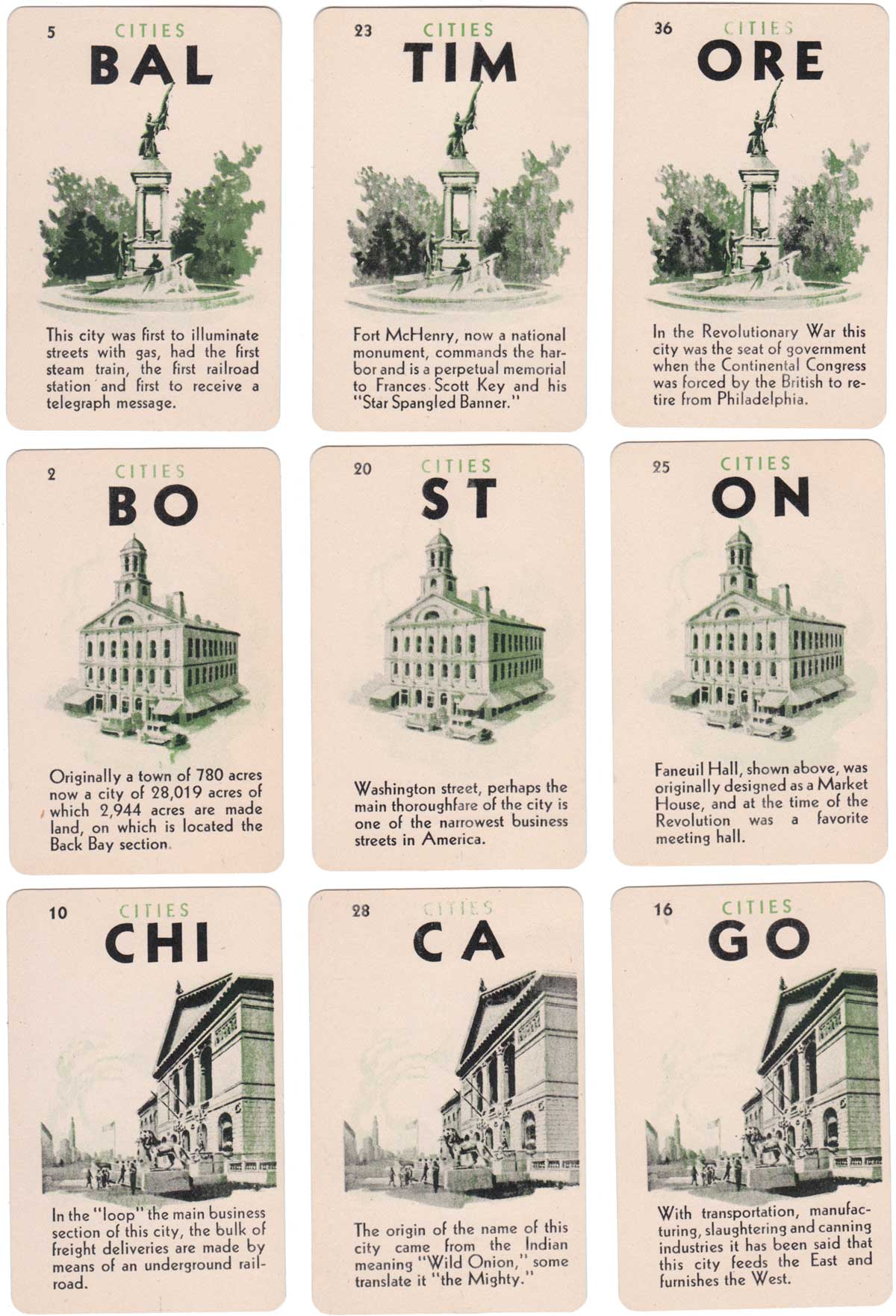 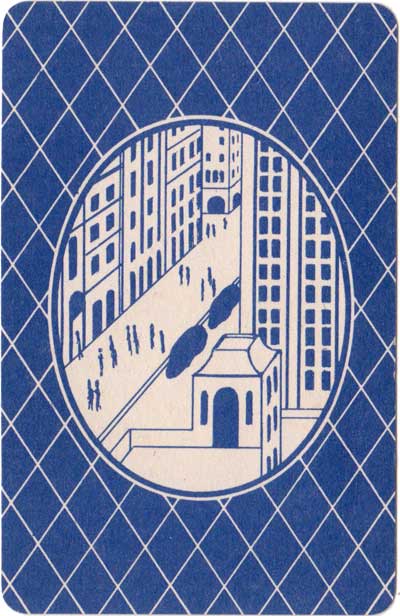