Stars in the night sky have long fascinated human beings, evoking a sense of awe and wonder. Being curious and pattern seeking, we built many images and stories around the constellation patterns that became part of our culture and folklore. We have learnt to carefully observe the motion of these stars in the night sky and express them in the language of mathematics, giving birth to the science of astronomy. 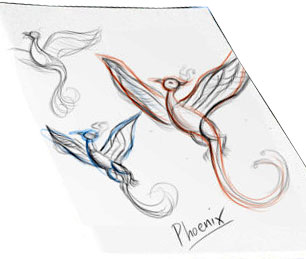 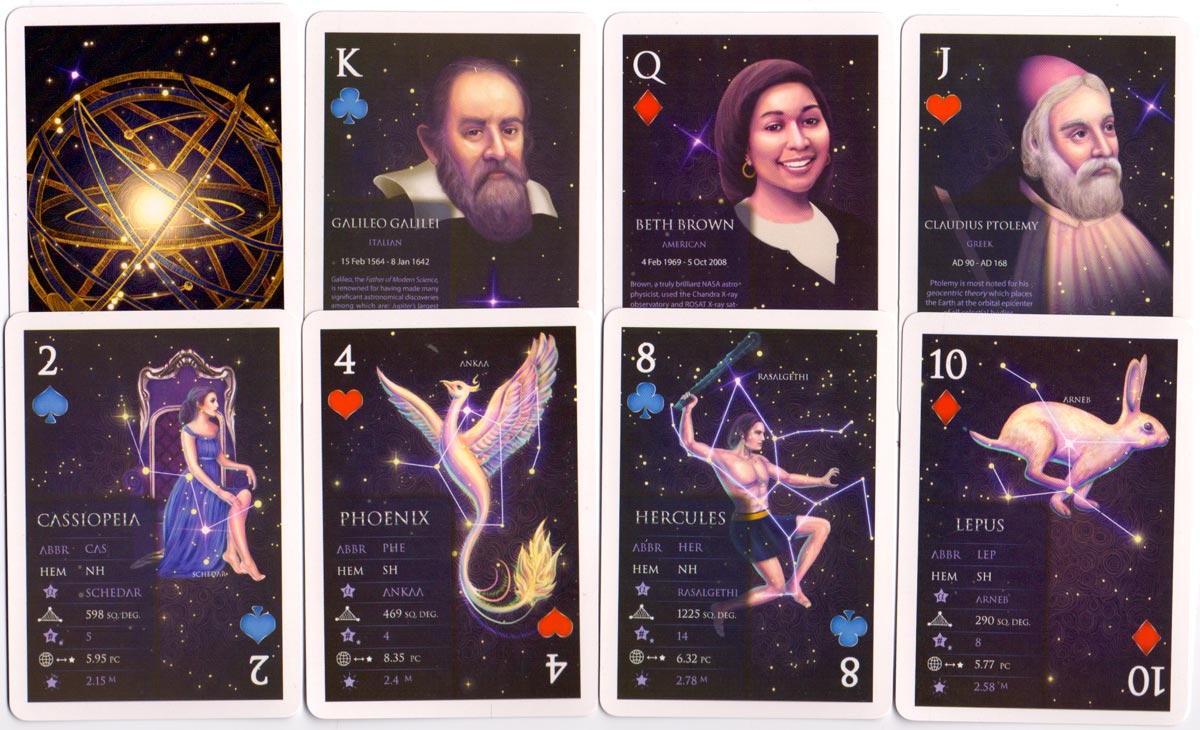 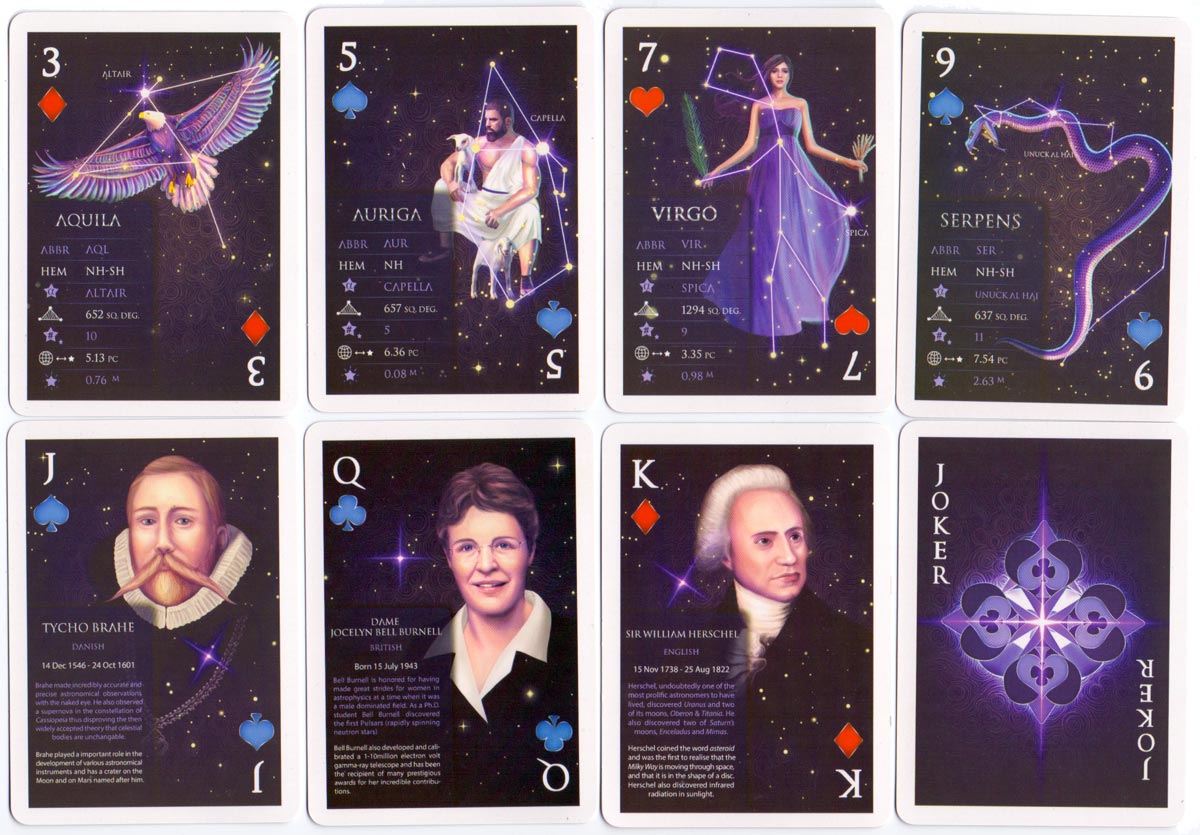 Above: cards from “Star Stack” educational playing cards designed by Jessica Benjamin Purmeswar and published by EduStack, manufactured in India by TM Cards, 2015