A great fashion for educational playing cards had spread from France to Holland, Germany and England during the seventeenth century. The Arms of English Peers playing cards were first published in 1686. Three editions of the pack are known, each with some variations. Heraldry, or a knowledge of the arms and blazons of royalty and aristocracy, had become an important part of a respectable education. Each card gives the armorial shields of two, three or four of the Lords Spiritual and Temporal, surmounted by a large coronet or mitre. The value is indicated by a suitmark with a numeral or letter in the upper left corner. Backs plain. 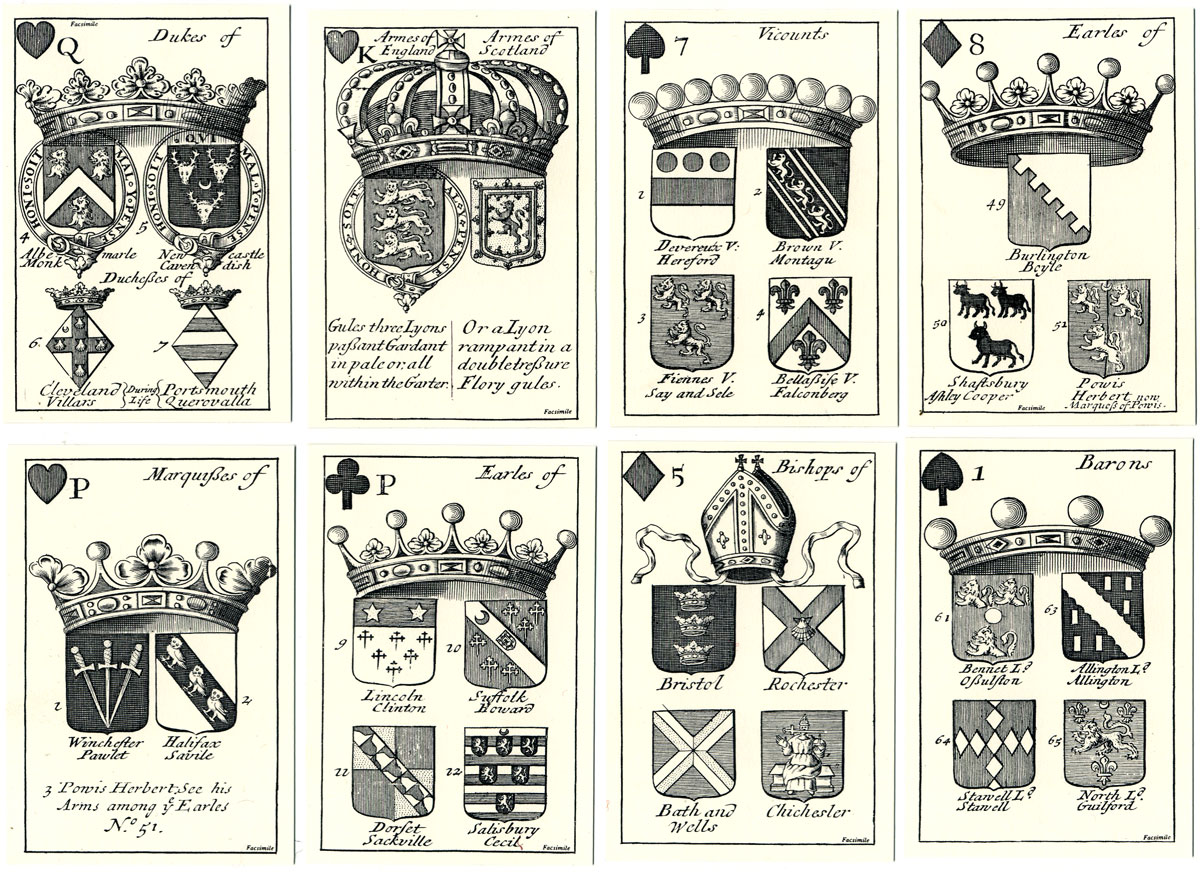 Above: cards from the facsimile edition courtesy Giles de Margary. Packs can be ordered directly from www.harrymargary.com►

The arms of the peers are arranged according to rank in each suit: archbishops and dukes are superior to earls and barons. It is obvious from the differences which can be observed in the different editions that every effort was made to keep up to date with deaths, successions and creations of titles, which is a measure of the importance attached at that time to having an exact knowledge of contemporary blazons. This facsimile edition is from the range published by Harry Margary►