Having moved to Wales, Richard started on a beginners’ Welsh course in Camarthen. “In the process of learning, we engaged in games using playing cards. It was at such a class when the tutor apologised for not being able to use Welsh playing cards. I immediately wondered why? That evening I explored the web to discover that you could purchase playing cards with the Welsh National Flag on the back and you could also purchase Welsh numbered flash cards. With this in mind I set about the idea of combining these two elements to come up with my solution for Welsh Language playing cards. Anyone interested is more than welcome to contact me at [email protected] for further information”. See my original sketch► 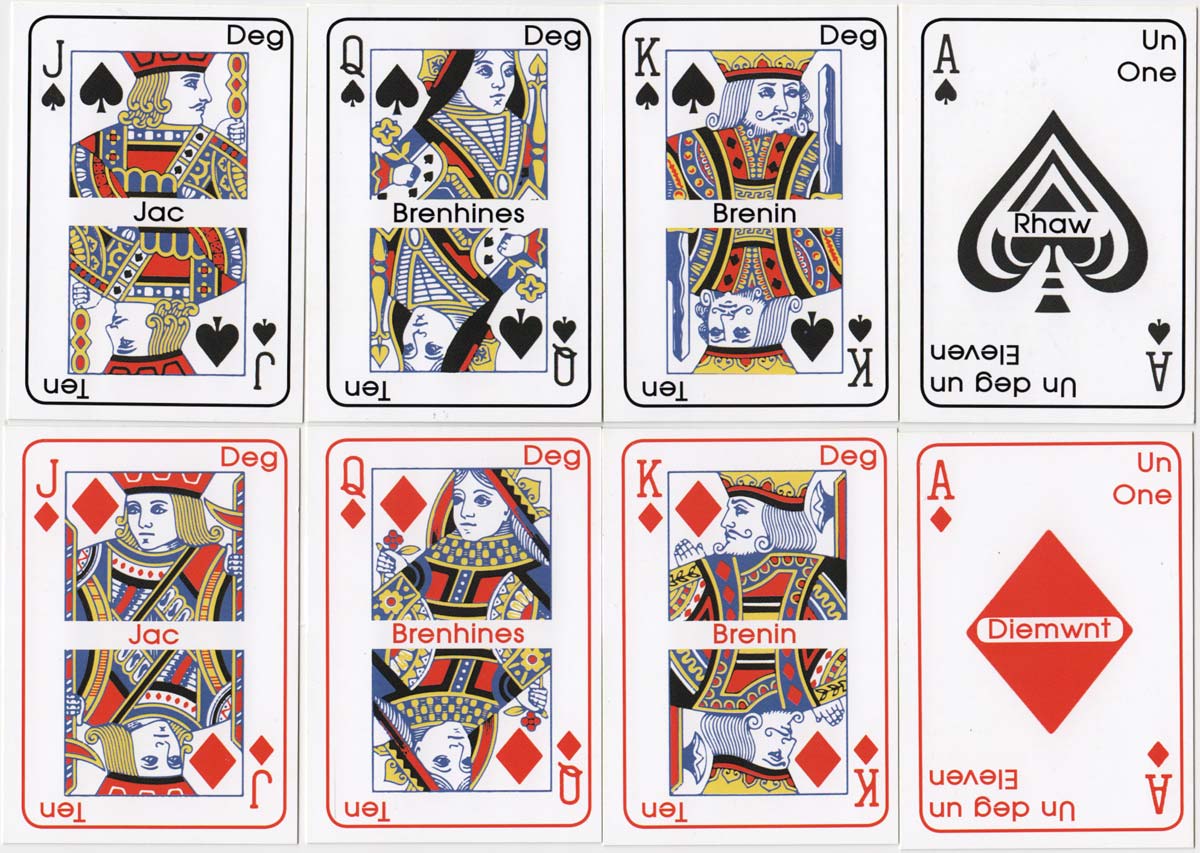 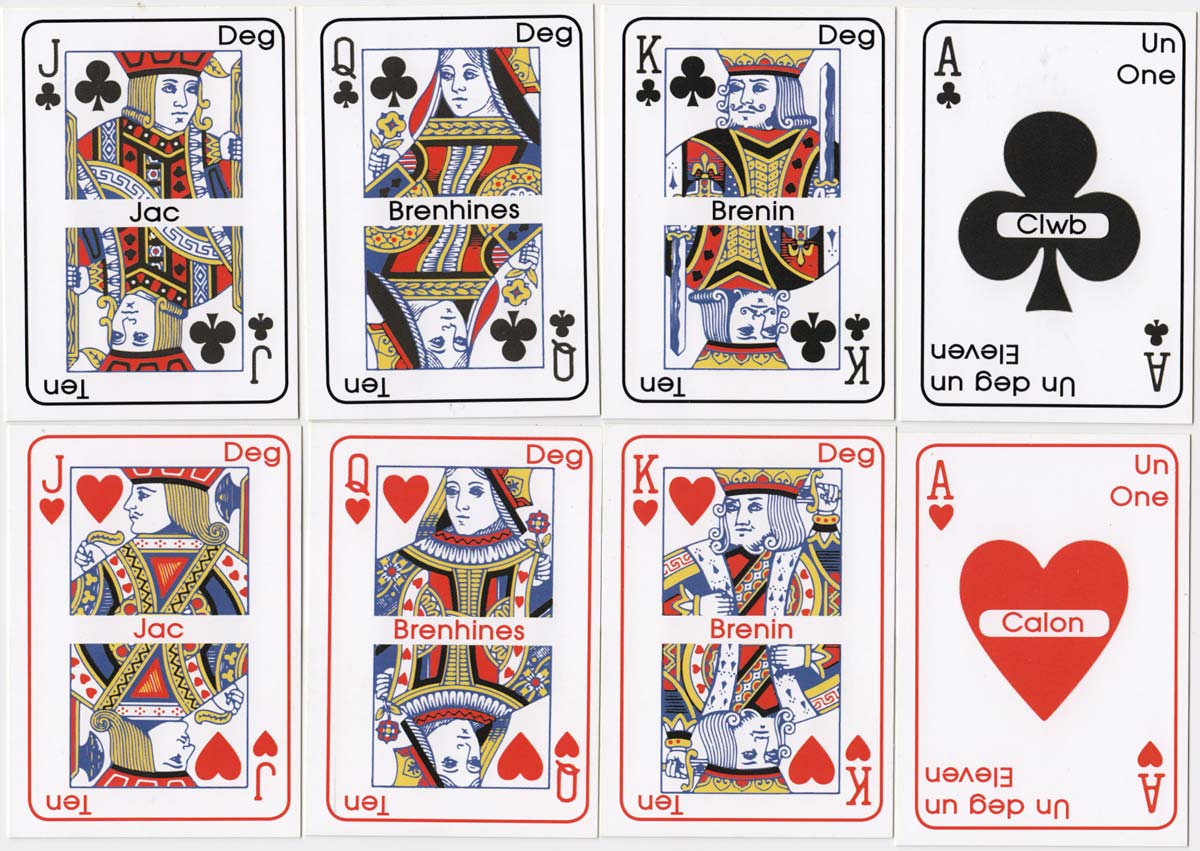 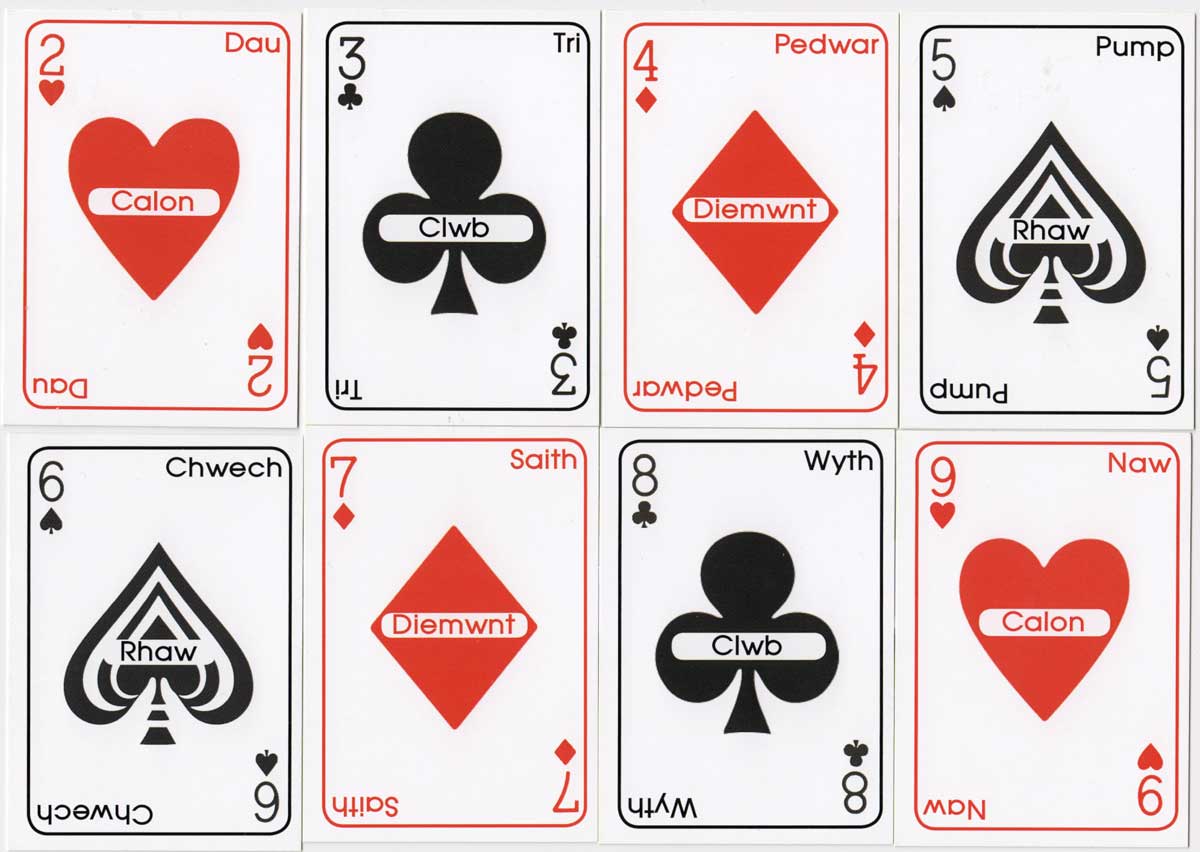 Above: Welsh Language playing cards designed by Richard Ruston-Burgess and printed in Wales by Gomer Press, Carmarthen, 1st edition 2020. 52 cards + 2 ‘Jocer’ cards + title card (square-cornered cards) in cardboard band. The court cards are essentially the old double-ended Goodall/De la Rue designs with the names in Welsh in the central area and their numerical values during play in the corner, in Welsh one way and English the other way. The pip cards feature one central suit sign instead of traditional arrangements for each number. The name of the suit is inscribed in Welsh in the centre, and the numerical values are also spelt out in Welsh. The 2 ‘Jocer’ cards feature four Welsh dragons with a jester or card-wizard in the middle. The reverse has a Welsh Dragon against a green & white field with the four suit signs at each corner.